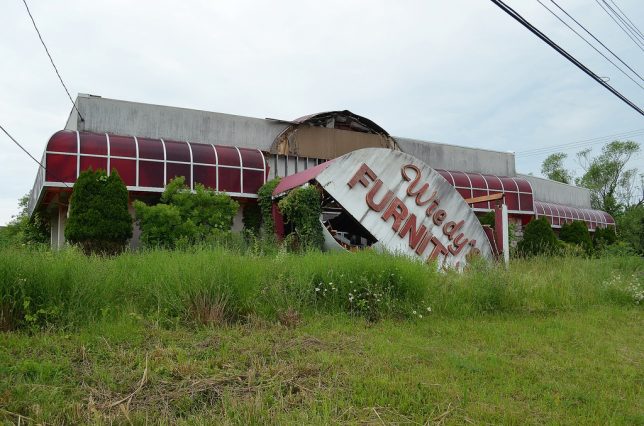 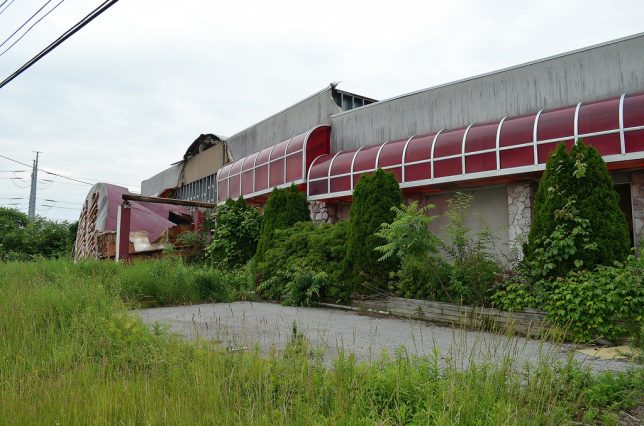 The abandoned Wiedy’s Furniture store in Middletown, New York used to be a roller rink and Flickr member Richard’s (rchrdcnnn) photos offer a tantalizing glimpse of its former glory. “On the way to church today I noticed that the canopy on the vacant former Wiedy’s Furniture seems to have collapsed in the recent rain,” explains the photographer. “It was originally a roller rink. After the furniture store closed it was an indoor flea market for a while. It is empty now waiting a buyer.” One would assume the asking price just dropped. 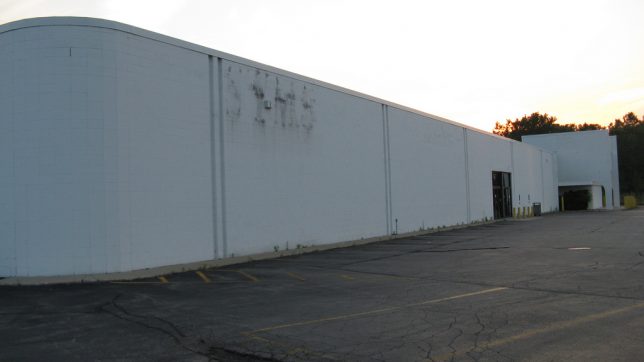 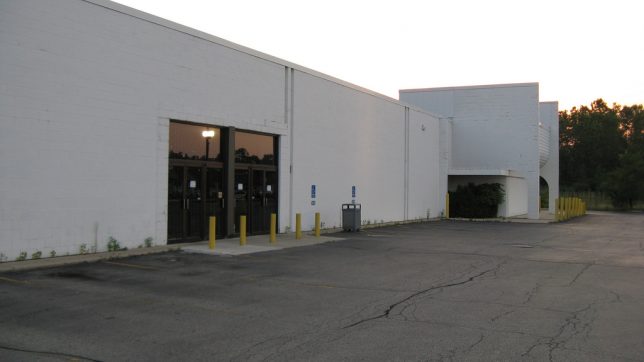 Architecture nerds have long decried the demise of eye-catching design exemplified by far too many modern commercial buildings. The abandoned Axel Roller Rink in Niles, Illinois perfectly illustrates those concerns. Seriously, is that a building or the box it came in? In any case, Flickr member Eddie Kwiatkowski (Eddie from Chicago) advises us the roller rink briefly enjoyed a second life as a SYMS Warehouse store before throwing in the towel around 2009. 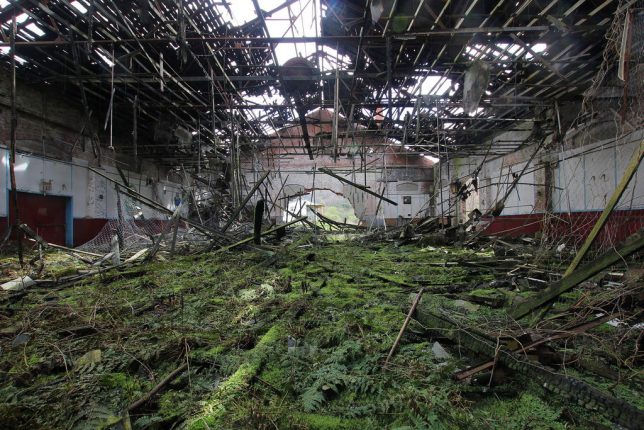 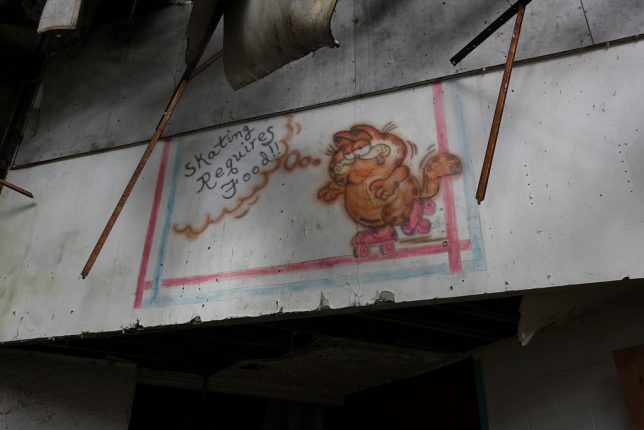 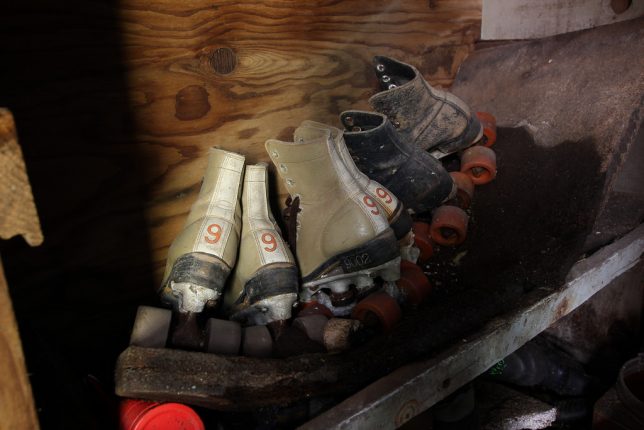 Flickr member Ben Garratt (mookie427) doesn’t say where this VERY abandoned roller rink is, nor what its name was – a good thing for those who enjoy our urban exploration without “contributions” from squatters, vandals and graffiti artists. Also good is the fact he’s posted 34 photos of the decrepit roller rink taken in late April or early May of 2016. 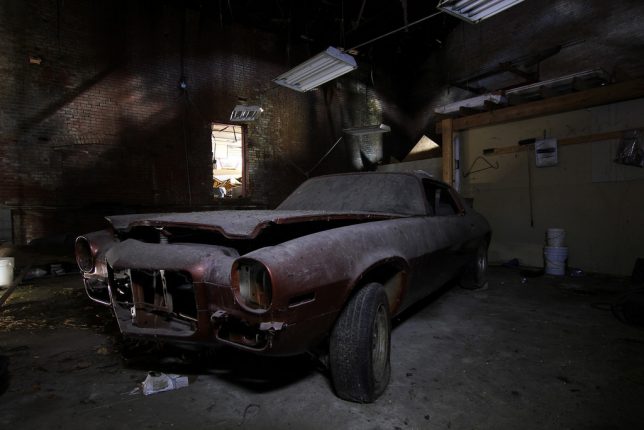 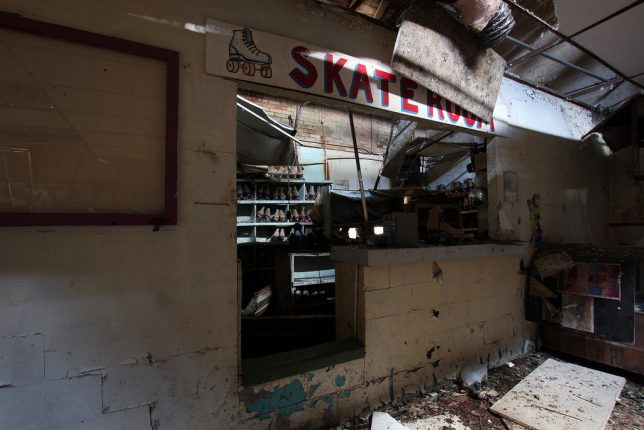 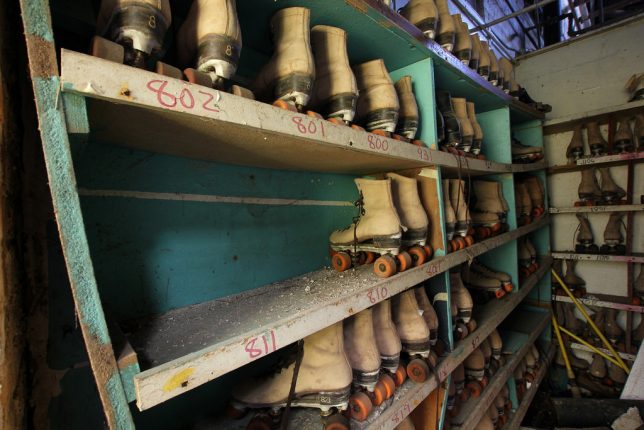 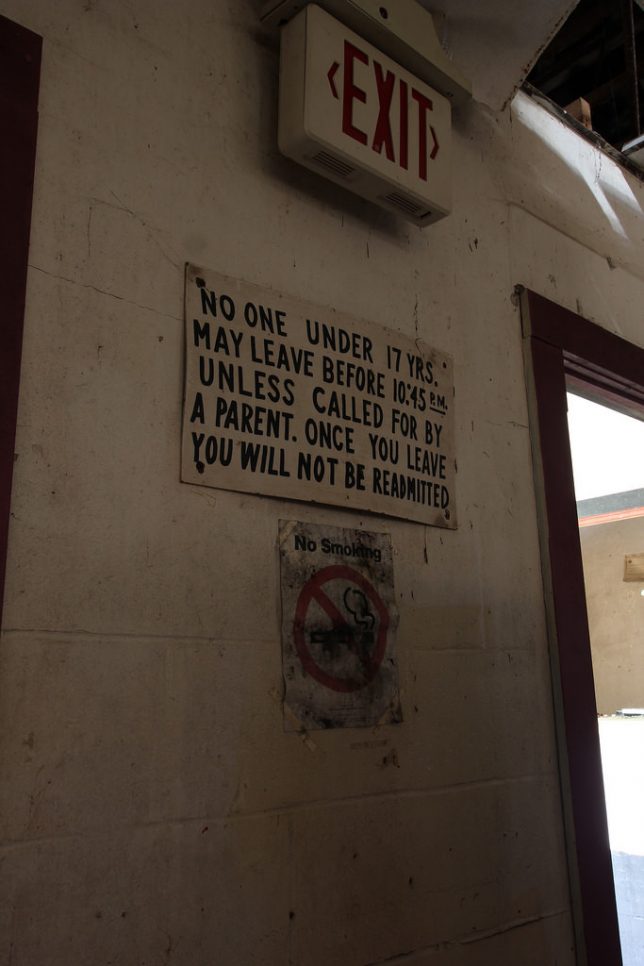 The photographer titles his Flickr photo album “Camaro Roller Rink” buts that’s just because there’s an actual early-70s Chevy Camaro (or the ravaged remains thereof) terminally parked in the rink’s garage. The disco-era mean machine isn’t old enough to be a “barn find” but it does serve to mark the heyday of roller skating rinks while signifying their decline and fall.