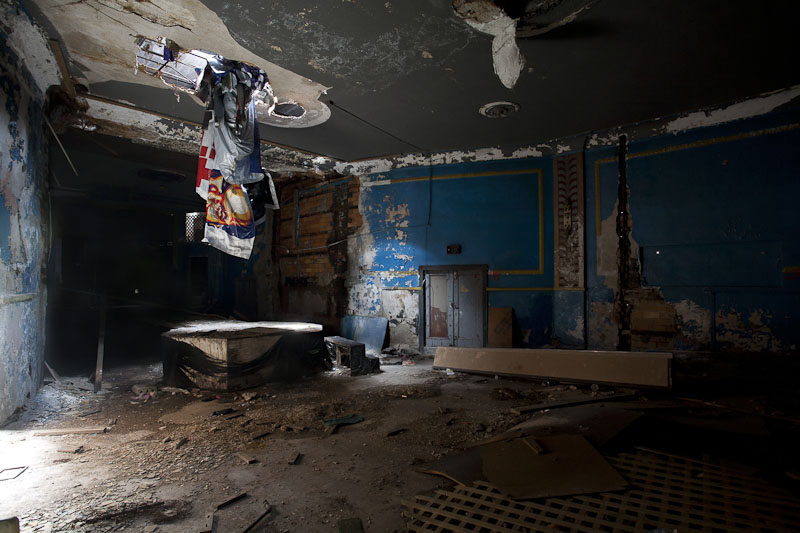 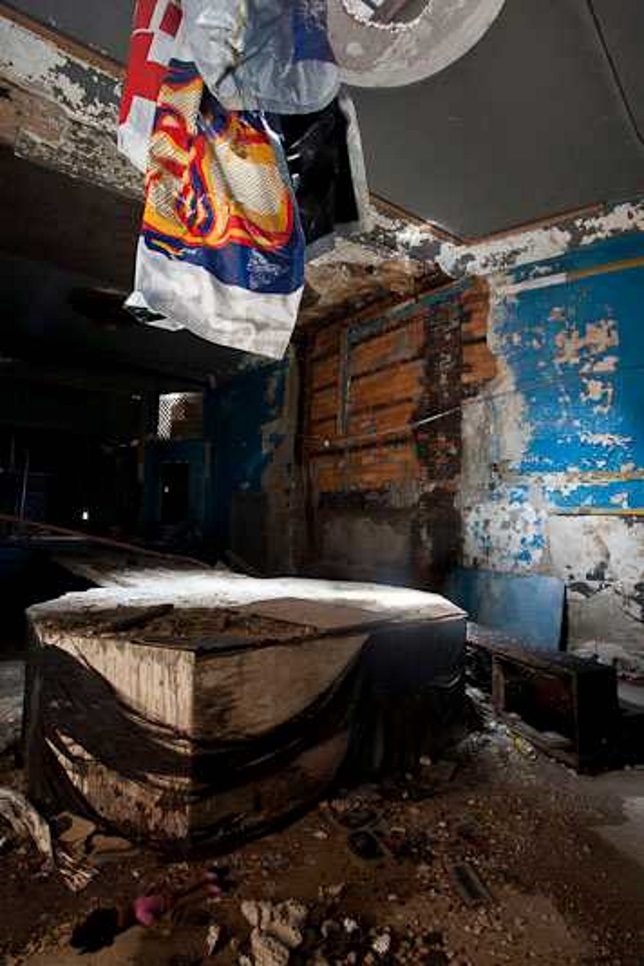 The bedraggled Franklin Theater was once a posh picture-show palace that seated 350 privileged patrons per sitting. Opening in the late 1920s – arguably Detroit’s golden age – the Franklin gradually deteriorated along with the rest of the Michigan metropolis. The name was changed to “Guild” in 1962 and the fare fell from first-run flicks to foreign art films to, finally, xxx-rated offerings. Kudos to Detroiturbex.com for snapping these gritty images. 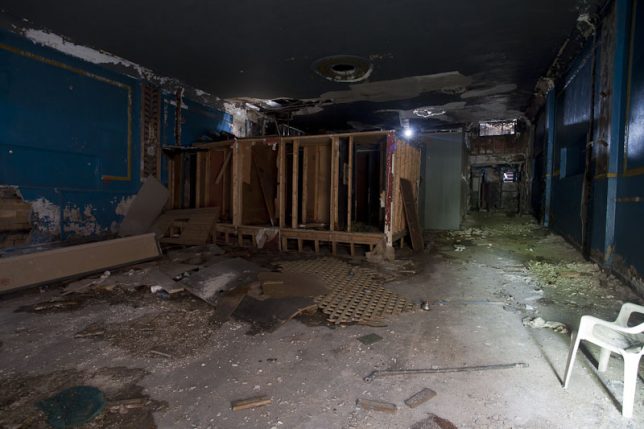 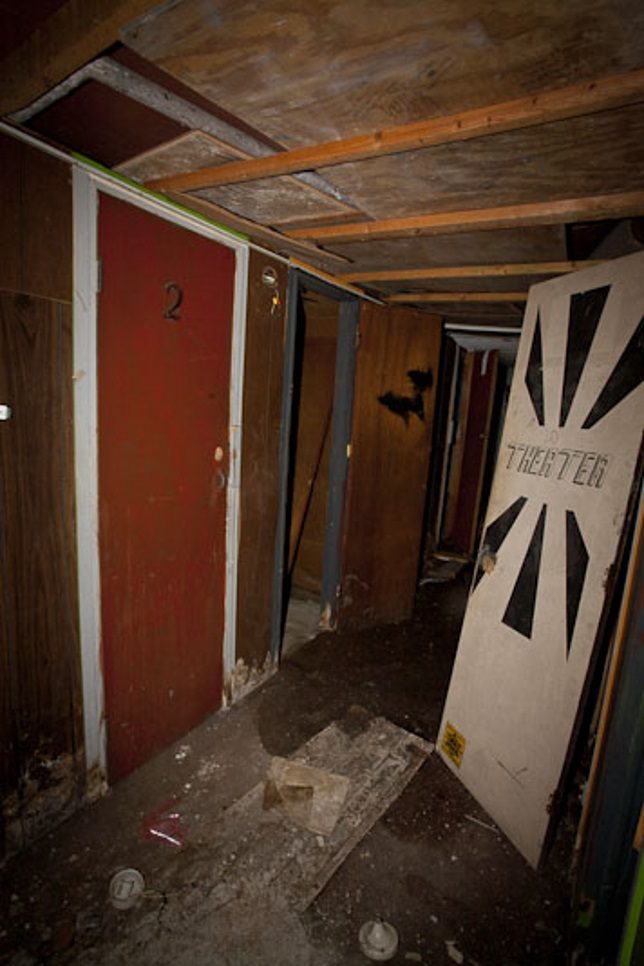 Like many movie houses forced by changing economic conditions to cater to society’s baser desires, the Franklin/Guild installed private “entertainment” booths in 1992. This audience-friendly feature allowed the theater to hang on another decade or so until it met the sad fate common to far too many Detroit establishments: abandonment, neglect and vandalism. 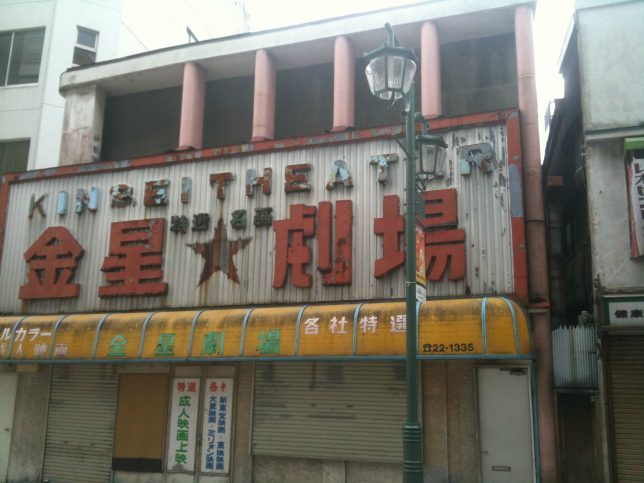 The Kinsei Theater in Yokosuka, Japan managed to hold out well into the 21st century though more recent photos appear to show a more expected outcome. As grungy as it looks, the Kinsei Theater hasn’t decayed much from its heyday… perhaps inherent grungy-ness comes standard when one opens an adult theater. 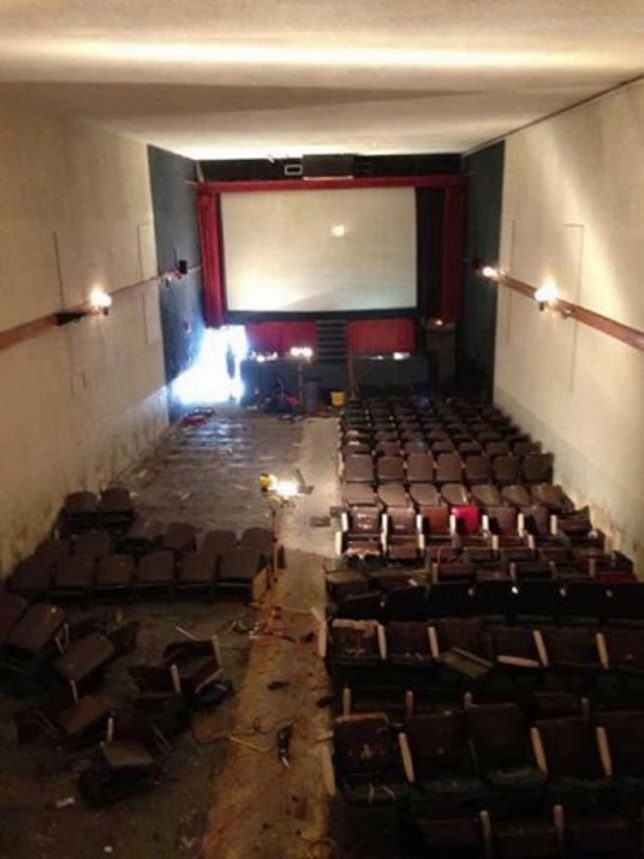 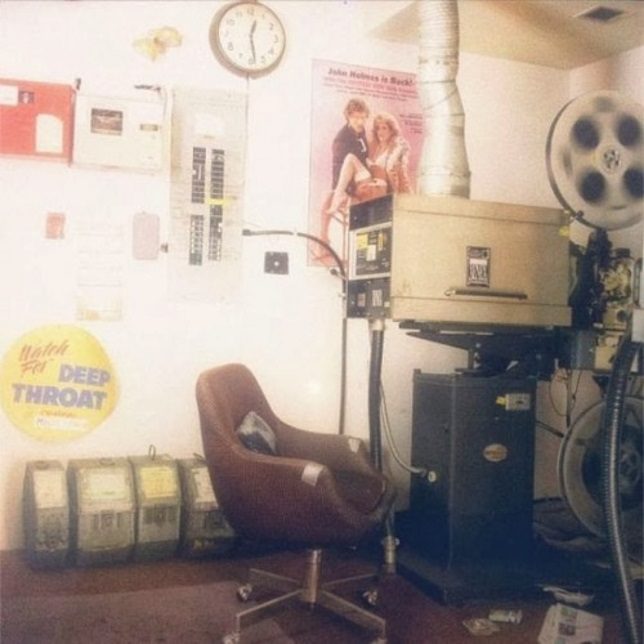 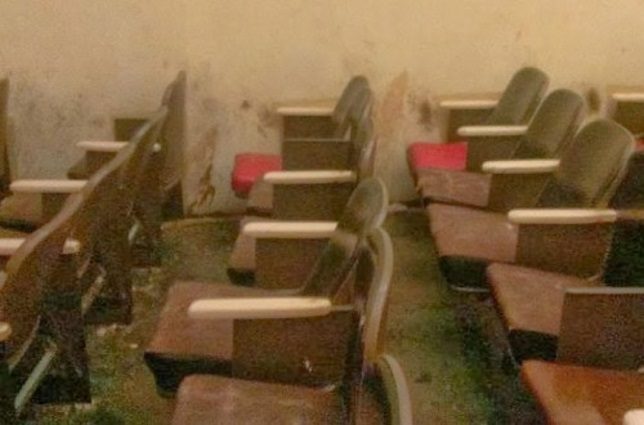 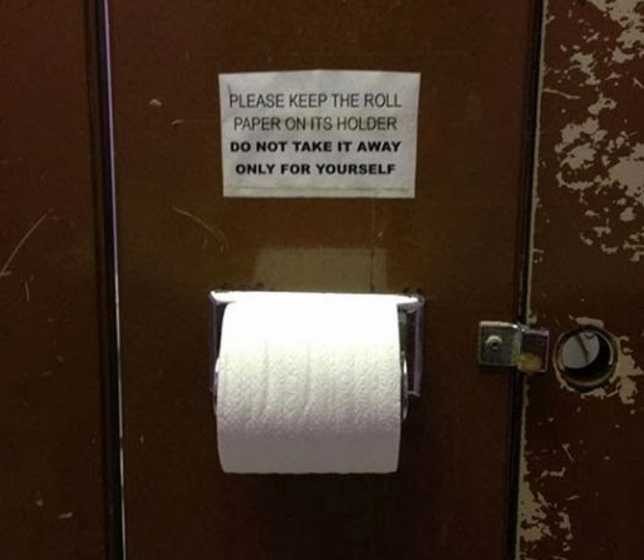 This unnamed abandoned adult theater doesn’t look too grotty in the light… provided said light isn’t of the UV variety. Credit the nice folks at Bugaga.me for the images above; hopefully they washed up REAL good after they left. 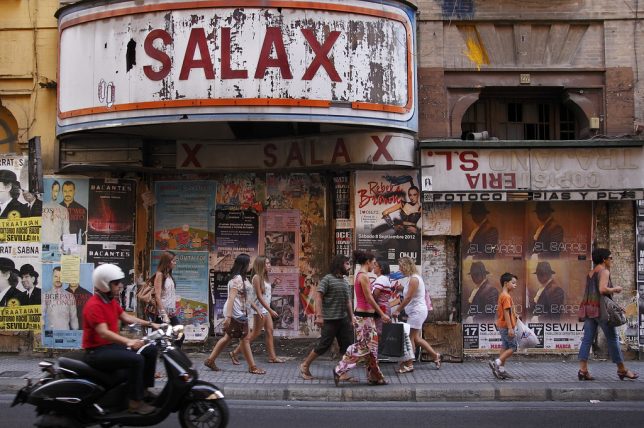 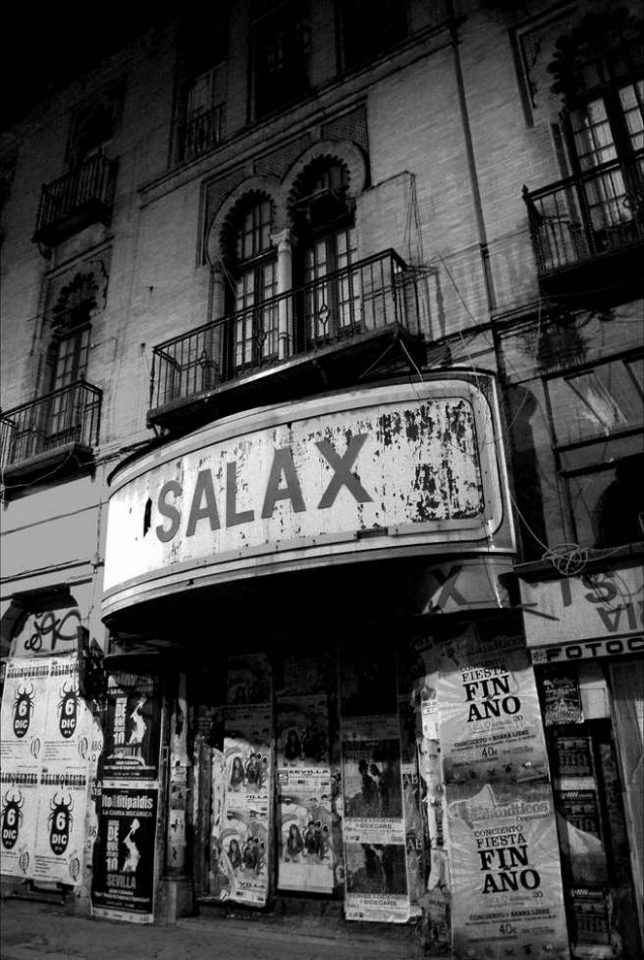 Flickr user Emanuele (zak mc) captured the rich tableau above on September 5th of 2012. A casual crowd of all ages traverses the Seville, Spain street completely oblivious to the decrepit SALA X adult movie theater moldering away on the sidelines. Note the curious upside-down sign just to the right of the theater. Contrast Emanuele’s take of the SALA X with the monochrome shot by Alejandro Pacheco taken – presumably at night – two years earlier.