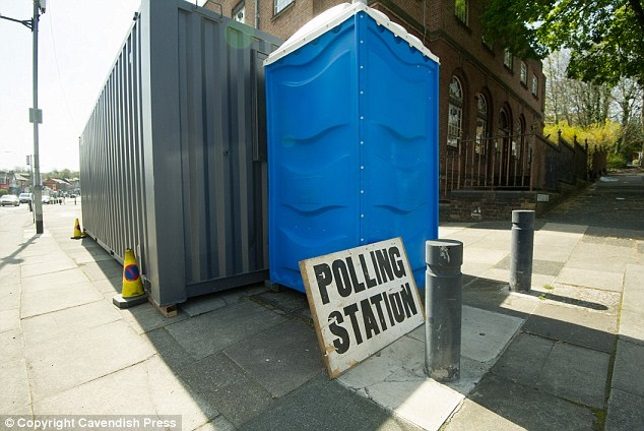 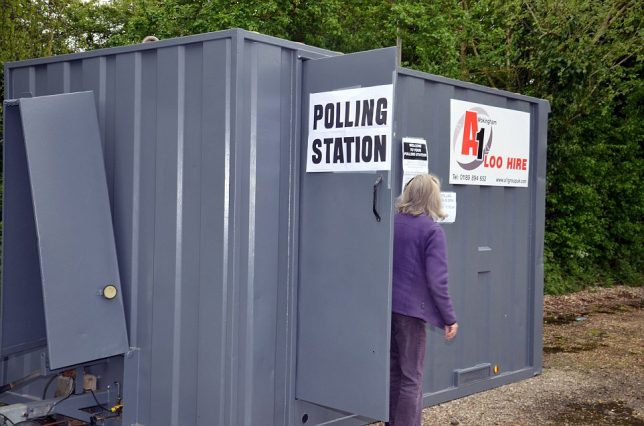 Winston Churchill could have had the above “crappy” polling stations in mind when he famously stated, “Democracy is the worst form of government, except for all the others.” Of course, the pictured voting places were snapped just recently while Churchill made his speech in 1947… and of course, today’s crop of candidates can’t hold a candle to the indomitable British Bulldog. 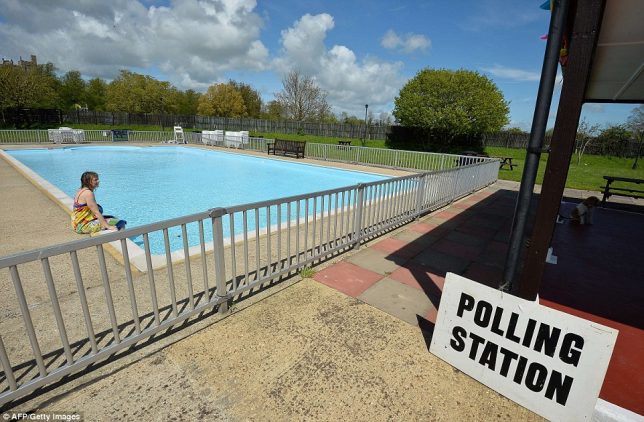 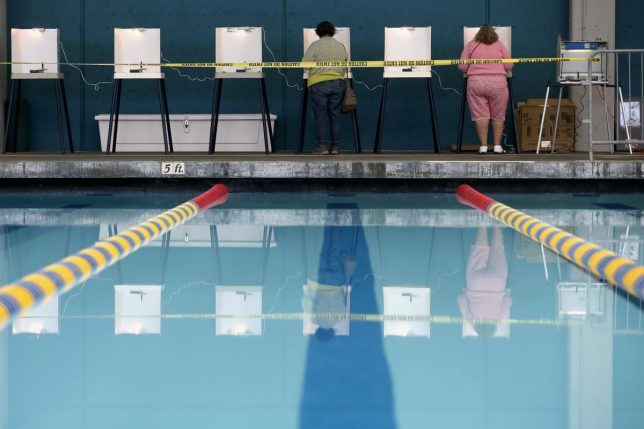 So this year’s pool of candidates is a tad shallow, we get it, but don’t let that deter you from making some waves on election day. Voters in West Sussex, UK can do that literally after voting at the Arundel Lido. Americans shouldn’t feel they’ve been left high and dry either, as the next image depicts voting booths set up at a swimming pool in Los Angeles.

Tanks For Your Support 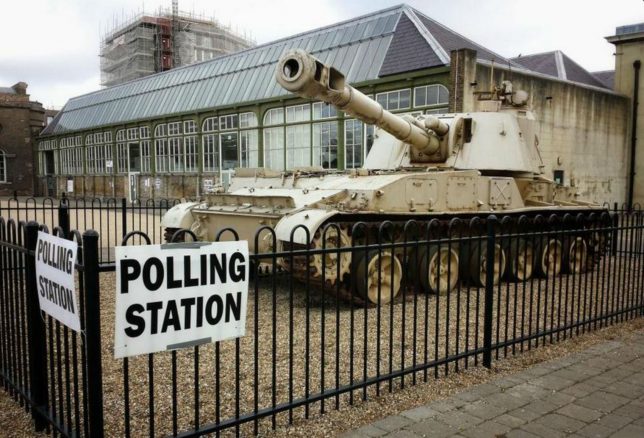 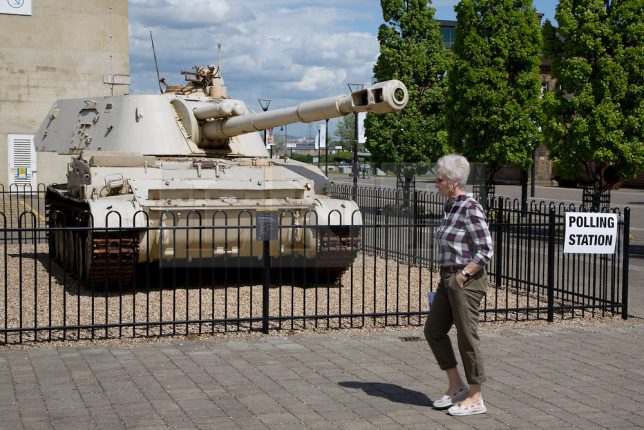 Tanks but no tanks to voter intimidation, says Twitter user Lori Smith who conquered her fears to vote at the Greenwich Heritage Centre polling station in Woolwich, London. Photographer Rob Powell’s photo makes it clear voters in Great Britain will keep calm and carry on voting, even when they’re under the gun. 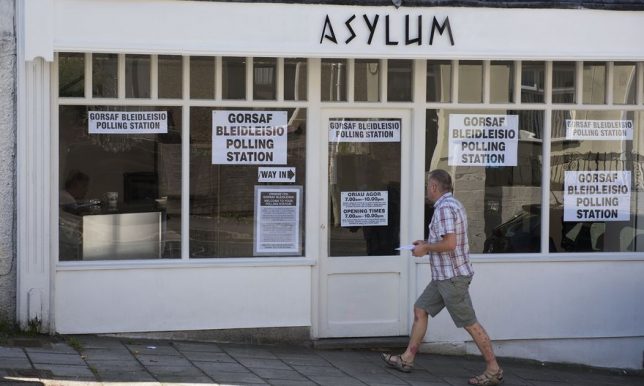 Have the lunatics taken over the asylum? Kinda…  Asylum Hairdressers in Merthyr, Wales did double duty as a polling station during this year’s Brexit referendum, the results of which were deemed “insane” by millions of regretful Brits. Well here’s your explanation, courtesy of this iconic image courtesy of photographer Matthew Horwood.