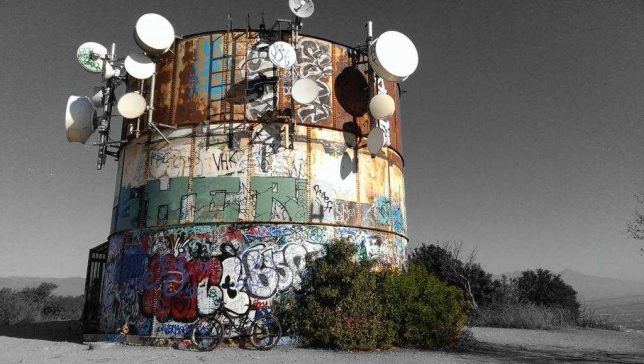 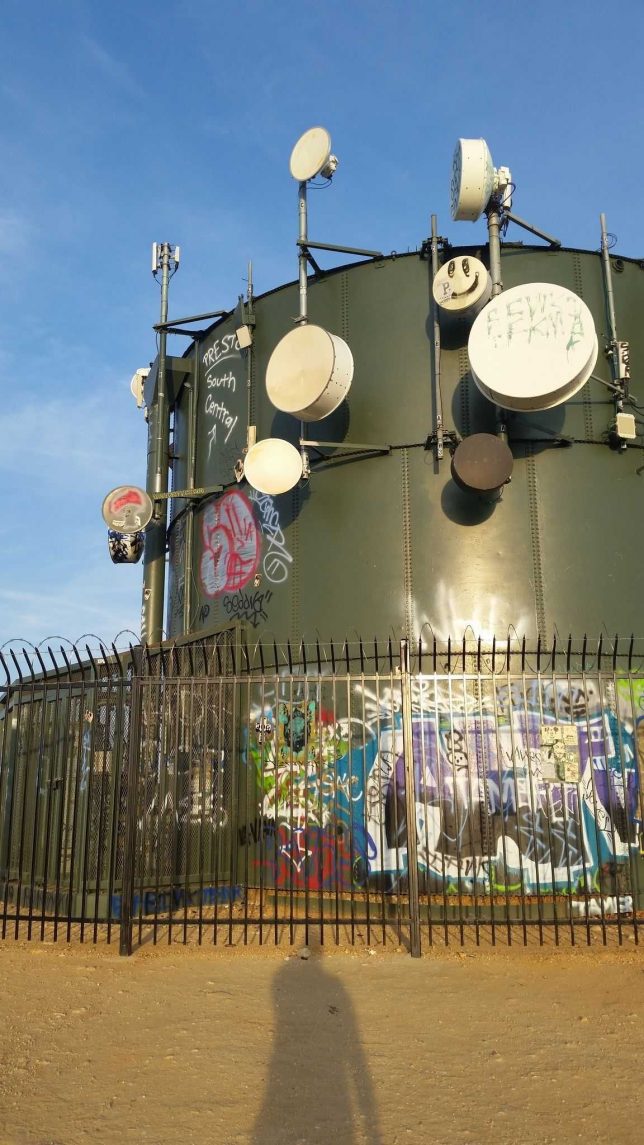 The Turnbull Canyon Trail in the Puente Hills east of Los Angeles features a much-graffiti’d water tank/tower at its highest point. The transponder-festooned tower has been repainted at least once and now boasts a protective fence though it would appear determined taggers are still getting through to do that voodoo that they do so well. 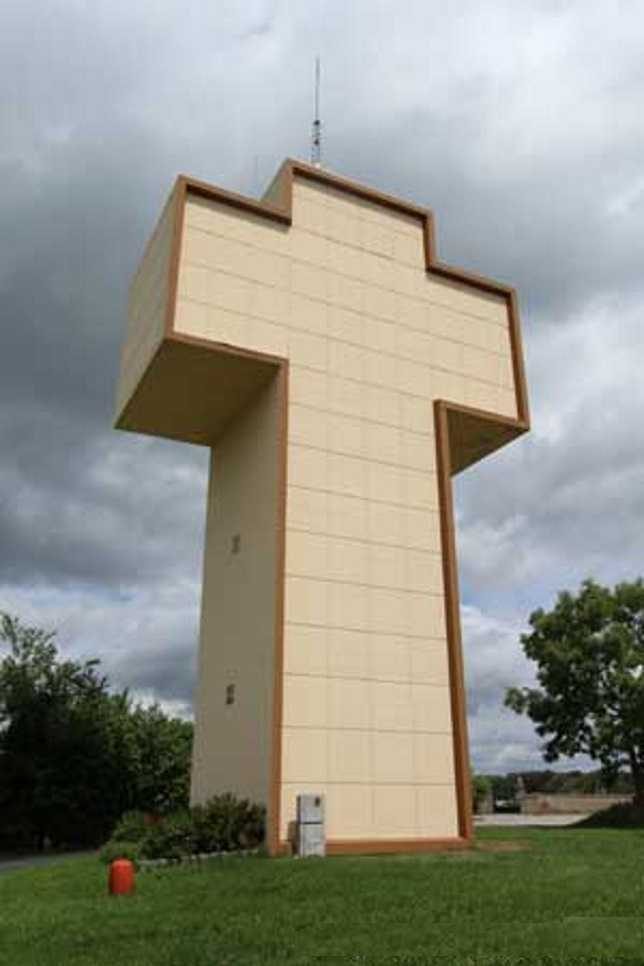 This cross-shaped water tower in Territoire de Belfort, Croix, France was built in 1960 close by a cemetery, and from a certain distance and perspective it blends right in. Photographer Eber Ohlsson captured the tower during a 2011 visit. Hmm, if there’s anything to that whole “water into wine” thing, this place could be well worth visiting!

We Drank The Hole Thing 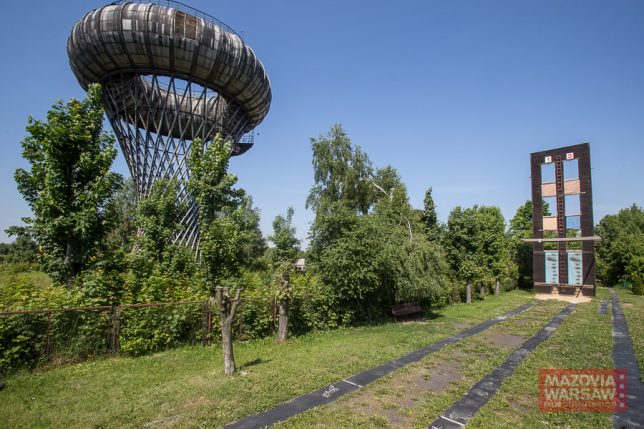 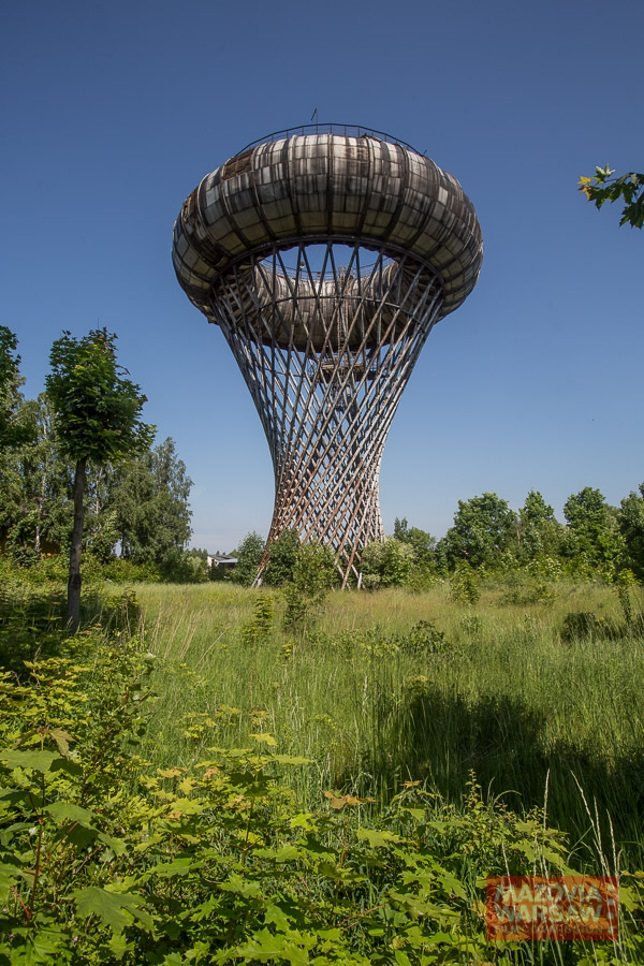 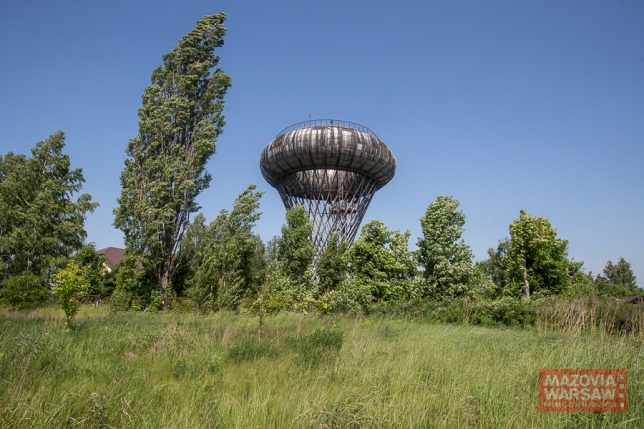 Now abandoned, the Ciechanow Water Tower in Poland was built in 1972 and was designed by Jerzy Michal Boguslawski. The donut-shaped tank is supported by a hyperboloid geometric frame engineered to maximize structural strength using a minimum of material. A couple of brave (or foolish, you decide) urbex explorers climbed the disused water tower in 2015 and recorded their adventure for posterity. 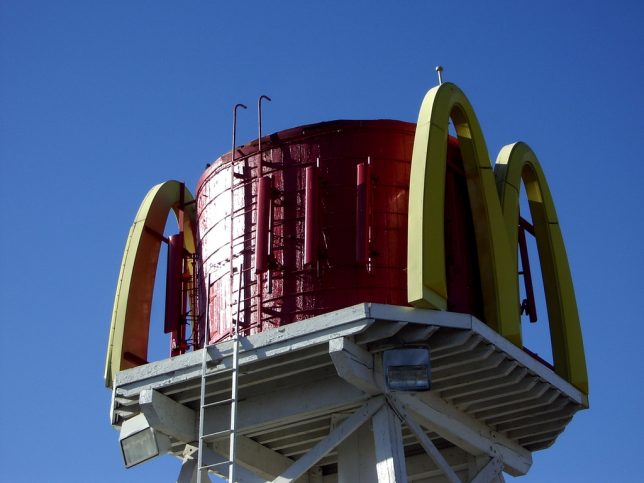 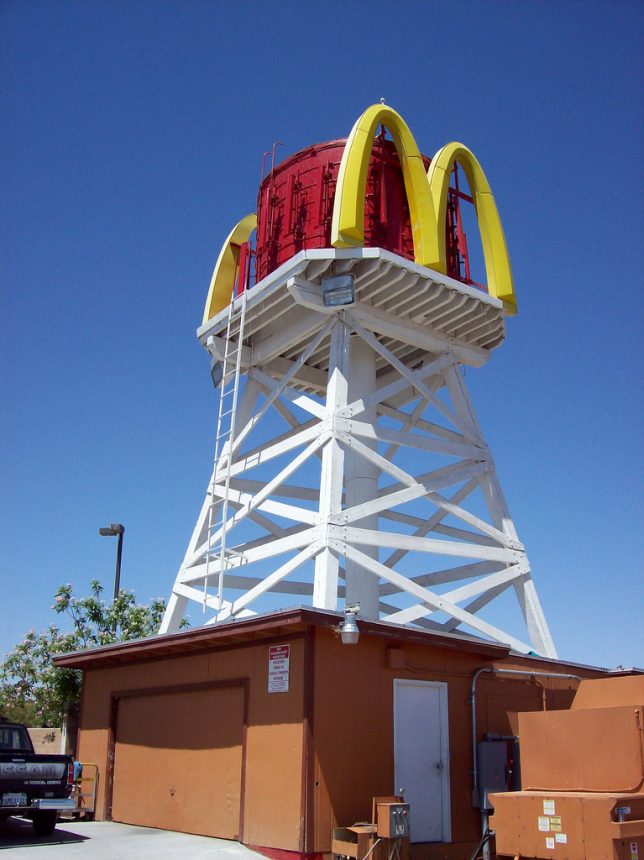 We’re not saying a McDonalds in Barstow, CA is watering down their sodas and shakes but hey, all that water in the towering tank above the store must be going somewhere! Kudos to Flickr users Hannah Swithinbank (Swiv) and Philip (wax poetic) for snapping the over-arching images above.