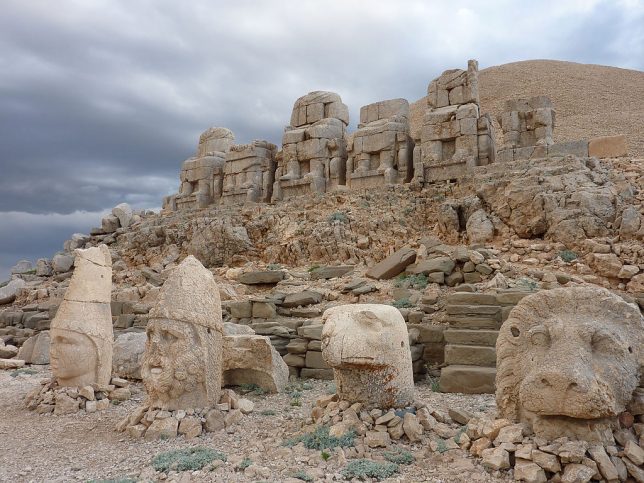 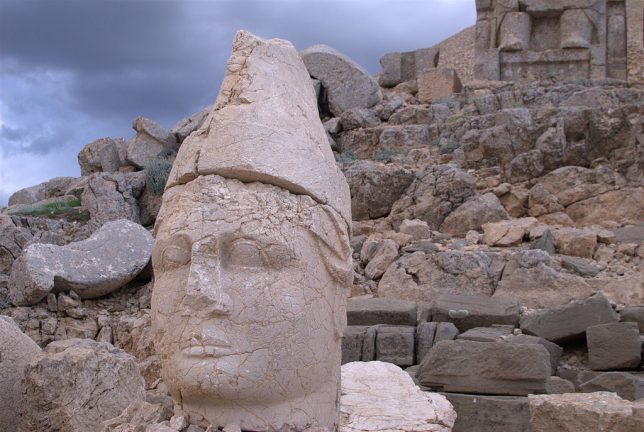 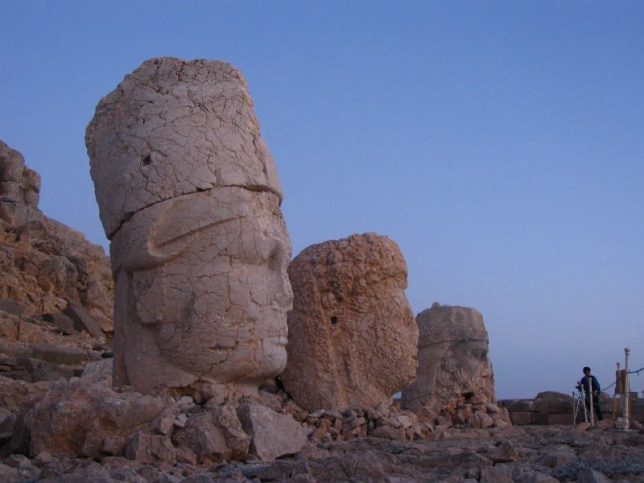 A number of oversized statues were erected around what experts assume to be a royal tomb from the 1st century BC at the 7,000-foot-high pinnacle of Mount Nemrut in Turkey. Around 62 BC, King Antiochus I Theos of Commagene built himself a tomb sanctuary flanked with 26- to 30-foot-tall statues of himself, two eagles, two lions and various gods of Greek, Armenian and Iranian origin. At some point, the heads of the statues were removed from the bodies and scattered around the site, probably intentionally for religious or political reasons. They’ve been left like that ever since.

Lamassu Statues on the Gate of All Nations in Persepolis, Iran 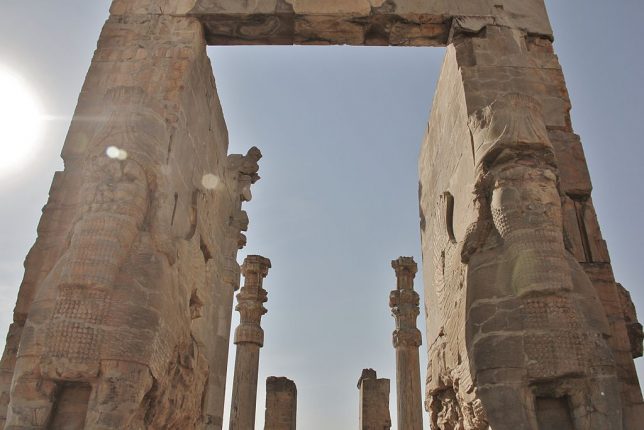 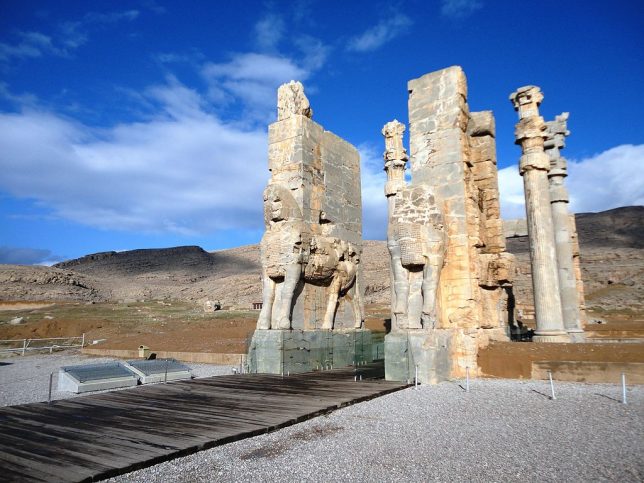 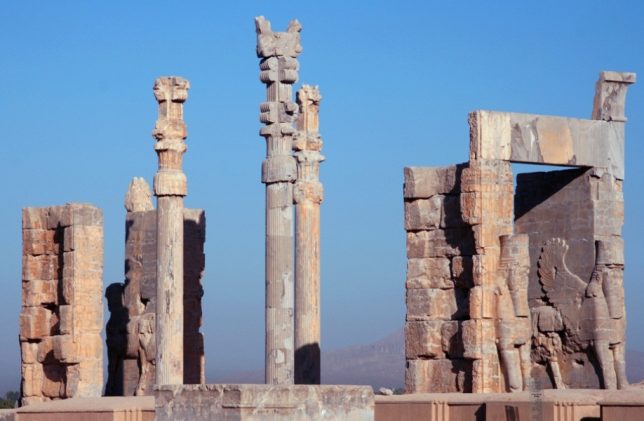 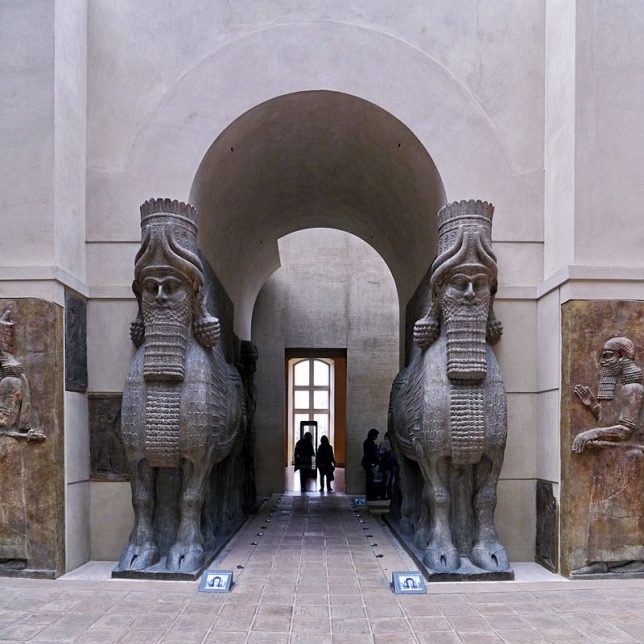 With the bodies of oxen or lions and the heads of humans, plus the wings of massive birds, ‘lamassu’ statues represent all of the life imagined to be held within constellations, and were erected as symbols of protection all over ancient Assyria. Typically flanking city gates or the entrances of palaces, lamassu (as the male statues were called, with the female ones known as ‘apsasu’) were also household protective spirits for common babylonian people and often engraved in clay tablets buried under the threshold of a door. At the ruins of the Gate of All Nations in Persepolis (Iran), which was commissioned by the Achaemenid king Xerxes sometime before 465 B.C.E., towering lamassu can be seen on several remaining pillars. Severely worn down after centuries and centuries of wars and sacking, these lamassu are lacking detail, but a pair at the Louvre demonstrate what they would have looked like in their prime (bottom photo.) 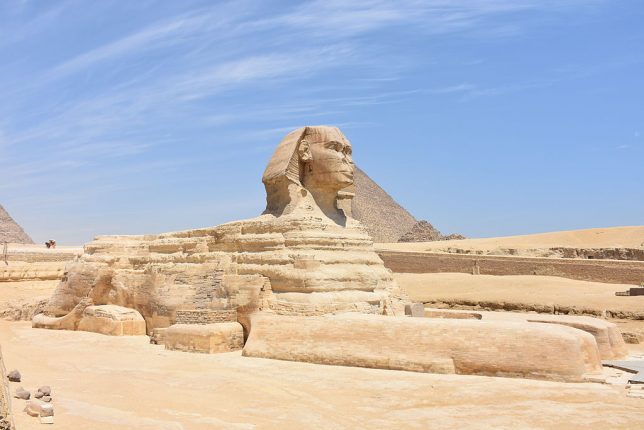 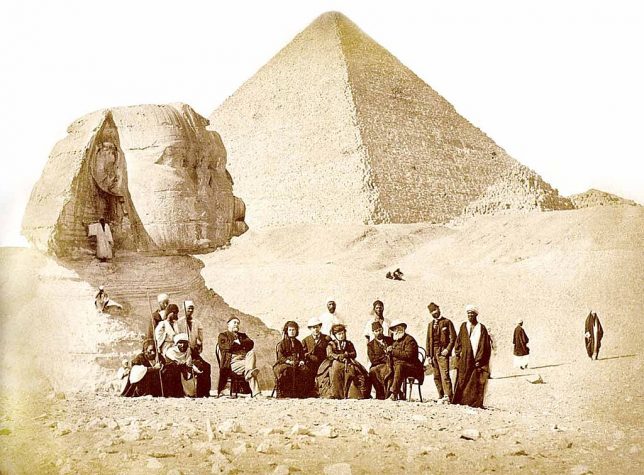 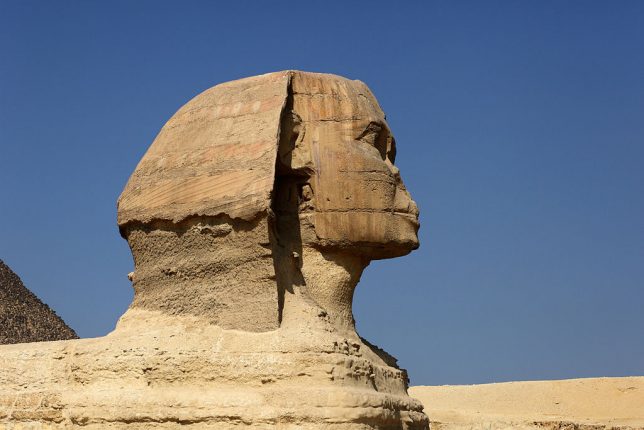 Perhaps no ancient colossal statue is quite so famous as this one. The Great Sphinx lounges in the sand on the west bank of the Nile River in Giza, Egypt, believed to represent the Pharaoh Khafra. It measures an incredible 238 feet long from the tips of its paws to the tip of its tail, and it’s 66.3 feet high from the base to the top of its head. It’s the oldest known monumental sculpture, believed to have been built by ancient Egyptians of the Old Kingdom between 2558-2532 B.C.E. It was buried up to its shoulders in sand for many centuries after the Giza Necropolis was abandoned, with several excavations taking place throughout ancient Egyptian history and into modern archaeological digs. Engineers repaired its head in 1931 after part of its headdress fell off, but its nose and beard are still missing.