Perhaps we’ll never know what it was like land on a Greek Island and gaze up at the long-lost Colossus of Rhodes, one of the original Seven Wonders of the Ancient World, but there are many other amazingly old monumental statues still standing. From the world’s oldest-known colossal sculpture in the sands of Egypt to a 500-year-old mountain god spewing water and smoke in Italy, these 7 wonders take the human figure (and sometimes, human/animal hybrids) to incredible heights. 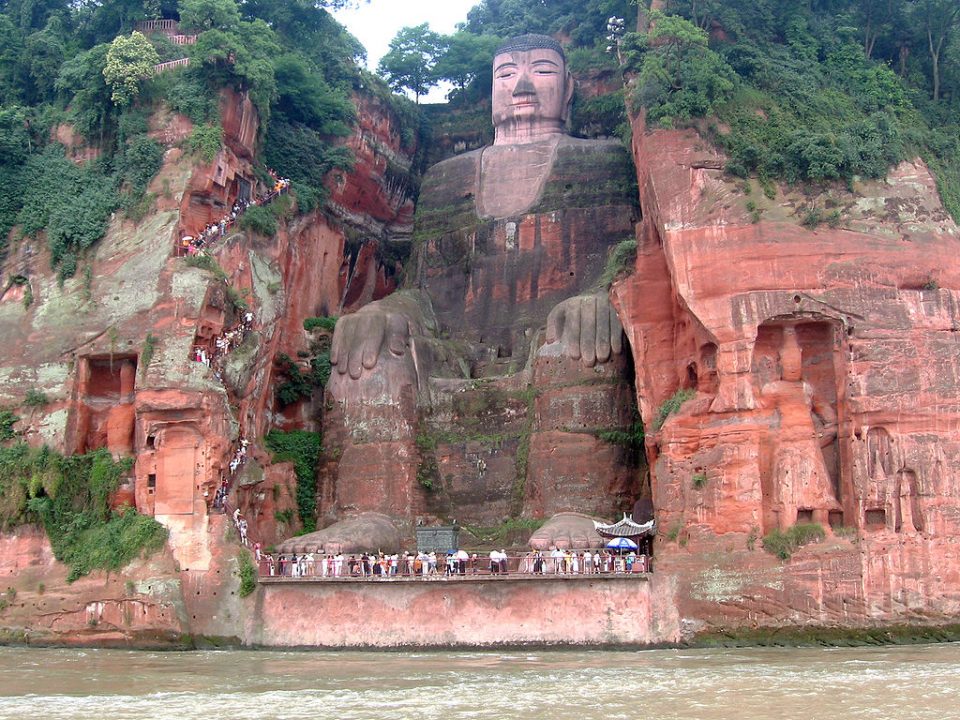 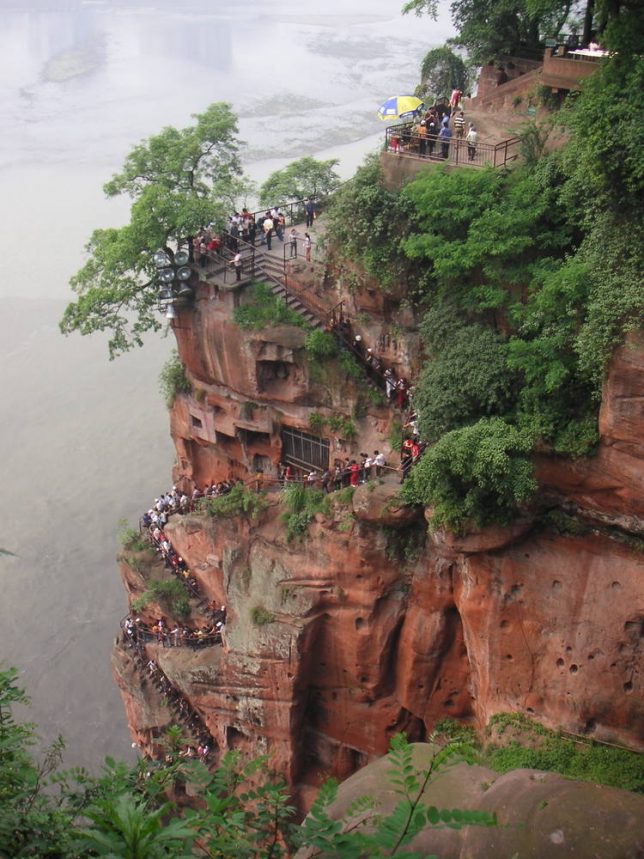 Carved right out of a cliff face at the confluence of three rivers in the southern Sichuan province of China, the Leshan Giant Buddha stands 233 feet tall from its plinth to the top of its head, making it the largest stone Buddha in the world. Construction began in the year 713, led by a Chinese monk named Hai Tong, who dedicated it to calming the often-rough waters for shipping vessels. He was so dedicated to the project, he reportedly gauged his own eyes out when funding was threatened. But after his death, the money ran out, and construction was stalled for 70 years before his disciples breathed new life into the project. In the end, Hai Tong’s wishes were fulfilled: all the rock that was chipped away from the cliff face fell into the water below, altering the currents and making them safe for passing ships. Today, it’s part of the UNESCO-protected Mount Emei Scenic Area, which also includes 1,000-year-old trees and over 30 temples. 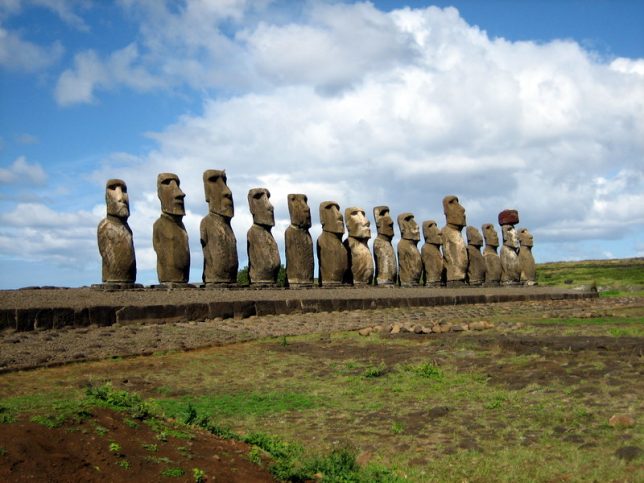 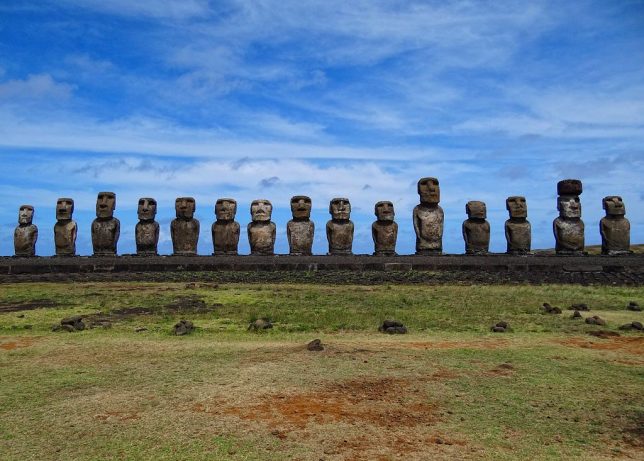 Carved by the Rapa Nui people between 1250 and 1500 C.E., the Moai monolithic human figures of Easter Island all feature massively oversized heads, with the largest measuring 33 feet in height. The heaviest one is shorter but squatter, weighing in at 86 tons. Exactly how the statues were made and transported is still somewhat of a mystery, as the tallest would have measured 69 feet in height if it had ever been completed. While many people erroneously call them the ‘Easter Island Heads,’ they’re actually full bodies, often partially buried beneath the soil with intentionally exaggerated proportions. More than 900 of them have been located on the island, and most of them are made from a compressed volcanic ash. Their empty eye sockets once held eyes made of coral with pupils made of black obsidian or red scoria. 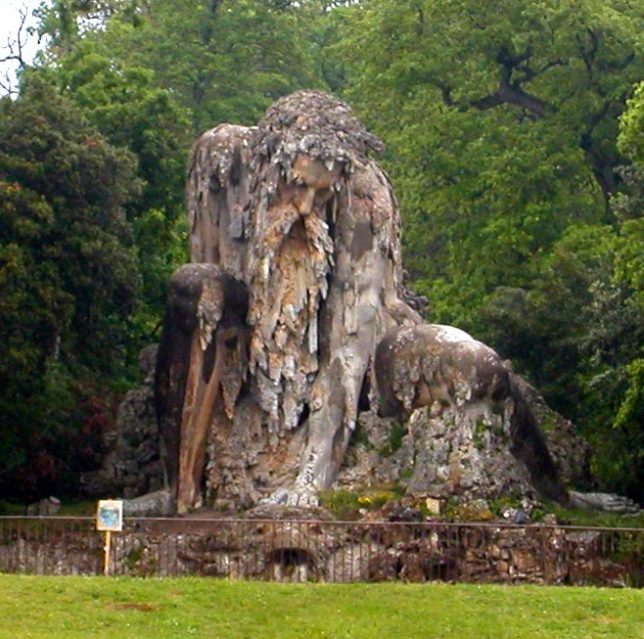 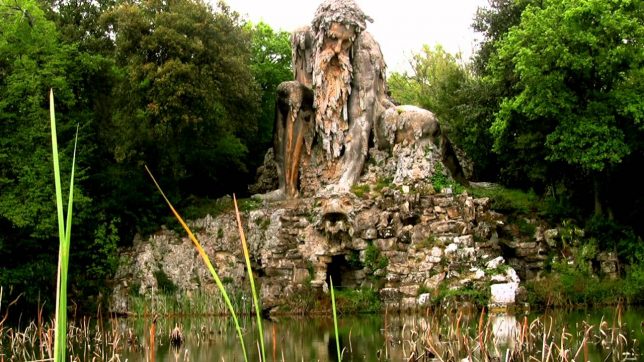 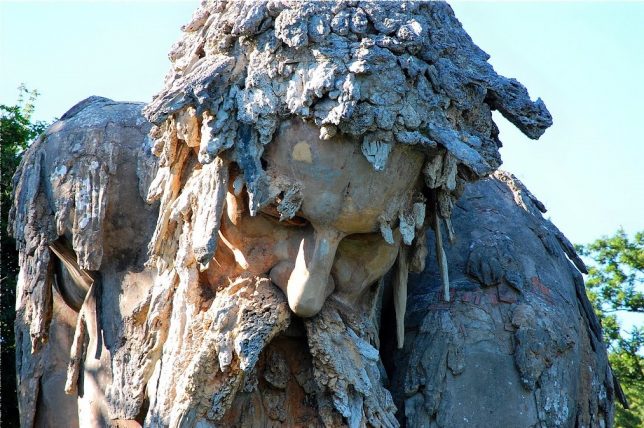 The youngest statue on this list is notable not just for its striking looks, but the fact that it contains several hidden rooms hiding the cool functions that bring it to life. Carved in the late 1500s by Italian sculptor Giambologna as a symbol of Italy’s Apennine Mountains, the ‘mountain god’ stands 35 feet tall over the grounds of the Villa di Pratolino in Tuscany. One of its interior rooms enables water to pass out of the monster in the god’s hand, which pours like a fountain into the body of water below, and another holds a fireplace so smoke can emerge from his nostrils. 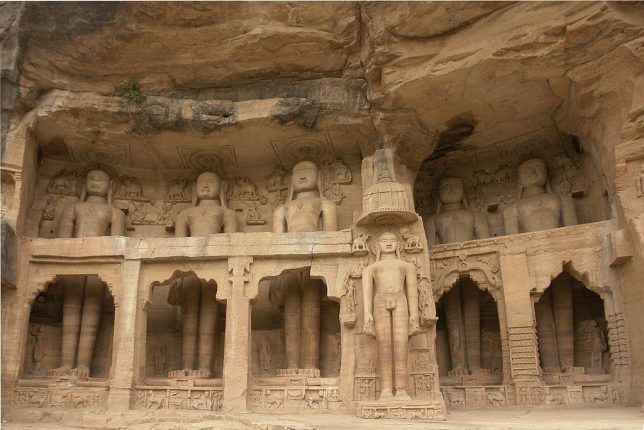 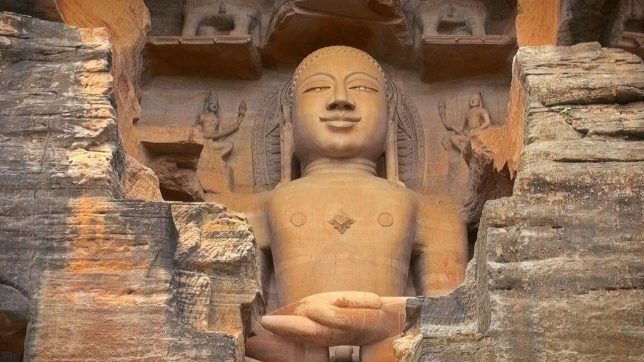 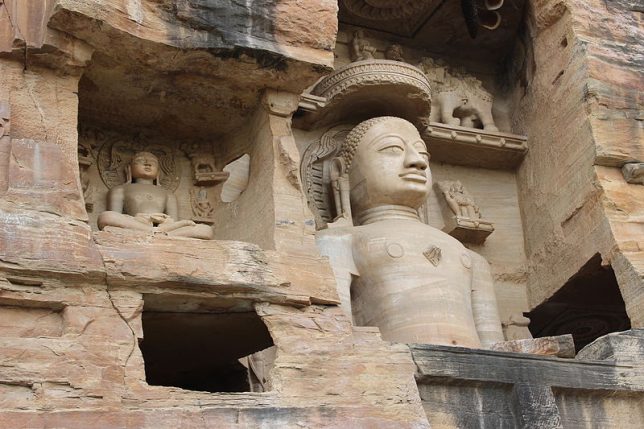 The Jain sculptures in Gwalior, an important city in Madhya Pradesh, India, are cut into the rock faces leading up to the 8th century Gwalior fort. Dating back to the 15th century, the statues depict Tirthankaras, or Teaching Gods, which are worshipped by followers of Jainism. 21 temples are cut into the rock on the southern side, with the tallest idol at 58 feet representing Rishabhanatha or Adinatha, the first Tirthankara.