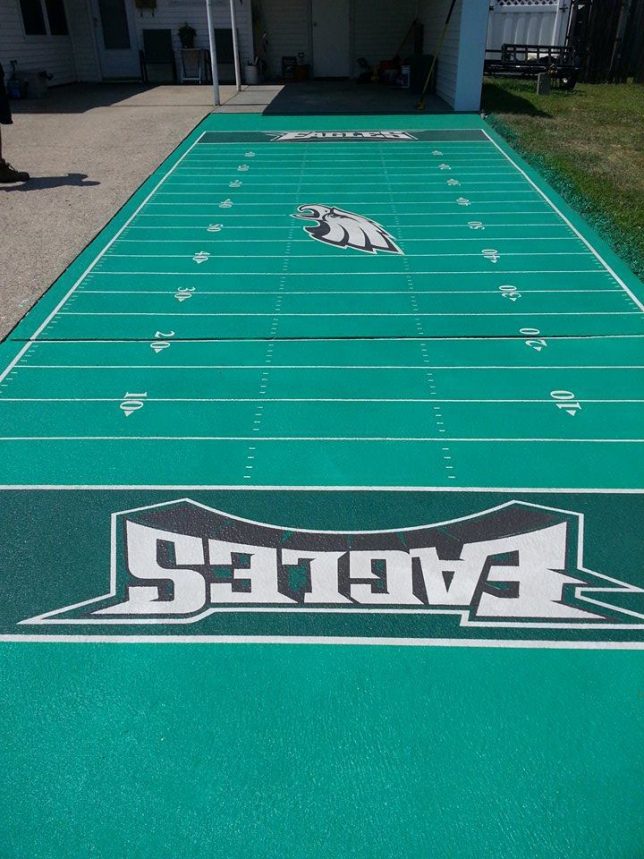 “If you build it, they will park…” Justin and Jordan Koczrowski, brothers and co-owners of DCE Flooring in Levittown, PA, were asked by a couple of die-hard Philadelphia Eagles fans to do their driveway up right. The result speaks for itself, and matches the inside of the house which is decorated as an Eagles shrine. 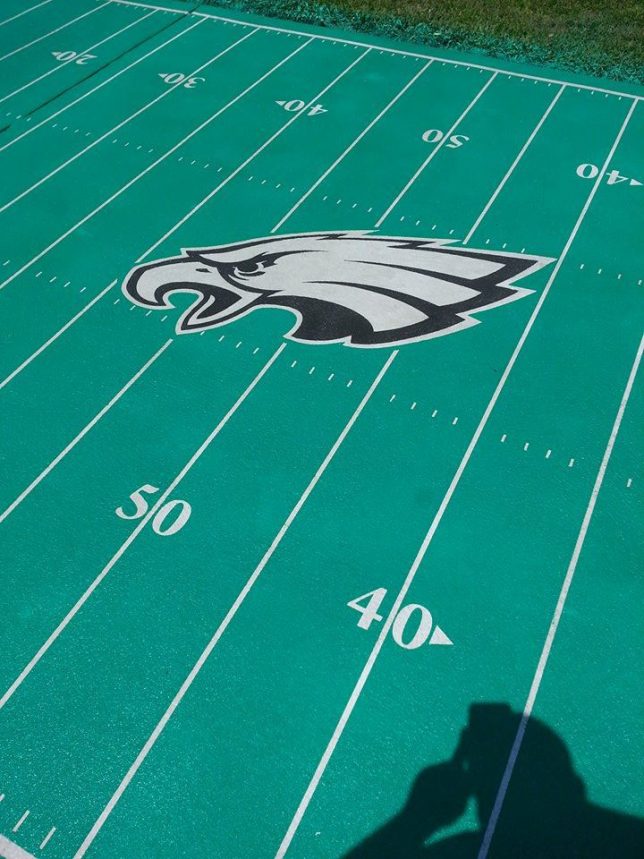 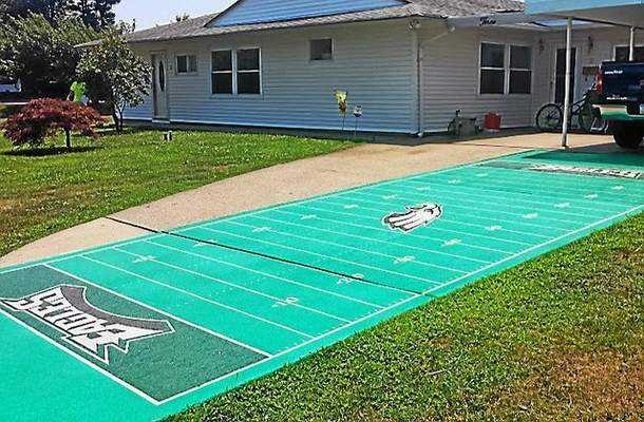 Amazingly, the faux football field of an Eagles-fan’s dreams (or an Eagles-hating neighbor’s nightmares) was created without the use of paint: “No paint was used and the colors in the concrete came from dye mixed in,” confirms Justin Koczrowski, who adds “It’s cool to have made something that people want to take selfies with.” Just beware the photo-long-bomb. 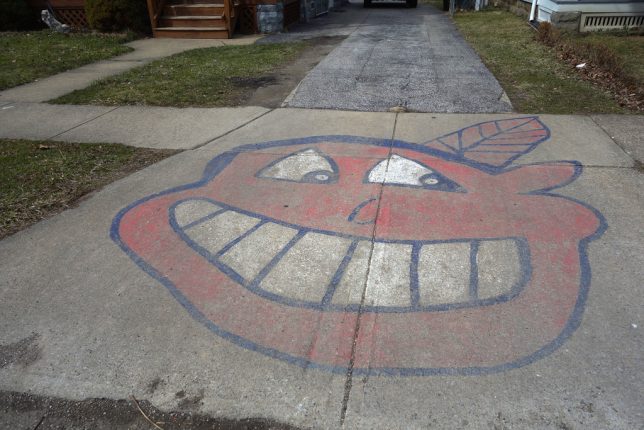 At the other end of the artistic and creative scale is the above portrait of Chief Wahoo, the semi-controversial smiling mascot of MLB’s Cleveland Indians. Taken on April 2nd of 2014, the weathered folk art masterpiece (ahem) was captured for posterity by Flickr user spongepad. Go Tribe! 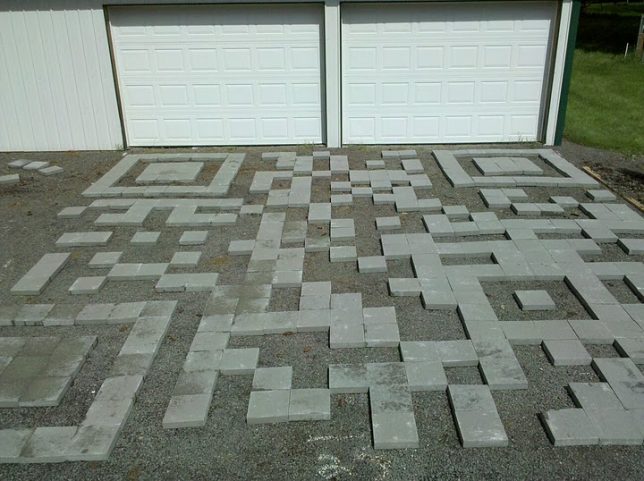 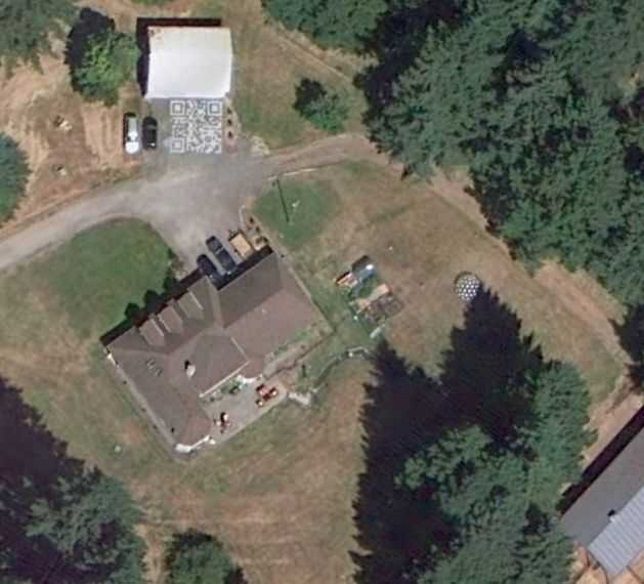 Flickr user and warehouse owner Eric Rice posted the above example of what he refers to as “nerdscaping” – ya gotta love that – in April of 2010 when the project was still incomplete. Ready for prime time or not, Google snapped the scene “from 423 miles up” several months later. Rice planned to eventually tint the raised portions of the jumbo QR code with a charcoal grey soy-based stain but we haven’t seen anything since then… perhaps the aliens already got his message.