As robotic cars take to the streets, designers are beginning to see possibilities for urban mobility that go beyond human and cargo transport. What if plants, for instance, could be moved around automatically, seeking out sun, filtering dirty air and providing fresh greens within cities?

Inspired by Buckminster Fuller’s geodesic domes and Operating Manual for Spaceship Earth, the Interactive Architecture Lab at the University College London has designed and built Hortum Machina B (the last letter short for Bucky). 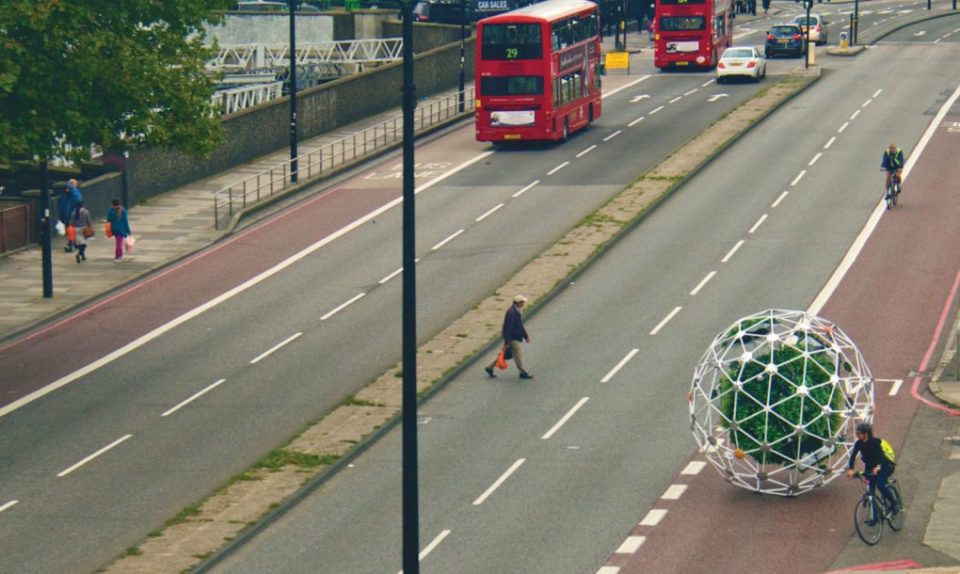 An aluminum core houses the technology’s robotics, monitoring plants on the periphery and changing rotation and position to accommodate their needs. On-board water storage supplies moisture for growth while the ball stays in motion. 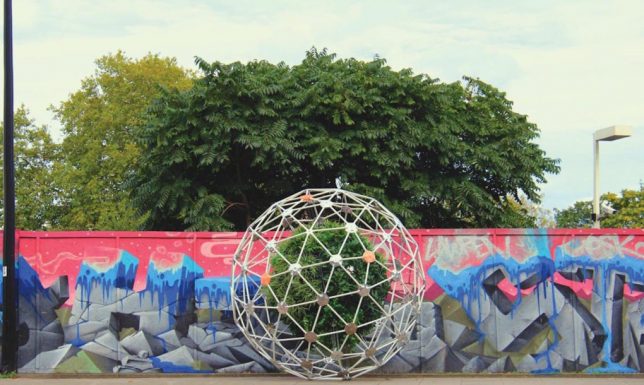 This novel mobile ecosystem is solar-powered, so its search for sunlight fuels not only the plants on board but the system itself. With efficient water reclamation, the garden could stay on the move indefinitely. 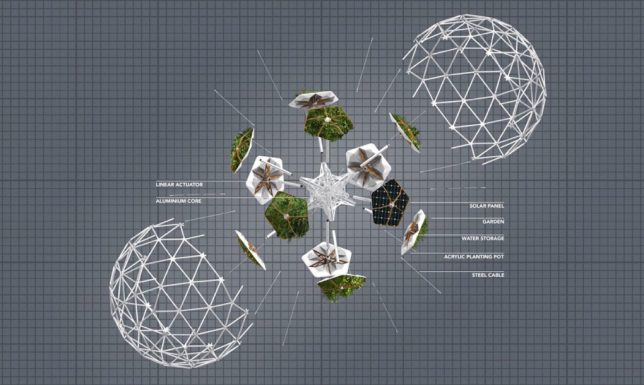 The internal computer system not only keeps the plants healthy but serve as part of a larger set of smart-city initiatives. For instance, sensors can detect and seek out areas with poor air quality, letting the plants provide filtration on demand. 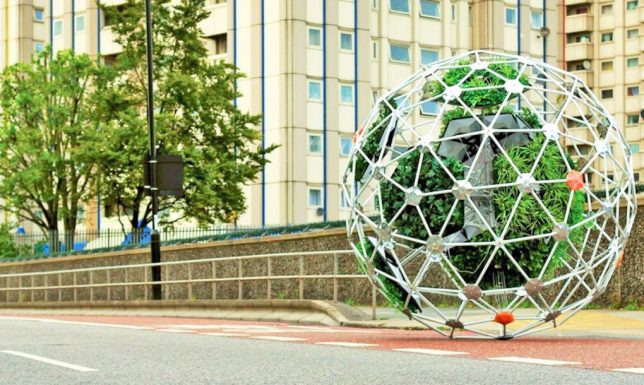 The sphere could also roll itself through urban food deserts, allowing people to pick edibles as it winds its way through a city. Of course, this shape may not be the most efficient manifestation of the idea, but as a conceptual model could inspire similar and more sustainable typologies. 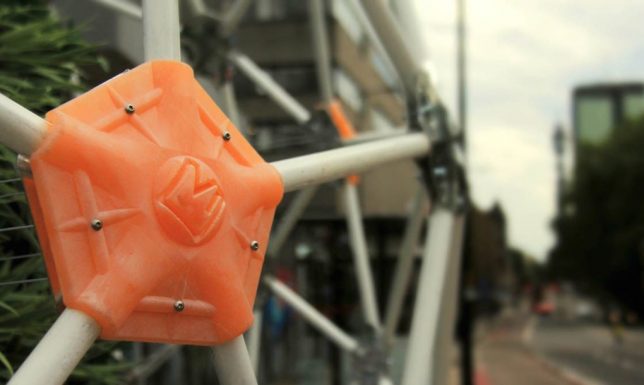 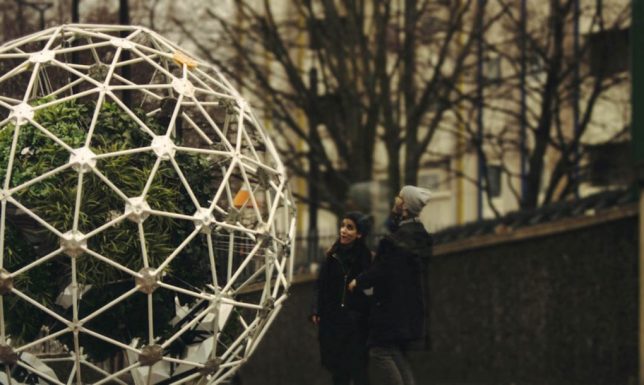 Presumably, in a future world of autonomous vehicles, there will be both mechanisms and space to accommodate driverless gardens as well as cars. Freed-up streets could be used to transport all kinds of things, not just conventional goods and people but also micro-ecosystems and other stuff we have yet to think of. For now the, the robotic garden has been tested in London and remains prototype. It might not be as productive per square foot of space as many new urban farm designs, but perhaps it makes up in novelty and mobility what it lacks in terms of strict productivity.