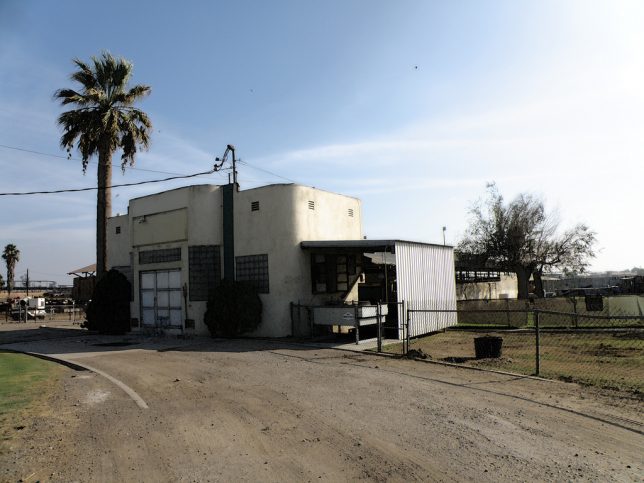 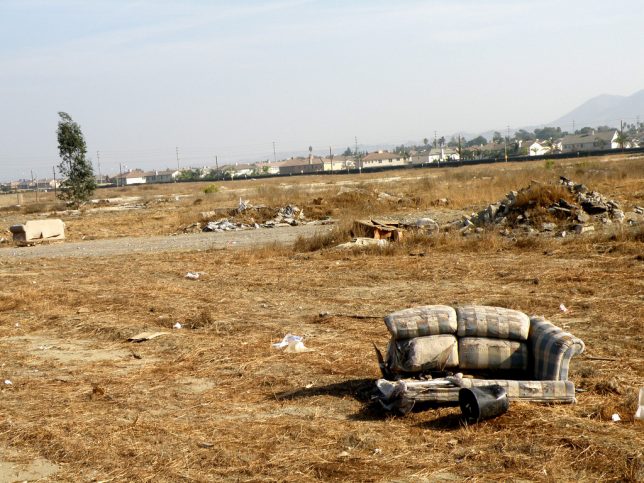 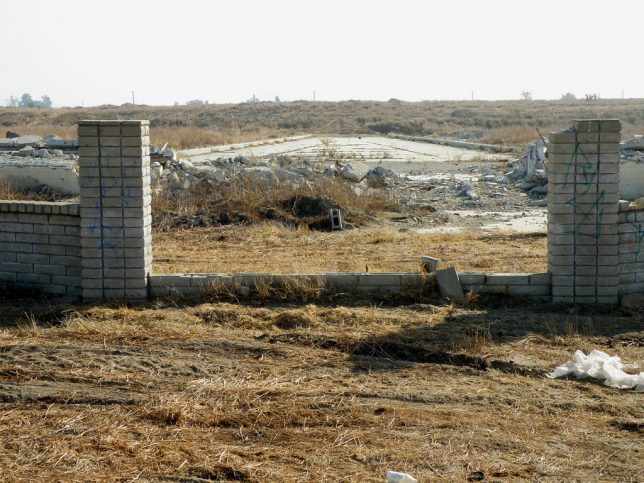 Was this abandoned dairy farm in Ontario, California a victim of the state’s long-running drought? And if so, to quote Flickr user Laurie Avocado, “What Happened to the Cows?” The brightly lit yet ominously gloomy images above were taken on November 7th of 2009. 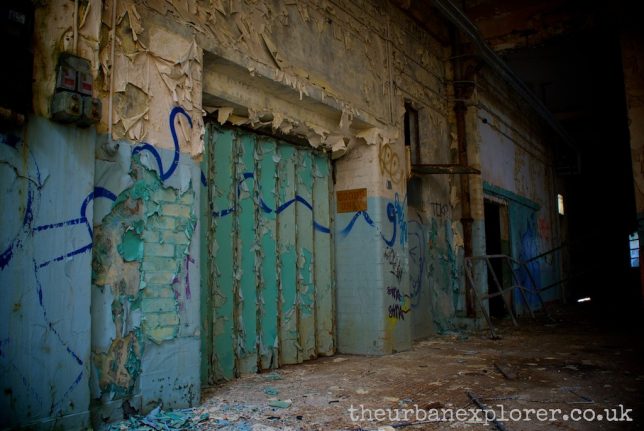 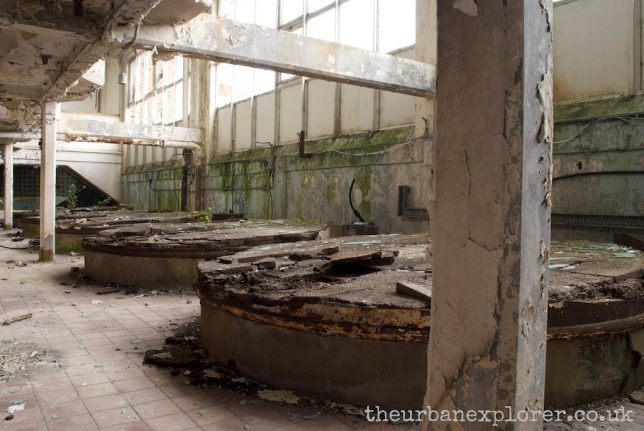 The former Dairy Crest creamery in Great Torrington, UK closed in 1993 and very little care was taken at that time to preserve anything of value left inside. According to The Urban Explorer, “Every fixture, fitting and pane of glass has been smashed and torn down by vandals.” 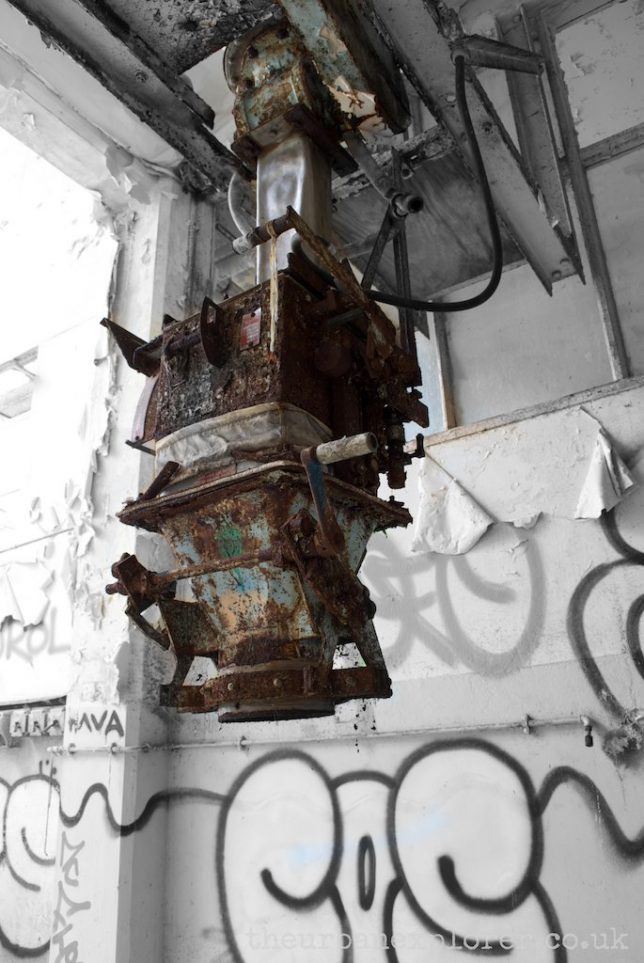 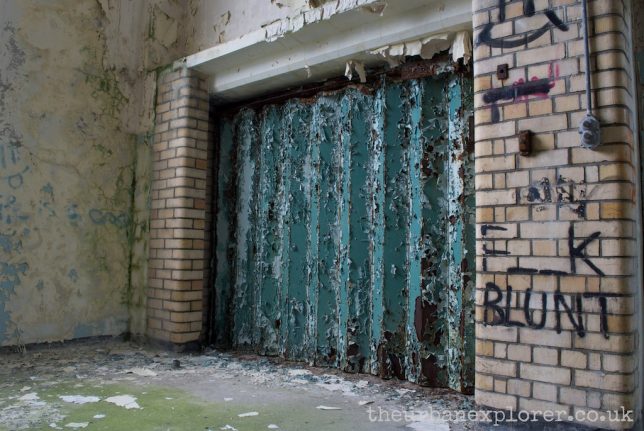 Though its dairying days are done, the creamery appears to have a more promising future in store as in 2013 the site was sold for purposes of redevelopment. 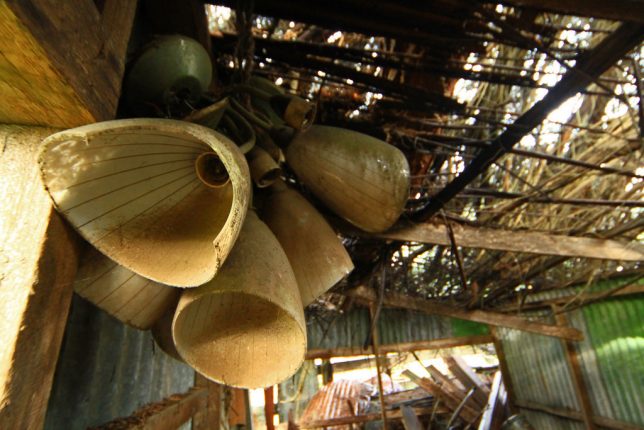 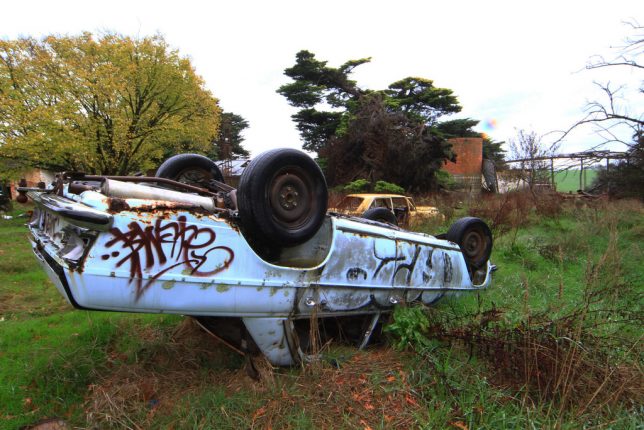 It’s lights out at an unnamed abandoned dairy farm somewhere in Australia. Flickr user Chantal (SaixLightning) visited the heavily vandalized farm on May 10th of 2014, capturing the eerie post-apocalyptic vibe of a once-thriving operation. 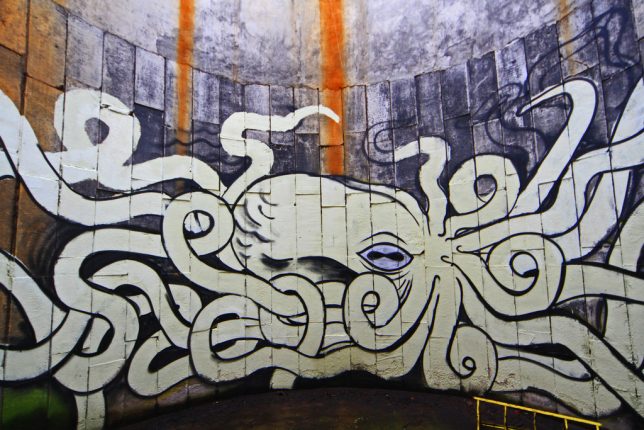 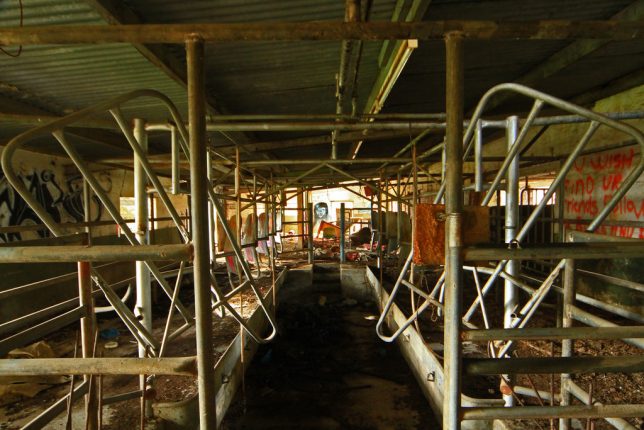 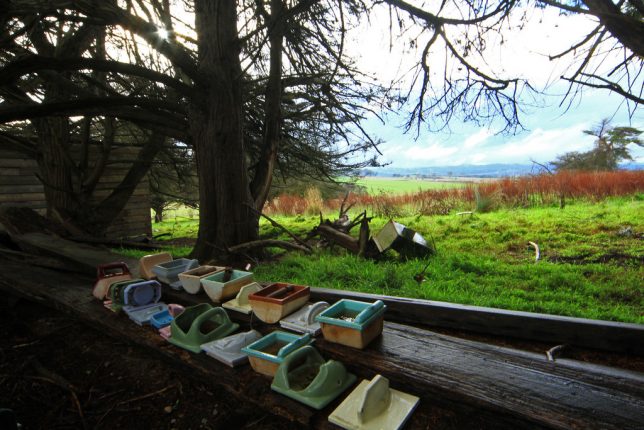 Mmm, octopus milk! Indeed, it seems everything but the kitchen sink was trashed beyond the prospect of re-use, and if Chantal had looked a little bit more no doubt she would find that too. 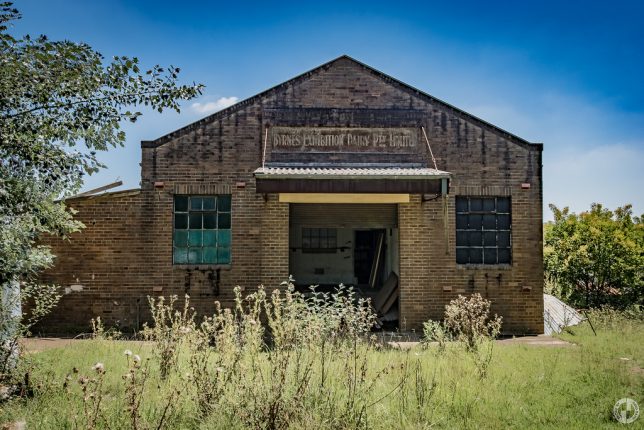 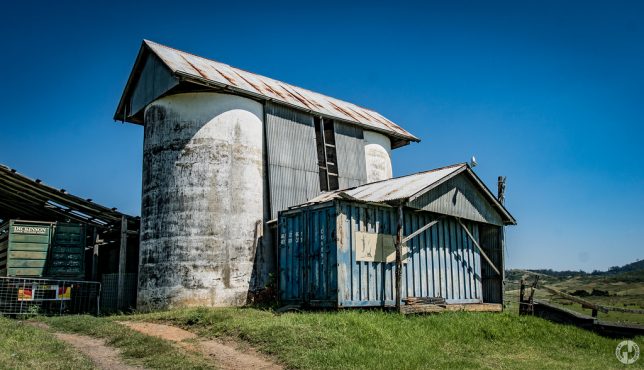 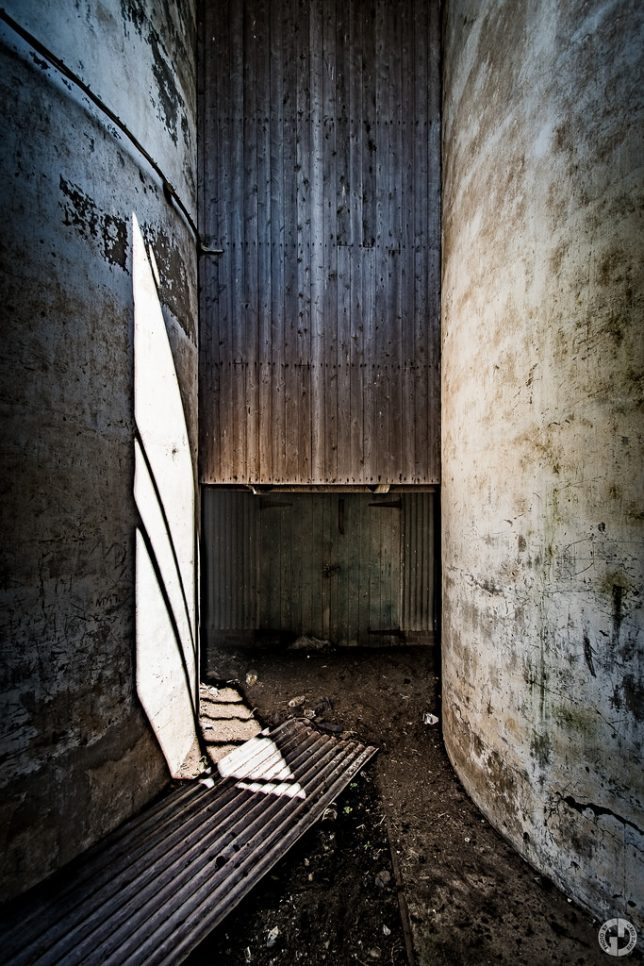 The Byrnes Exhibition Dairy in Picton, about 80km (50 miles) southwest of Sydney, Australia officially opened in April of 1939 and due to a number of forward-thinking measures was known as “Australia’s Most Modern Dairy”. Unfortunately, the country’s conservative Metropolitan Milk Board refused to raise milk prices for many years and the farm proved to be economically inefficient as time went by. 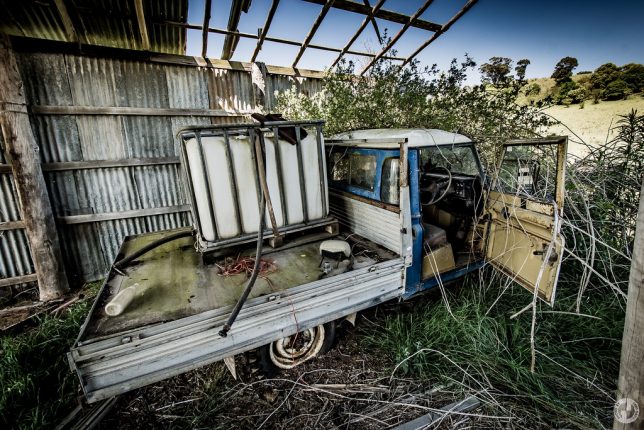 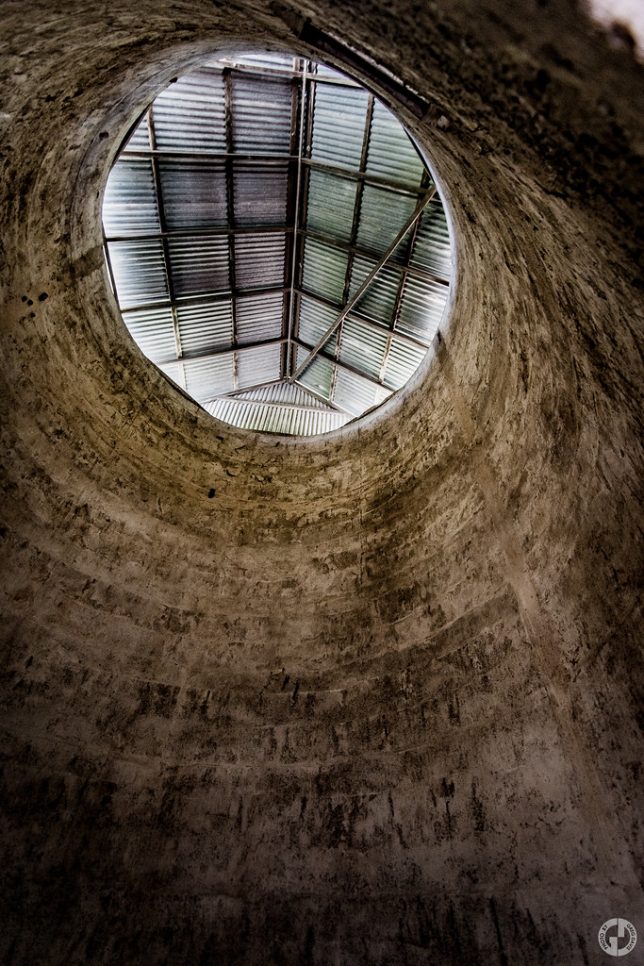 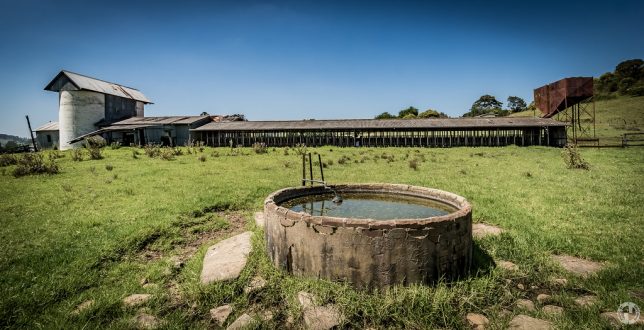 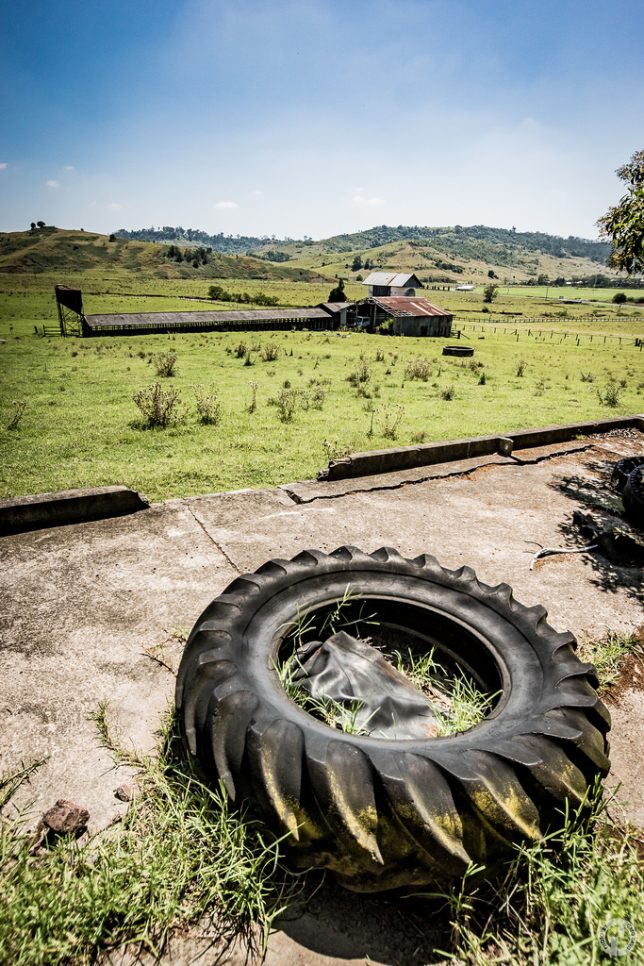 By the summer of 1951 the farm had closed, the cows were sold off and the equipment put up for auction. Livestock still graze the lush pastures but the farm itself has remained much as it was in 1951 – plus decades of deterioration, of course. One might say it’s in re-tire-ment. Flickr user Explored Visions visited the farm in January of 2016 after being granted permission by the owners.