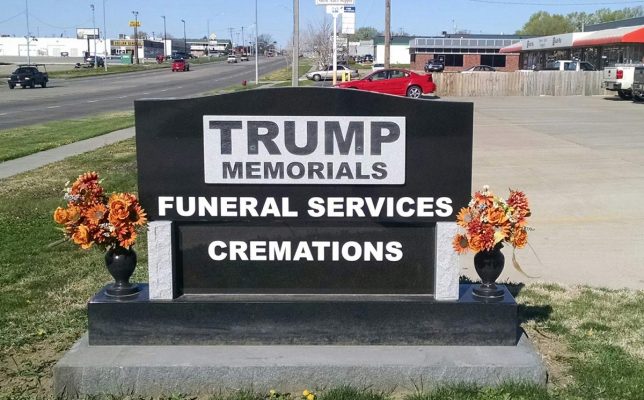 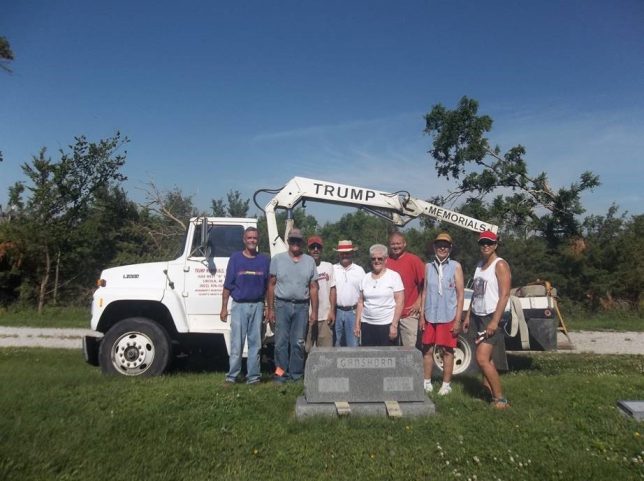 Grave tidings are afoot and Trump Memorials & Funeral Services of Lincoln, Nebraska can really dig it. One of just two major funeral providers in town, the business was founded in 1921 by W.J. Trump. “Maybe we should be suing Donald Trump,” joked Darcy Hansen, co-owner (with her husband) of Trump Memorials. Hansen believes business has been as steady as always over the past year or so, though some people have “grumbled over the name.” One example: a man who keeps walking by the company’s tombstone-shaped sign out front, giving “Trump” the finger. 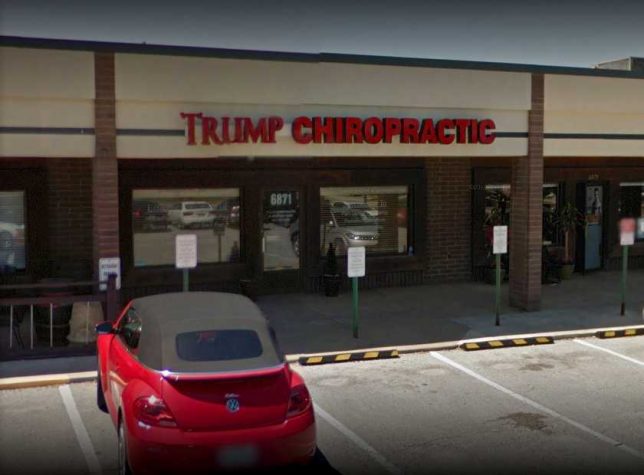 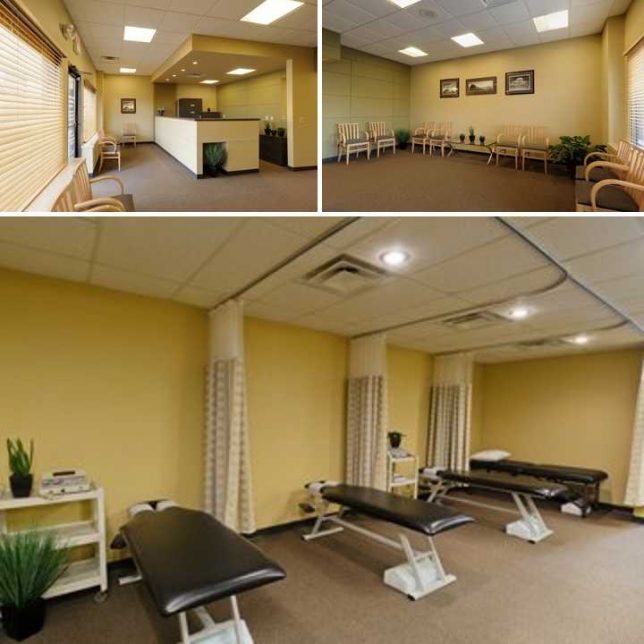 Be prepared to be grabbed somewhere sensitive: Trump Chiropractic & Acupuncture in Overland Park, Kansas, offers a range of health solutions performed by “Dr Mike” and “Dr Melinda” – Michael Trump, DC and Melinda Trump, DC to be formal. Dr Mike is certified to practice acupuncture and Traditional Chinese Medicine (TCM) when treating patients suffering from “insomnia, stress and anxiety”… business may get a boost from Democrats now that the election’s over. 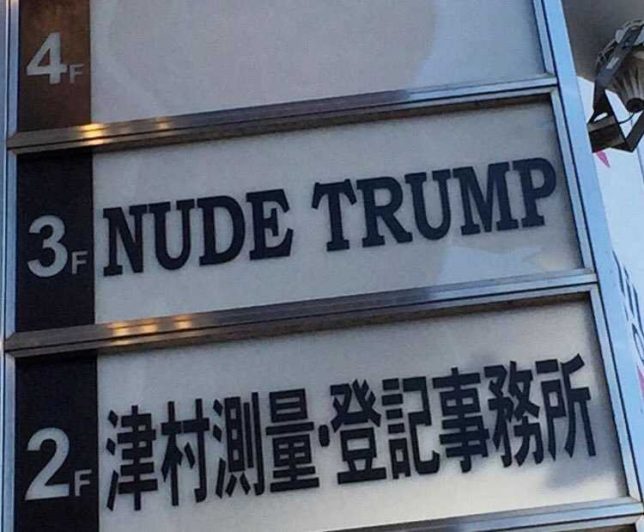 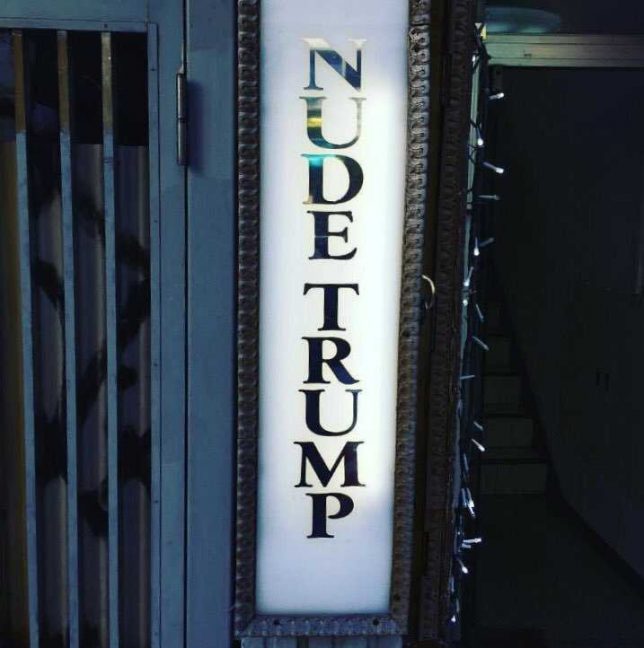 See, we told you “Trump Hair” wasn’t the ultimate Trump-named business but oddly enough – or maybe not – both establishments are located in Japan. Twitter user Chris Carlier posted the above images but didn’t seem to have got past the front door… and maybe that’s just as well.