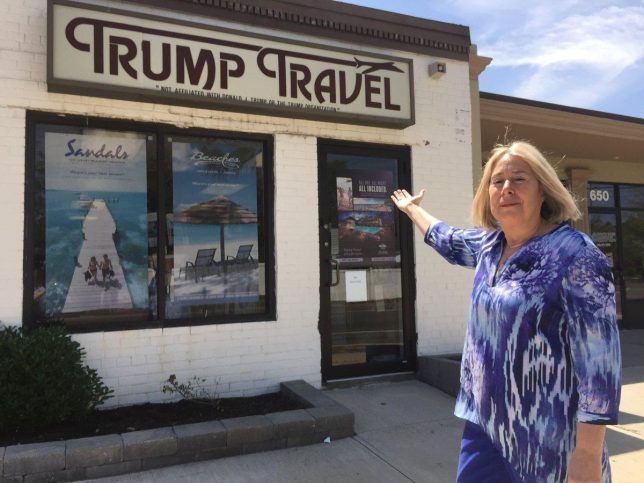 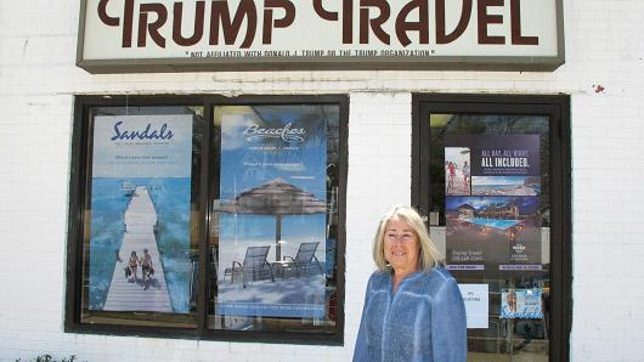 The Donald doesn’t always sue those whose businesses include his last name in their name but when he does, he tends to settle out of court. Such was the case in late 1989 when Trump sued Claudia Rabin-Manning and her father, operators of Trump Travel & Tours in Baldwin, New Jersey, for copyright infringement. The small travel agency opened in 1985 and according to Rabin-Manning, was named for her father’s love of Bridge and Pinochle – card games that employ a trump suit. 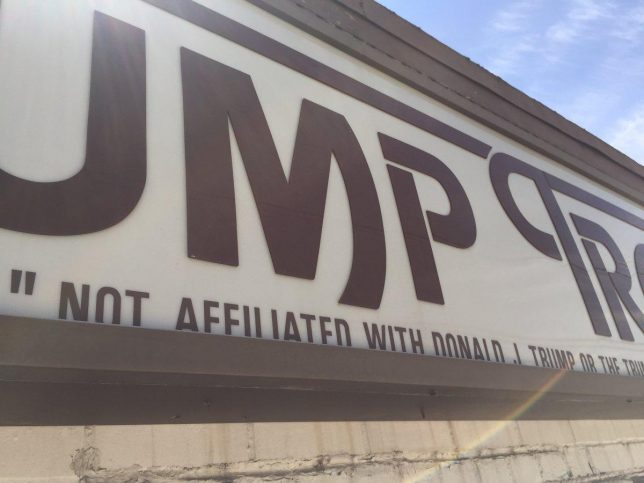 As part of the settlement, Trump Travel was required to include the phrase “Not affiliated with Donald J. Trump or the Trump Organization” on its outdoor signage and business cards. Seems like a prudent move regardless. 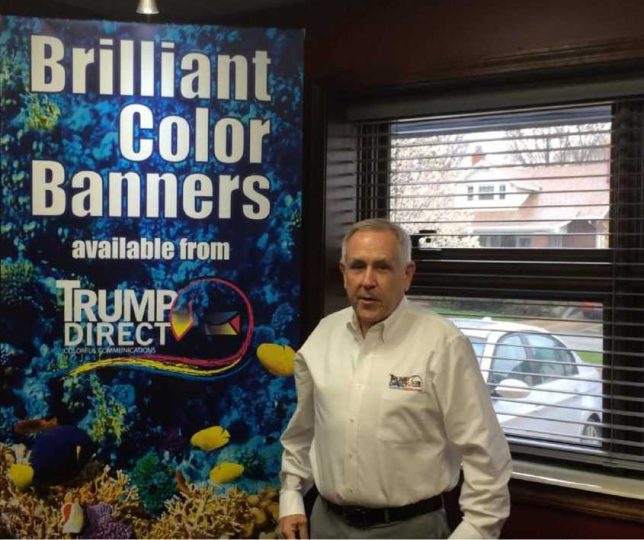 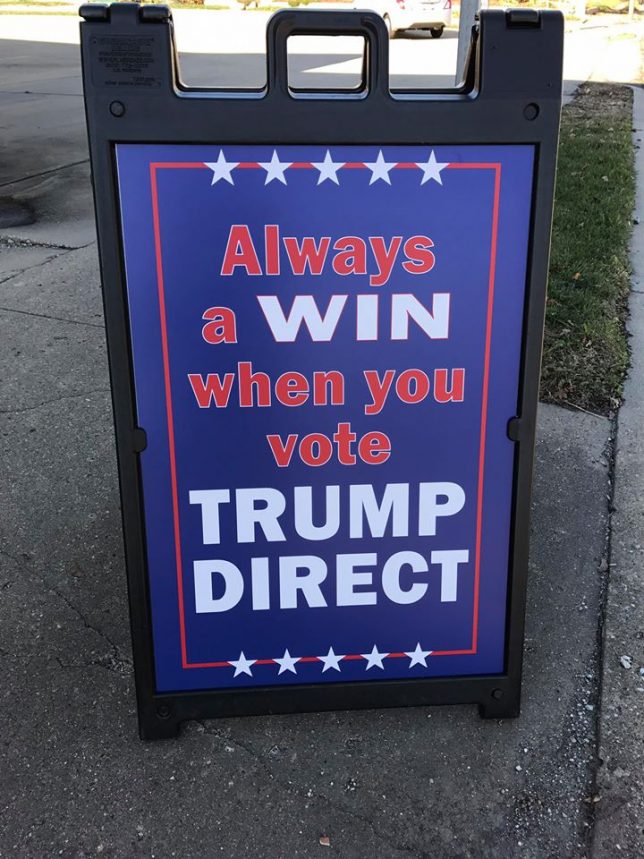 Dennis Trump owns Trump Direct, a marketing communications company in Decatur, Illinois that opened in 1979. “People who don’t know us are saying we’re rich, and ask me if I’m Donald Trump’s relative,” states Trump, who adds “the ‘likes’ on our company Facebook are up, and we get the strangest messages.” It doesn’t seem like this particular D.Trump is trying to avoid any association with the other D.Trump, at least politically. A photo of the sandwich board sign above was posted at Trump Direct’s Facebook on November 9th, the day after election day. 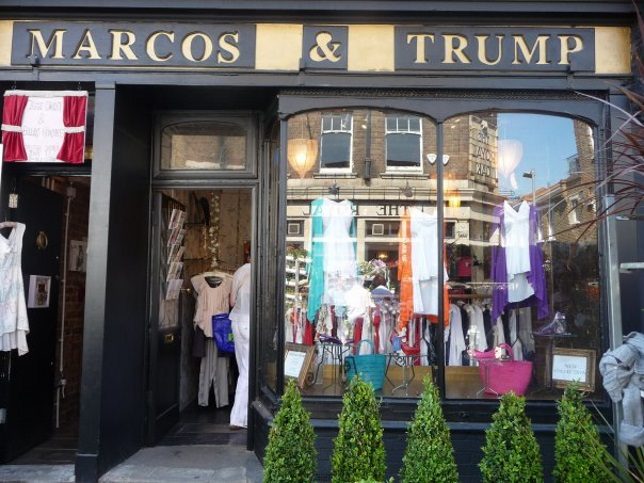 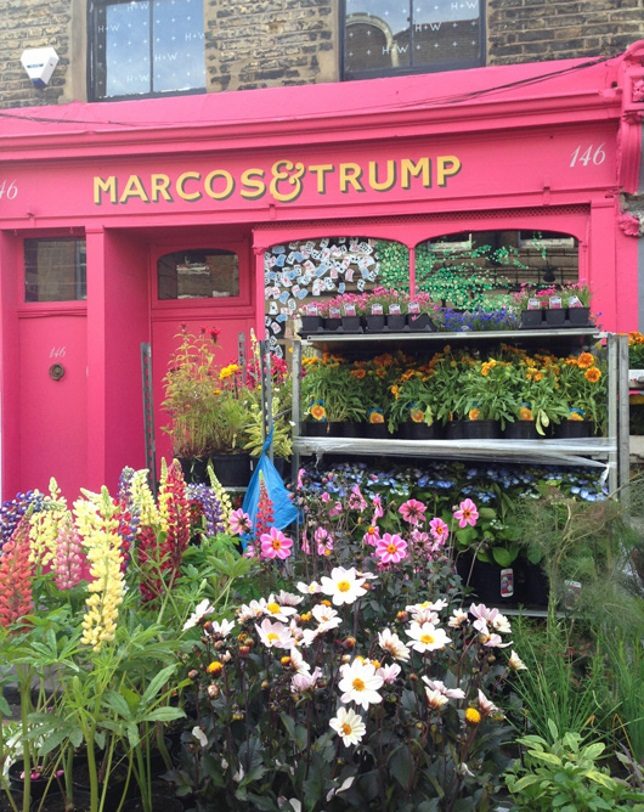 Sorry, “Marcos & Trump” is NOT some glitzy, high-rise ladies’ shoe emporium in the Philippines. Instead, the charming boutique located on Columbia Road in central London’s Shoreditch district sells vintage clothing and period home accessories. So in other words, “Make Great Britain great again,” hmm? The shop appears to have undergone an extreme pink makeover sometime between 2012 and 2014. At least it’s not orange.