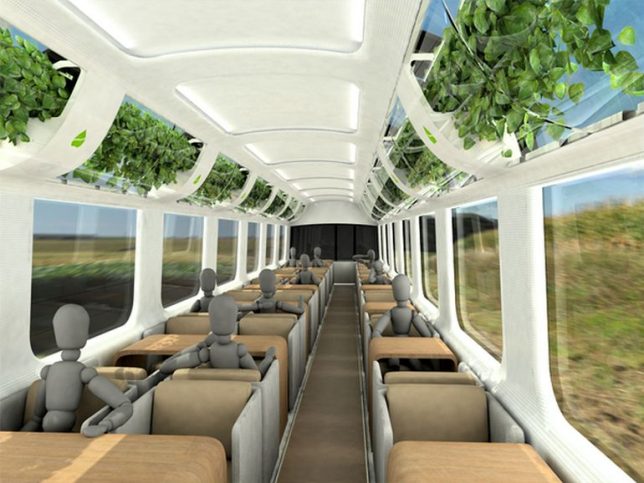 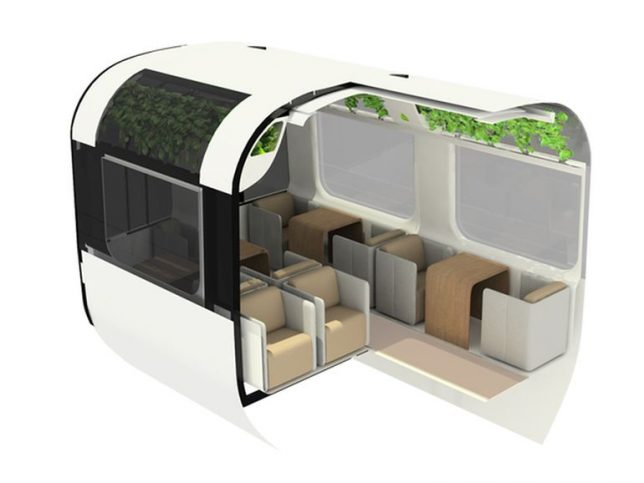 Trains suffer from air quality problems inside their cars, even while they’re helping to reduce pollution outside. Vittori Lab offers up one potential solution with the AirTrain, which uses living plants to absorb carbon dioxide emissions from passengers and release oxygen. They’re contained in clear compartments running along the sides, getting just enough sunlight and rainwater through a smart hydration system. It’s an interesting idea that solves a real problem in an inexpensive way, and can be adapted for all sorts of transit systems. 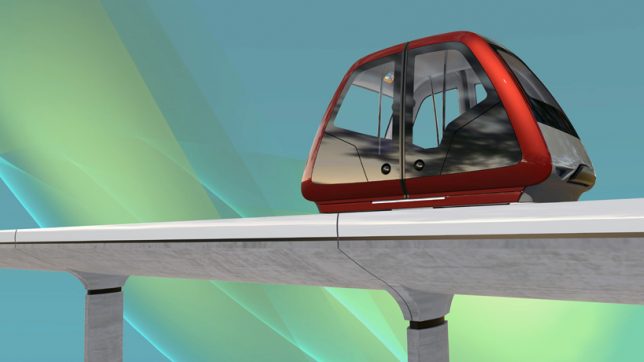 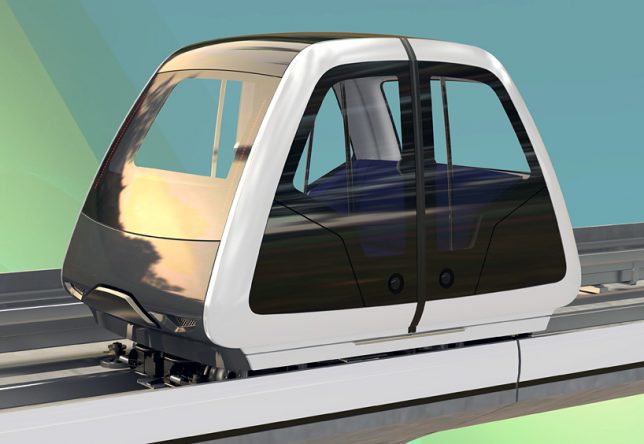 ‘Personal Rapid Transit’ (PRT) by Italian design agency Pininfarina and Korean urban mobility company Vectus enables on-demand service via a system of small self-driving vehicles, also carrying passengers to their final destination passengers in individual pods travel from one point to another without mandatory stops in between to cut down on travel time. 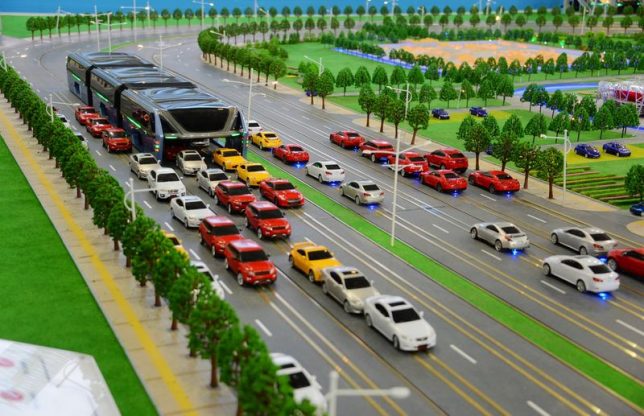 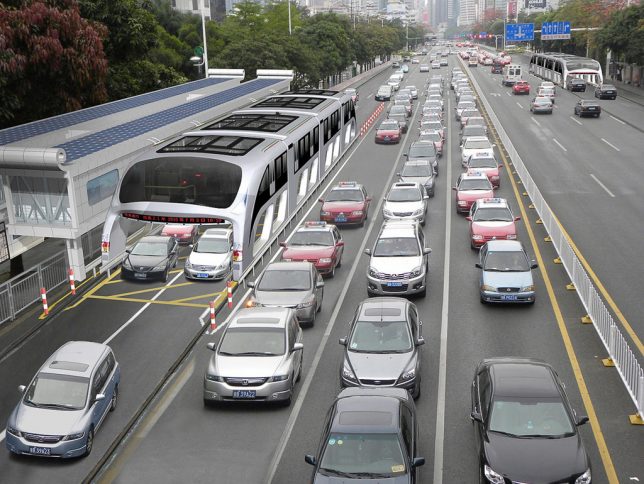 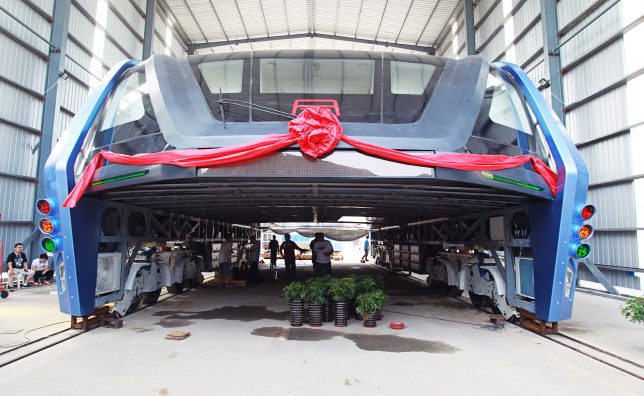 When Chinese engineers released plans to built a traffic-straddling electric bus, it seemed like a fantasy concept that would never come to be. But the Transit Elevated Bus is now real, and it actually works, cutting through the most congested of traffic by driving right over it. A single 69-foot-long carriage can carry as many as 400 passengers. One real-world problem that’s been pointed out about the design is its mere 7-foot ground clearance, which poses serious problems with tall vehicles; another is the difficulty exiting the freeway when the bus is passing over. But it’s an interesting and creative idea, and could potentially be adapted for more efficient functioning. 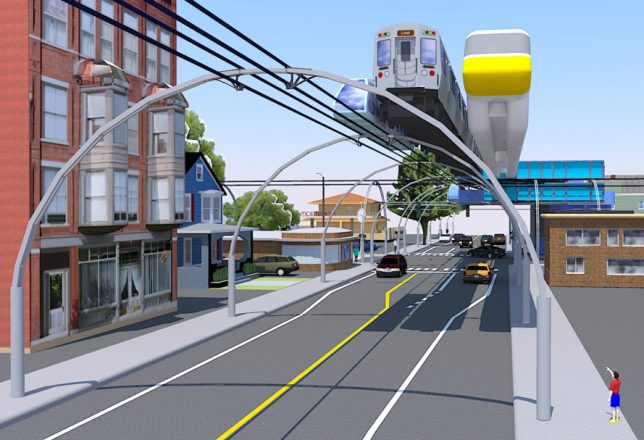 Designed with Boston in mind, the C-train concept that won MIT’s Climate CoLab competition aims to solve the problem of integrating transit systems into existing cities without adding to traffic congestion or creating an eyesore. The tracks are light and pass right over roadways, with cars running at an average speed of 62 miles per hour and stopping at elevated terminals. The design keeps the sidewalks free and runs independently of any traffic problems below.