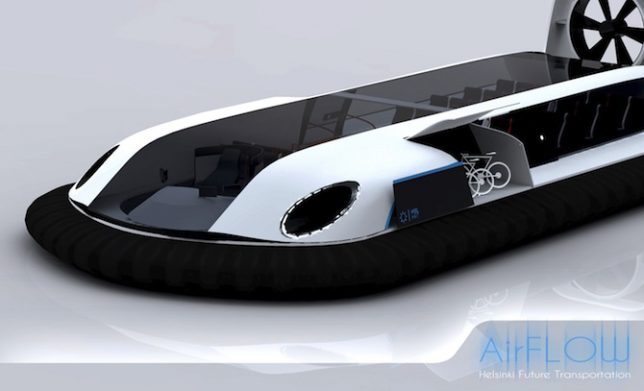 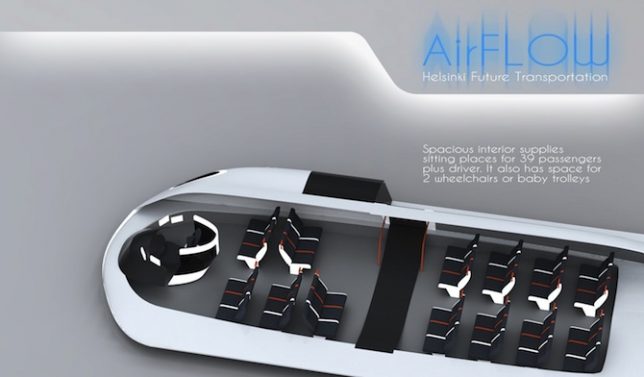 The Airflow Solar Hovercraft solves specific transportation problems in the coastal city of Helsinki, ferrying passengers on the water. The hovercraft tech was chosen because the water in Helsinki frequently freezes, halting marine traffic – but this design can keep moving over rain, ice and snow. Solar panels take in the abundant sunshine that can last up to 19 hours a day in summertime, and the hovercraft has bicycle storage on its sides.

Entirely electric, the Horizon System is a hybrid between a plane and a train, using a maglev-style mechanism to pick up small SkyLink trains full of passengers at local SkyStations and transport them by air. The aircraft – technically a gigantic drone – never touches the ground, as the train pods speed along a track so they can be scooped right up. 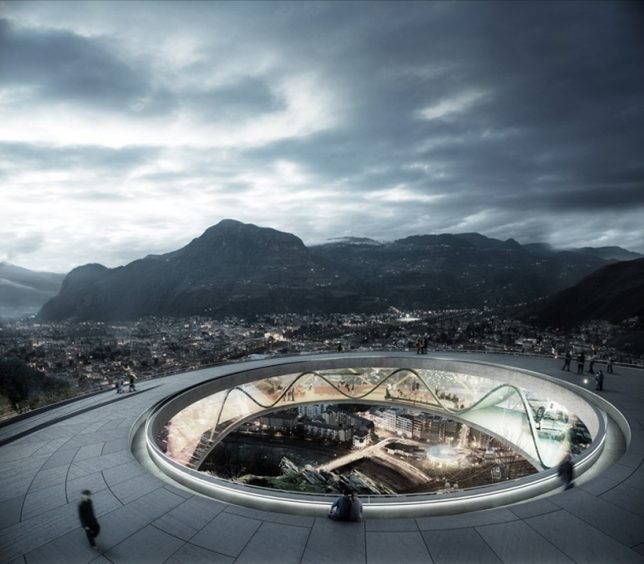 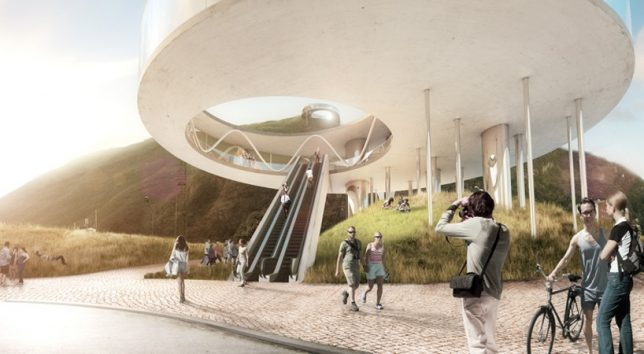 Future transit technology needn’t be limited to urban centers, of course – it can be useful in all sorts of scenarios, including tourist attractions in rural and remote areas. One example is the Bolzano cable concept by Snohetta, connecting the steep Virgolo Mountain of northern Italy to the city below. The journey takes just one minute to ferry passengers from the base of the mountain to the apex. 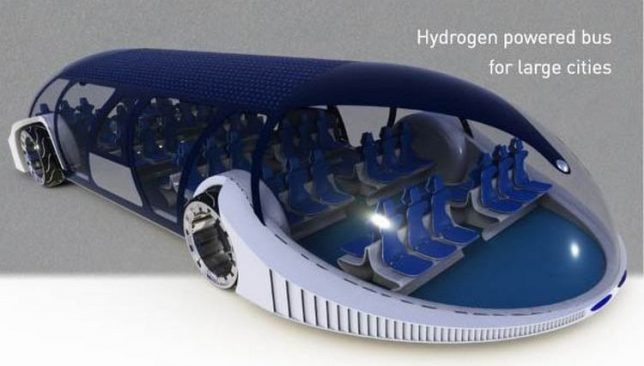 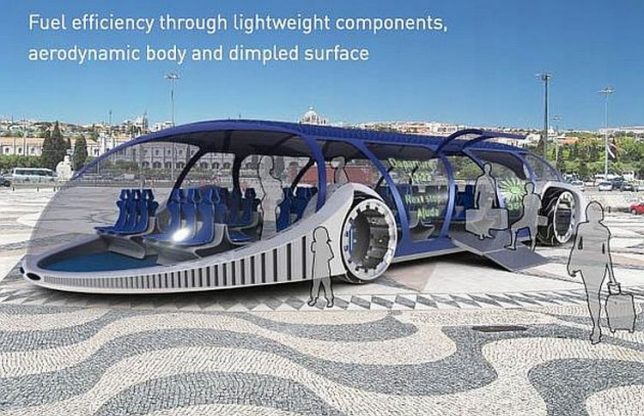 It looks like a big weird deep sea creature and seems awfully bright and sunny inside, but the SKhy Bus concept is also lightweight and fuel-efficient thanks to its aerodynamic body, solar cells on top of the bus, and the hydrogen it produces by processing wastewater. How, exactly, this process would work is a bit of a mystery, as details on the design are few and far between.