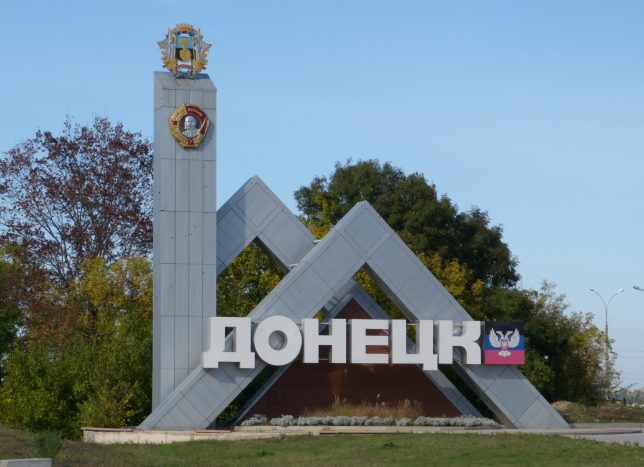 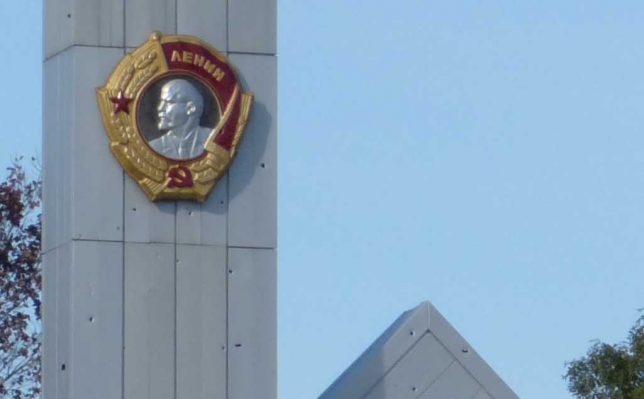 Donetsk, the fifth-largest city in the Ukraine, was founded in 1869 as can be seen on the city’s crest topping the angular city limits sign. Since April of 2014, however, the city has been under the control of pro-Russian separatists from the self-proclaimed “Donetsk People’s Republic” and clashes between opposing forces have left their marks on Donetsk’s infrastructure, not to mention its “welcome” sign. Zoom in for a closer look at the damage – and you thought only ‘Muricans shot up roadside signs!

Mestia By That Much 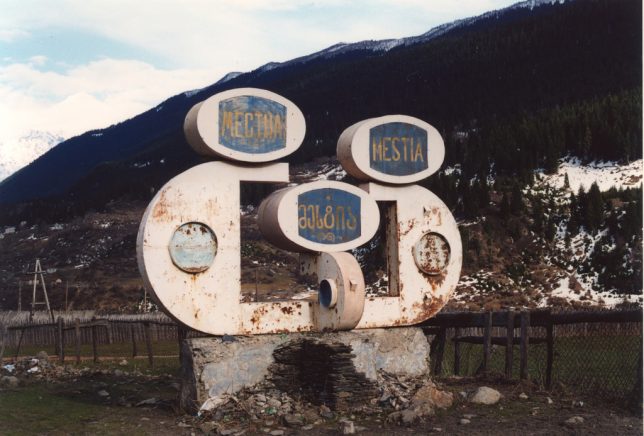 This Soviet-era sign welcoming visitors to Mestia, Georgia has fallen on hard times though it undeniably evokes an otherworldly sort of beauty in Flickr user Simone‘s photo from 2003. The sign displays the town’s name in Russian, English, and Georgian script. 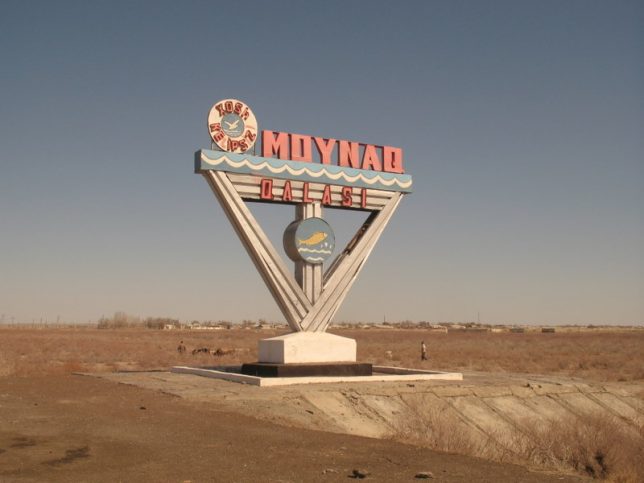 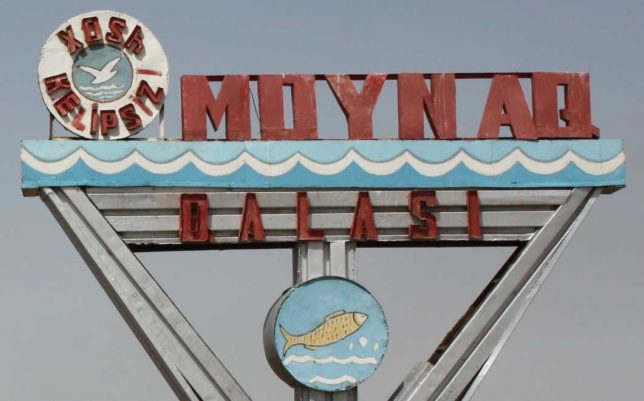 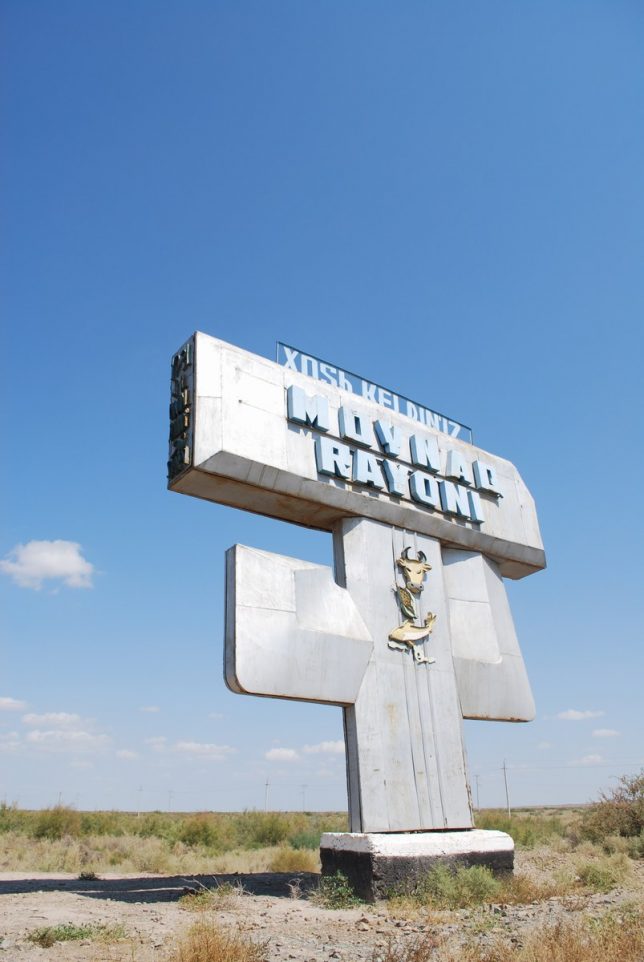 Once a flourishing fishing port on the expansive Aral Sea coast of Soviet Uzbekistan, Moynaq (or Mo‘ynoq) now sits many miles from the shore of the tragically reduced inland sea. The welcome signs for the city and the county both appear to mock Moynaq’s remaining residents: note the nautical themes on the former and the overall anvil shape of the latter. Most of Moynaq’s visitors these days come to explore the rusted hulks of the marooned fishing fleet that “sails” the poisonous sands of the former sea. 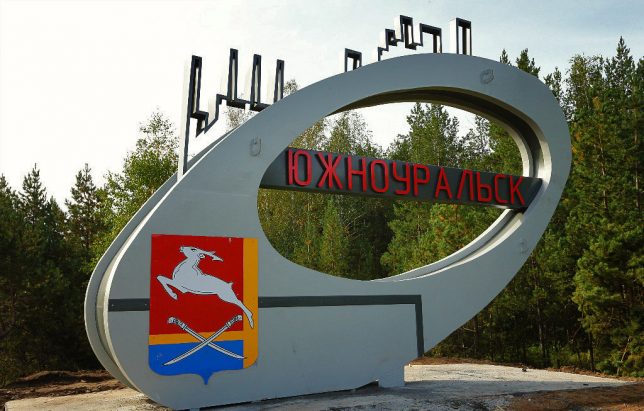 Vladimir Putin’s Russia seeks to restore the glory of its bygone Soviet superpower predecessor and, it would seem, carrying on the tradition of inspiring town welcome signs is part of the process. The sleek, modern, metallic sign above was erected in 2013 just outside the central Russian city of Yuzhnouralsk (pop. 37,800). If the sign’s design looks a tad “spacey”, it just might be coincidental: the giant Chelyabinsk meteor split the skies over Yuzhnouralsk in February of 2013.