These fictional structures seem to be ripped right out of the concept art for a sci-fi film, envisioning a world of architecture that’s totally out of scale with humans but fittingly grand for the environments in which they’re placed. ’Last Day’ by Ukrainian architect Mykhallo Ponomarkenko is the first prize-winning entry at this year’s Fairy Tales concept architecture competition, using classical painting techniques to tell stories of a huge artificial platform that uses anti-gravity engines to escape the laws of physics. 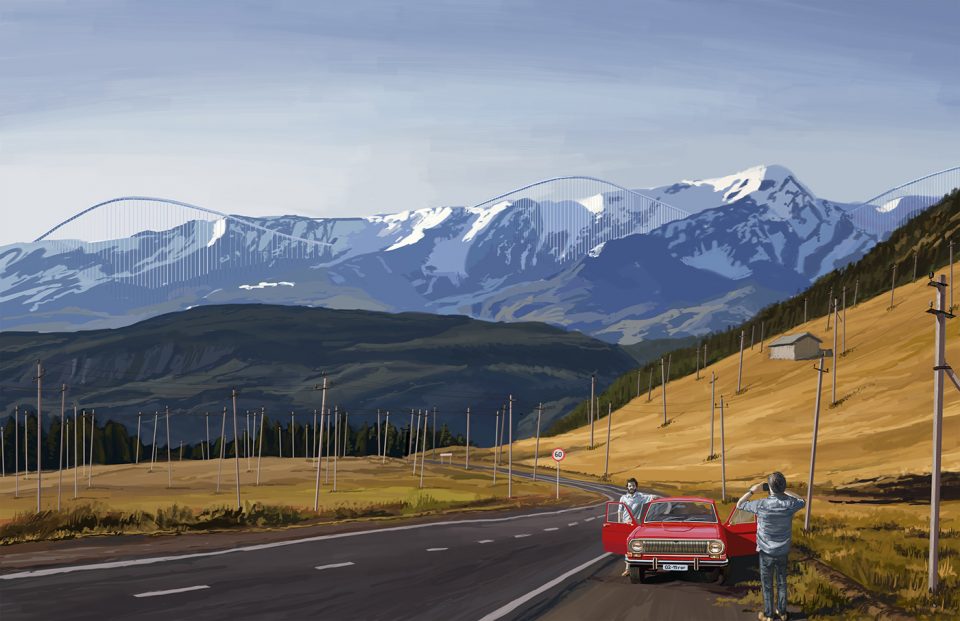 “Landscapes have always inspired me to put something weird, unreal and out of human scale into them,” says Ponomarkenko. “Something not feasible and not practical that contrasts with the natural surroundings, but also exists at the same scale. These satirical interventions lead to new ideas and feelings about nature – they make the viewer more aware about the environment and our harmful impact on it.”

“We are flat surface creatures. Sometimes I feel that we crave it so much that the planet is going to be turned into pavement so cars can go anywhere, and our industries could continue expanding. The ‘Saturn Rings’ in my proposal represent these flat surface desires but in a more poetic, optimistic, and friendly manner.” 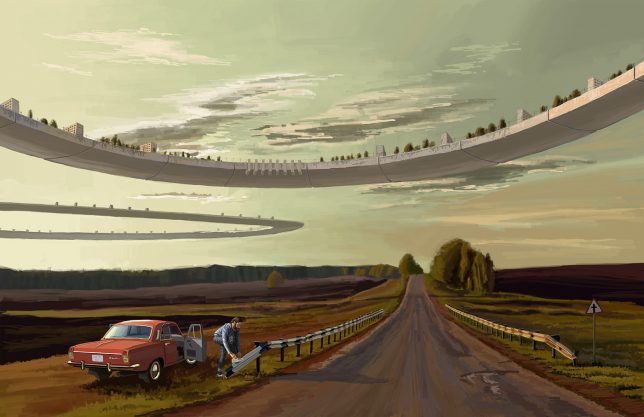 Organized by Blank Space, an online architecture platform, the fourth annual Fairy Tales competition announced three winners selected from over 60 project submissions. Winners are awarded prizes of $2,500, $1,500 and $1,000, respectively, and select projects will be featured in the fourth print edition of Fairy Tales: When Architecture Tells a Story. Read the story that goes along with ‘Last Day’ and see the rest of the entries over at Blank Space. 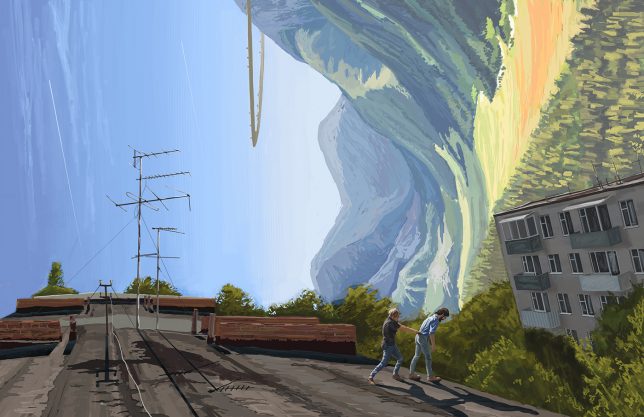 “The proposals put forth in the Fairy Tales competition create entire worlds of the imagination – they build their immersive stories as much by what they don’t say, as by what they do,” says Blank Space. “The winning entries in this year’s competition include oblique references to current events, mundane daily activities and human emotions that we all easily relate to – they make visible how we shape space, and in turn, how space shapes us.”

“The images and narratives are so wildly outlandish, and yet, so grounded that it seems like we could mistakenly stumble into any of them. They are personal and powerful – a testament to the power of architecture as a world-builder.”