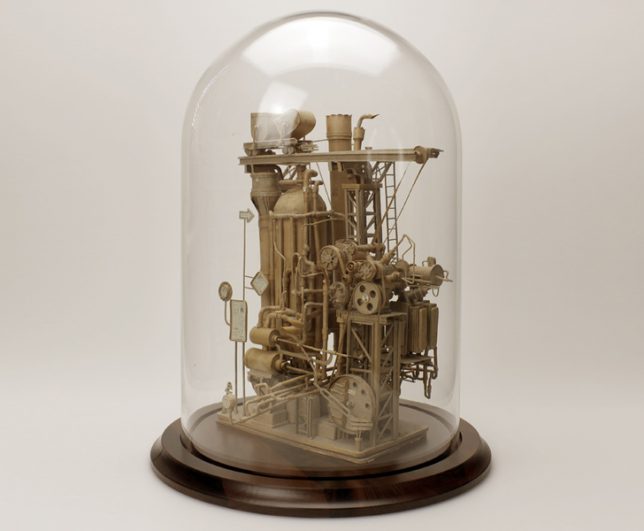 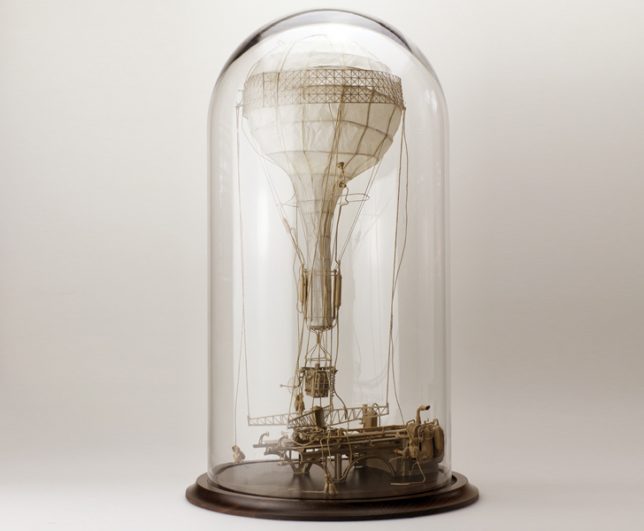 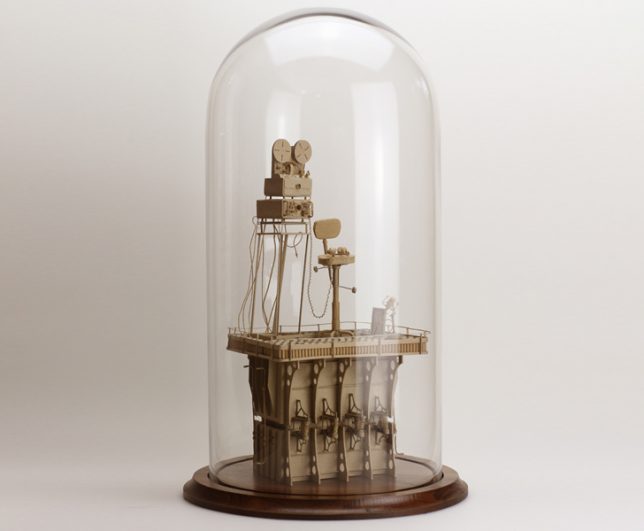 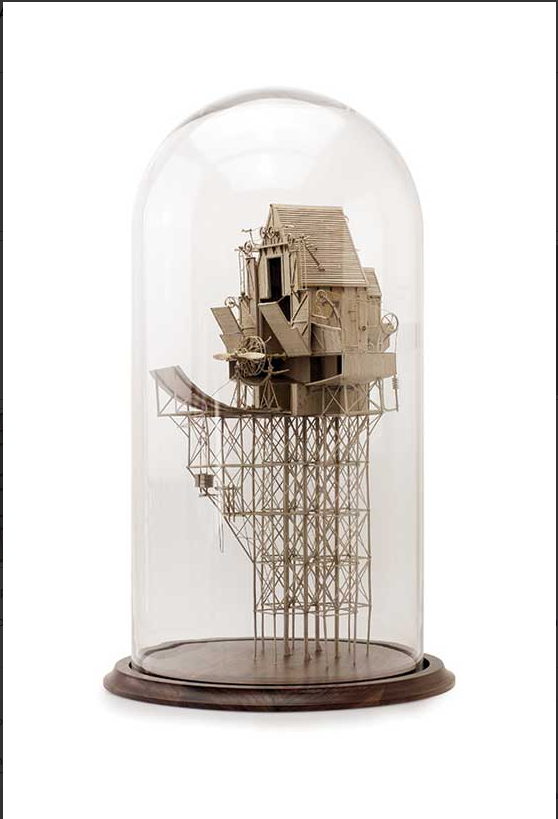 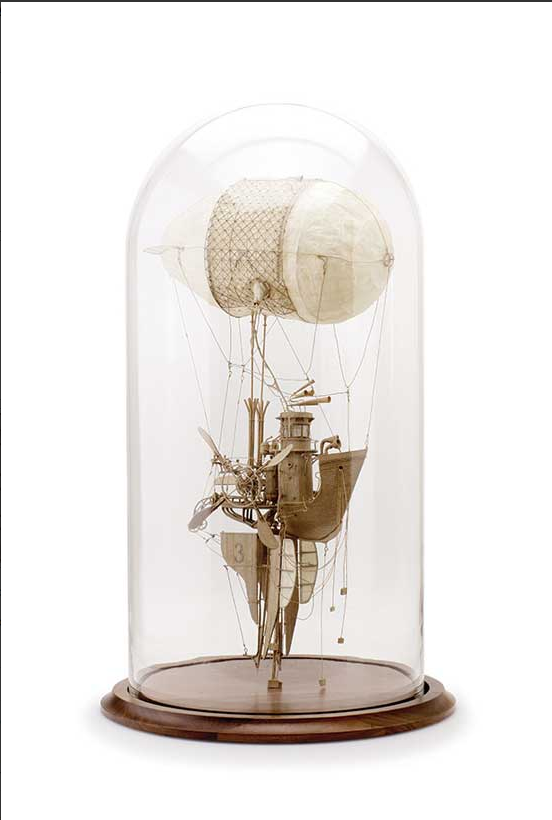 As part of a series entitled ‘Sets for a Film I’ll Never Make,’ artist Daniel Agdad conjures fantasy architecture from no more than cardboard and glue, creating complex interiors inspired by scenes from the past. Another series, ‘Principles of Aerodynamics,’ envisions complex machinery and infrastructure created from imagination and memory “to satirize the fallibility and unpredictability of machines and our reliance on them.” 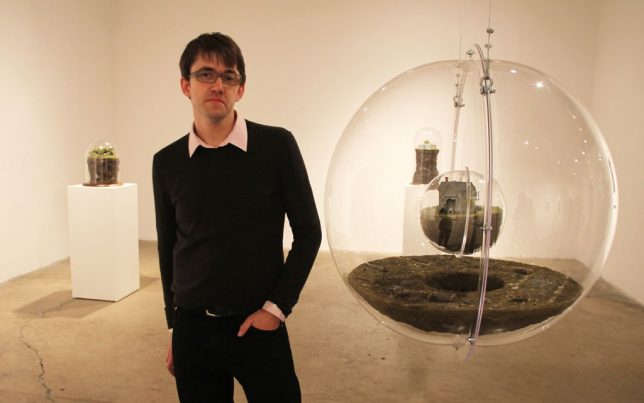 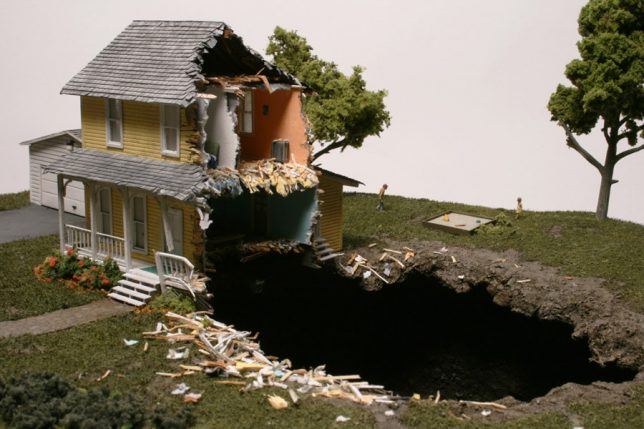 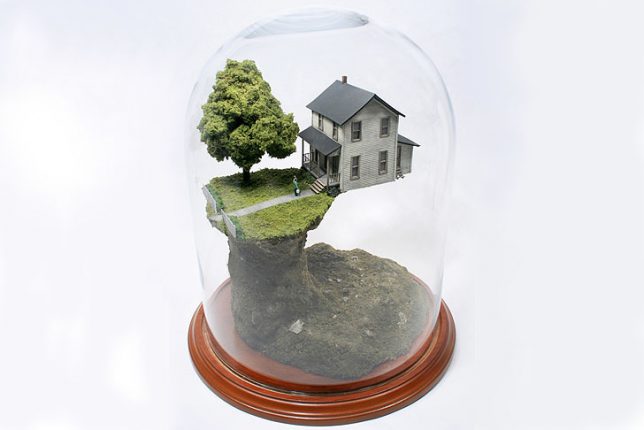 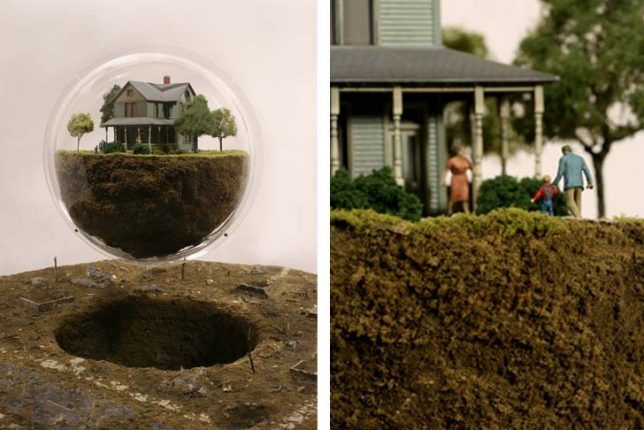 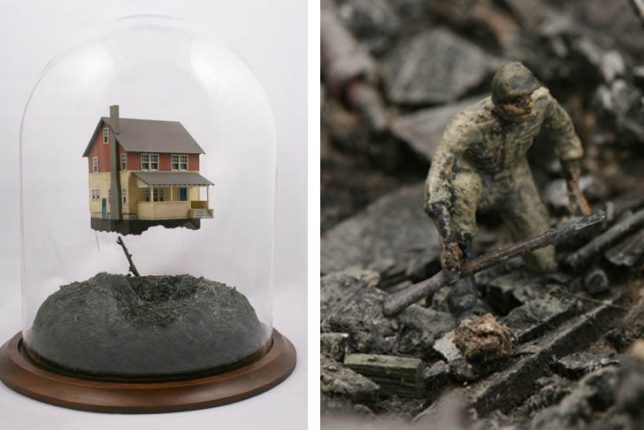 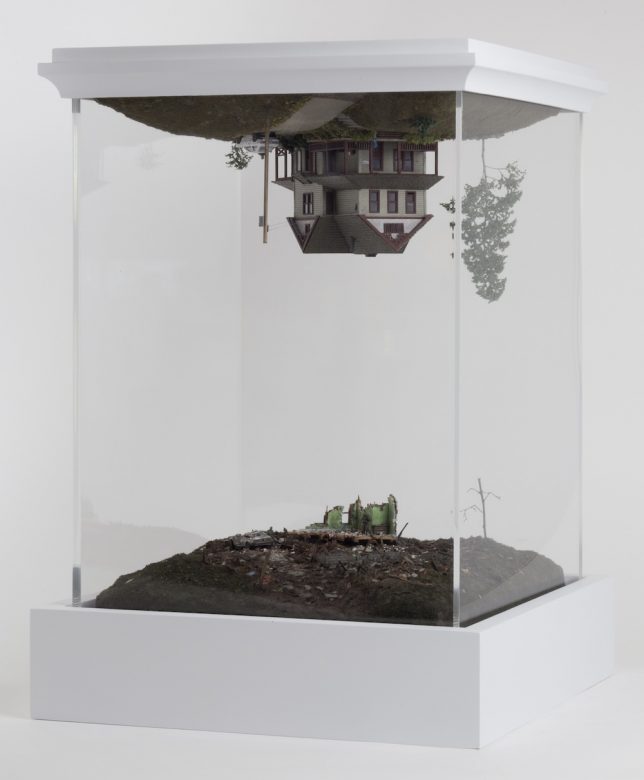 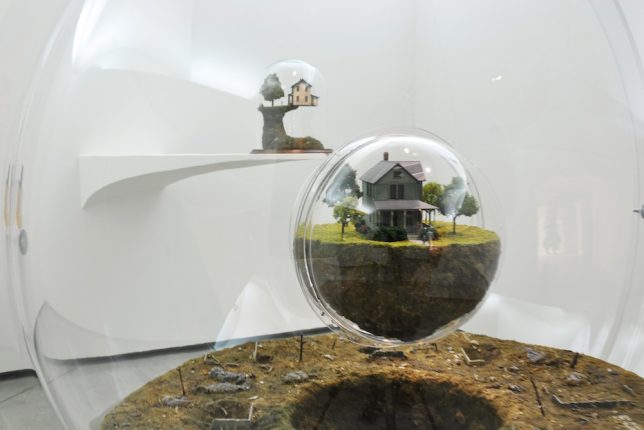 There’s always something slightly (or seriously) off about the miniature scenes crafted by artist Thomas Doyle, whether that means a colossal crack has appeared in the earth beside a serene suburban home or the entire structure is mysteriously floating in the sky above a pile of rubble. Built at 1:43 scale, the tiny glassed-in worlds are surreal representations of disaster, catastrophe and the powerlessness we often feel in the face of nature. 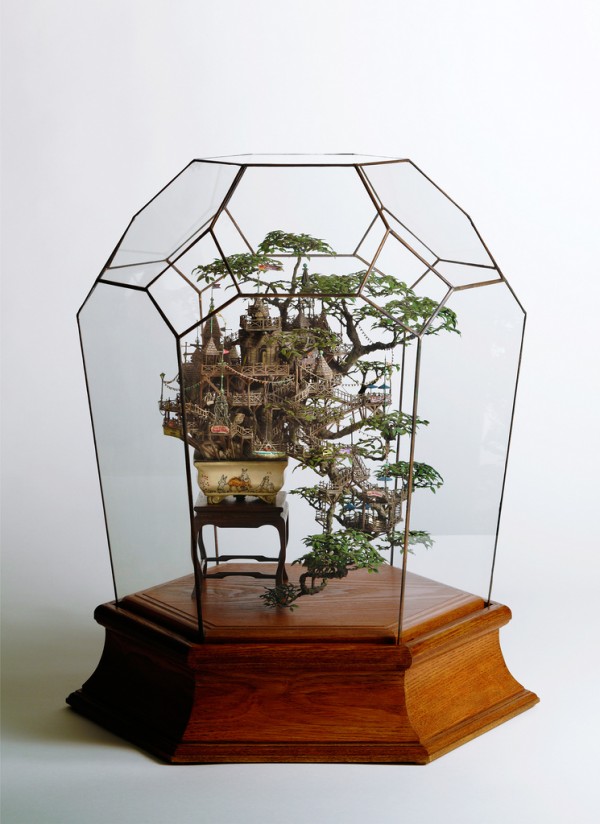 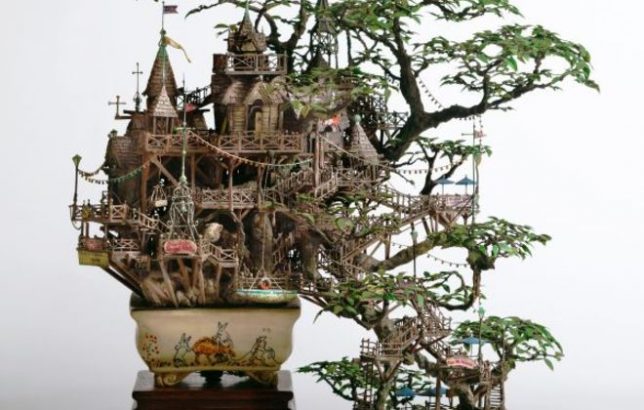 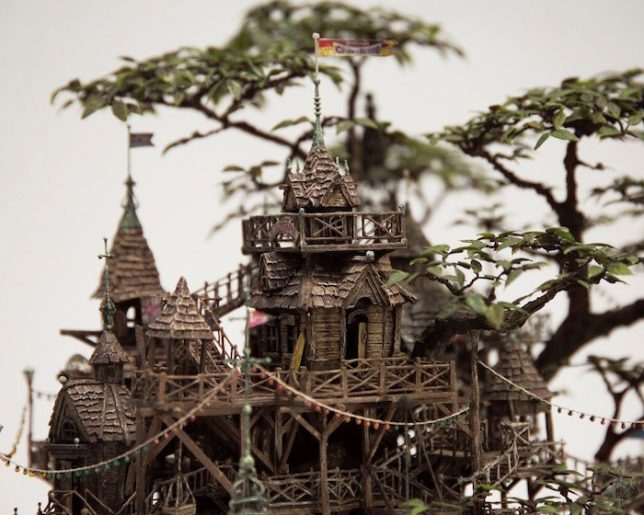 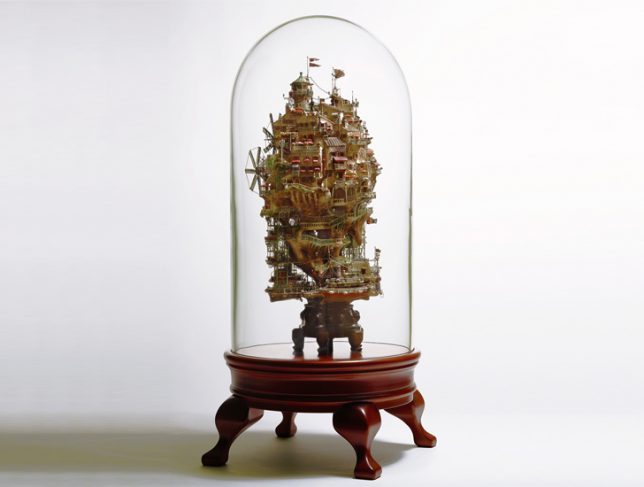 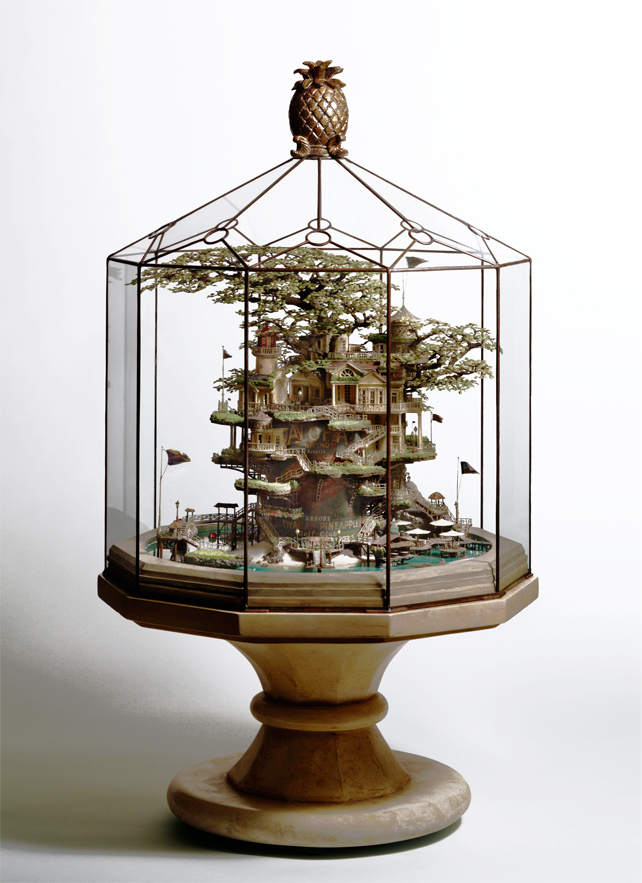 Moving well beyond bonsai tree houses to astonishingly complex bonsai castles, artist Takanori Aiba carves miniature structures that weave in and out of the branches or take over the diminutive trees entirely. Each of his complex structures are contained within custom glass terrarium casings reminiscent of Victorian gardens. 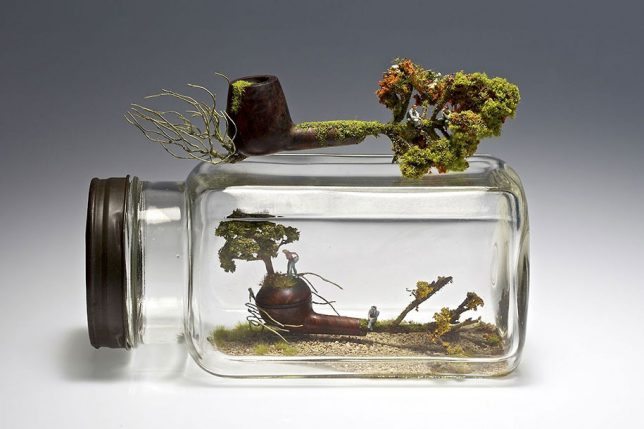 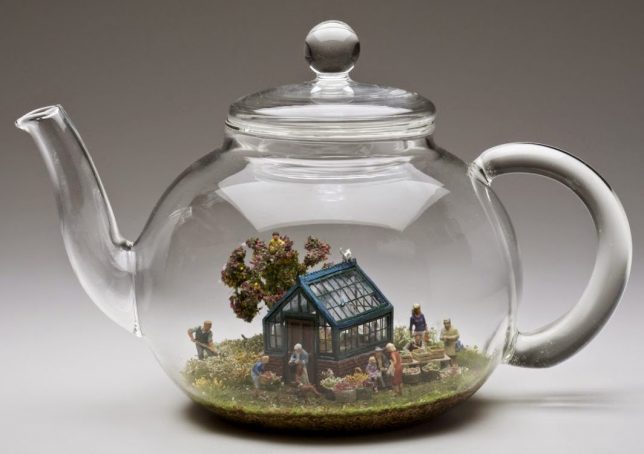 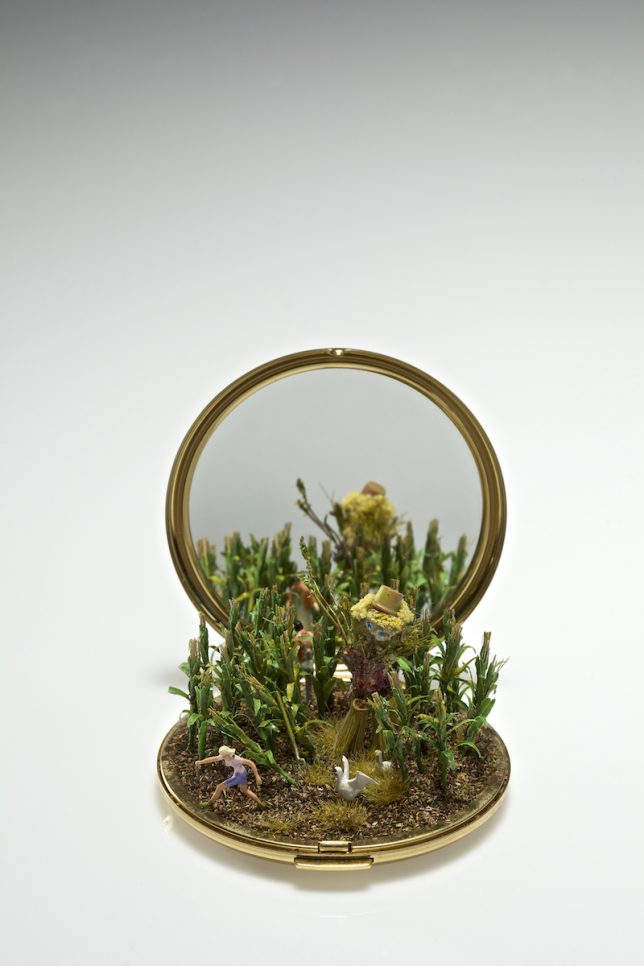 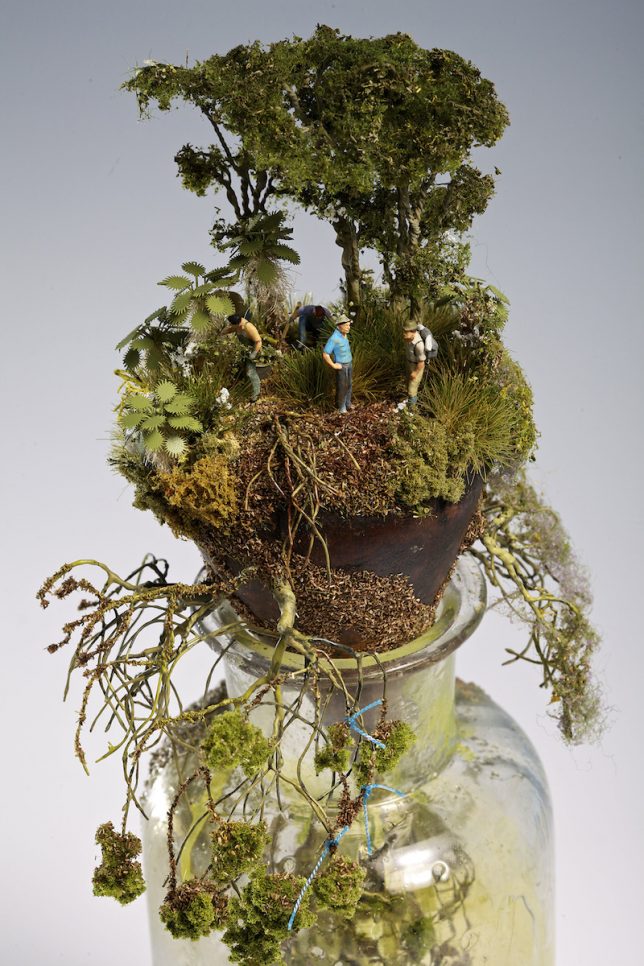 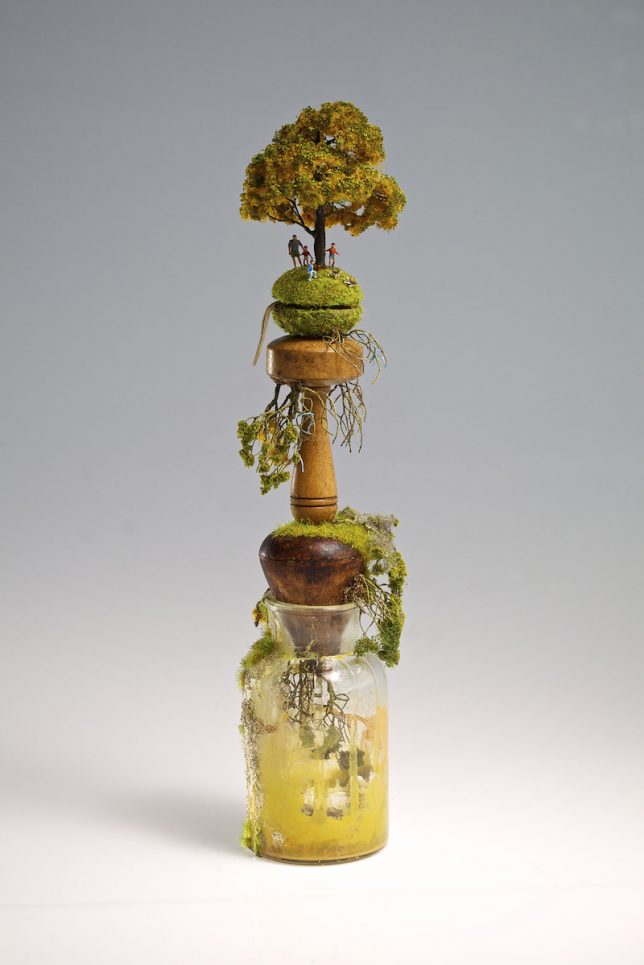 Glass vessels can’t quite contain the life bursting forth from creations by Kendal Murray, which seem to have organically expanded beyond their bottles, teapots and glass compacts. “The idea of creating these miniature works came from dream states and how we are able to play with our own identity, to play with different roles we take on in our dream state,” she says. “So the miniature works serve as a metaphor for intuitive thoughts.”