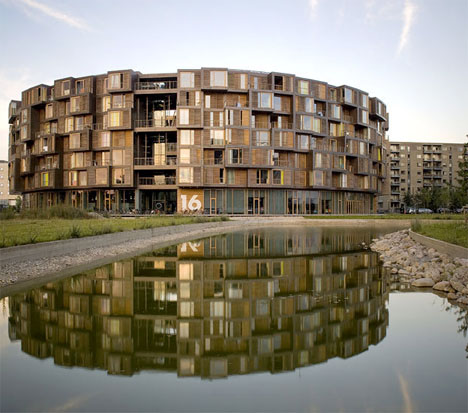 Many college dorms – especially at public schools – are little more than prison-like rows of cheap, boring housing with no architectural interest to speak of. That’s definitely not the case at Tietgen Student Hall in the Ørestad district of Copenhagen, a circular seven-story building measuring 288,000 square feet with 360 rooms. 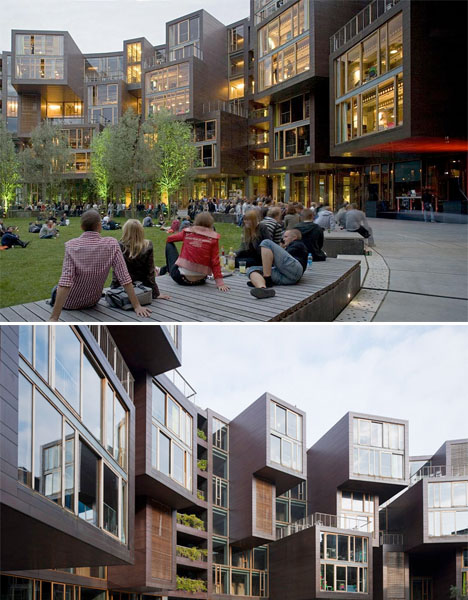 The circular shape enables all rooms to face outwards with a view of the courtyard, emphasizing equality and community. It also lets in lots of natural light. Each of the rooms has either a French window or a balcony. 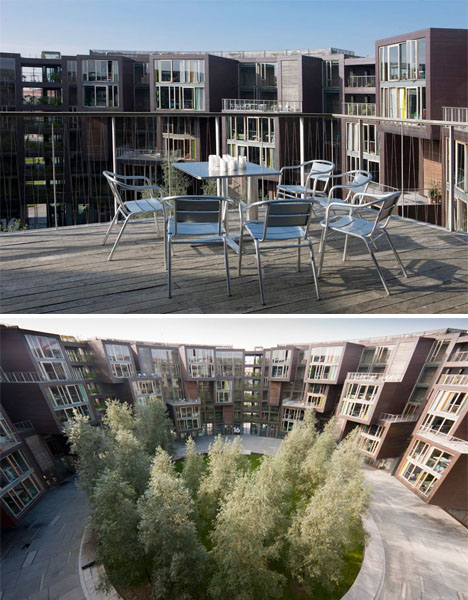 Communal facilities on the ground floor include 30 kitchens, each with four fridges and two stoves, as well as music rooms, a bike storage room, a gym, a computer room, a study hall, an assembly hall, and outdoor sports areas. There are also sewing, bike and wood workshops. 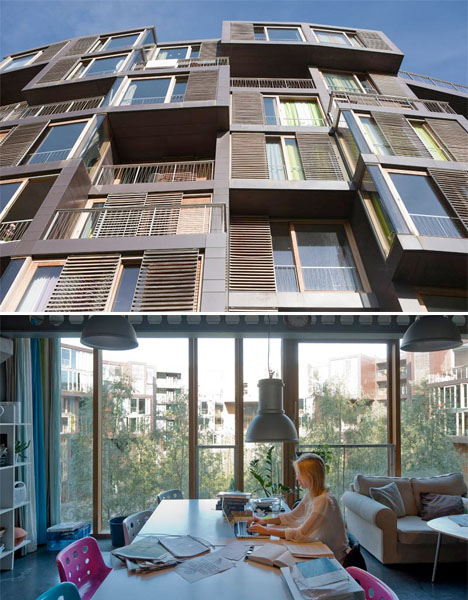 Completed in 2006 and designed by Lundgaard & Tranberg Arkitekter, the building looks more like a luxury apartment complex than college housing. “The house itself says what the idea behind it is: community,” say the architects. “You can walk all the way round on all floors. No hallways are a dead end; no doors are locked. The house does not turn its back on anyone.”