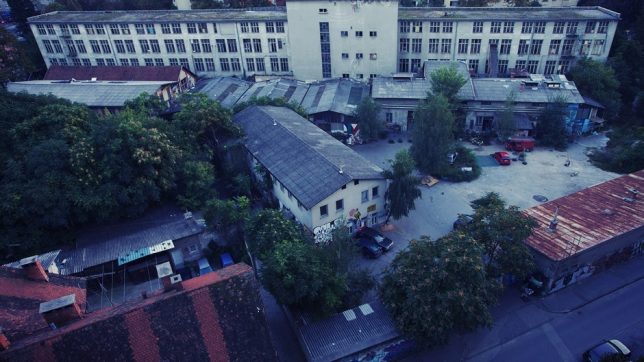 ROG and roll! Well, not any more – Tovarna Rog, where classic ROG brand bicycles were manufactured in the heart of Ljubljana, Slovenia, shut down in 1991. The site was then left abandoned for the next fifteen years. 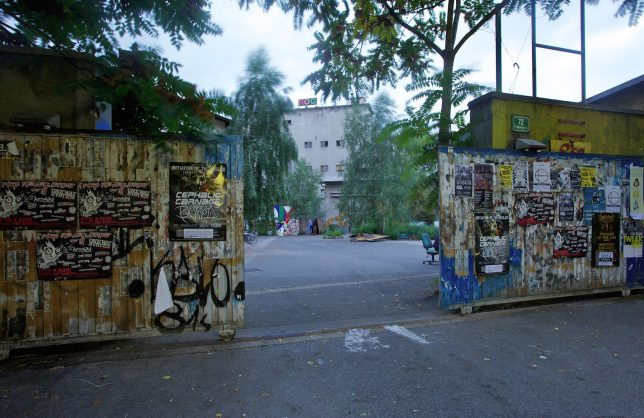 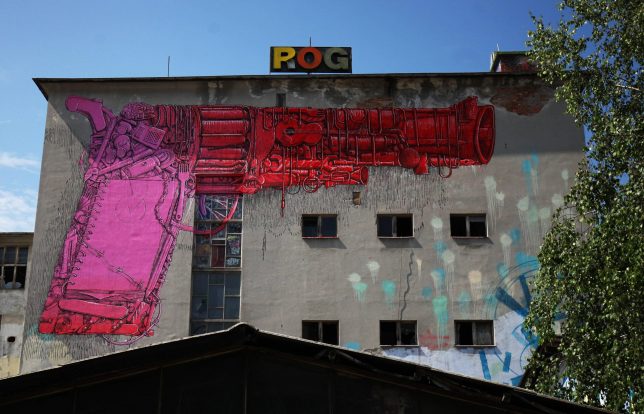 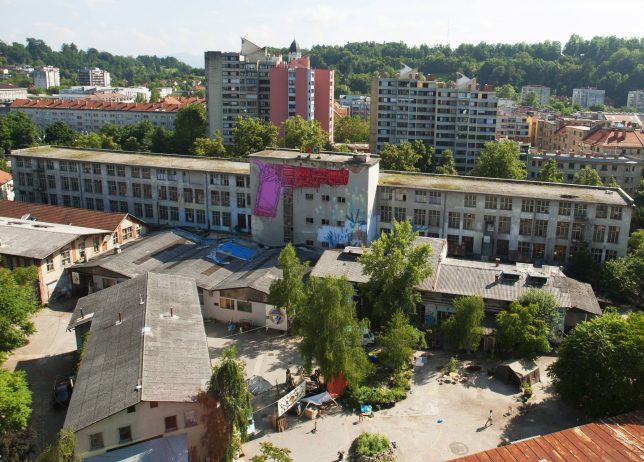 In 2006, the informal TEMP group invited local artists to the factory to produce films, graphic and visual art, music and dance projects. By 2010 the city had assumed management of the factory and has been gradually converting it into a cultural center with a concert hall, skate park, ateliers and studios. 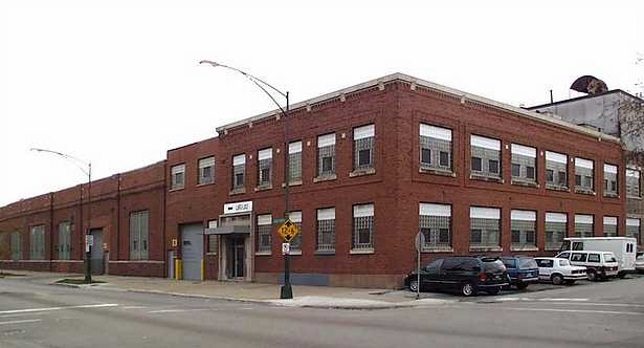 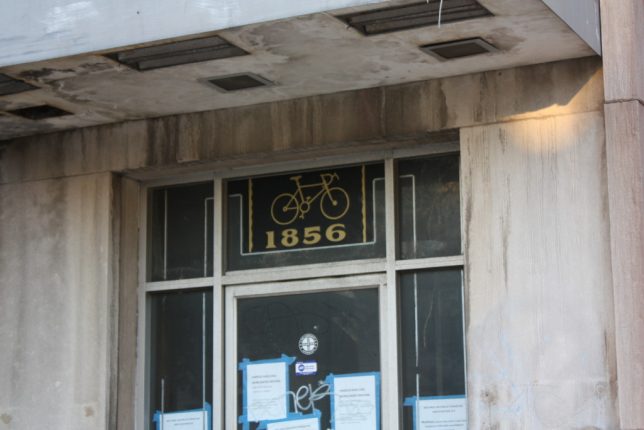 The Schwinn Bicycle Company was founded in Chicago, Illinois at the end of the 19th century and its huge factory on Kildare Street cranked out Schwinn bikes until 1982. The former factory was then razed with the North-Grand High School being erected on the site in 2004. A small remnant of the mighty Schwinn complex lingers on: a small office building located across the street at 1856 N. Kostner Ave. Though Schwinn as a company has faded into history, the Kostner Ave. building proudly displays a small but evocative symbol of its former glory.