The Hebrew Alphabet in Bacteria by Ori Elisar 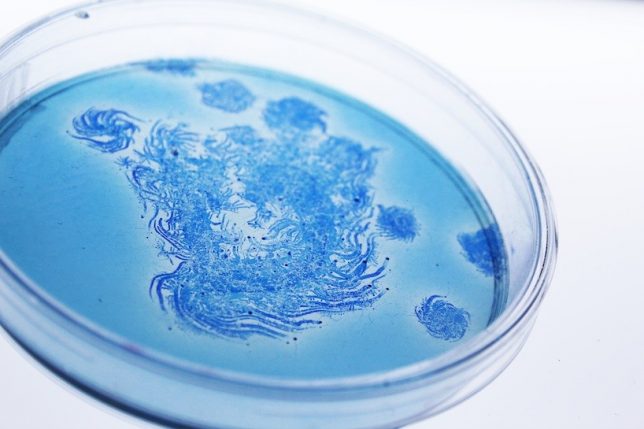 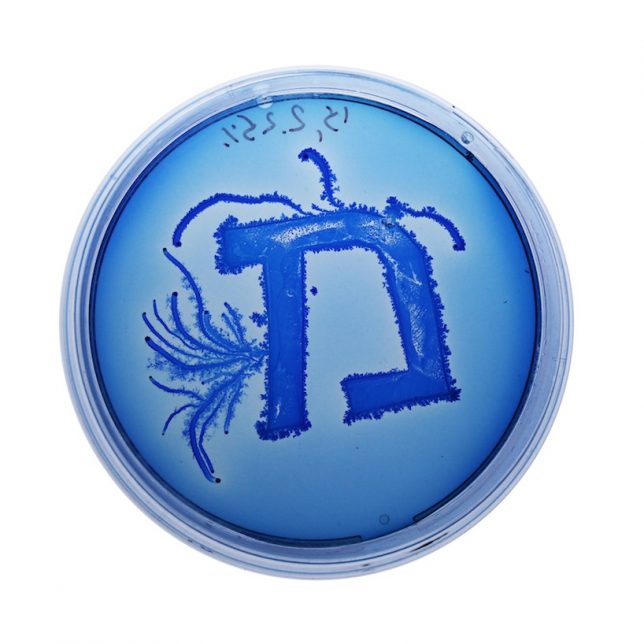 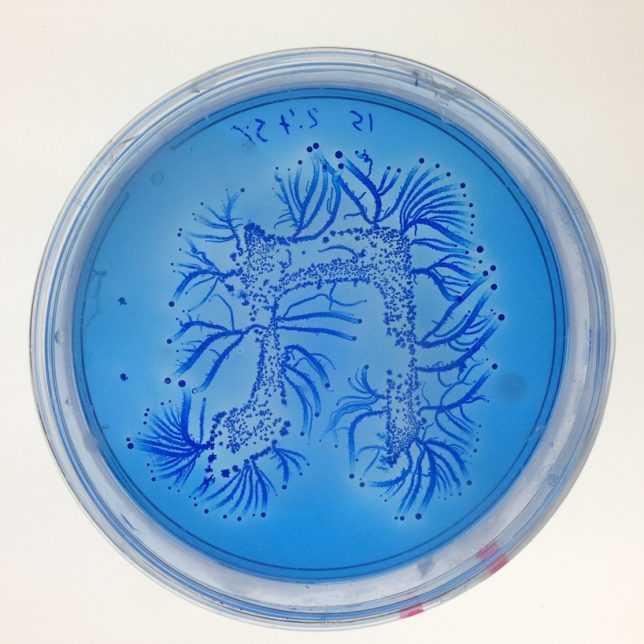 The ‘Living Language’ project by Ori Elisar uses paenibacillus vortex bacteria in petri dishes to spell out letters from the paleo-Hebrew alphabet. “An ink created by growing Paenibacillus bacteria on petri dishes, allowing the interactions between nature and culture to be revealed,” says Elisar. “The ongoing project also explores the developing states of Hebrew language and the Hebrew character.” 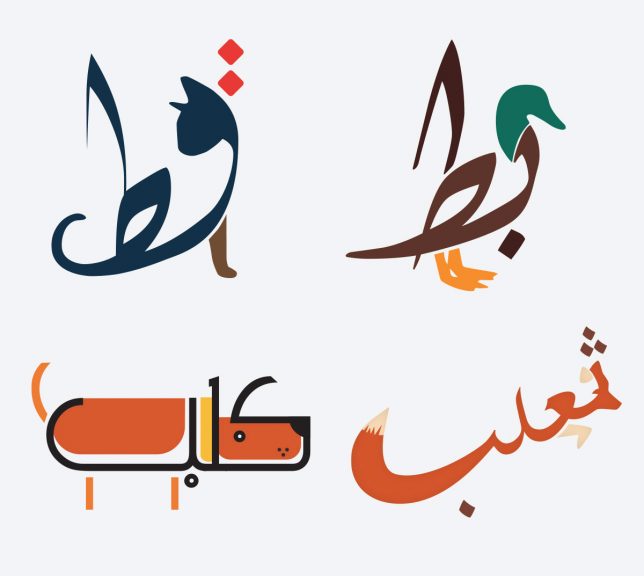 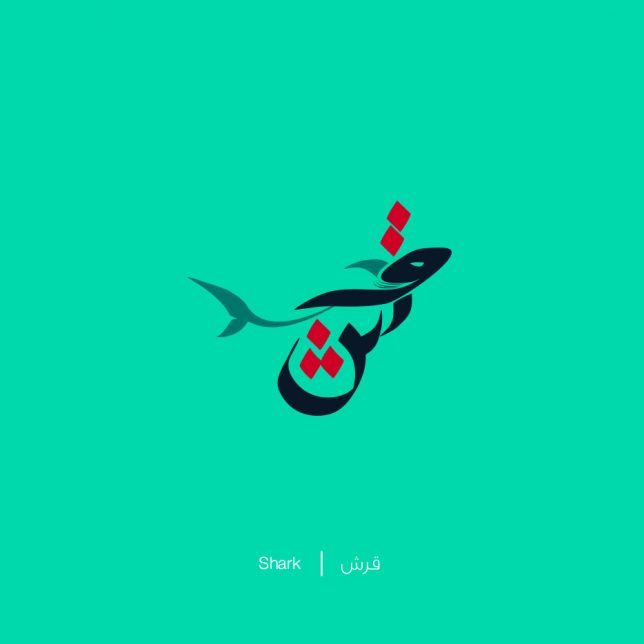 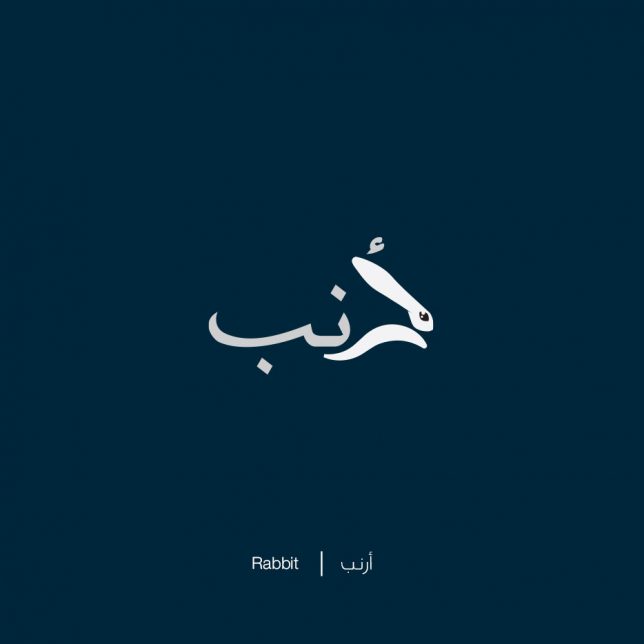 Designer Mahmoud Tammam illustrates Arabic script to make it resemble the shapes of the words’ meanings, an especially elegant exercise when it comes to animals like whales, rabbits, geese and cats. 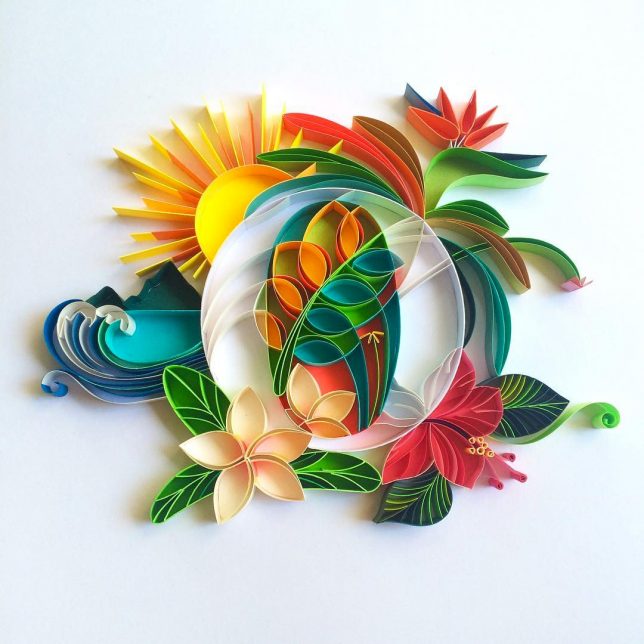 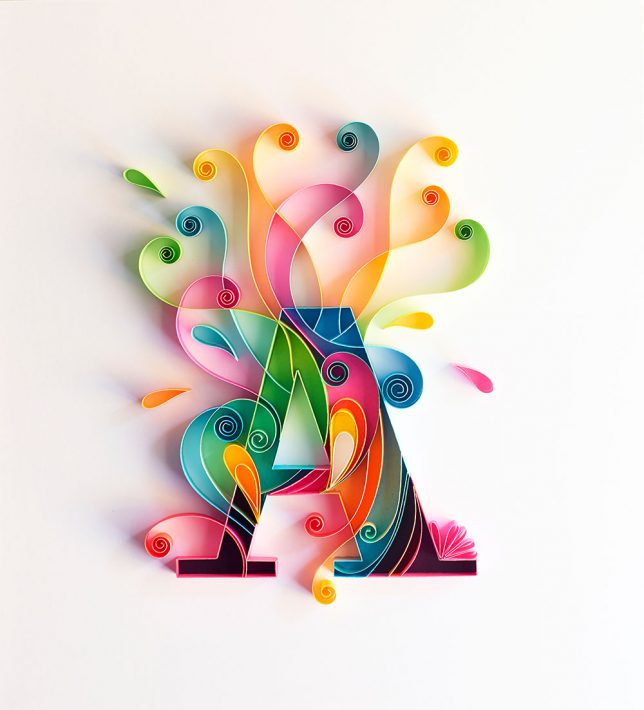 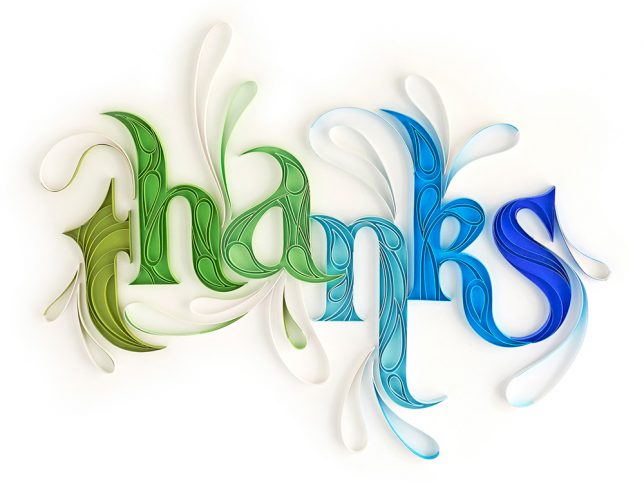 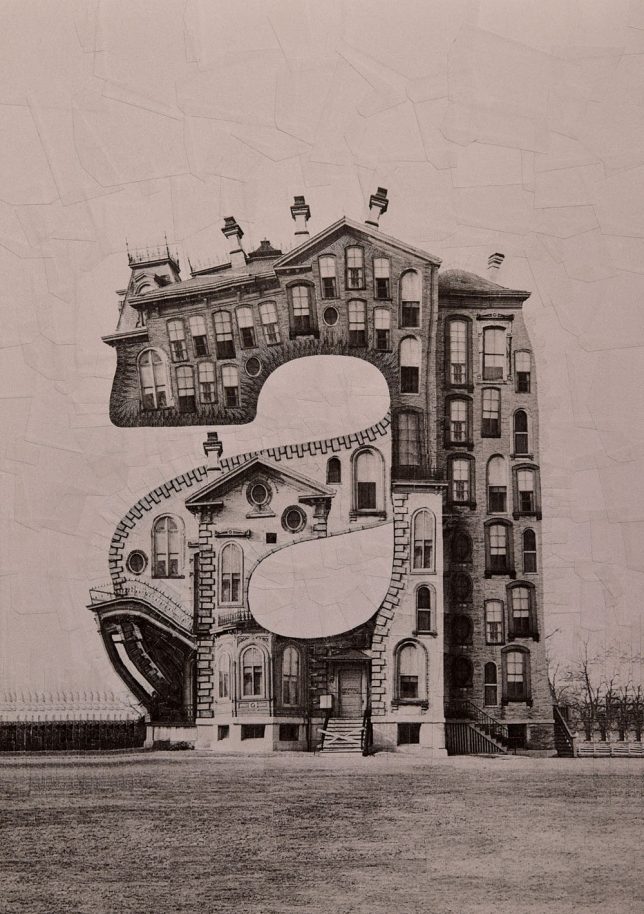 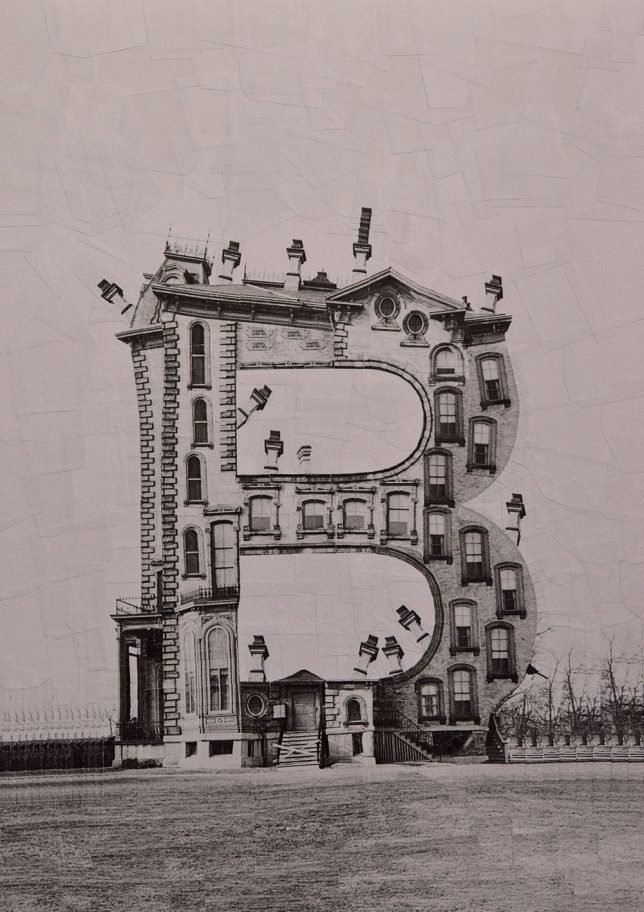 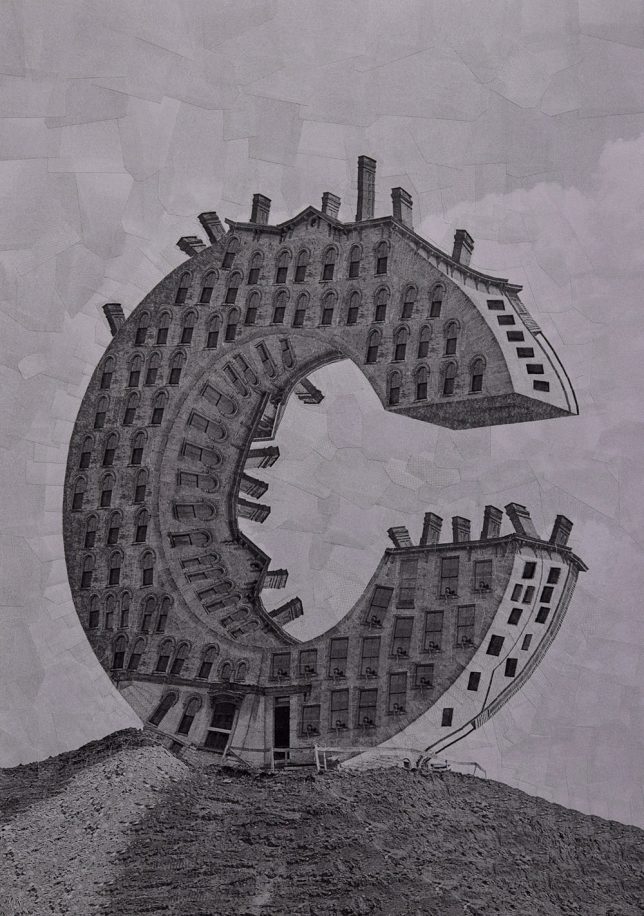 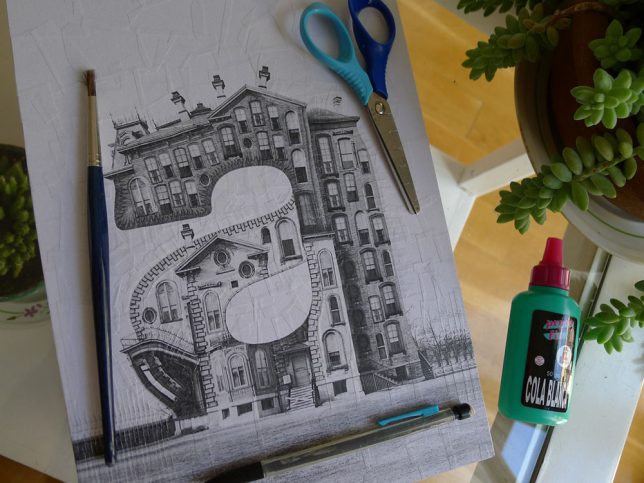 Black and white photographs of architecture are manipulated into the letters of the alphabet, with most of their features intact, bristling with chimneys and window shades, in this series by artist Lola Dupre.

Typographic Forms Made of Religious Texts by Meg Hitchcock 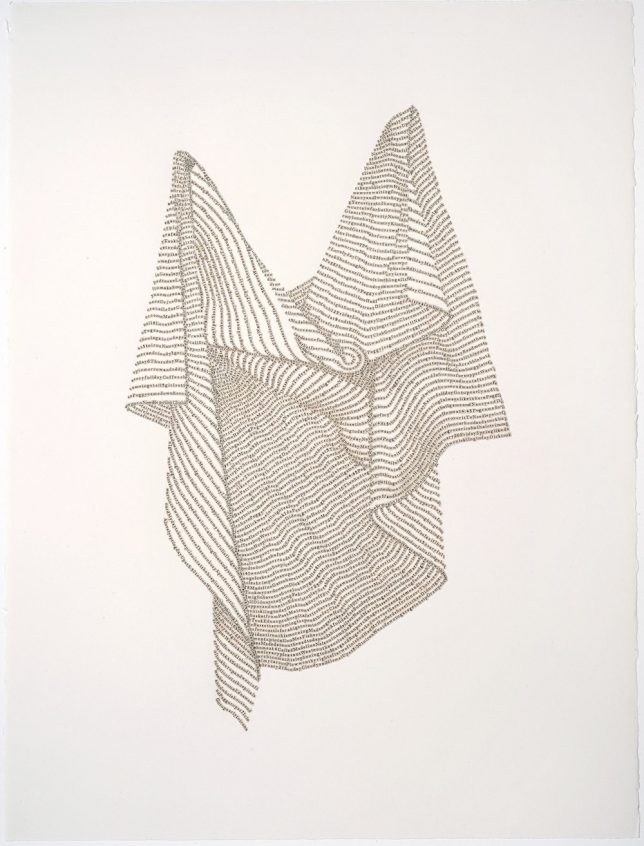 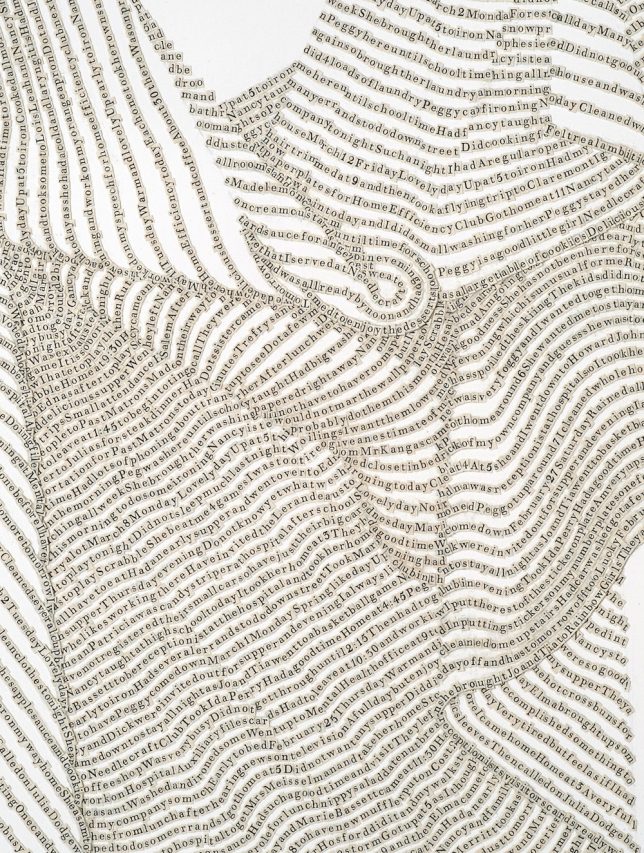 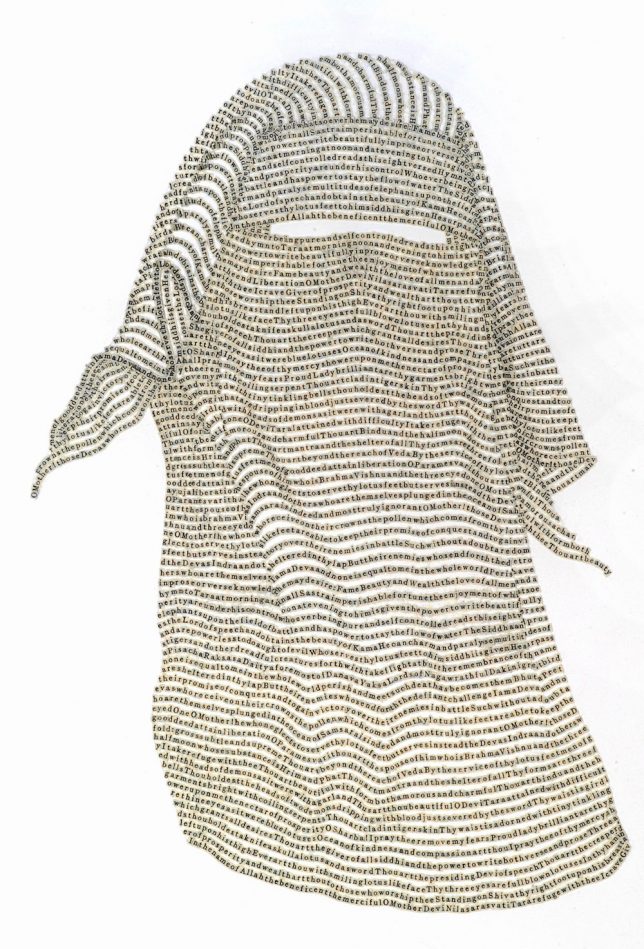 “The labor-intensive aspect of my work is a meditative practice as well as an exploration of the various forms of devotion,” says Meg Hitchcock of her typographic works made from religious texts. “A long history in evangelical Christianity formed my core beliefs about God and transcendence, but I later relinquished the Christian path. I now gravitate toward Eastern Mysticism, and am deeply moved by Islam. My work is a celebration of the diverse experience of spirituality and the universal need for connection with something greater than oneself. In the end, the holy word of God may be nothing more than a sublime expression of our shared humanity.”