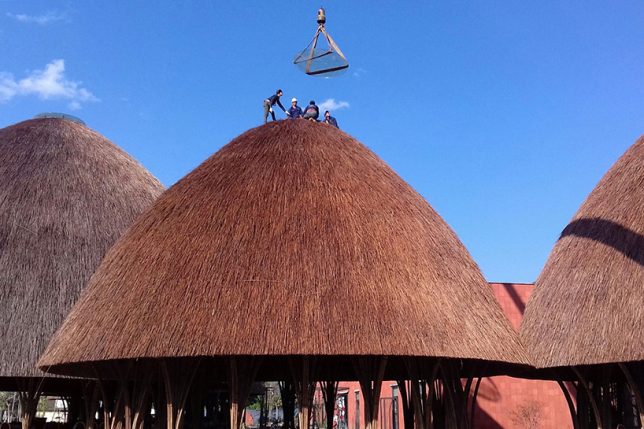 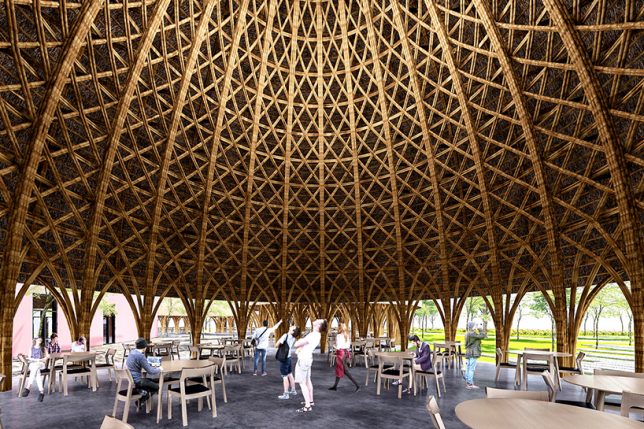 Five dome-shaped structures rise up to varying heights to mimic the line of mountains in the distance in this project by Vo Trong Nghia architects, which draws from traditional basket weaving techniques for its double-layered roof system. Each structure will serve a different purpose, like a cafe, foyer and hall. 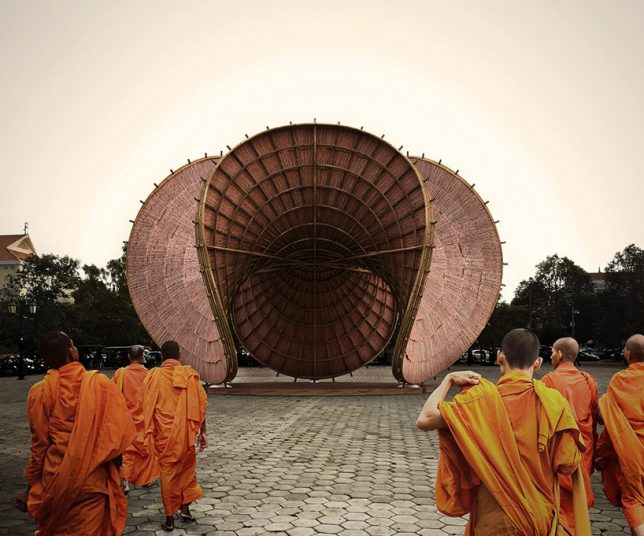 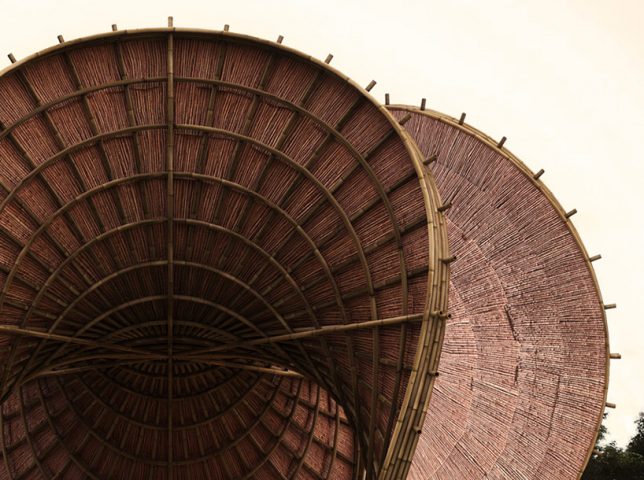 Proposed for the 2017 International Bamboo Festival in Phnom Penh, Cambodia, ‘Camboo’ by Luca Poian Forms is a sinuous pavilion exploring the structural possibilities of this fast-growing material, which can be found all over Asia.

Bridge in Java by Indonesian Architects Without Borders 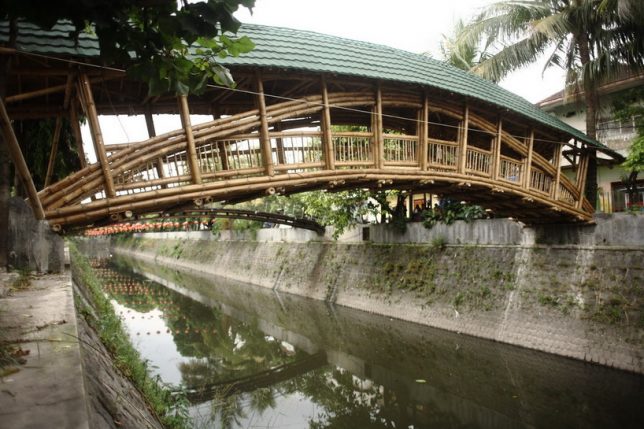 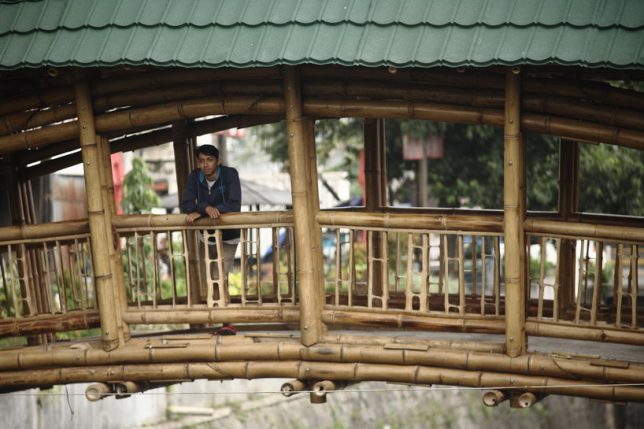 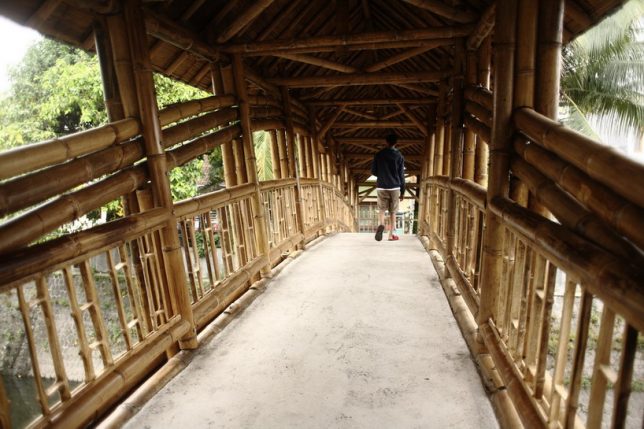 A roofed bridge spans a canal in this project in Java by Indonesian Architects Without Borders, the first of its kind in Indonesia. The creators hope it will help spur more public structures made of bamboo in cities. 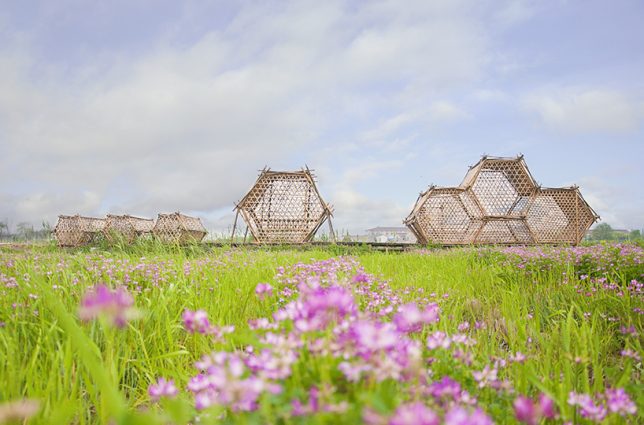 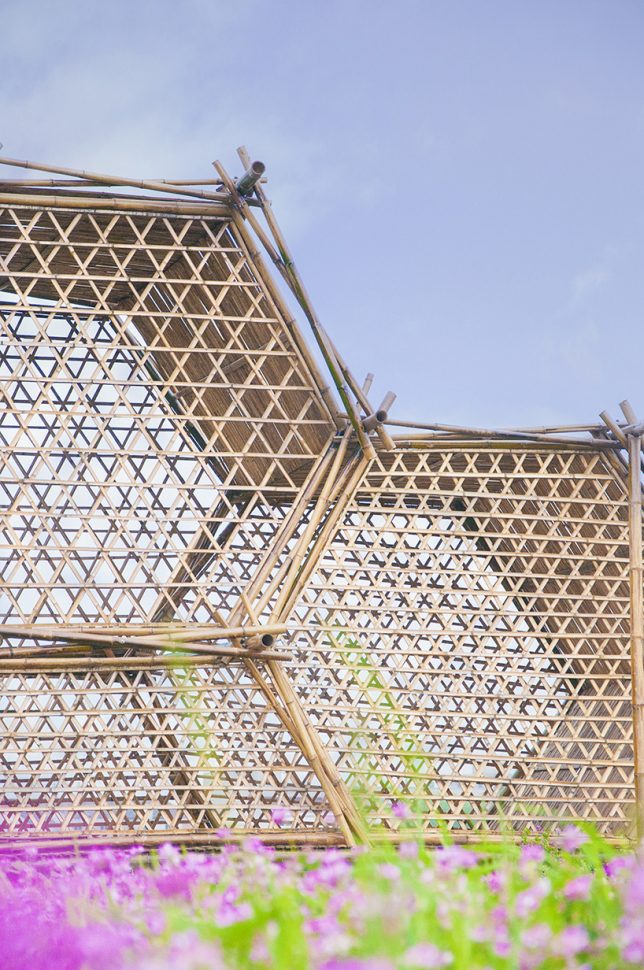 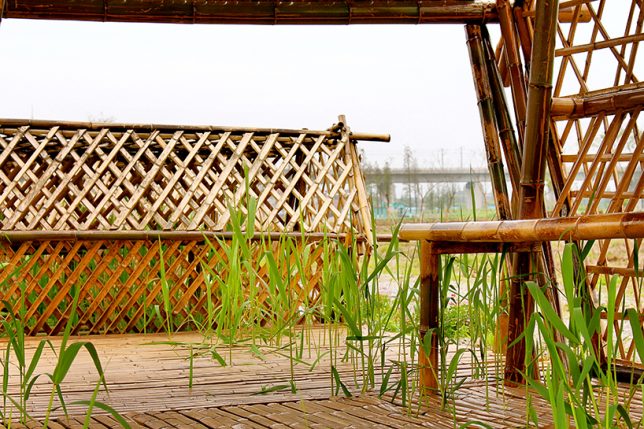 Sitting in the middle of rice fields in Yixing, China, ‘Mountain Poetic’ is a series of hexagonal bamboo huts that act as both visual landmarks and sheds for ducks. The structure makes the huts modular, so they can be easily expanded and stacked in varying sizes.