Rippling, unfolding, slithering and glowing like bioluminescent creatures, these kinetic and illuminated works of art are mesmerizing to watch. We can’t help being fascinated by the combination of light and motion, especially when it’s integrated into clothing, responds to our gaze or voices, or is engineered into monumental interactive installations of laser beams for our slack-jawed amusement. 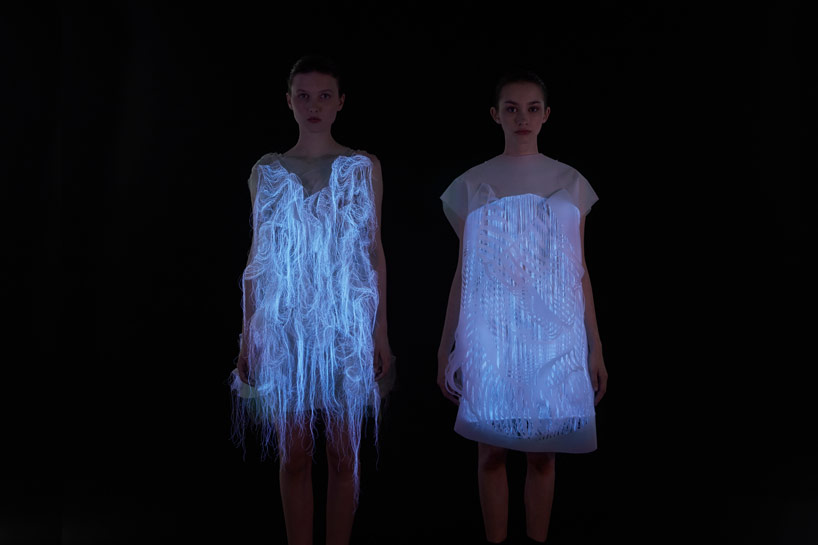 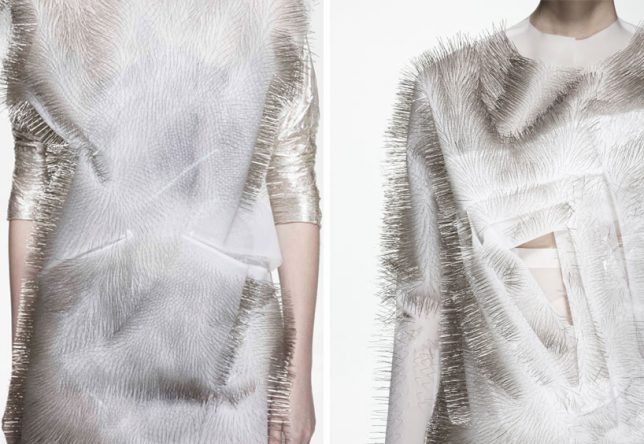 ‘Incertitudes’ and ‘(NO)Where (NOW)here’ by fashion designer Ying Gao are two series of unusual reactive garments – the former covered in rippling dressmaker pins, and the latter moving like a living creature while glowing eerily in the dark. The photo luminescent thread works with eye tracking technology to activate movement by the gaze of spectators, while the pins respond to spectators’ voices. 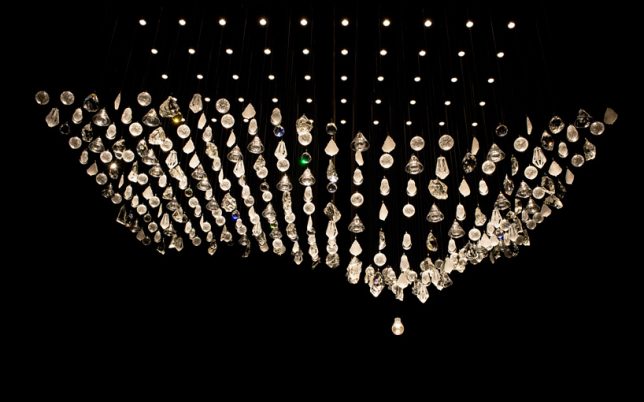 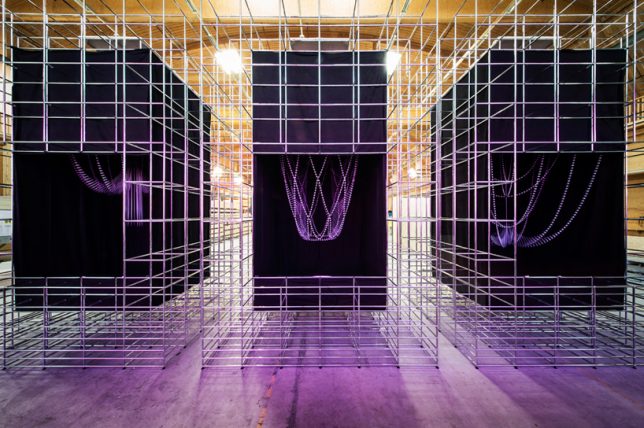 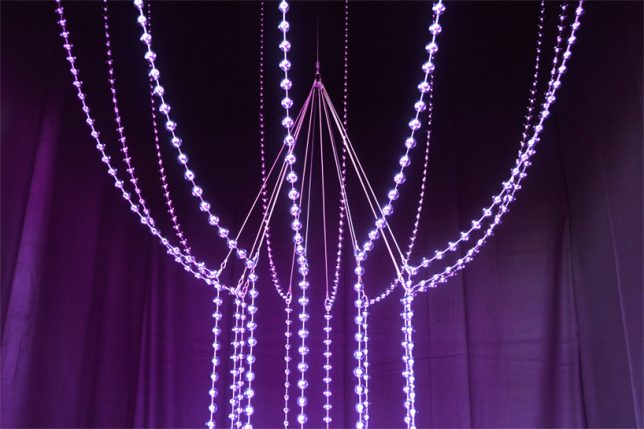 A company called USM produces a network of industrial components known as USM Haller Systems that offer infinite reuse and reconfiguration possibilities. For Designer’s Saturday 2014 in Switzerland, the company commissioned Atelier Öi to use these parts as a base for a kinetic art installation expressing these possibilities. ‘La Vie en Rose’ is the result. 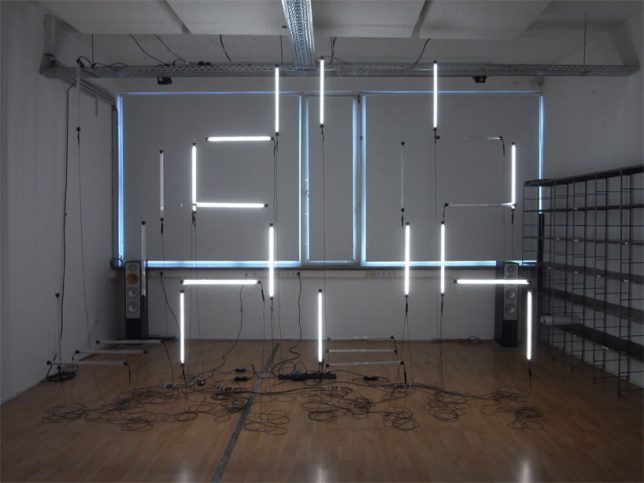 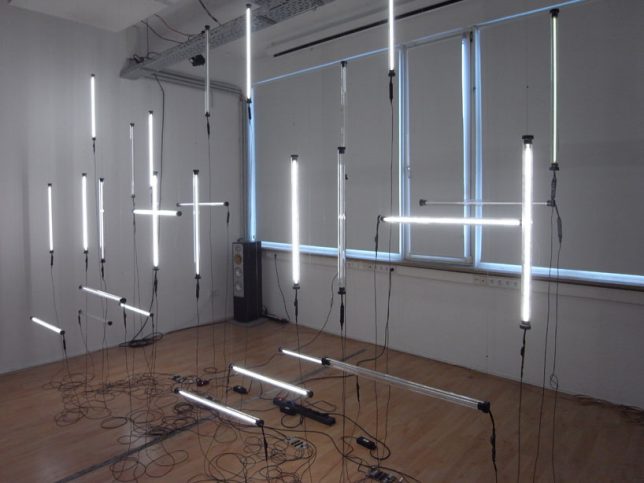 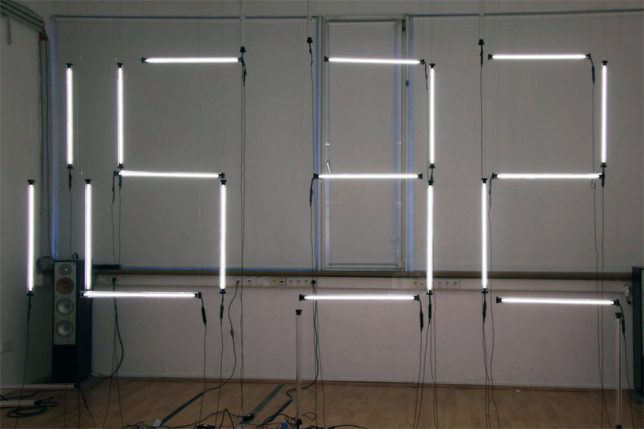 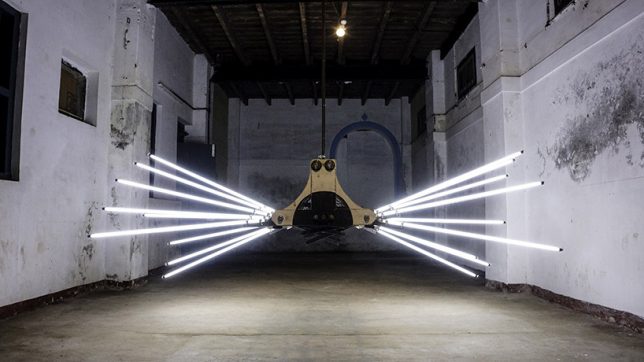 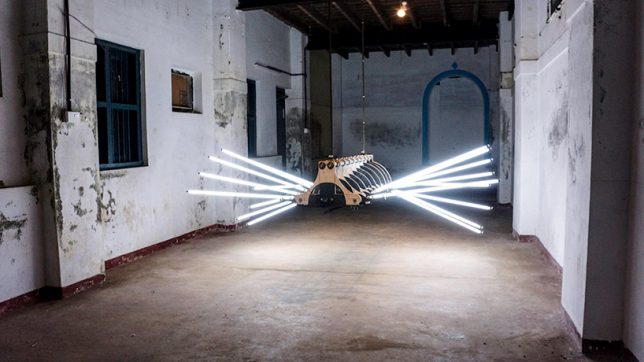 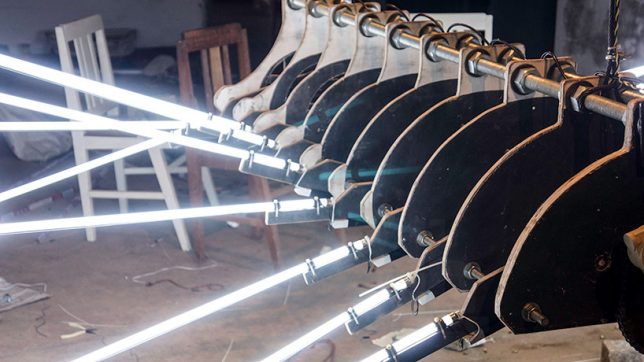 Looming in the air like some kind of monstrous mechanical spider, BIG DIPPER by Michael Candy is suspended within an old warehouse in India, just waiting to scare the pants off a passerby. It features 18 fluorescent tubes sticking out of a plywood and metal body.