Washed Up by Alejandro Duran 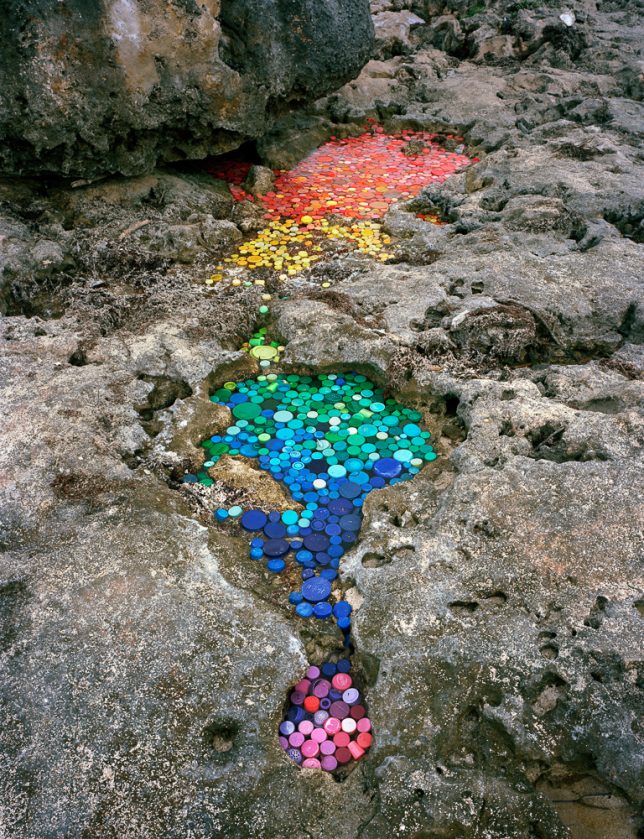 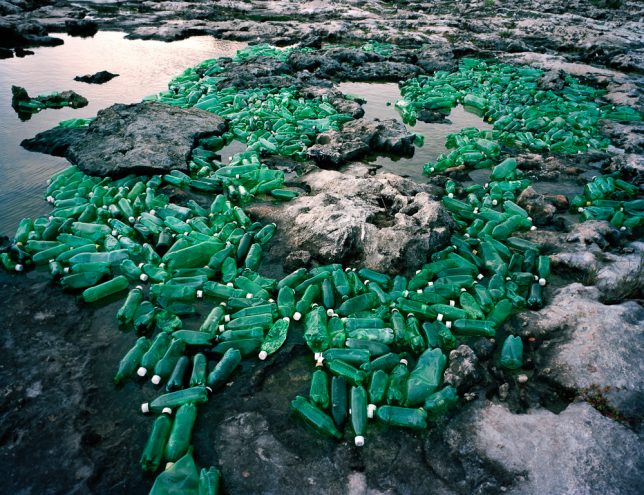 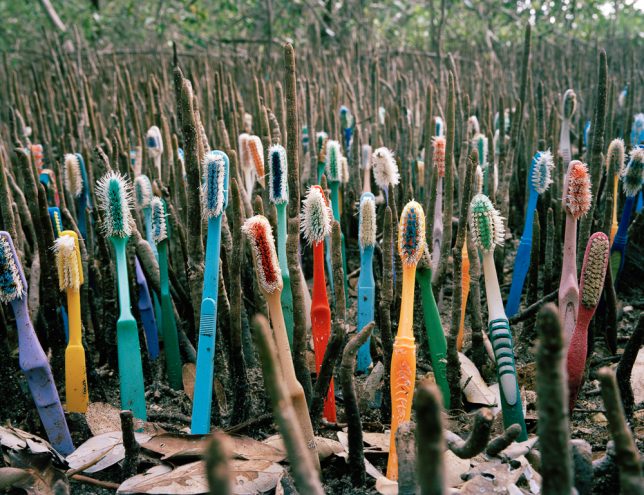 Trash collected from beaches around the world transforms into surprisingly beautiful works of art when arranged by color, size and shape and laid out on the coastline in Sian Ka’an, Mexico. “More than creating a surreal or fantastical landscape, these installations mirror the reality of our current environmental predicament,” says artist Alejandro Duran. “The resulting photo series depicts a new form of colonization by consumerism, where even undeveloped land is not safe from the far-reaching impact of our disposable culture.” 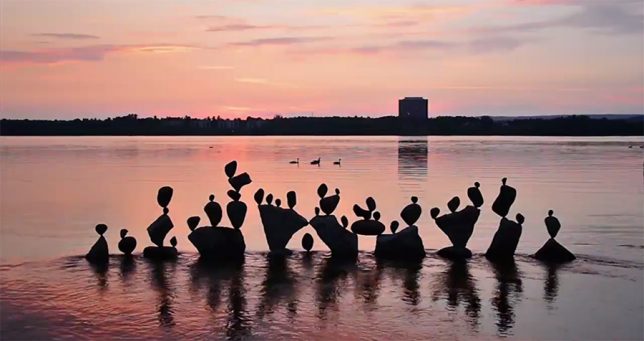 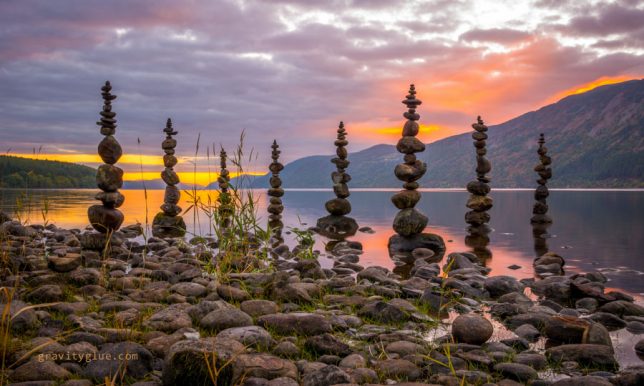 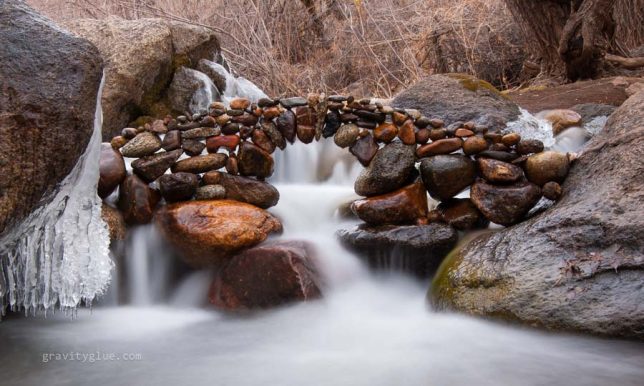 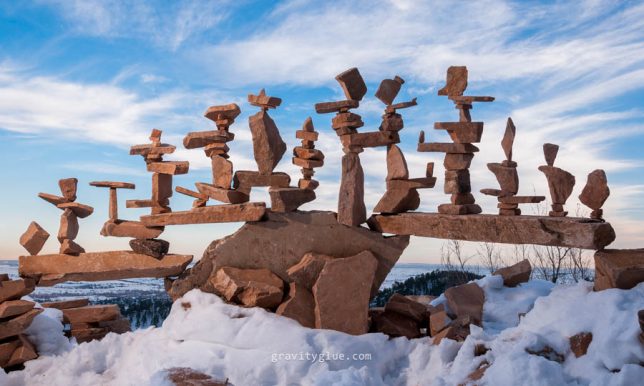 Nothing but rocks and gravity go into the complex arrangements created by Michael Grab. “Balance requires a minimum of three contact points,” he explains. “Luckily, every rock is covered in a variety of tiny to large indentations that can act as a natural tripod for the rock to stand upright, or in most orientations you can think of with other rocks. By paying close attention to the vibrations of the rocks you will start to feel even the smallest ‘clicks’ as the notches of the rocks are moving over one another. In the finest ‘point-balances,’ these clicks can be felt on a scale smaller than millimeters, and in rare cases can even go undetected, in which case intuition and experience become quite useful.” 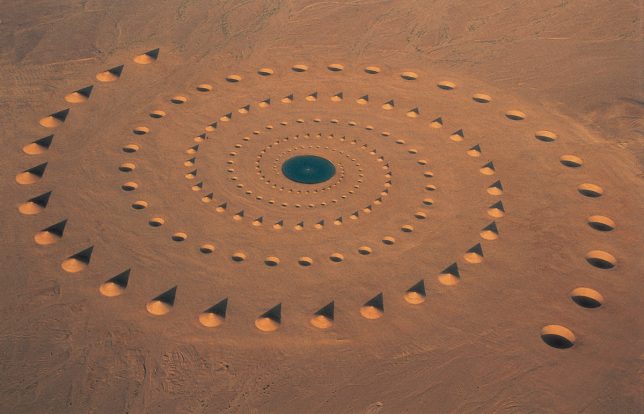 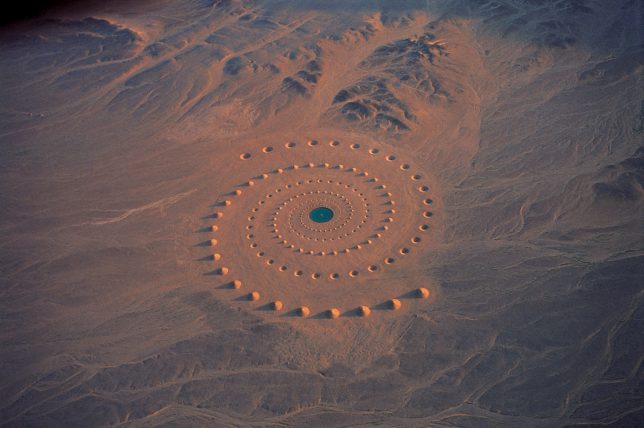 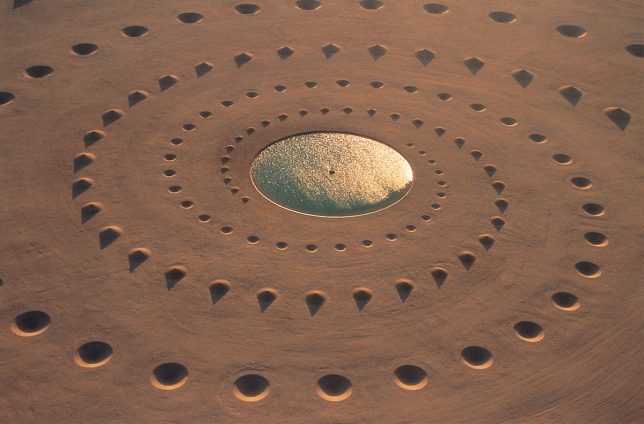 Dug into the Sahara desert in Egypt by the D.A.S.T. Arteam in 1997, ‘Desert Breath’ is a monumental land sculpture measuring about 1 million square feet that took two years to complete. In the center stands a pool of water, with mounds of sand and the holes they were dug from making up swirling lines around it. 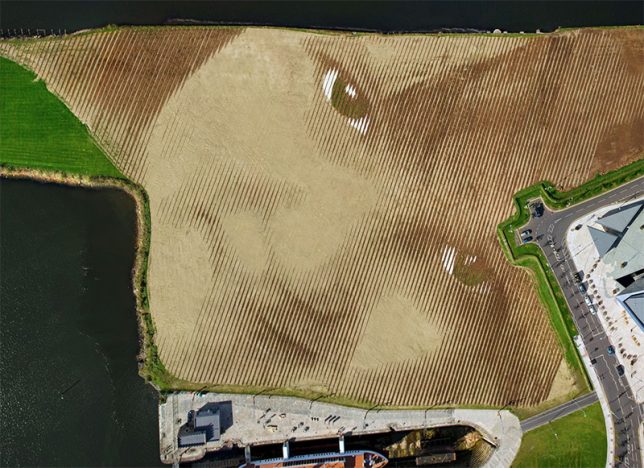 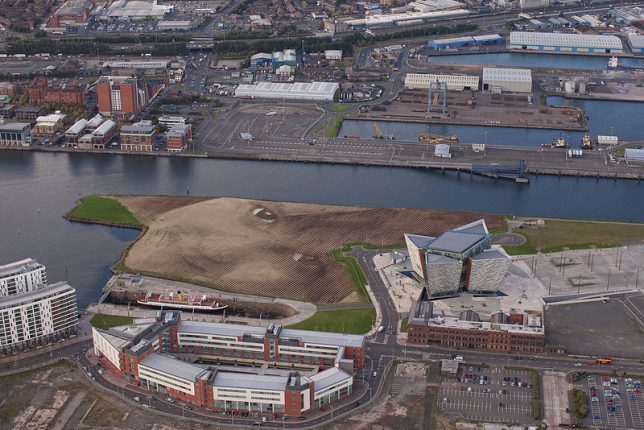 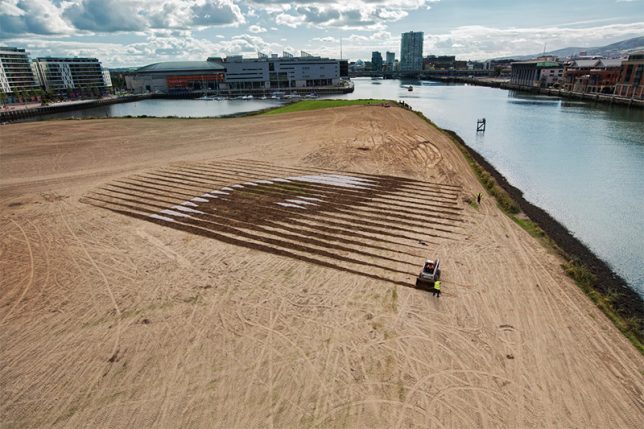 The portrait of an anonymous Belfast girl takes up 11 acres of land in Northern Ireland as part of the Belfast Festival. Cuban-American artist Jorge Rodriguez-Gerada plotted ‘WISH’ on a grid using GPS technology and then manually placed 30,000 wooden stakes down to sketch it out before volunteers filled it with soil, rocks, sand and other materials.