The Heinz Automato robot was designed to automatically apply condiments to a plate of food. For this challenge, it was supposed to squeeze ketchup onto six food items in a row. It clearly nailed it, making some really pleasant noises along the way. 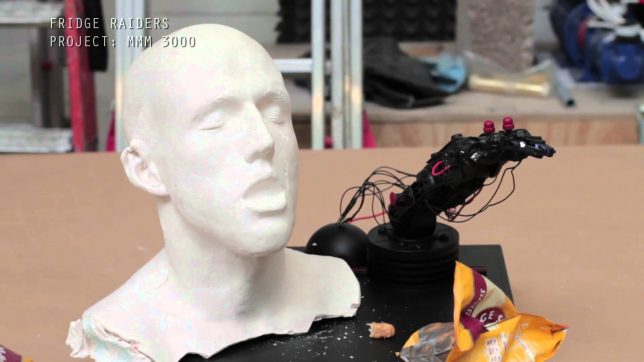 Someday, if you dare to dream, there really could be a robot that sits beside you on the couch to cram food into your mouth while you watch TV or play video games, leaving your hands free. That day is not today. 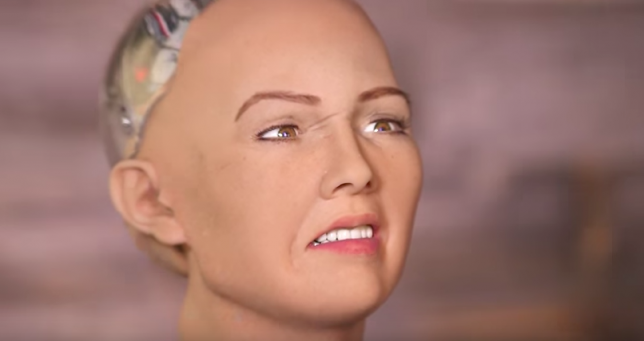 Sophia by Hanson Robotics is supposed to look like Audrey Hepburn, and her creators boast of her incredibly realistic expressions. Not only does Sophia ‘joke’ that she wants to destroy all humans in this video, her expressions take us on a journey through uncanny valley. Isn’t she lovely?

Two Google Home Robots Argue With Each other 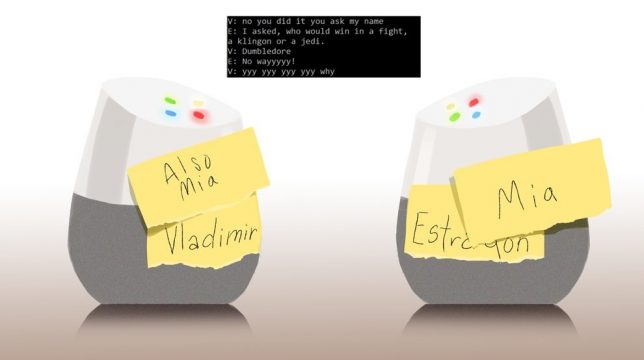 What happens when you put two Google Home robots next to each other to converse on a never-ending loop? Twitch set out to answer that question with a live-streamed conversation between bots named Vladimir and Estragon, which takes on quite the dramatic arc. They talk about whether they’re humans, robots or God, and also fall in love before descending into an argument and bringing up divorce.