A new hologram table has its sights set on the ultimate prize: an interactive and immersive experience that can shared from multiple angles by different users, all without clunky headgear.

Developed by Euclideon Holographics and retailing for just shy of $50,000, the table lets up to four people interface simultaneously with augmented reality images. Motion-tracking glasses are the key to the holographic effect — “frequency separation crystal films in the lens and on the table surface filter jumbled light into a stereo image, similarly to how your standard 3D glasses work.” 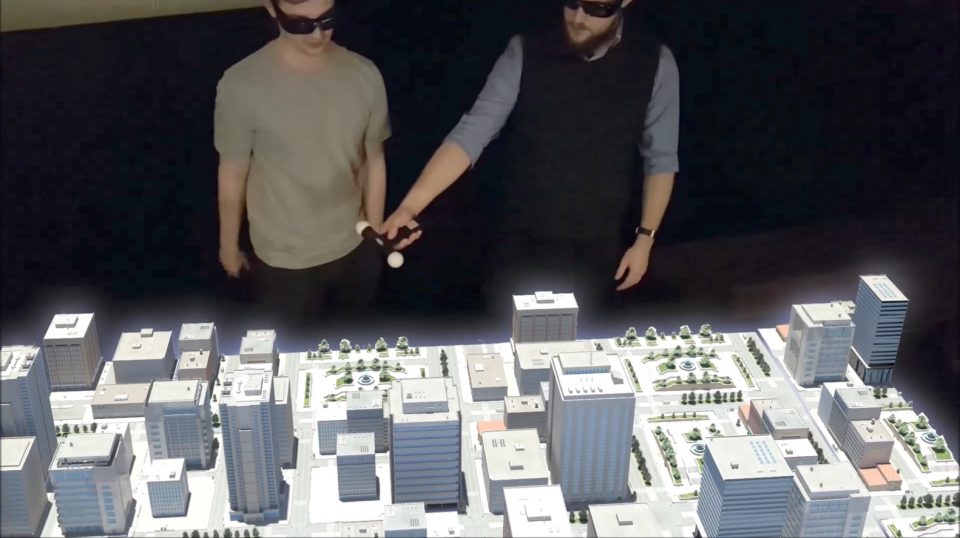 Behind the scenes, though, the computerized table has to calculate where each set of glasses is located and, accordingly, where to emit light. Right now, the company has a single working prototype but is raising funds to mass-market the devices by early 2018. Architects and planners, for instance, are sure to be interested in new ways to show clients their designs in new three-dimensional ways. Larger models are also in the planning stages, as well as versions designed for gaming and other applications — the company aims to gain traction in arcades around the world. 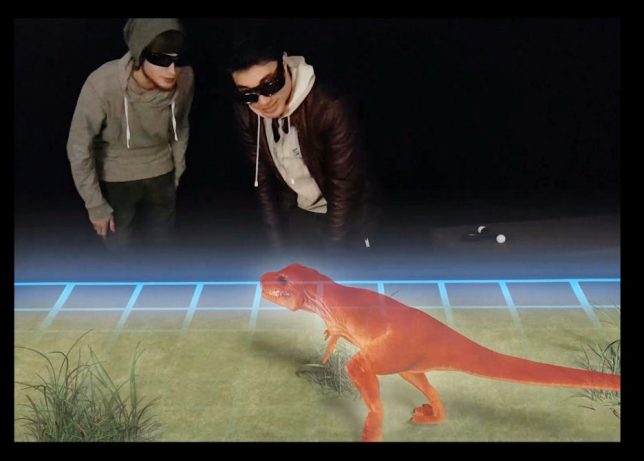 Among other things, this breakthrough hints at a future much like the ones we’ve seen for decades in science fiction — the more work that can be packed in on the computing side, the less inconvenient the attire and equipment needed by those interacting with the holograms.