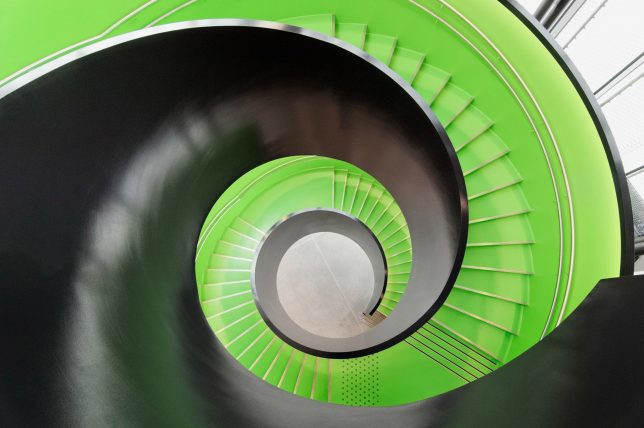 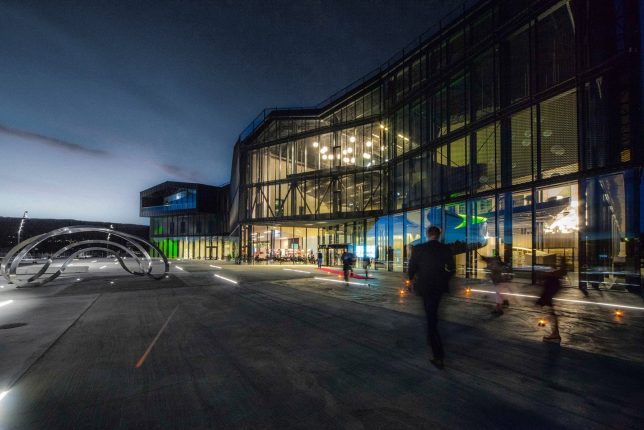 A dramatic swirl of lime green edged in black stands at the center of Reiulf Ramstad Arkitekter’s Cultural Center Stjørdal in Norway, visible even from afar through the building’s translucent facade. The vivid color and graphic nature of the staircase contrast with the warm wooden gathering spaces scattered throughout the building.

Sculptural Concrete in a Salzburg Apartment by Smartvoll 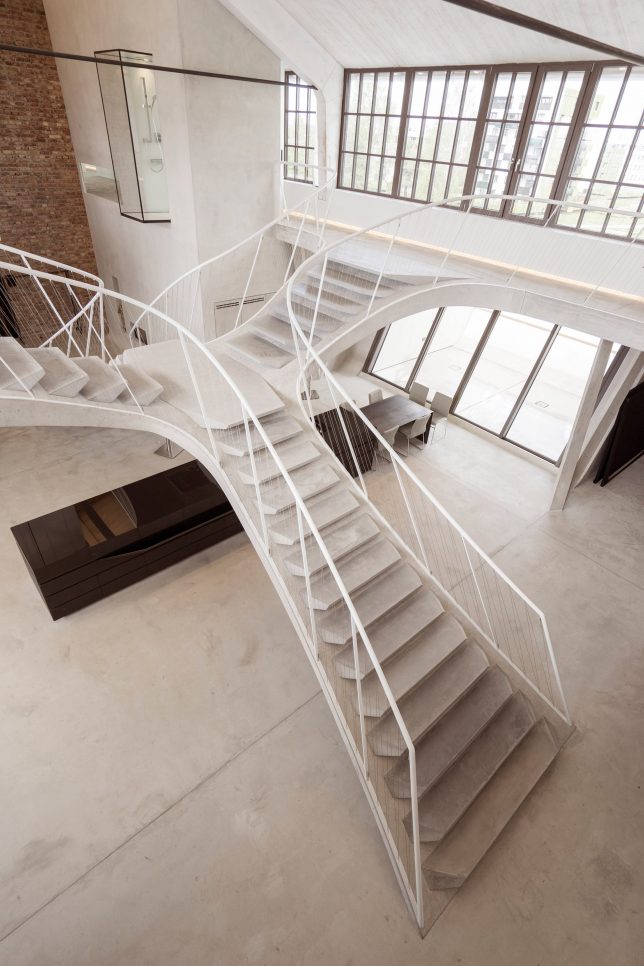 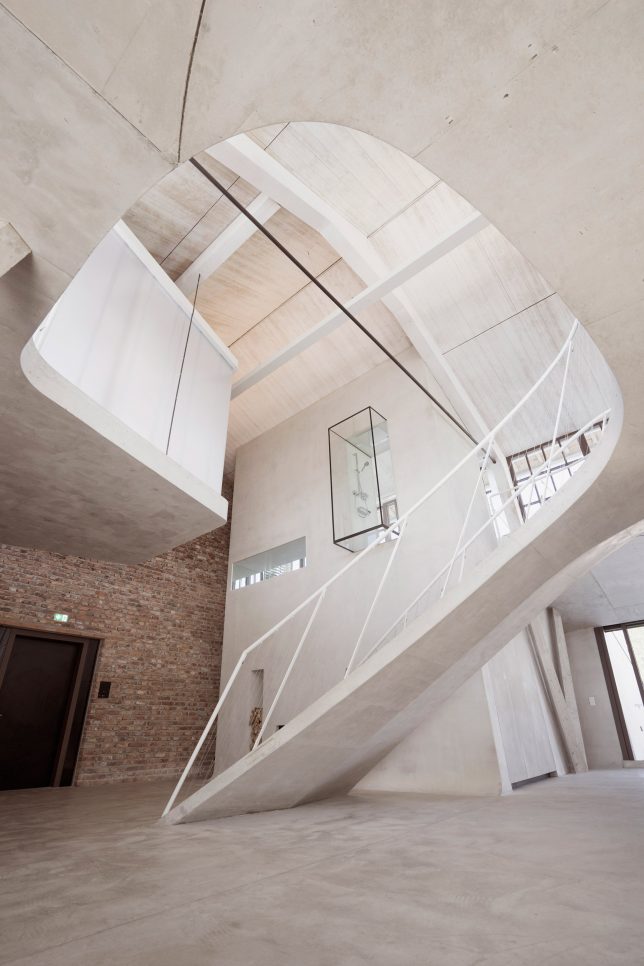 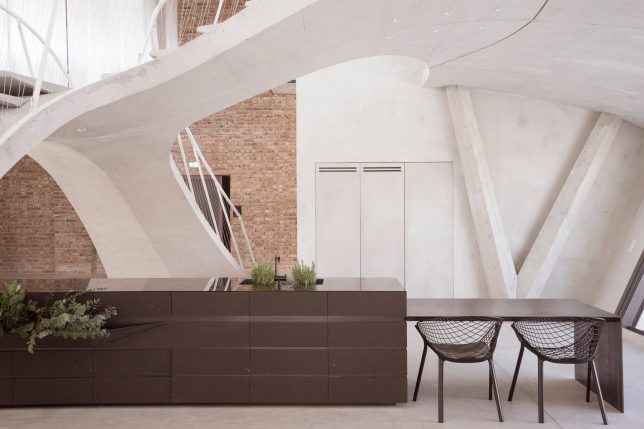 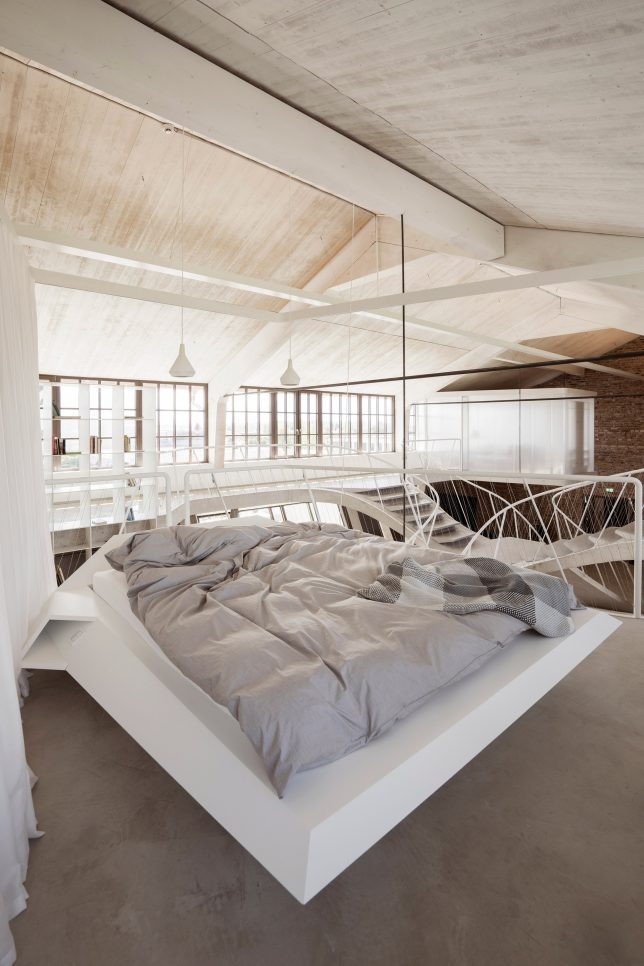 It’s not often that you see a beautifully designed staircase fit for a museum inside an apartment, but this is no ordinary apartment. Architecture firm Smartvoll renovated a loft apartment in an old Salzburg, Austria tank station, adding a sculptural gallery level that sweeps down to the floor from two directions with ribbon-like movement. Airy balustrades give it a feeling of lightness despite the use of so much concrete. 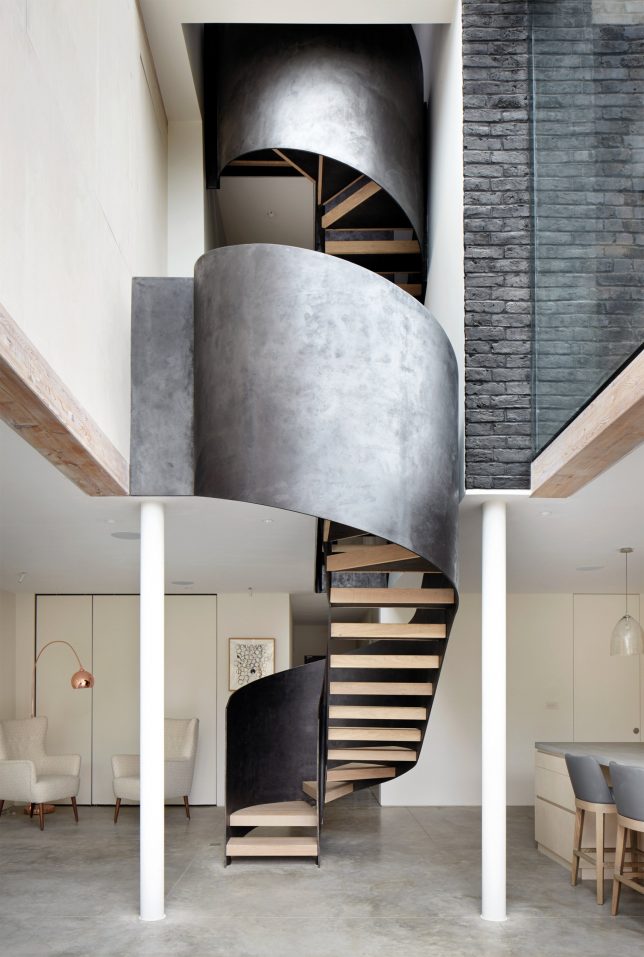 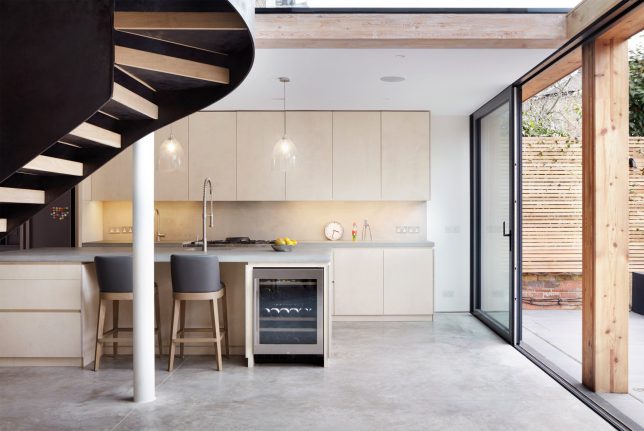 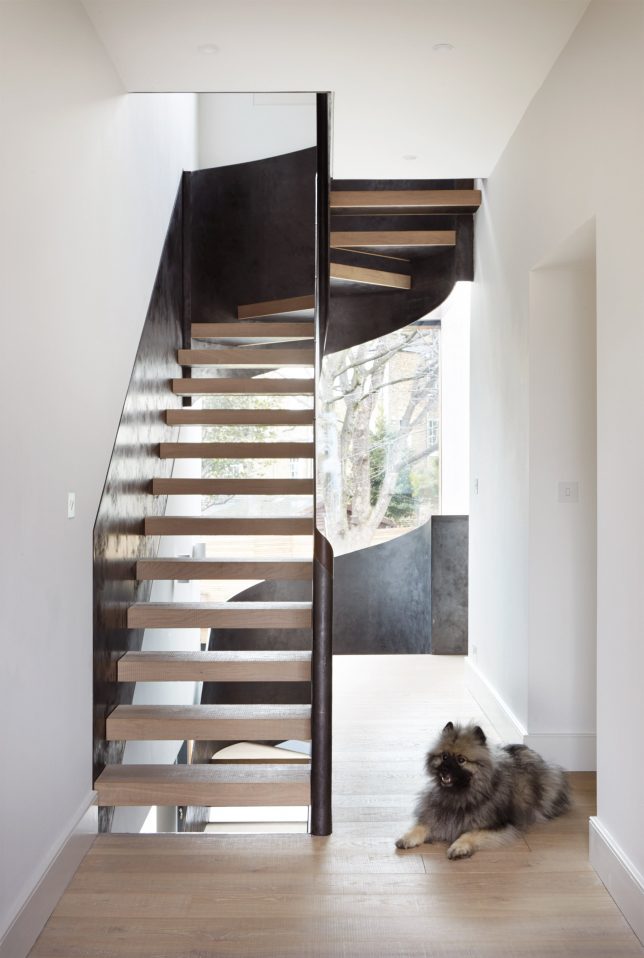 A ribbon of matte steel curls around the staircase at the center of this modern apartment extension in Hackney, London by Cousins & Cousins. “The staircase forms the new heart of the house, a meticulously detailed and sculptural point of a chess that defines the spaces it connects,” says the architects.

Minimalist Concrete Stairs at the House in Akitsu by Kazunori Fujimoto 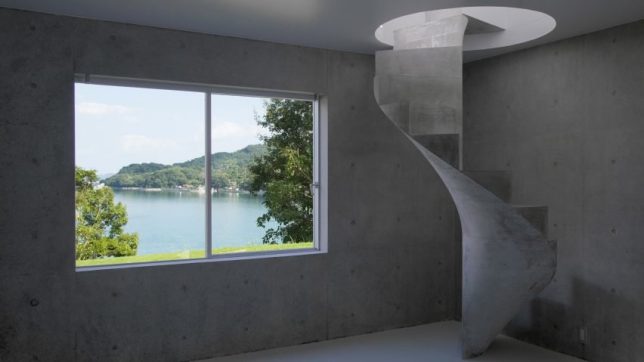 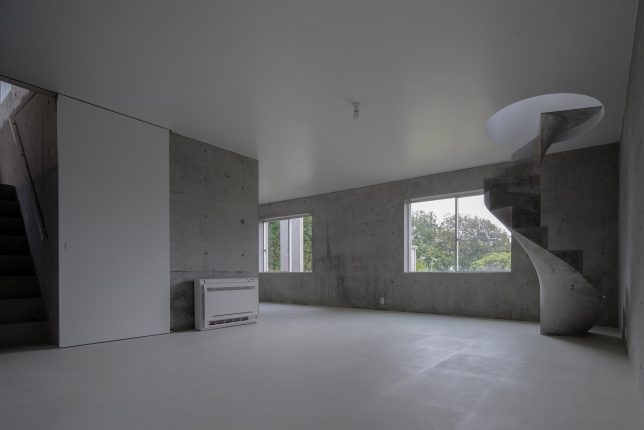 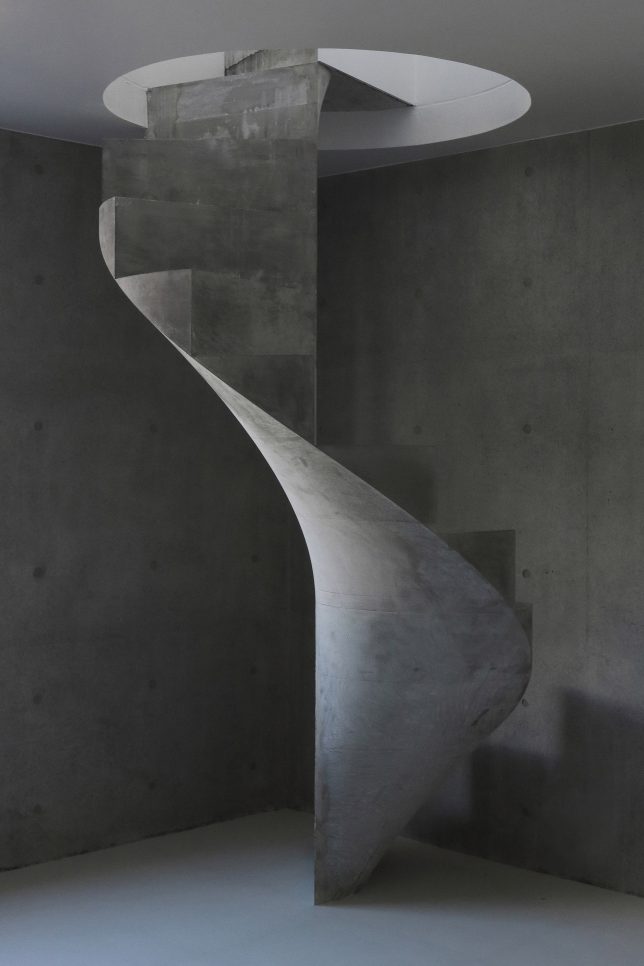 These free-floating stairs almost seem like a hallucination against the concrete wall of House in Akitsu by Kazunori Fujimoto, their surfaces seeming to blend together from certain angles. “The first floor is slightly buried and its ceiling was set lower rather than the living room in order to achieve a more private and cosy feeling,” says the architect. “Here resides a very special concrete spiral staircase. The thickness of the supporting slab becomes invisible to its outer and inner end and it was designed in order to avoid any necessity of a central pillar.” 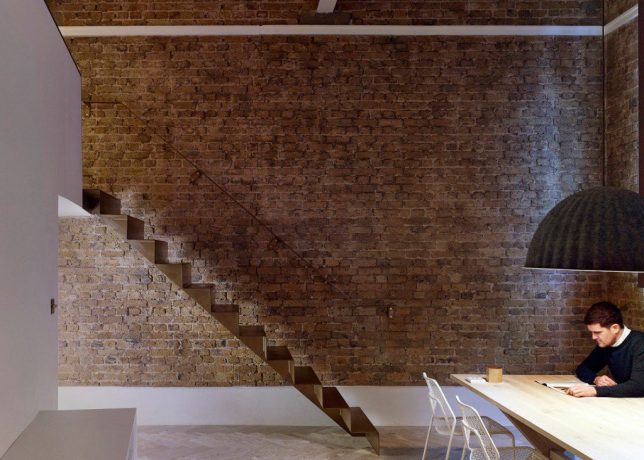 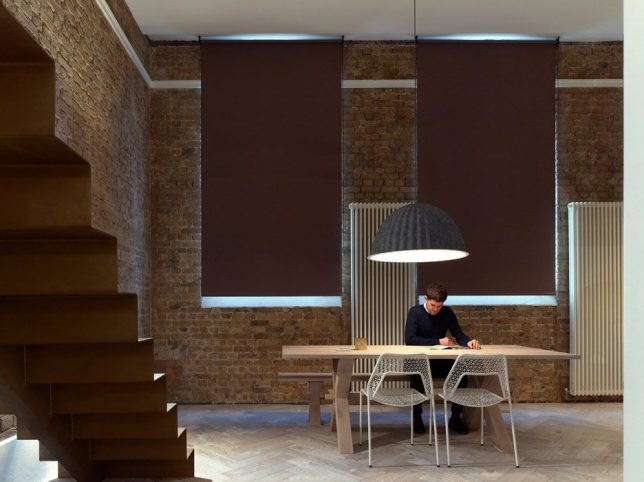 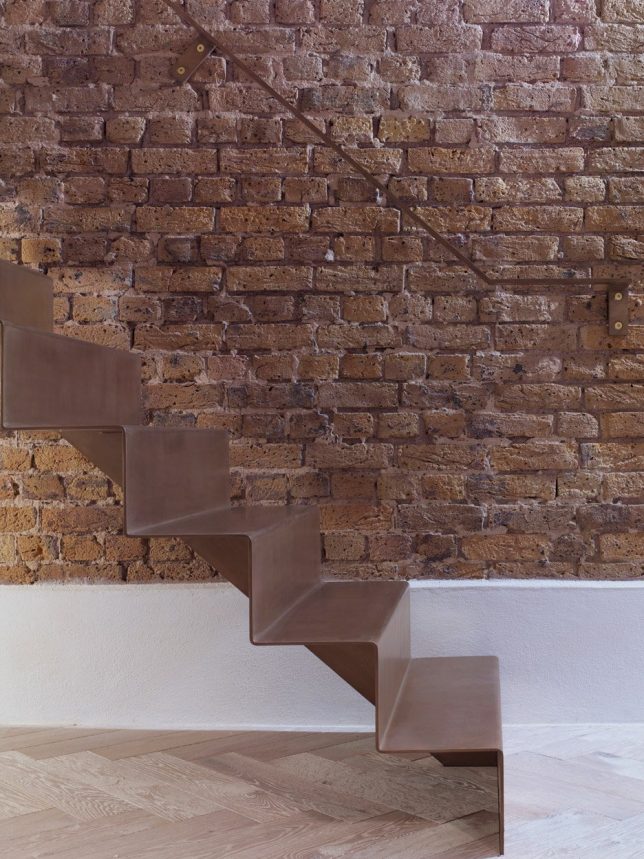 Nothing but a millimeters-thick slab of folded steel takes you from the upper story of this apartment in a converted Victorian school building to the lower level. Running along an original brick wall, the staircase was folded and welded before being finished with a coating of atomized brass. “The minimal slimline design of the stair increases the sense of space whilst adding a focal point to the living area” say architects Bell Phillips.