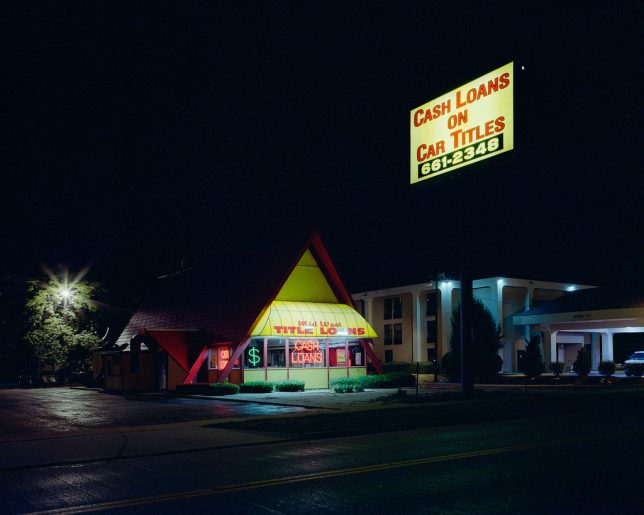 Here’s another Mid West Title Loans shop; a branch office we assume due to the similar font on the sign. Located in Bloomington, Illinois, the office looks like a re-purposed Howard Johnson’s though tasty fried clam strips left the building about the same time that Elvis did. Kudos to Flickr member Isaac Sachs for imbuing the well-lit but deserted shop with a disconcerting and ominous atmosphere. 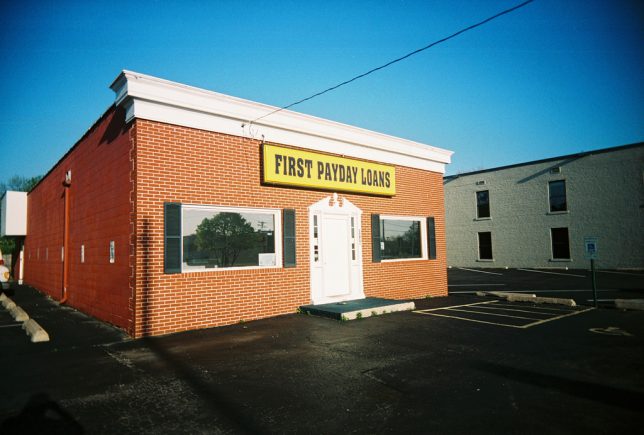 First in war, first in peace, first in payday loans… wait, what? Flickr member Jackie (Dabadoo) snapped this almost-too-nice-to-be-real First Payday Loans office in late May of 2007 – by the looks of it, in the very early morning after a storm passed through. The isolated building combines the warm homeliness of classic red brick with the faintly menacing aura of mirrored windows. One might think their first payday loan could be their last… 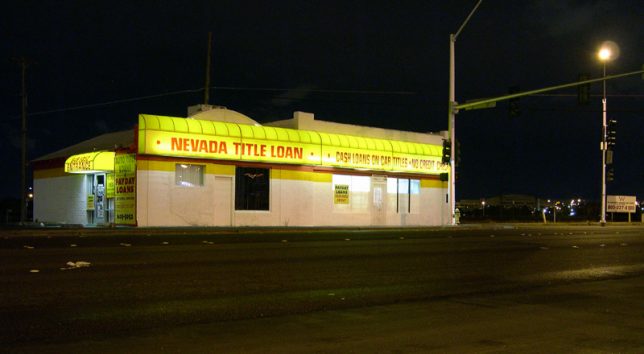 What’s gambled in Vegas, stays in Vegas, and what’s gambled away is your hard-earned money. “Good thing I’ve still got my car,” you’re thinking, as a little light bulb in your mind begins to glow. Good thing Nevada Title Loan has quite a few little light bulbs glowing away at its North Las Vegas shop ‘cuz all it takes to start a casino winning streak is a $2 chip and an inspired roll of the dice. Yeah, that’s the ticket! Flickr member Roadsidepictures captured the mellow yellow title loan shop on April 1st of 2006… no foolin’. 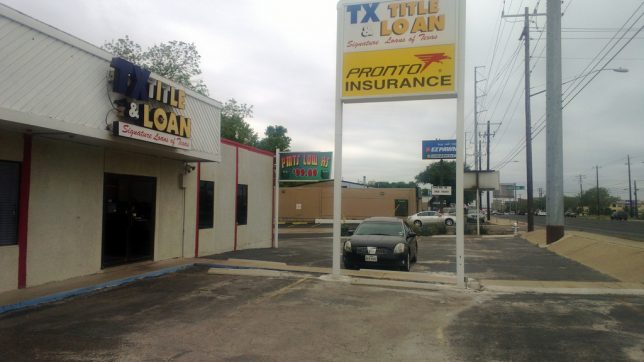 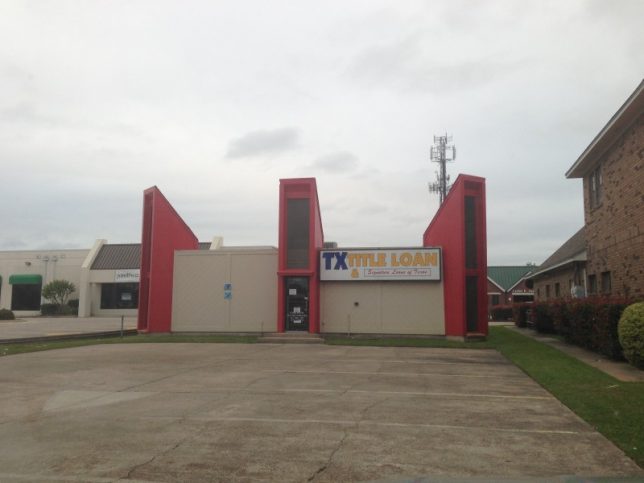 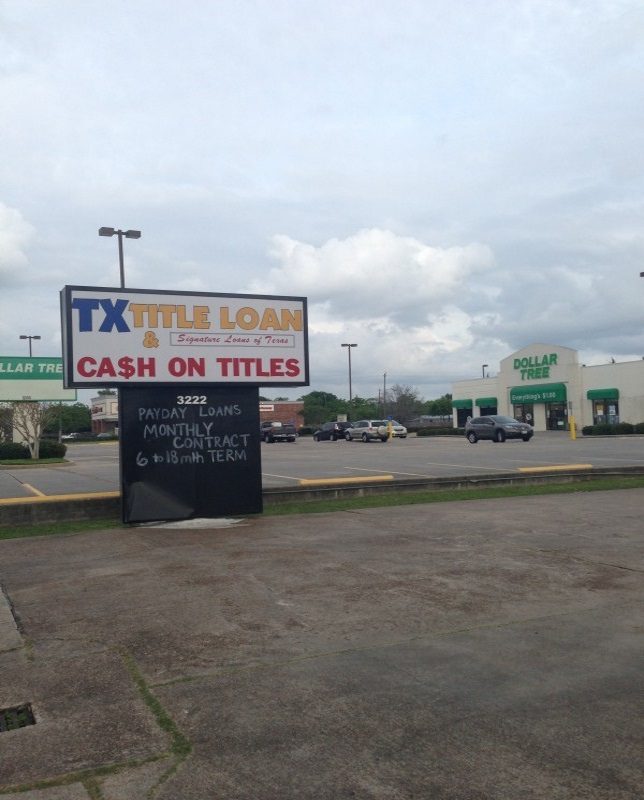 Flickr member Gilbert Gibson (titleloans_in_houston_texas) appears to have a personal and/or professional interest in TX Title Loans, not that there’s anything wrong with that. These photos, however, don’t exactly exude the warm and fuzzies… more like the impending doomies. Where the heck is everyone, for one thing – sure doesn’t look like early morning. You’d think they’d rent or borrow a couple of Caddys just for the photo shoot, at least.

The Fog of Ower 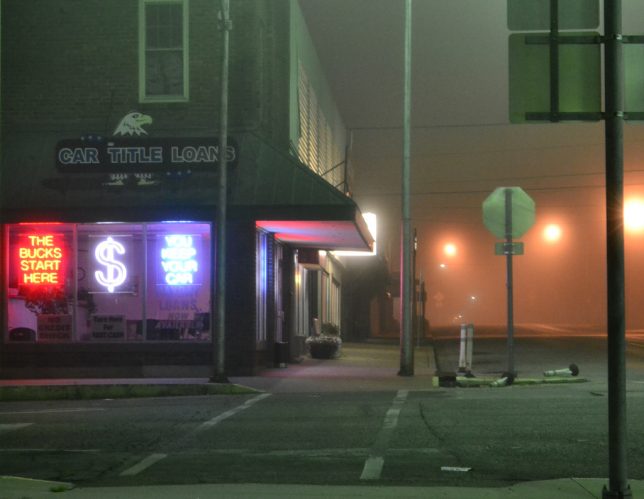 Nothing like a late night fog bank to turn a colorful Car Title Loans shop into something out of Jack the Ripper’s London. Gotta love that sign though: “The Bucks Start Here”. A tip o’ the derby to Flickr member Jo Naylor for invoking the palpable sense of clammy anxiety that too often characterizes dealings with title loan shops.