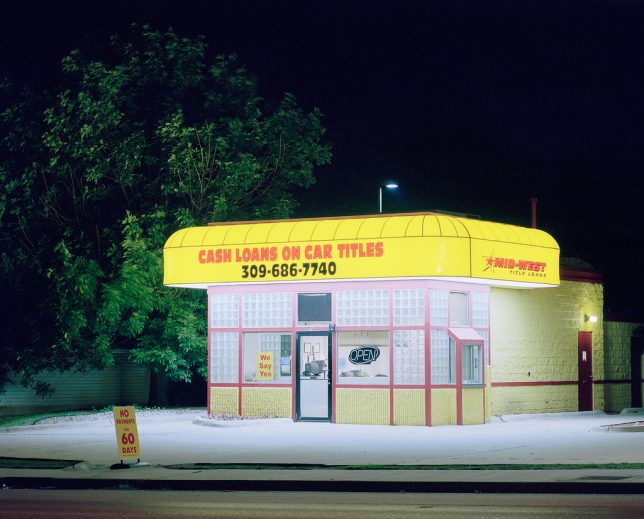 “This place always has their lights turned up to 11, even at 2am when it’s closed,” states Flickr member Isaac Sachs of this snow-dusted Mid-West Title Loans shop in Peoria, Illinois. We guess it’s reasonable to ask why they don’t just make 10 louder and make 10 be the top number and make that a little louder. But sometimes when you need that extra push over the cliff, you know what they do? Put it up to 11. 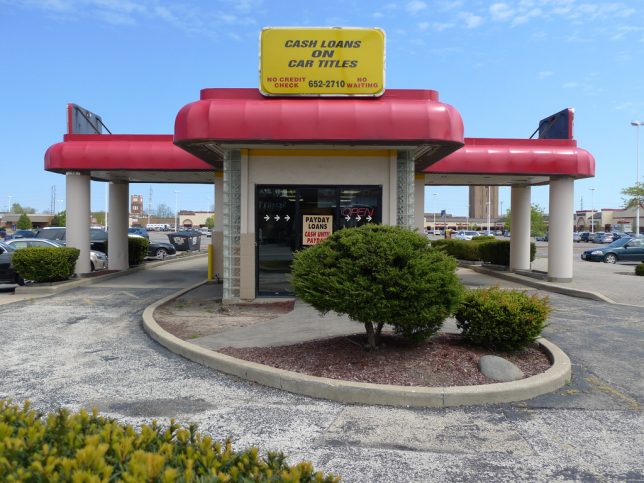 This Illinois Title Loans & Payday Loans store promises “No Waiting” but don’t be fooled by the drive-thru format – the building used to be a Checkers Drive-In restaurant. Flickr member curtis locke (find myself a city) snapped the snazzy but eerily unoccupied payday loan shop in Lawndale (West Side Chicago) Illinois on May 8th, 2017. 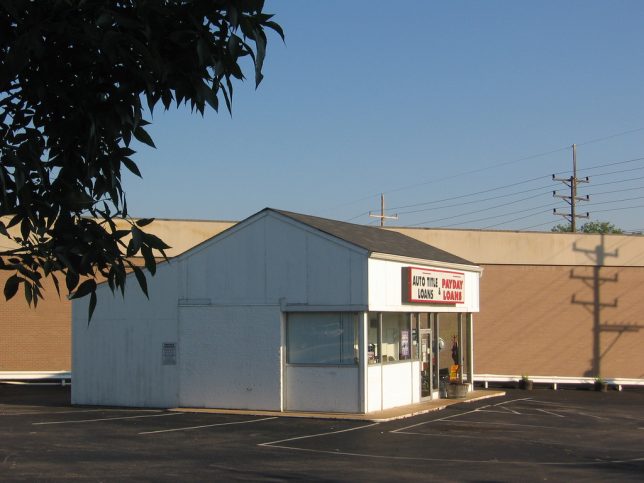 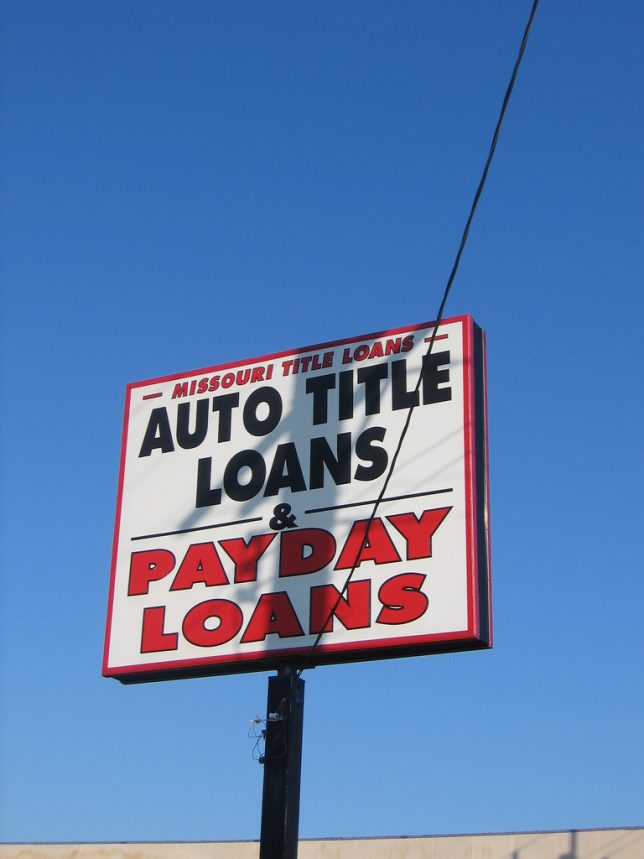 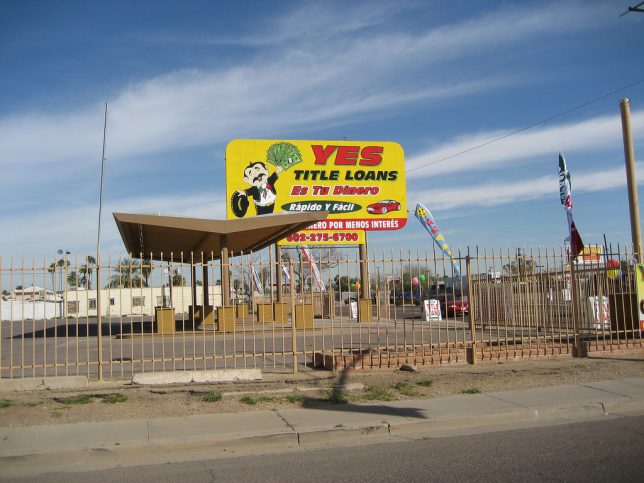 We’re not sure exactly where YES Title Loans’ office is; maybe it’s that converted trailer sitting way back beyond the abandoned gas station. Nice. The sign sure is cool, though, even if it seems to be targeting Hispanic Americans. Just imagine Cheech pulling up in the Love Machine and getting a car title loan so he can score some Labrador. What’s “Labrador”? Just ask Chong. 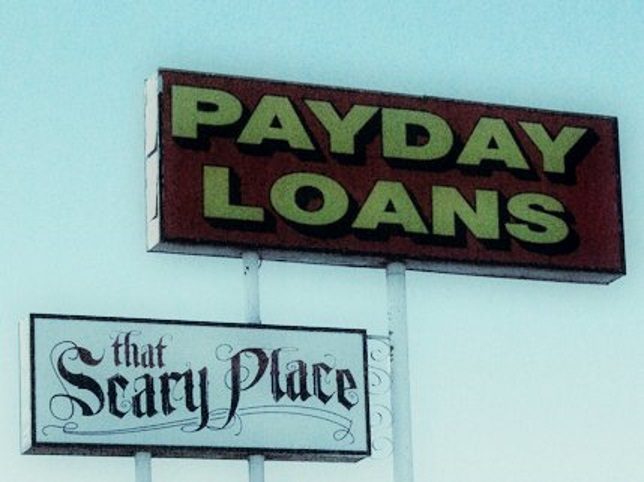 Sometimes a picture’s worth a thousand words… and this is one of those times. Flickr member Sebastian Salamander (sebastian6) came across this amusing conjunction of signs in late September of 2009 while cruising along Colfax Avenue in Denver, Colorado. Lookin’ for a loan? Have a nice fright!