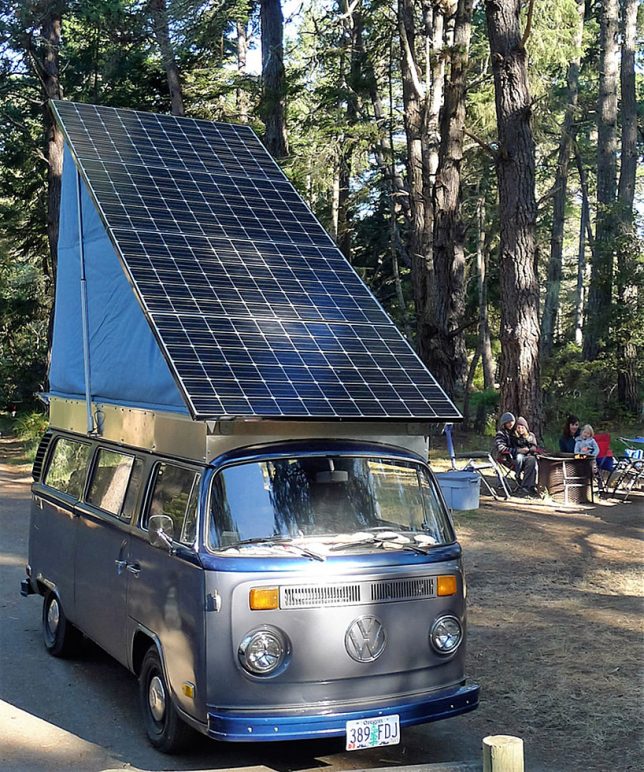 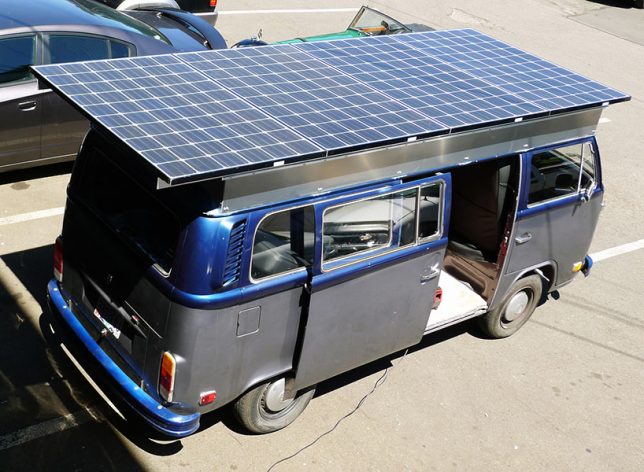 Solar vehicle builder Brett Belen adapted the iconic Volkswagen Bus to fit a massive photovoltaic array as well as a sleeping loft via a tilting mechanism on the roof. Actuators shift the array to a max 40-degree angle, and it can be adjusted to any angle in between for optimal output. It takes about a full day to charge the battery bank, which only produces a range of about 15-20 miles of city driving, but you can also juice it up via a connection to the grid. 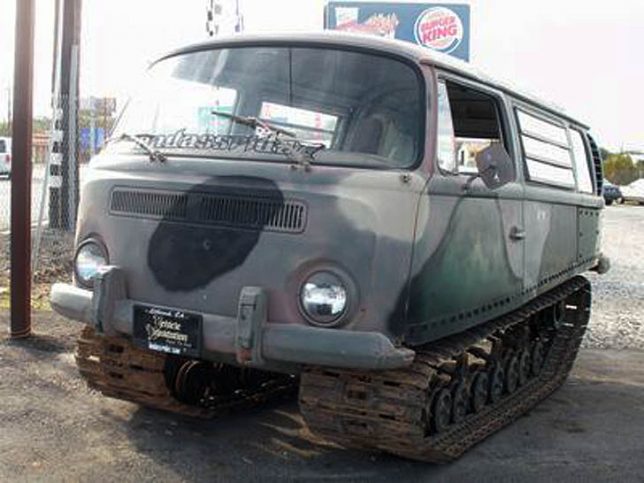 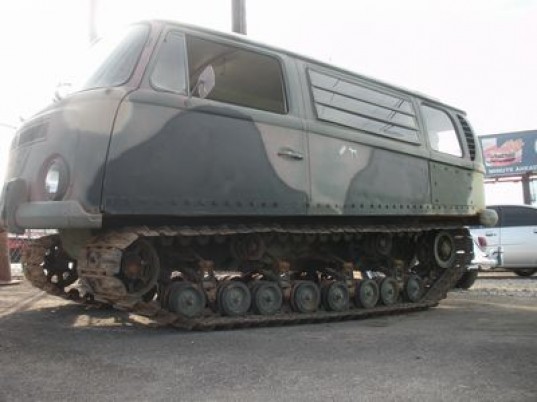 Two out-of-service vehicles, including a 70s VW bus and a 1945 M29 Weasel, have come together to produce a beast of a different kind: a super-bus that can traverse the most rugged of terrain, including 36-inch ditches. 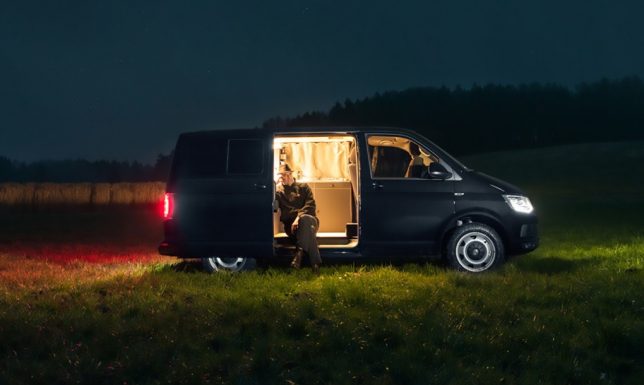 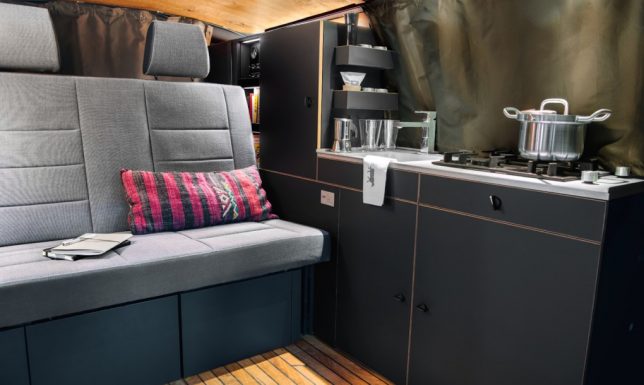 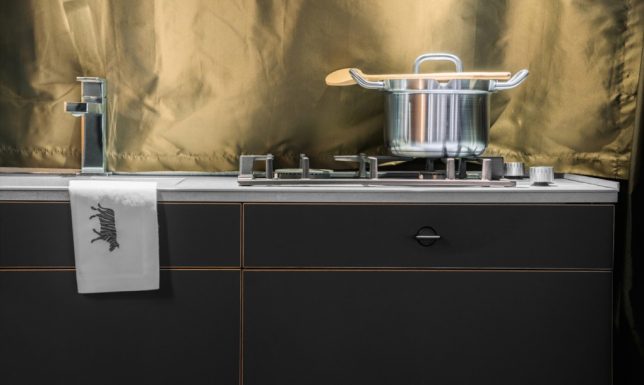 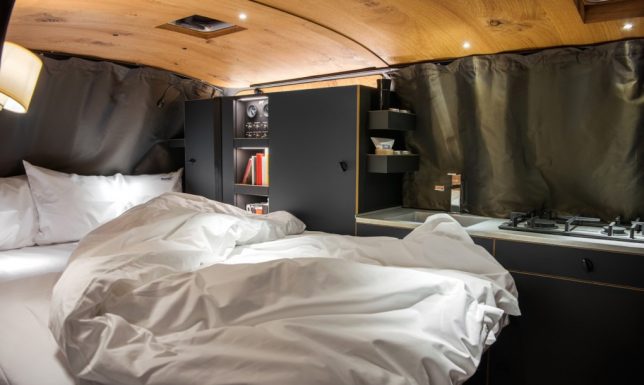 This camper conversion was made with a Volkswagen T6 rather than a classic Minibus, but it’s still worth a mention for its sleek, upscale style. German designer Nils Holger Moormann painted the exterior a drab matte black, but inside is a well-appointed and comfortable minimalist mobile home full of beautiful modern details. 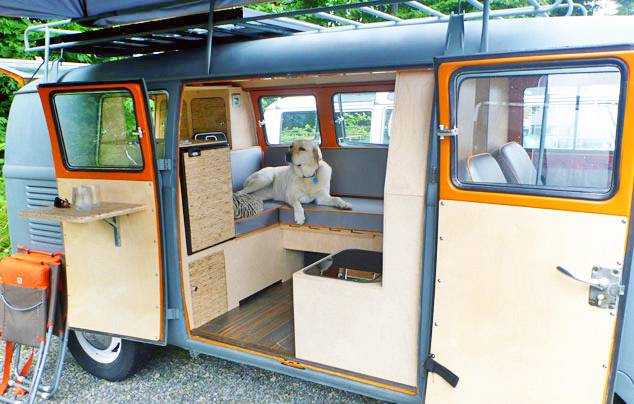 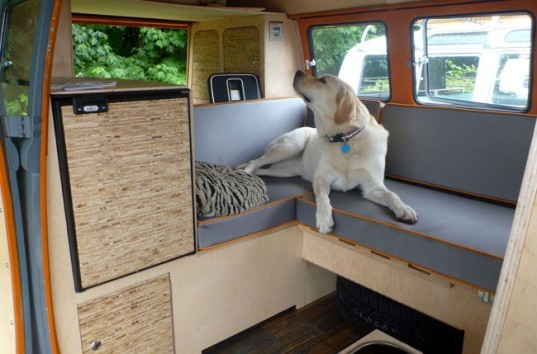 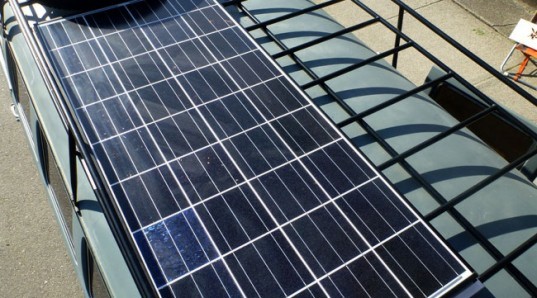 A 1967 Volkswagen bus serves as the base of a like-new camper for a couple calling themselves The Dangerz, who retrofitted it themselves to take them all over the Pan-American highway with their dog. It’s outfitted with solar panels, a roof rack, a kitchenette, a bed and a range of recycled and environmentally friendly materials. It’s cute, but ultimately a bit small for two people – the couple has moved up to a renovated SprinterVan.