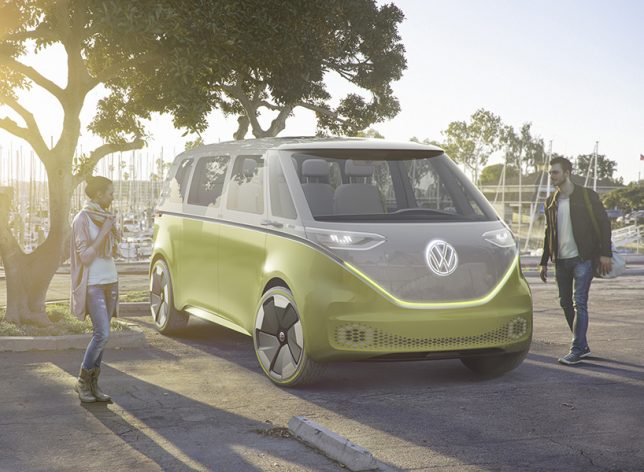 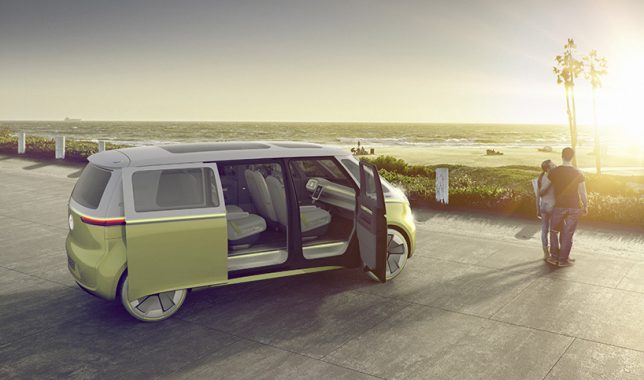 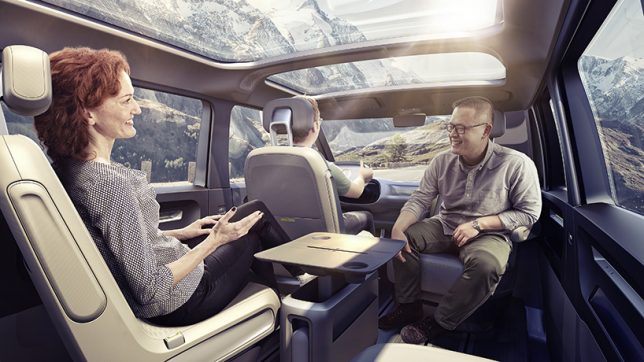 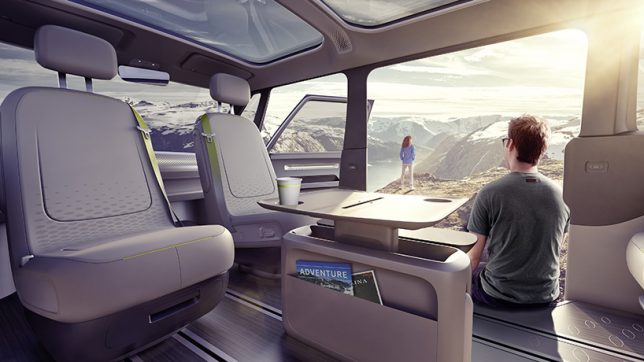 While nothing beats the original in the hearts and minds of dedicated Volkswagen enthusiasts, the company has plans to bring the Minibus firmly into the 21st century as the ‘I.D. BUZZ,’ an electric camper van set to arrive in 2022. Originally conceived as a concept not meant for production, the I.D. BUZZ has a familiar snub-nosed silhouette and proportions, but features high-tech additions like laser scanners, ultrasonic and radar sensors, cameras, and a long electric driving range. In the future. the company plans to adapt it to be self-driving.

Restored 21-Window Microbus with a Sunroof 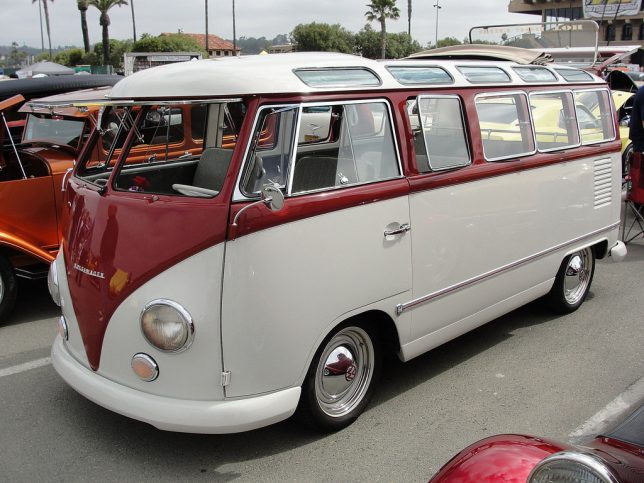 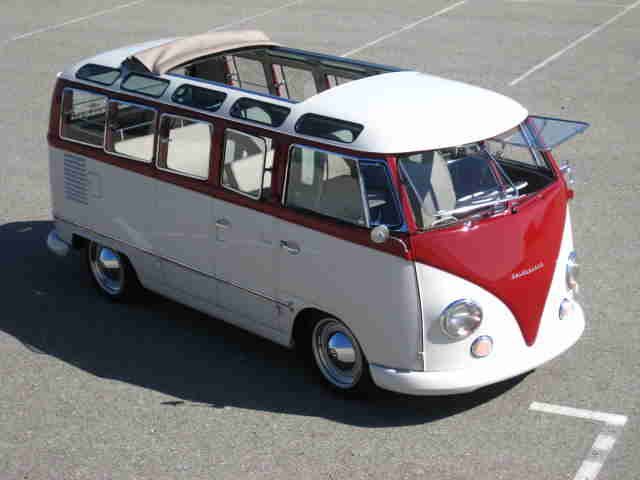 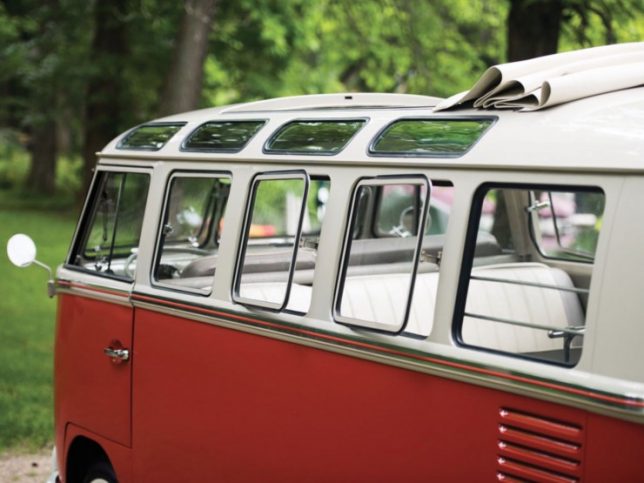 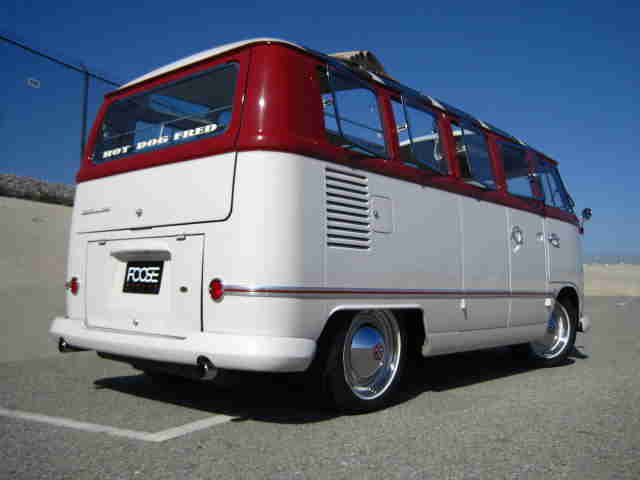 ‘Hot Dog Fred,’ a well-known local figure around the So Cal VW scene, had his ’65 21-window Microbus stolen and mistreated, getting it back in very poor shape. Custom car builder Chip Foose decided to help him out for an episode of the television show ‘Overhaulin,’ bringing the bus back to life and adding lots of little custom details that VW purists might not appreciate, but that add some personality for the enjoyment its owner. 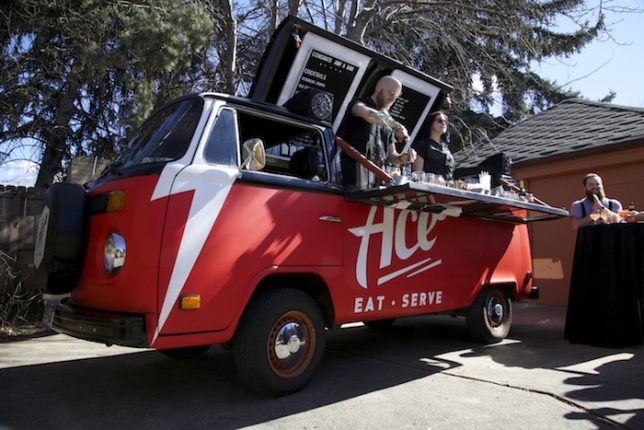 Popular Denver restaurant and ping pong hall Ace expanded with an adorable bar bus called ‘Penny’ made from a 1978 Volkswagen passenger van that was painted in cow print when they bought it. Now, it’s a full-service bar with rom for two bartenders, serving beer, wine and craft cocktails all over the city. 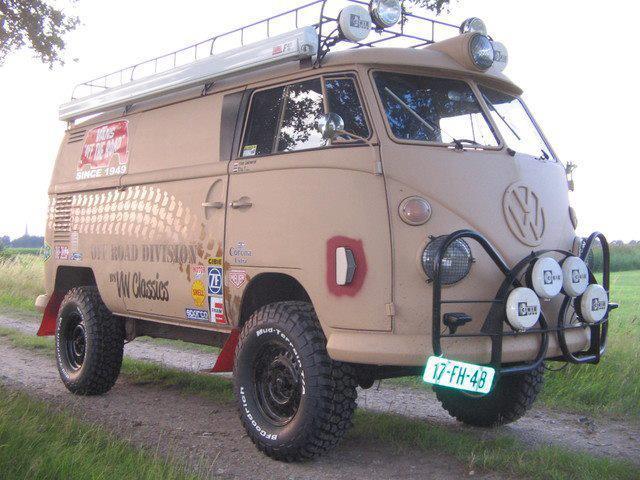 You know those heavy-duty Sportsmobile van conversions that take a cargo van and jack it up, adding pop-up tops, cargo racks and other military-worthy features? It may seem ridiculous to use a VW bus as the basis for such a conversion, but that certainly doesn’t mean it can’t be done.