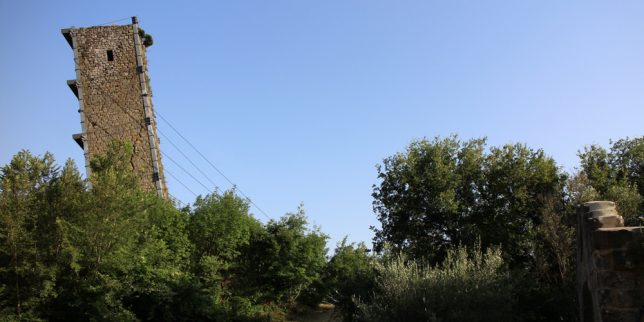 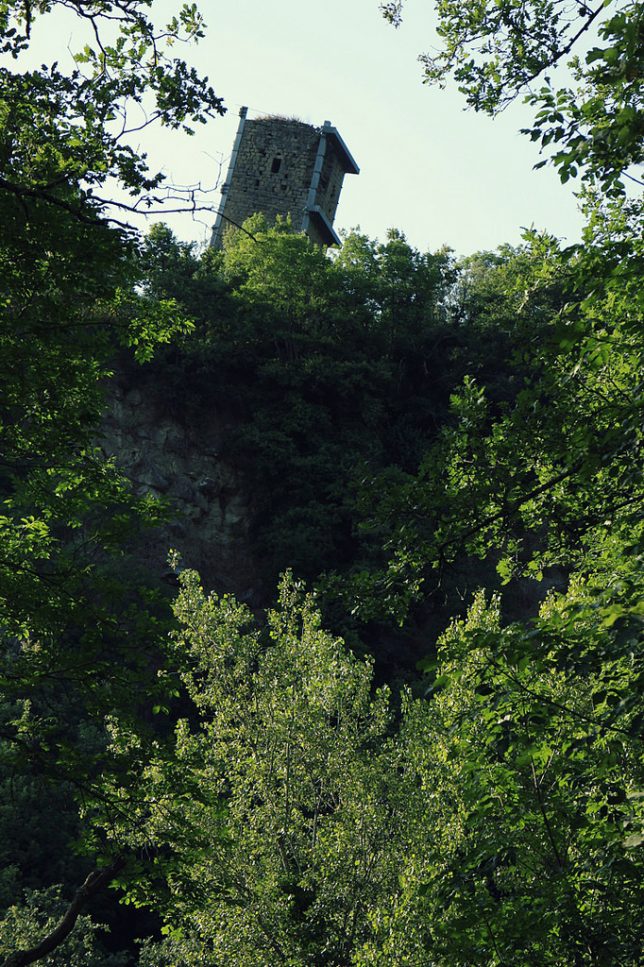 The Vernazzano Leaning Tower near Lake Trasimene, Italy, is the remnant of an ancient castle constructed before the year 1089. Standing 66 feet (20 meters) tall, the tower has been abandoned for about 300 years. It leans as a result of earthquakes in the region and a weakening of its foundation due to water intrusion and erosion. 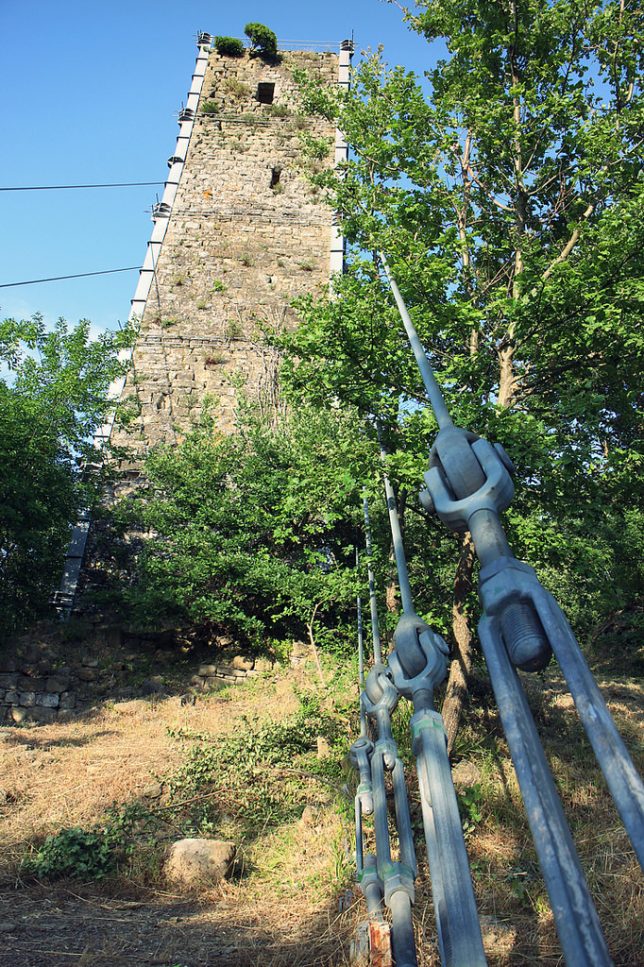 Although the tower is well off the beaten path, area authorities recognize its appeal to tourists and have arranged for its support by installing steel plating and thick cables – ugly perhaps, but not as much as a collapsed thousand-year-old tower. Flickr member Ernesto Franco snapped the not-quite-snapped tower in June of 2014. 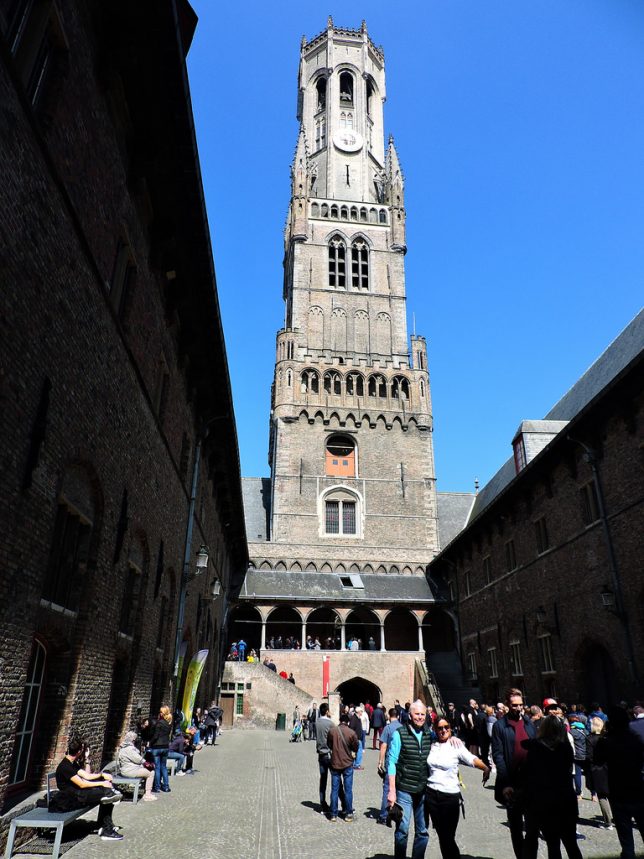 Standing 273 feet tall, the Belfry of Bruges in Bruges, Belgium can trace its history back to 1240. Like many tall buildings of the era, the belltower was often struck by lightning – often to devastating effect: severe damage to the tower was incurred in 1280, 1493 and 1741. Seemingly having learned their lesson, the building was left spire-less after the 1741 strike and is now topped with a Gothic parapet dating from 1822. Oh, and the tower also leans about 35 inches (87 cm) to the east. Ta da! Flickr member Dimitris Kamaras visited the Belfry of Bruges in May of 2017. Not a bat in sight. 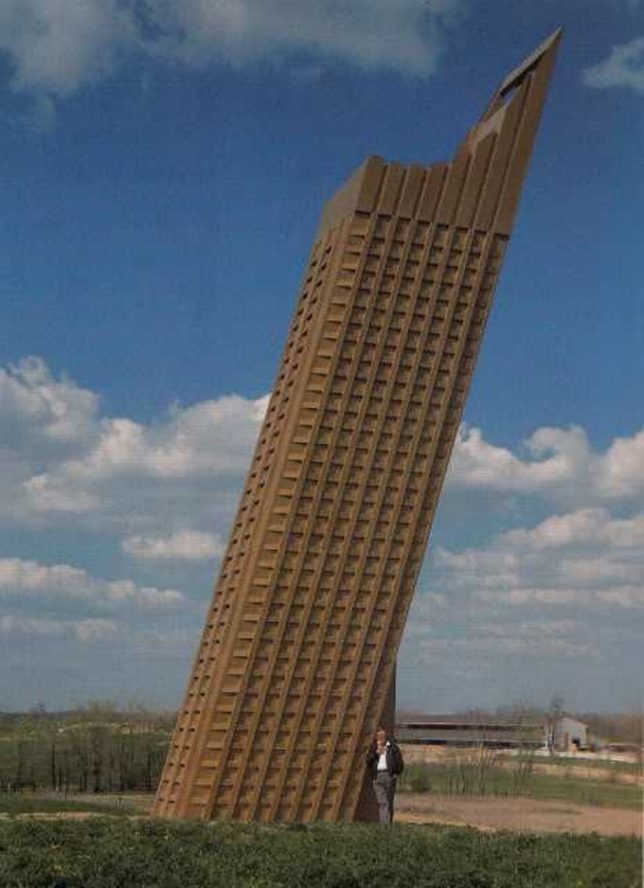 OK, so Domino’s Pizza founder Tom Monaghan didn’t really build a 30-story tilted skyscraper in Ann Arbor, Michigan but he really, really wanted to. And, you just know anybody and everybody would have called it the “Leaning Tower of Pizza”. 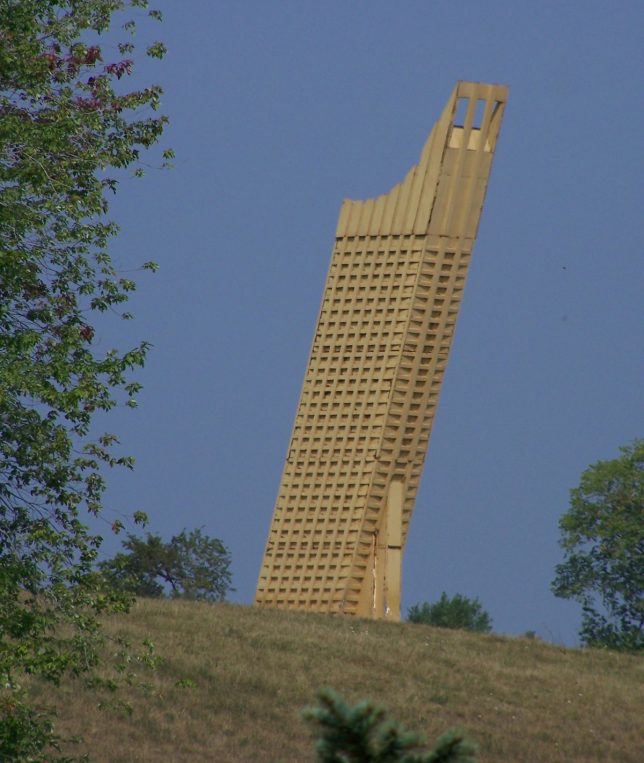 Sadly, Monaghan and the architects charged with erecting (well, semi-erecting) the tower had a falling out and things didn’t progress further than a 50-ft tall scale model built in the mid-80s. It’s still there, located on the west side of Domino Farms in Ann Arbor, Michigan. No anchovies, please.