In ancient times, after their domestication by the Egyptians, cats may have saved many humans from starvation and disease, which might help explain why we still worship them to this day. Or maybe it’s because they’re the perfect combination of haughty, mischievous, playful, mysterious and affectionate. Or maybe it’s because they’re actually controlling us through parasites transmitted by their poop. Whatever the explanation, people tend to love cats, and when we’re not busy feeding, petting, entertaining and otherwise serving them, our reverence often takes the form of art and design. 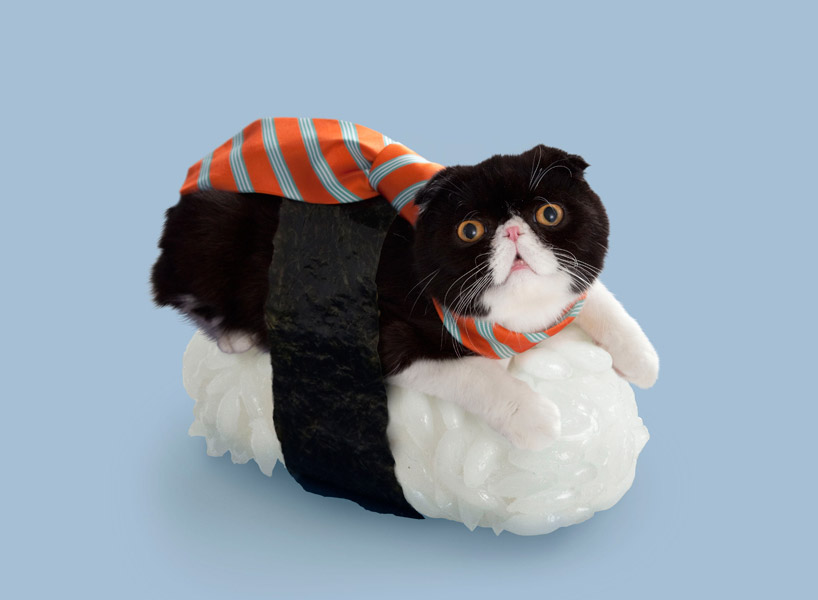 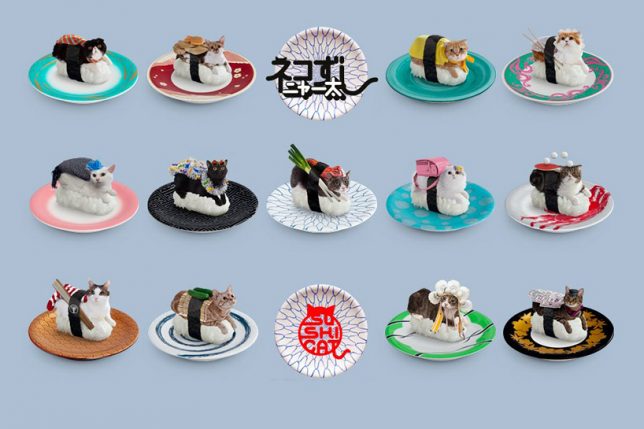 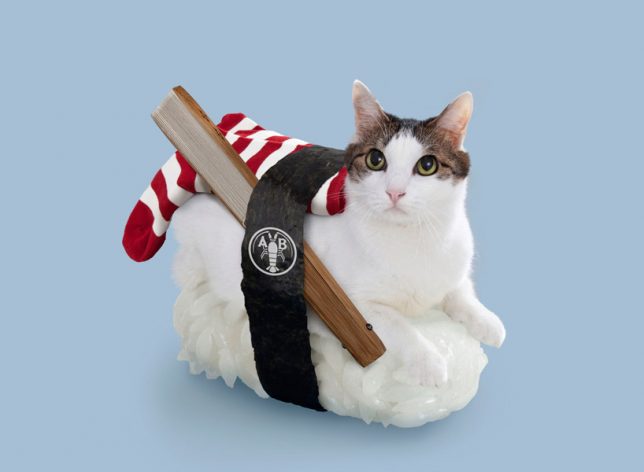 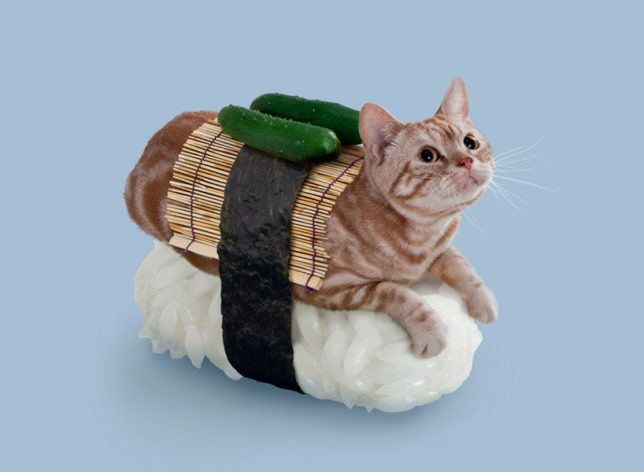 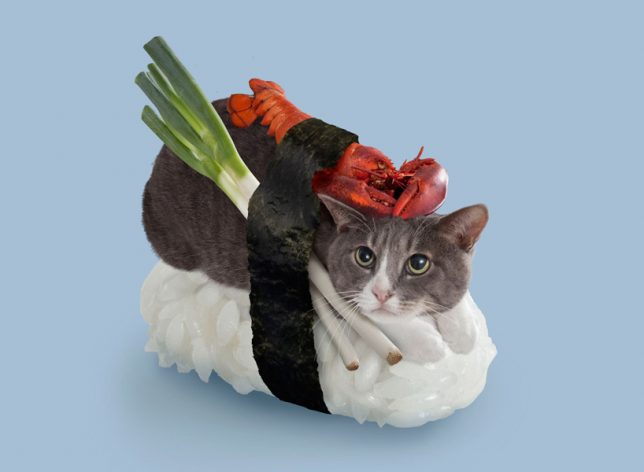 Two of Japan’s favorite things come together as one in ‘Neko-Sushi,’ a series by the company Range & Nakimushi Peanuts placing a variety of cats atop rolls of sticky rice and wrapped in seaweed. Each one has its own particular ‘flavor,’ with funny improvised props meant to represent raw fish and sushi fixings. This photo series is available for sale as a series of postcards and posters.

Feline Faces Swapped With Their Owners 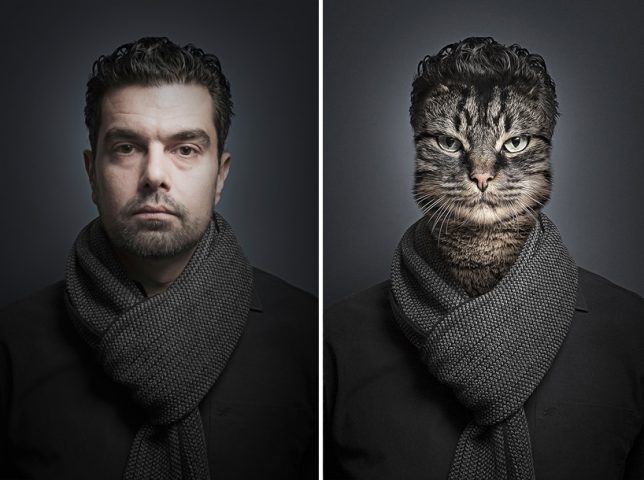 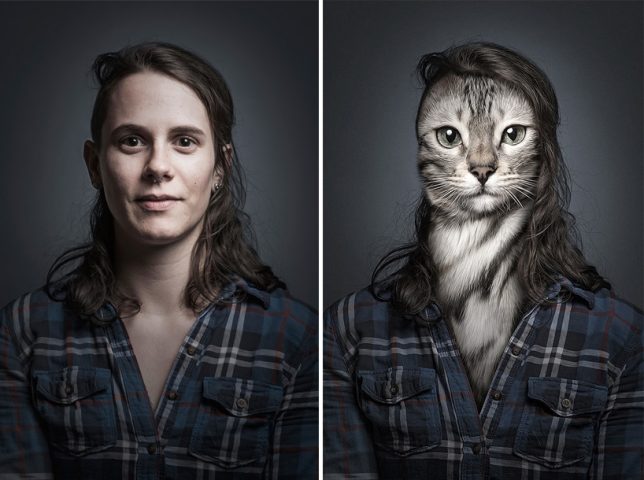 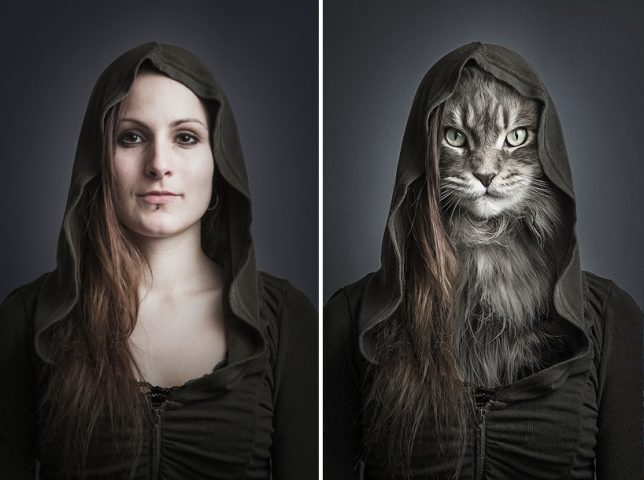 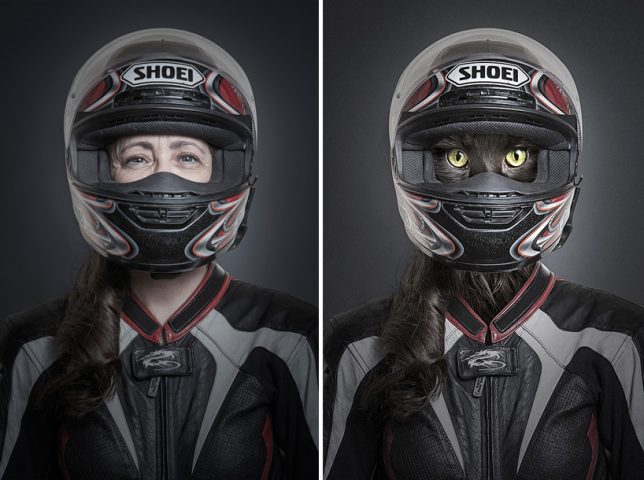 Swiss photographer Sebastian Magnani swaps the faces of humans with those of their cat friends in the series ‘Undercats,’ producing a series of funny images in which the cats are unusually well-coiffed and accessorized. 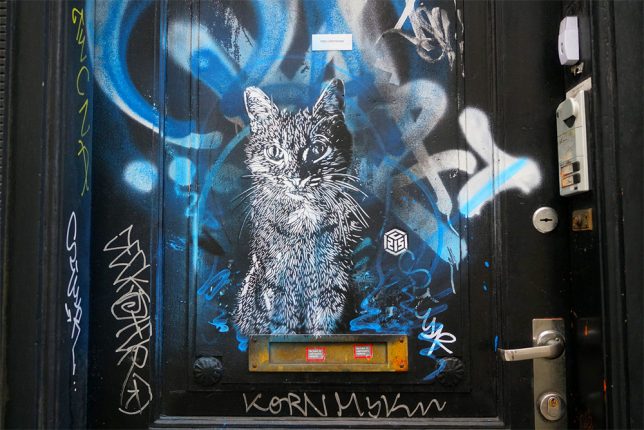 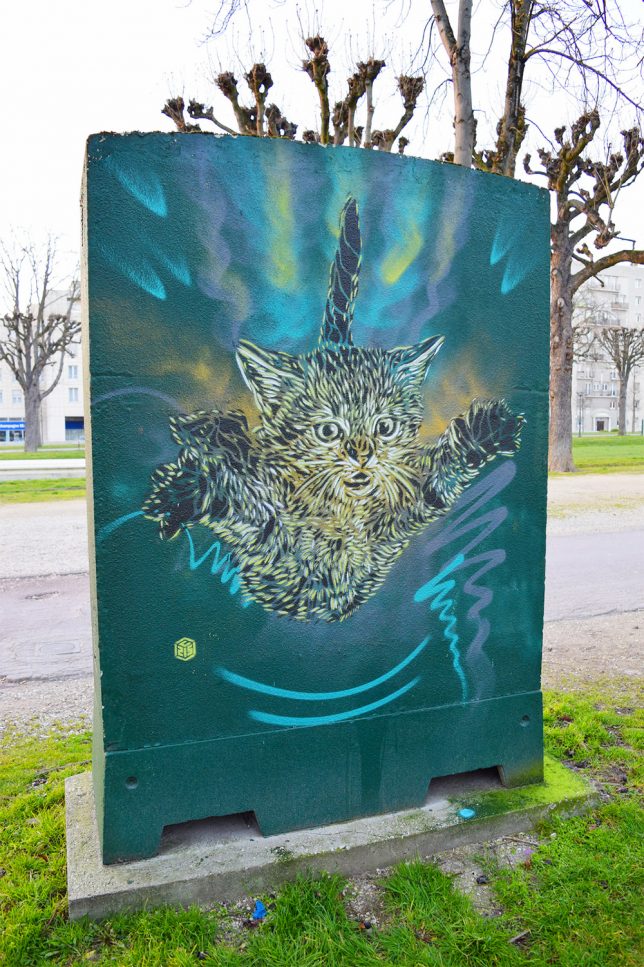 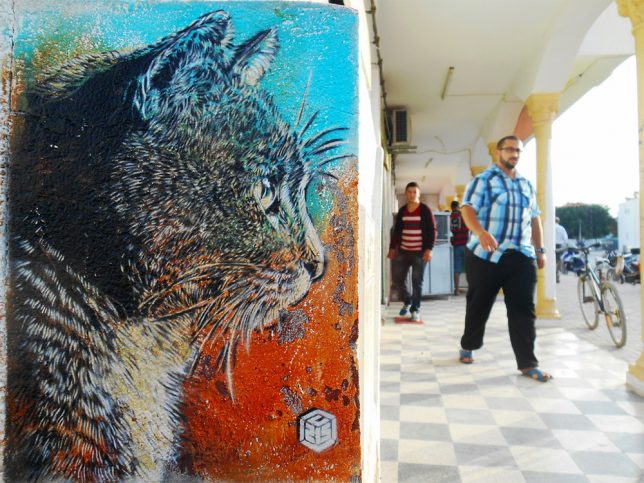 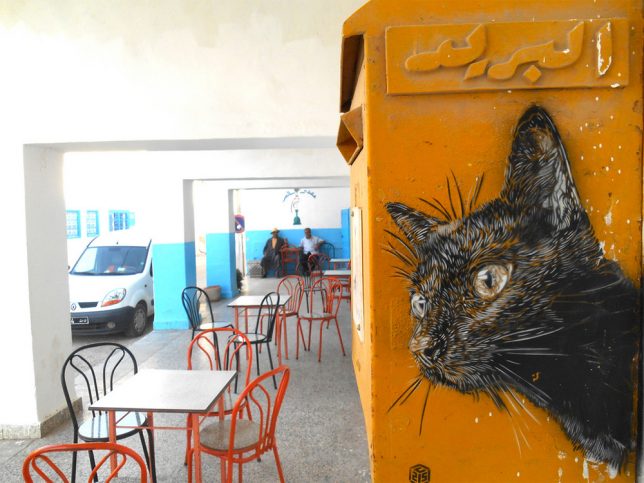 Felines are a popular subject for Parisian street artist C215, who’s known for painting them on virtually any kind of urban surface, from walls to trash cans. Though he uses stencils, and often repeats the same designs, each one manages to feel like its own distinct personality thanks to the textures and colors of the surfaces. 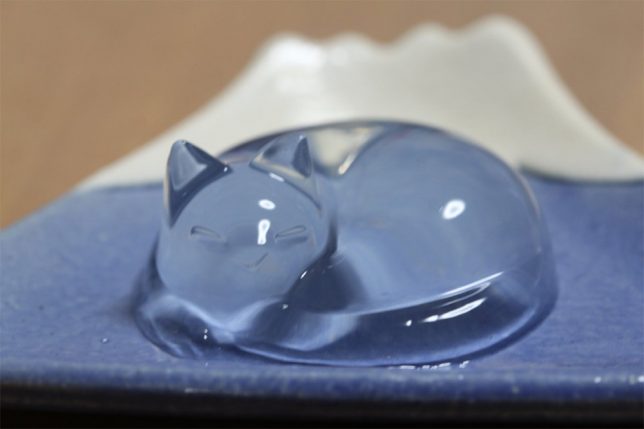 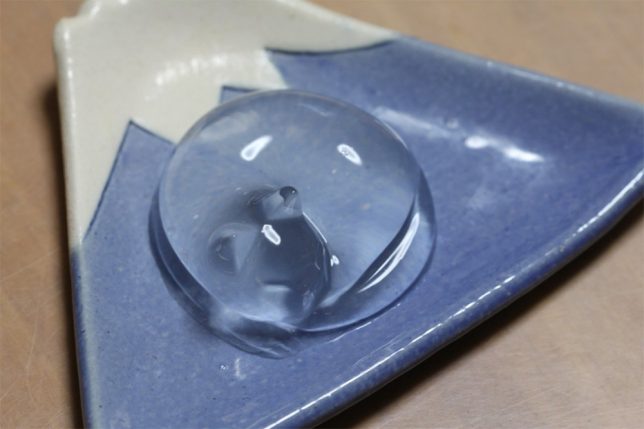 The Kinseiken Seika Company in Hokoto, Japan – which pioneered the transparent ‘miss Shingen mochi’ dessert made of mineral water and agar – delighted the internet with a cat version of its renowned delicacy. It’s an extraordinarily delicate dish, melting away in about 30 minutes. 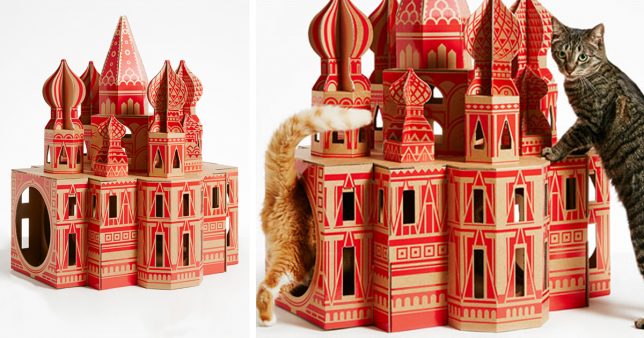 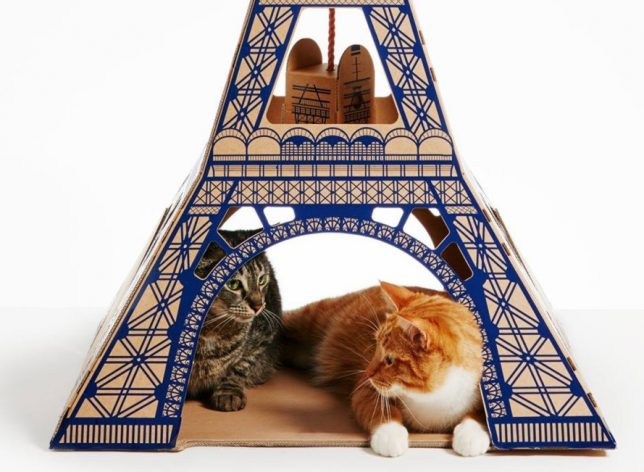 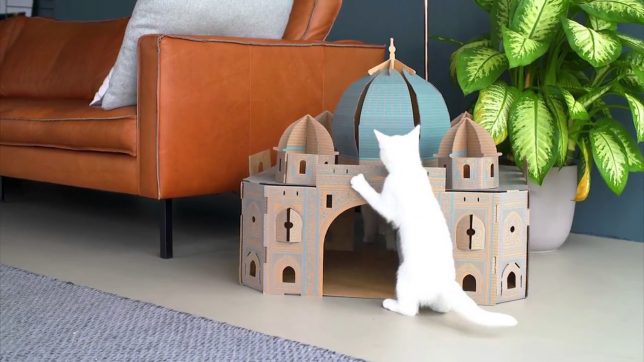 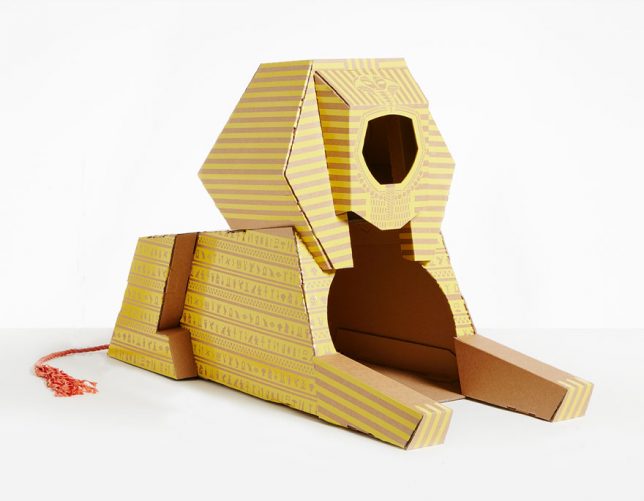 Cats invade Russia’s Saint Basil’s Cathedral, the Taj Mahal, the White House, the Eiffel Tower, the Sphinx of Giza and other internationally renowned architectural monuments for Studio Poopy Cat’s ‘Landmark’ series. These intricate pet houses are made of cardboard and feature unexpected details, like a snack elevator inside the Eiffel Tower.