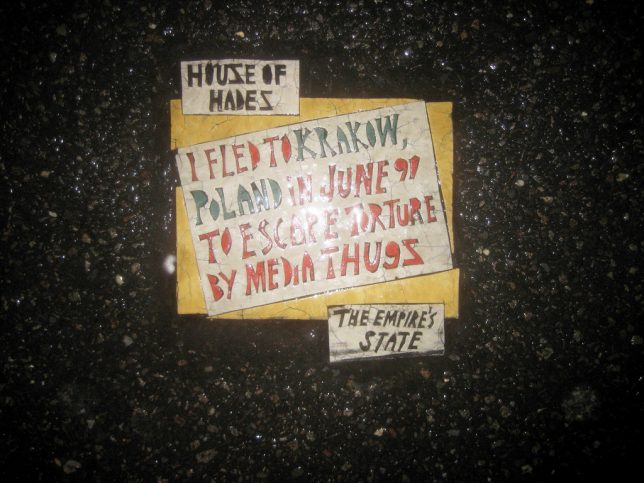 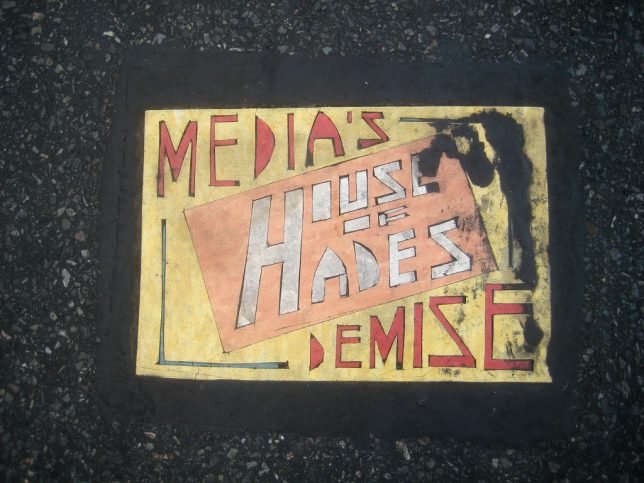 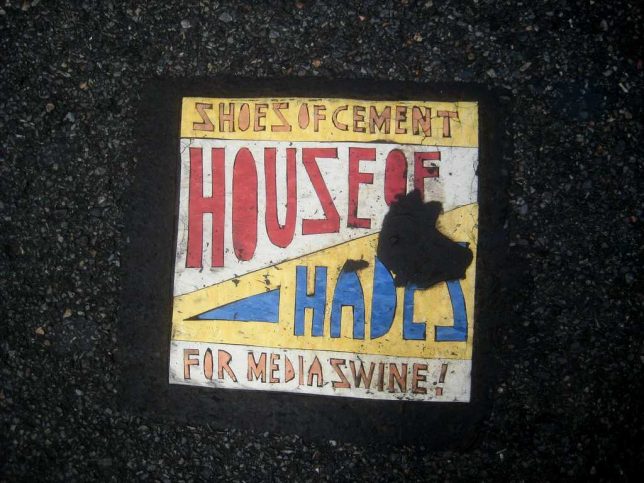 A bright and shiny tile snapped by Flickr member Brecht Bug in early February of 2009 offers some insight into what’s behind House of Hades’ solitary anti-media crusade. Located at the corner of 5th Avenue and 47th Street, the tile reads “I fled to Krakow, Poland in June 91 to escape torture by media thugs.” Obviously he returned to NYC at some point – perhaps the “media thugs” either lost interest in him or were, ahem, somehow dealt with. 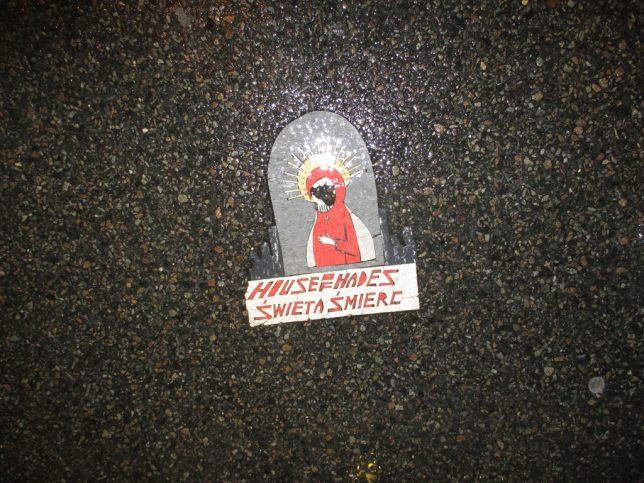 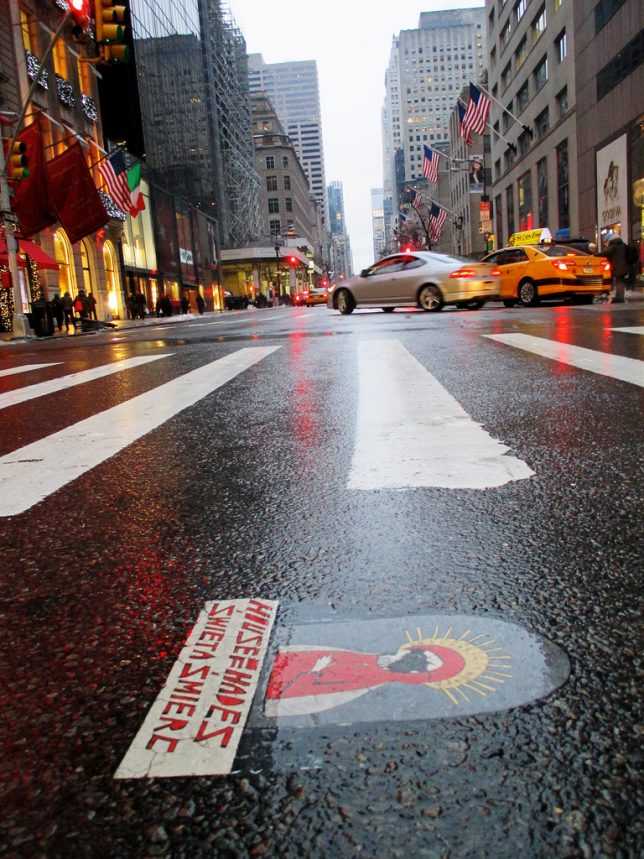 This curious Polish connection manifests itself on other House of Hades tiles that include words or phrases in (translated) Polish such as “Holy Death” and “bring me a journalist’s hand”. Nice. 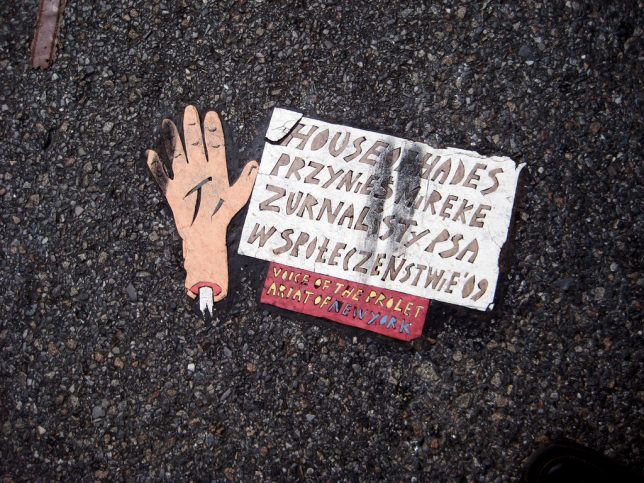 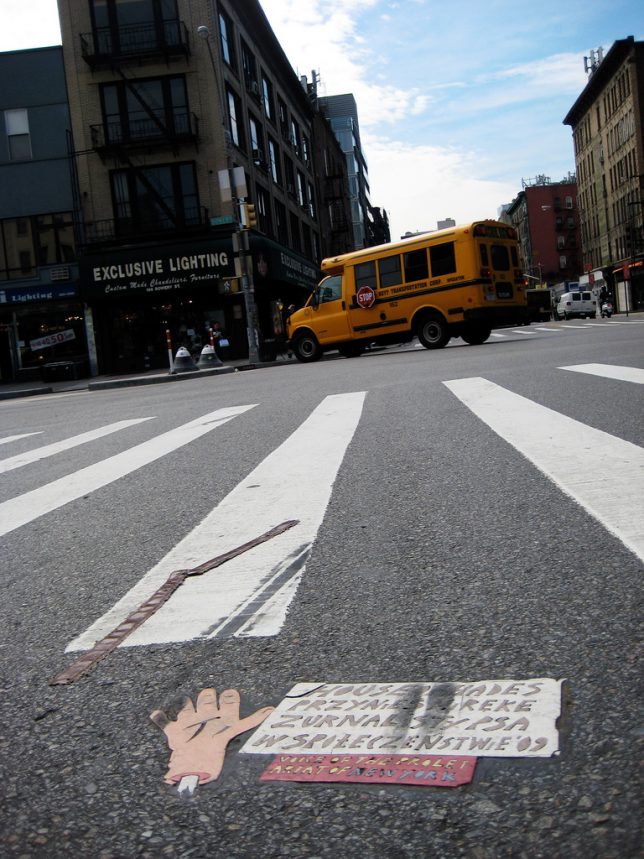 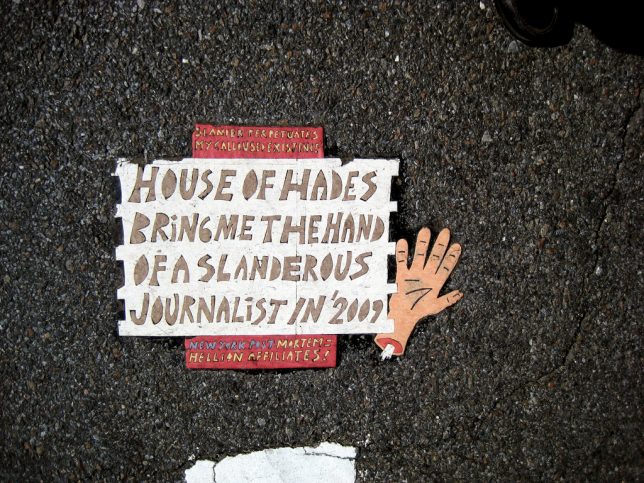 Note the creepy, comic-book-style severed hand in these images… “Tales From the Cryptic”, anyone? 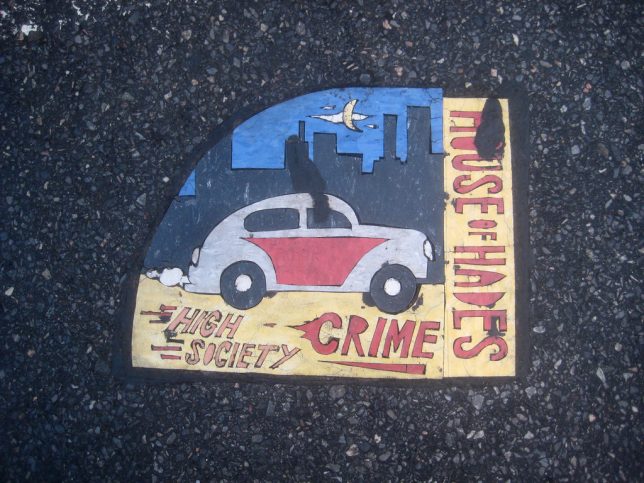 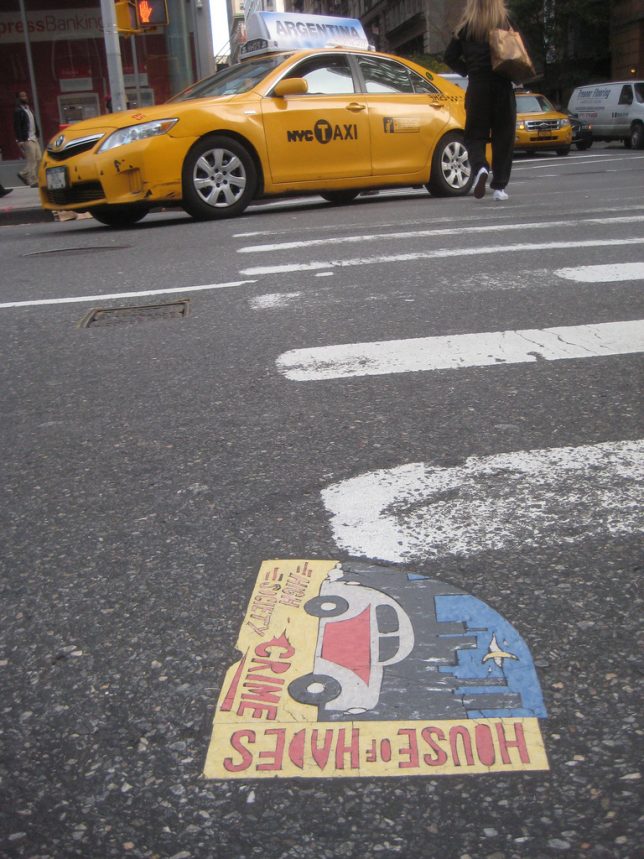 Some House of Hades tiles are more graphic than others, and this outstanding retro car-themed tile is a prime example. Dating from 2008, the tile has aged very well – the photographer returned in late 2011 to find the tile looking as good as new, albeit slightly faded. This tile expresses the artist’s secondary obsession: the crimes of the One Percent. Heh, this guy was a Trumpist before Trumpism came to be!

Protest On the Rocks 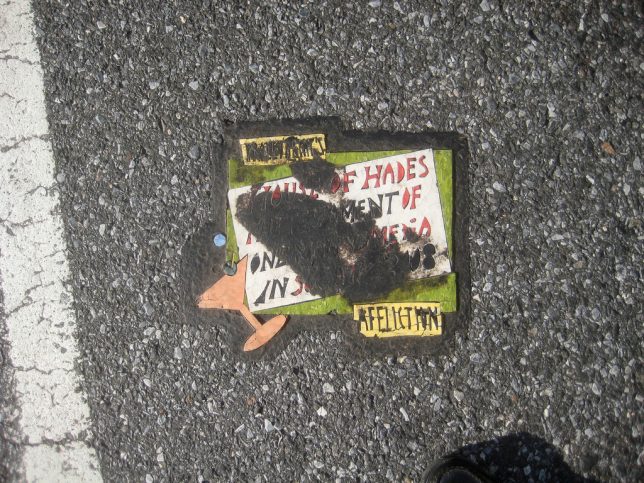 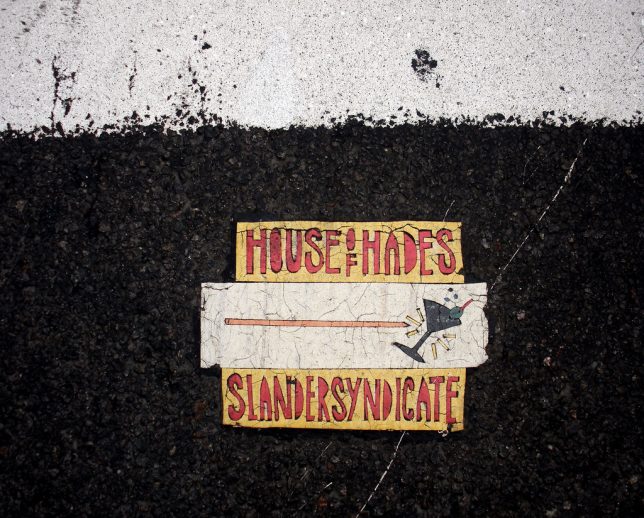 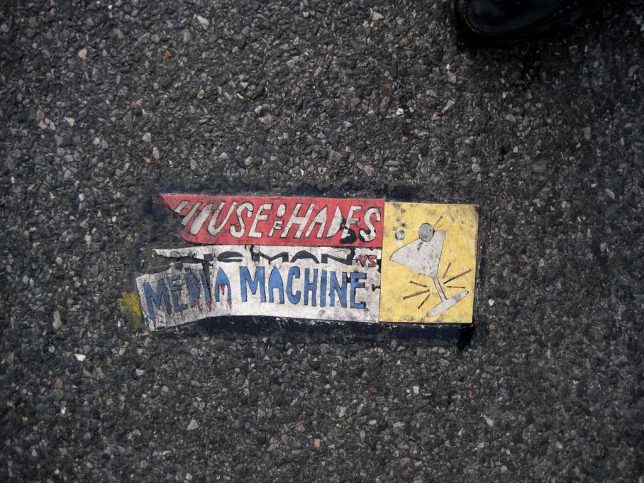 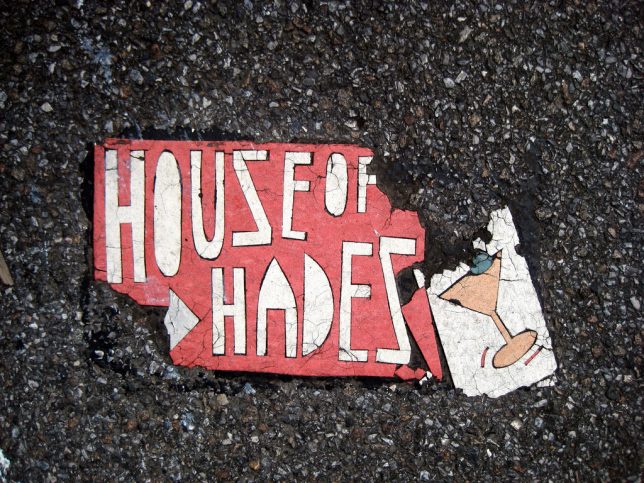 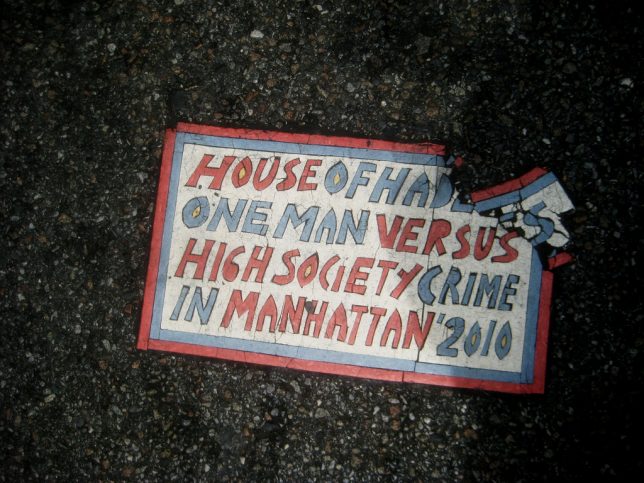 The artists often uses martini glasses, olive and all, to symbolize the upper-crust High Society “criminals” he so despises. This theme contrasts with his frequent use of the communist term “proletariat” and the possibly purposeful resemblance of his tiles to early Constructivist Soviet posters.