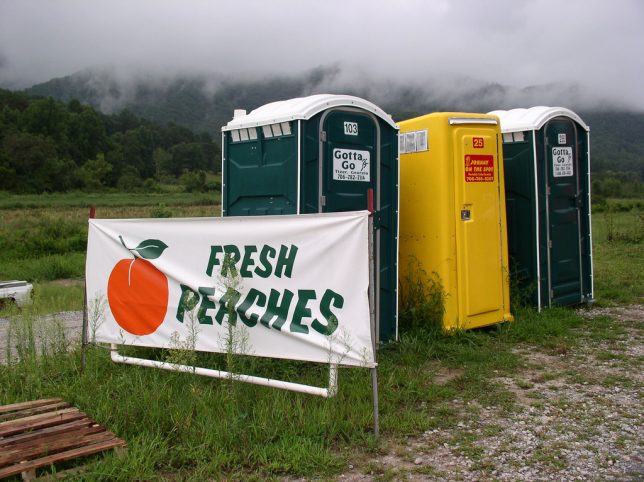 “Peaches come from a can, they were put there by a man…” So say The Presidents of the United States of America and you know they’d never lie to us. This symmetric trio of porta-potties snapped by Flickr member Jacob in Mountain City, GA are unremarkable on their own – that sign, though, changes everything. 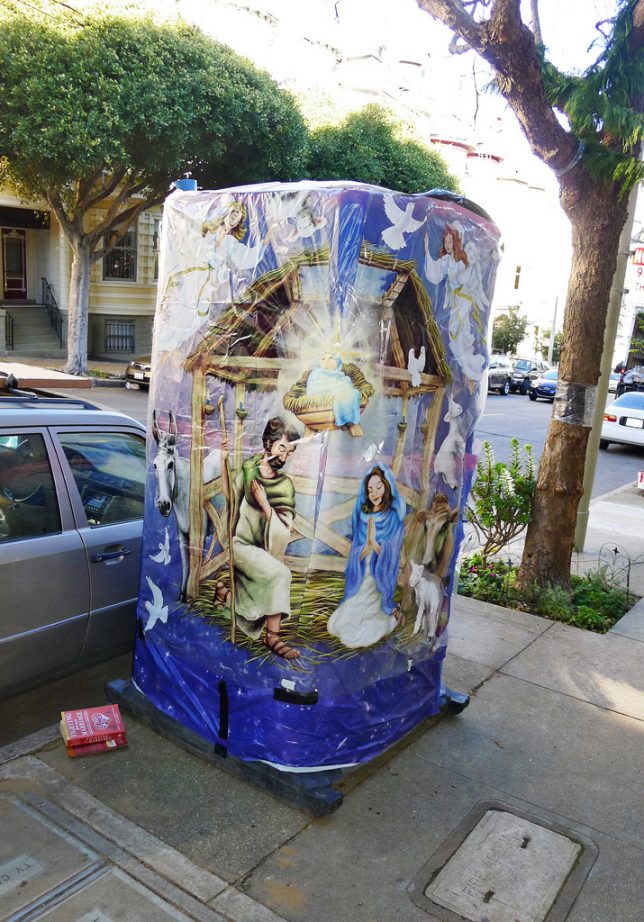 No room at the inn OR the stable? No problem! Away in San Francisco’s Alamo Square you’ll find this cheekily sacrilegious porta-manger, or at you would have in December of 2012. Thanks to Flickr member glennbphoto for posting this reverent image. 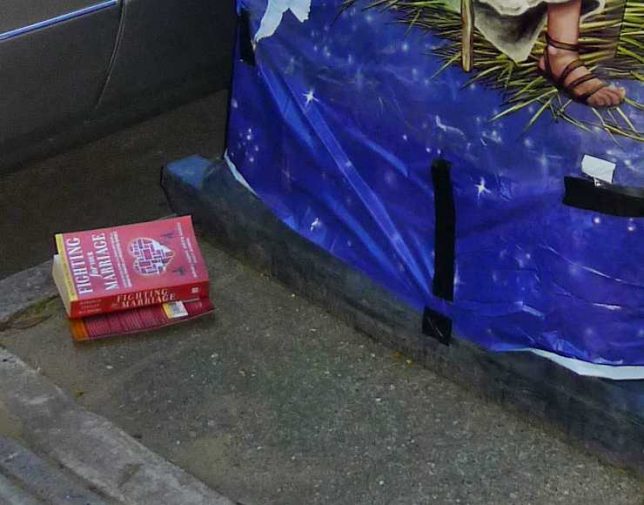 Note the presence of reading material, a thoughtful gesture by whomever organized this extremely creative porta-potty makeover, though “Fighting for your Marriage” is a curious choice of titles. 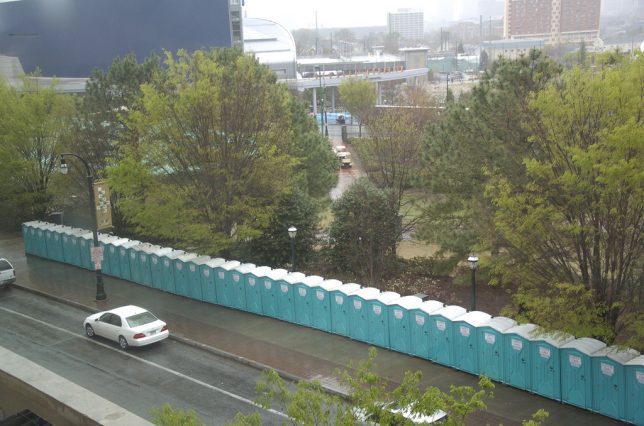 Forget the Streisand Effect, we’re more worried about the Domino Effect. Flickr member PB&apples snapped this all-star lineup of Happy Can (not kidding) porta-potties from their Atlanta hotel window in March of 2009. A room with a view, indeed. 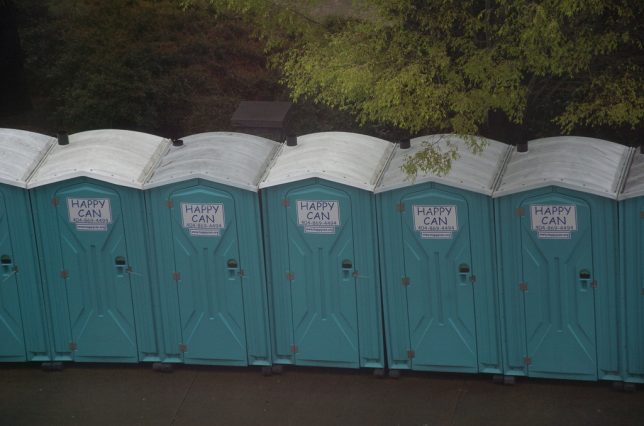 “Our room was supposed to have a view of Centennial Olympic Park,” explains the peeved photographer, who’s obviously not a Happy Can-per. “This is not exactly what we had in mind.” Our advice? Draw the curtains and keep the window closed. 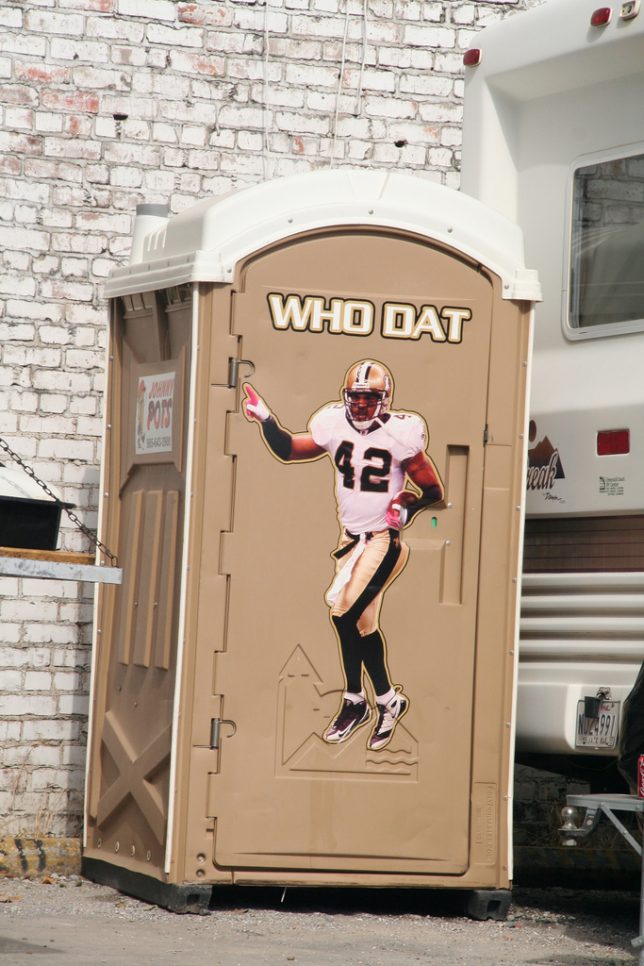 Dat be Darren Sharper, former NFL all-star safety and broadcaster who played for the New Orleans Saints in 2009 and part of 2010. Sharper’s image adorned a Johnny POTS portable toilet before a [email protected] game in late October of 2010. To say Sharper’s career (and life) went into the crapper wouldn’t be wrong: in late 2016 he was sentenced to 20 years in prison after pleading guilty to multiple rape and drug-related charges. What a way to flush it all away.