Most porta-potties hide in plain sight at construction projects, public events and music festivals but these outdoor loos stick out like sore bums, er thumbs. 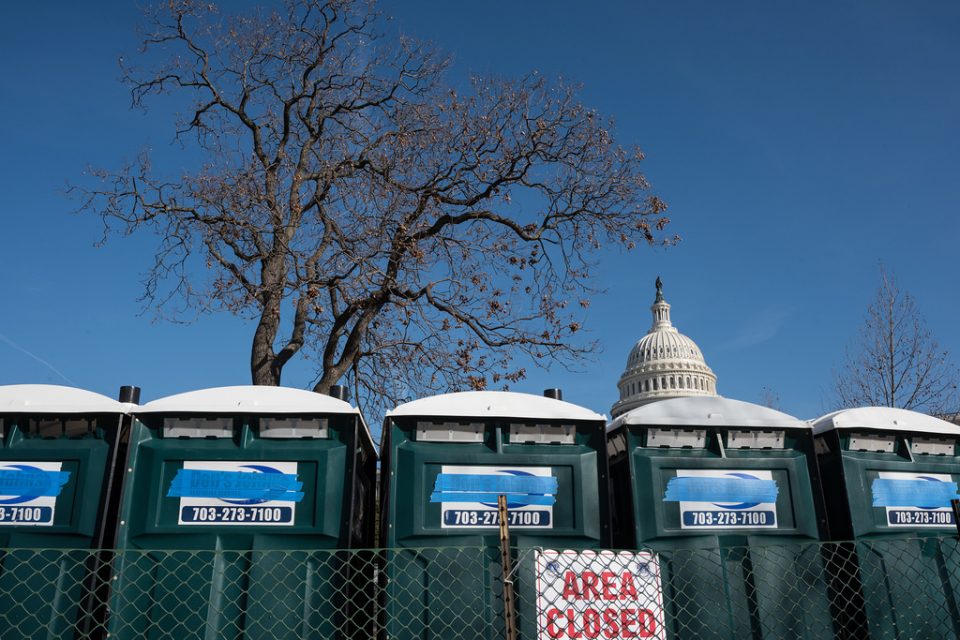 Porta-potties are big business (they even have their own magazine) and they’re often deployed en masse for the largest public events. Take the January 20th, 2017 inauguration of President Donald J. Trump, declared by former White House press secretary Sean Spicer to be “the largest audience to ever witness an inauguration, period”. Actual numbers aside, ANY presidential inauguration means a LOT of butts in the seats, so to speak, and that translates into a windfall for whichever porta-potty company lands the gig. 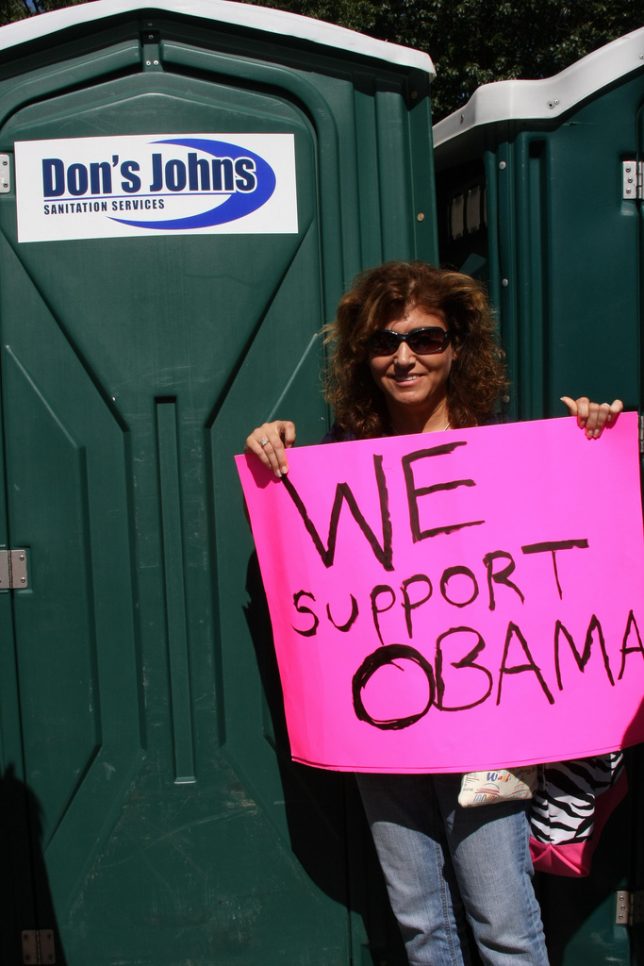 For 45’s big day, the contractor was Don’s Johns… not THAT Don but A Don (Don’s Johns is a family-owned concern founded in 1964). Coincidence? Certainly, but that didn’t stop event organizers from taping over the logo on as many Don’s Johns porta-potties as possible… which only served to highlight a non-issue. Guess nobody on the transition team ever heard of the Streisand Effect. Kudos to Flickr members bill.I.am, Joshua Yospyn, and Tania Gall for snapping the above photos. 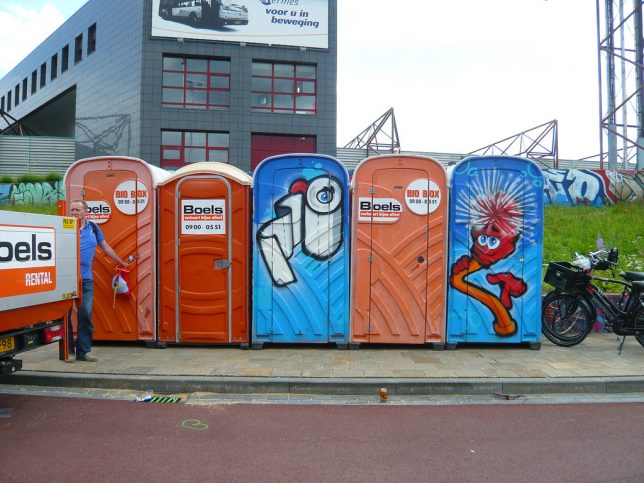 Netherlands-based Boels Verhuur B.V. is the largest rental company in Europe’s BeNeLux region and among the over-2,500 products available for rent are porta-potties. Some, like the above examples from Eindhoven, have been creatively painted though it’s not certain if the painters were contracted by Boels or are the unauthorized work of local graffiti artists. One would hope they restricted their “painting” to the exteriors. 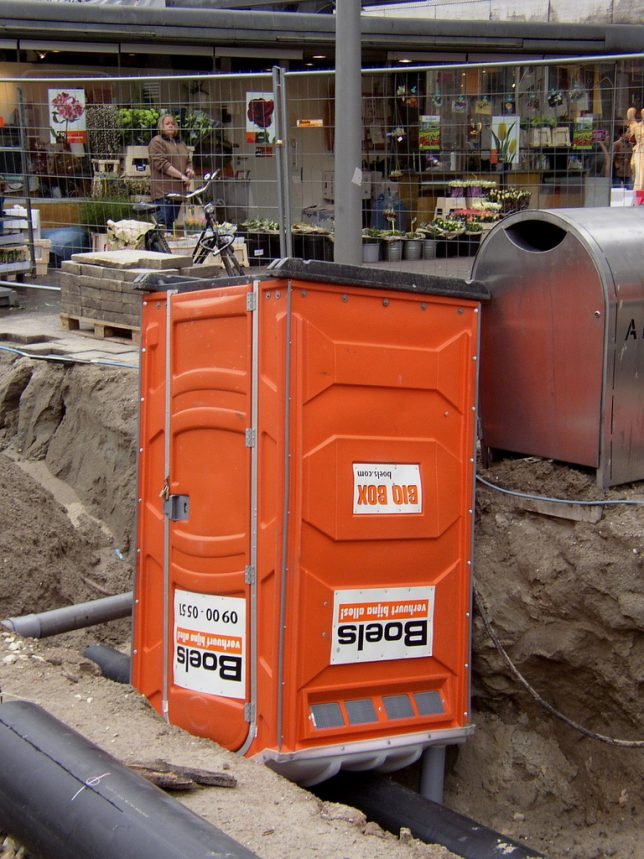 As for the above photo… who among us hasn’t had a case of “Upset Boels”. No doubt the site’s construction workers were a tad upset as well. Flickr member oerendhard1 captured these portable toilets in 2012 and 2008, respectively. 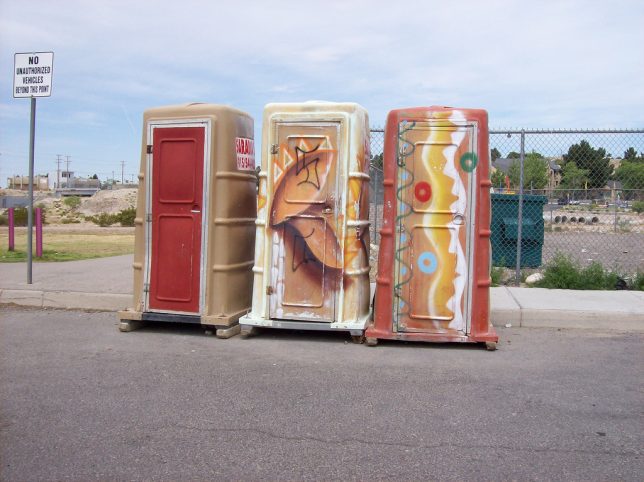 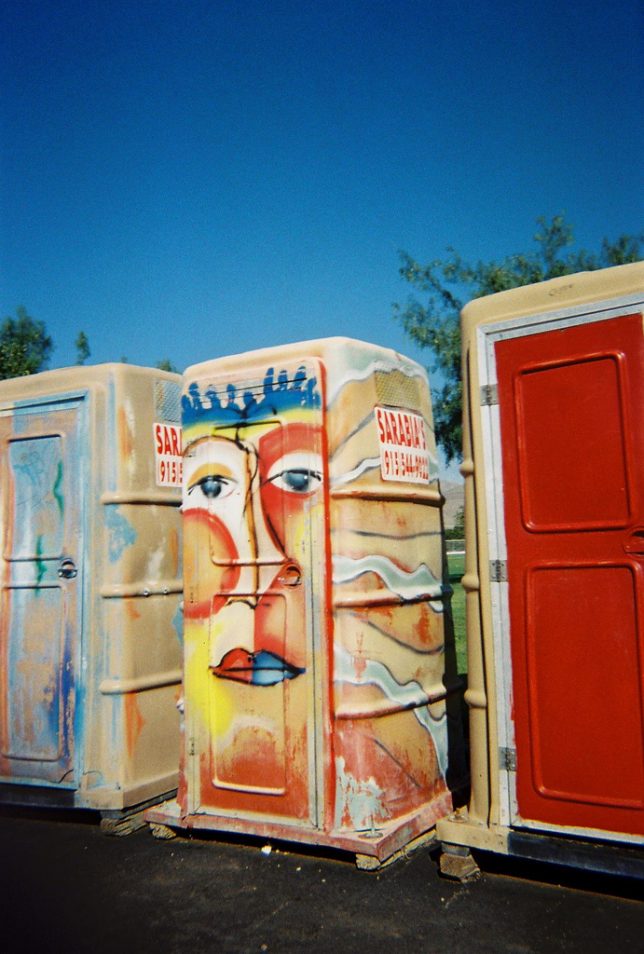 “The Painted Potties of El Paso, TX” may not have the cinematic cache of “The Bridges of Madison County” but hey, each to his or her own. 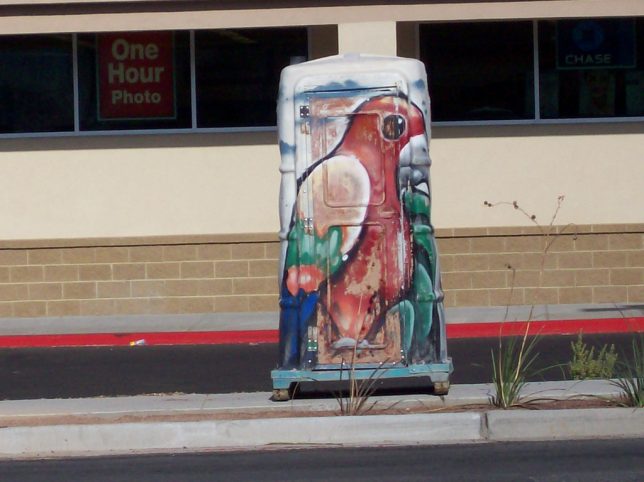 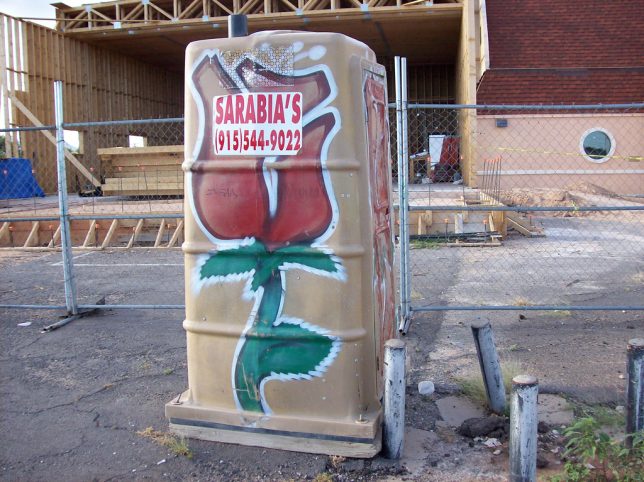 It’s said that every rose has its thorn, so be careful where you sit. As for a rose by any other name still smelling the same, well, in this case that’s debatable. 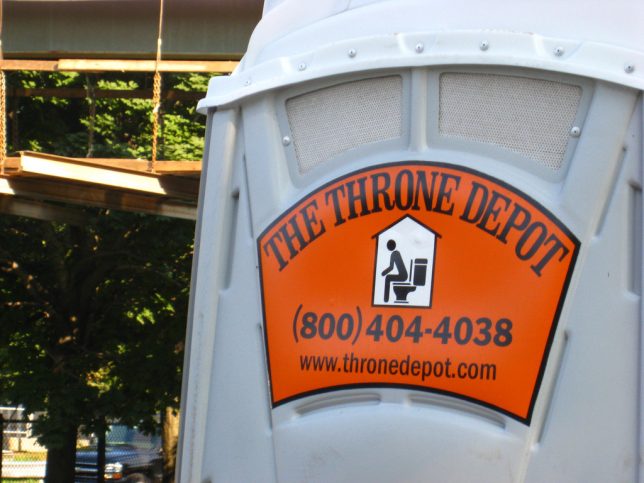 It’s a testament to how willfully invisible portable toilets have become: the logo of Woburn, MA-based The Throne Depot graphically depicts some generic dude conducting business, as it were, in public. Throne Depot takes the ol’ hiding-in-plain-sight game a step further by constructing many of their porta-potties from purple and orange plastic. 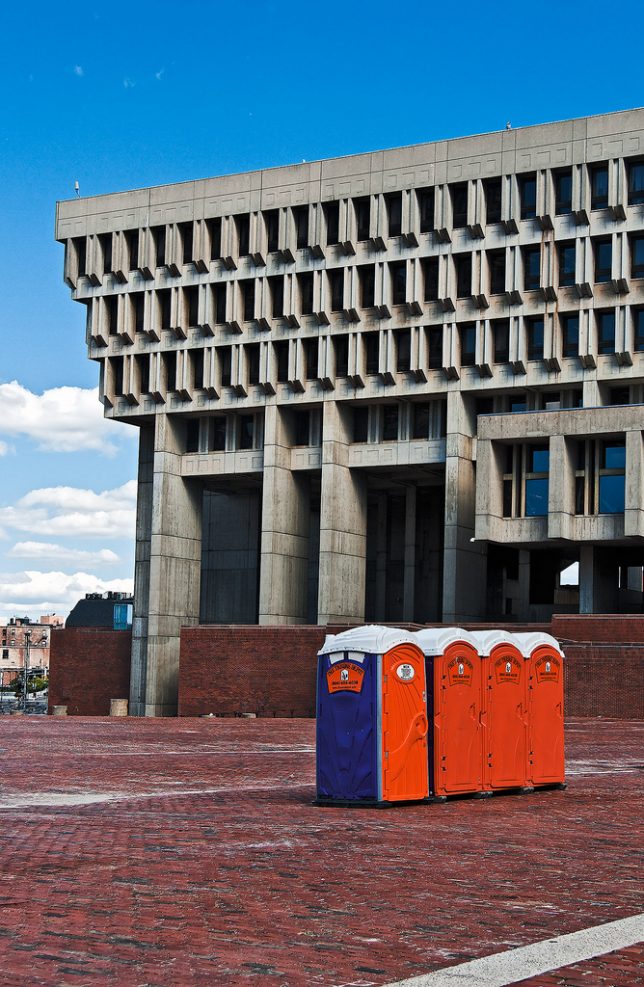 The above photo, taken in 2009 by Flickr member klausness, features a row of four Throne Depot porta-potties outside Boston’s much-reviled, Brutalist concrete City Hall. Some might say that’s perfectly appropriate.