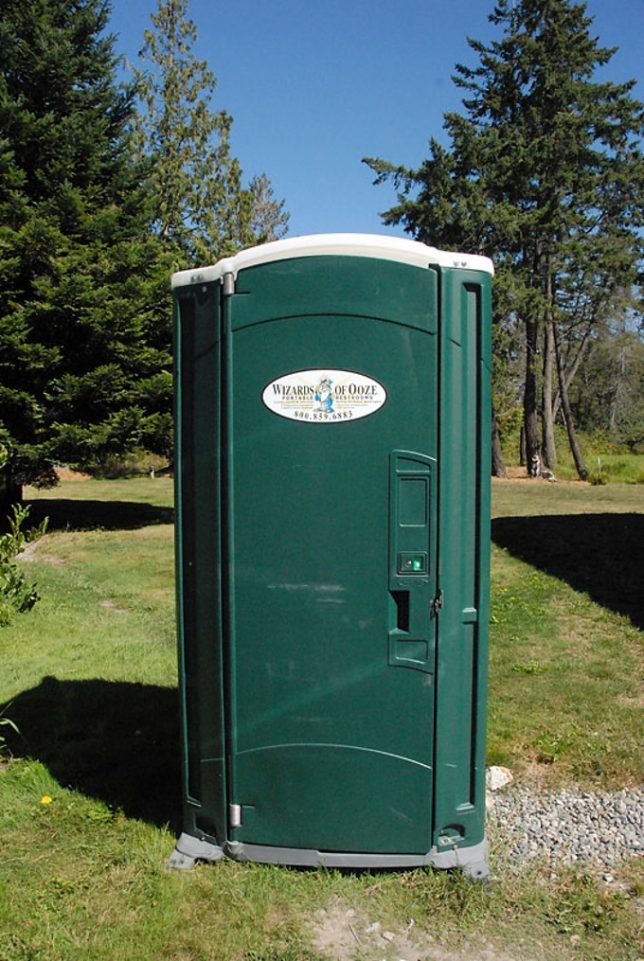 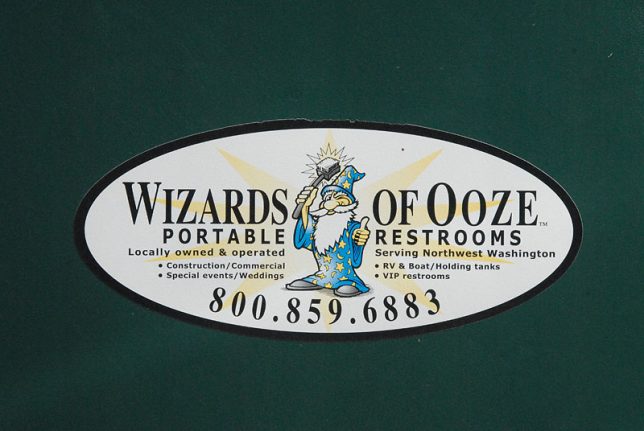 Ooze, the great and powerful… hey, smell isn’t everything. A memorable brand name, on the other hand, IS everything when it comes to business success. So, what does “Wizards of Ooze” tell us? Well, according to the copy on their logo they provide portable restrooms for construction sites, commercial applications and… weddings. Also, it would seem that wizards have a hierarchy. 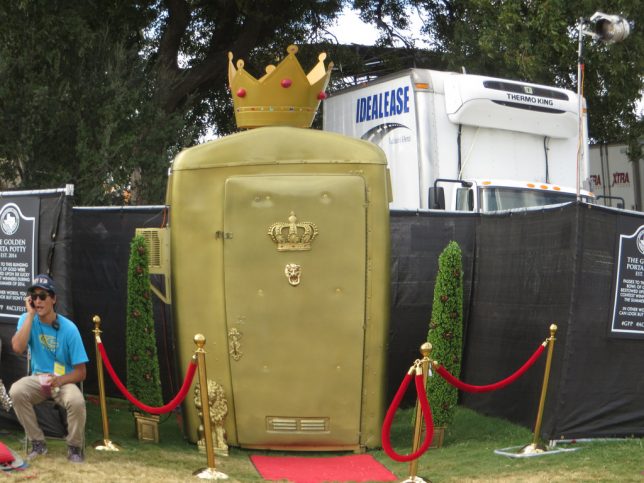 It’s good to be the king… of porta-potties. Flickr member Almendra Zarazua (mimemendra) couldn’t resist the allure of this king-sized and apparently Midas-touched portable toilet back in October of 2014. Note the velvet ropes and red carpet – thanking the Academy is optional. This opulent (and redolent) “throne room” graced Zilker Park, Austin TX, and we’re guessing the blue-shirted fellow on the left was selling tickets to ride, so to speak. 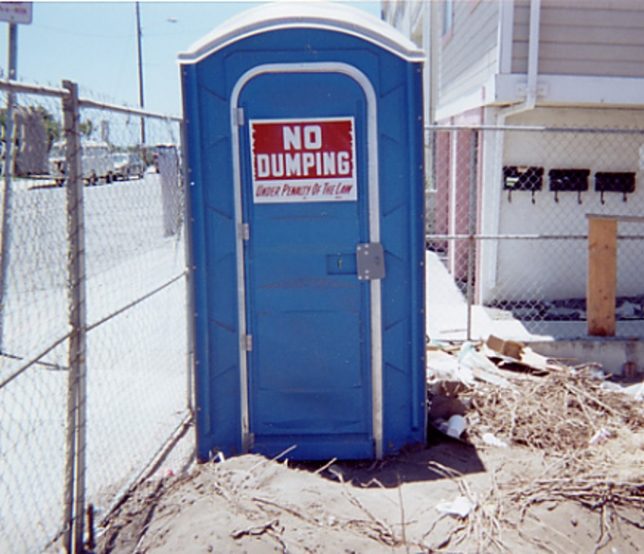 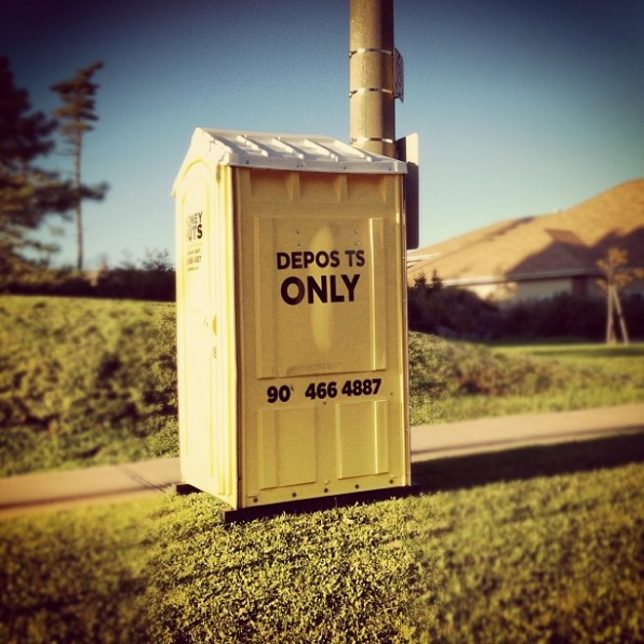 To dump or not to dump, that is the question, and you’ll forgive those “on the go” if they feel some sense of frustration when confronted by these advisories. Seriously, it’s a porta-potty – are instructions really necessary? 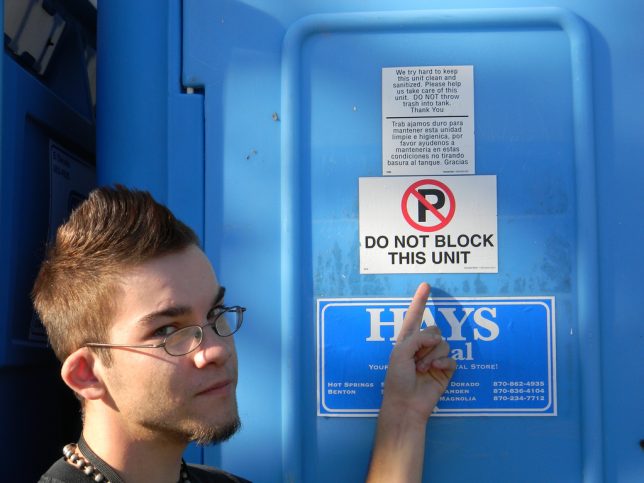 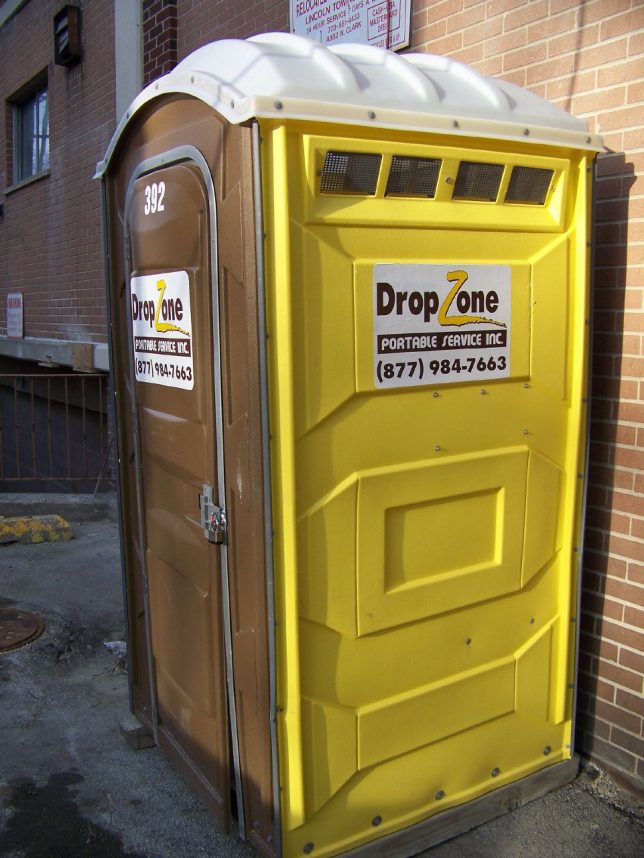 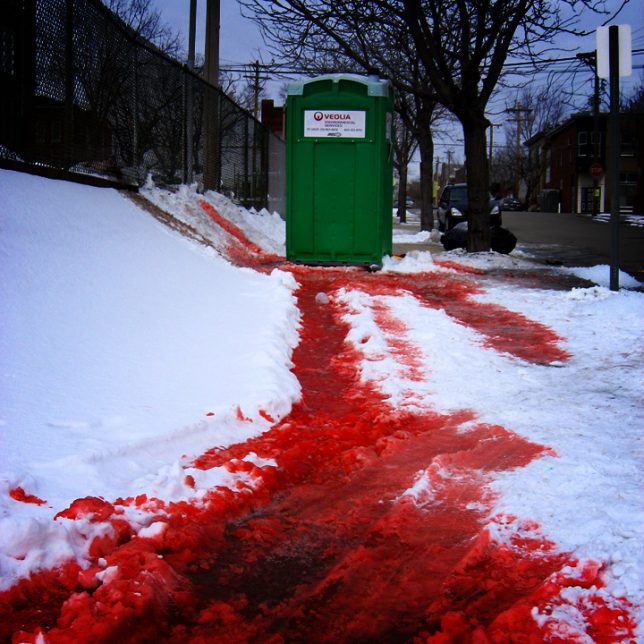 We get that Missouri is a Red State but c’mon… this is taking that whole “Show Me” stuff too far. Flickr member Bill Keaggy (*keaggy.com) captured this crime-like scene near St. Louis the morning after Mardis Gras in 2007. We’re gonna go out on a possibly-severed limb and state the crimson tide is merely drink mix spilled by pranksters but just in case it isn’t… do NOT open that porta-potty’s door unless you’re wearing a badge or a haz-mat suit – better yet, both. Yeah, “any port in a storm” but being porta-potties, there’s probably another one nearby.