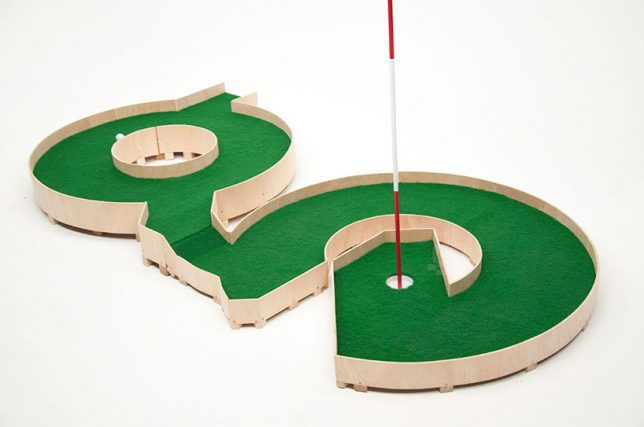 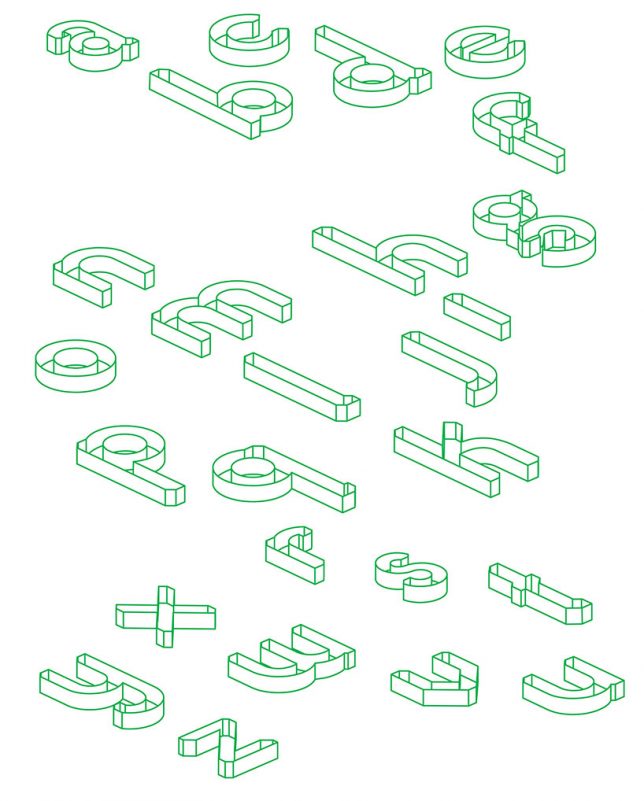 The lowercase, sans-serif letter ‘g’ becomes a miniature golf course in this project by London-based graphic designer Ollie Willis. Recognizing some parallels between graphic design and golf courses, Willis created a wooden frame filled with astroturf and chose a letter with enough angles to make the prototype challenging and fun. 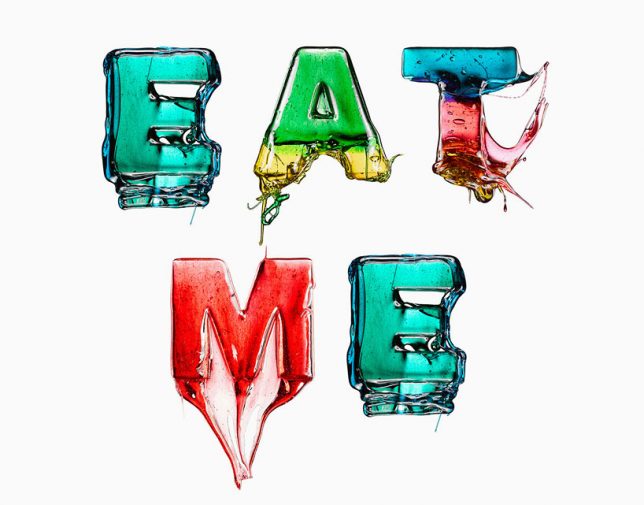 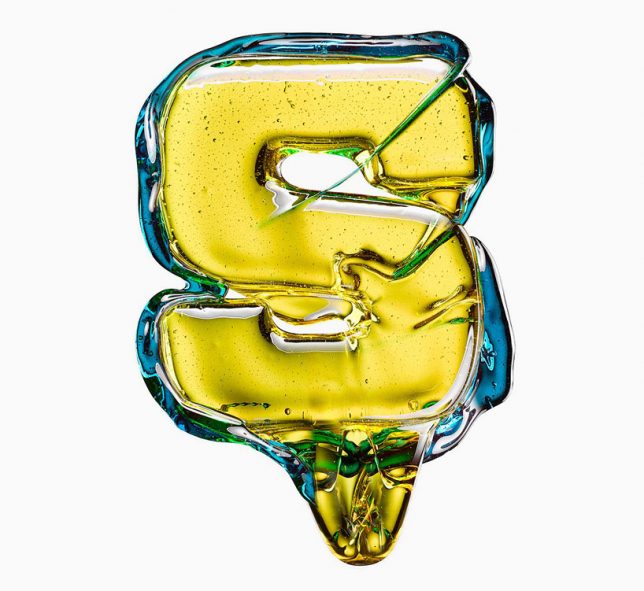 Tiny strands and smears of molten sugar make every letter in this edible candy alphabet unique. Italian artist Massimo Gammacurta sculpted all 26 letters in colorful candy form and photographed them from above for the ‘Eat Me’ typeface. 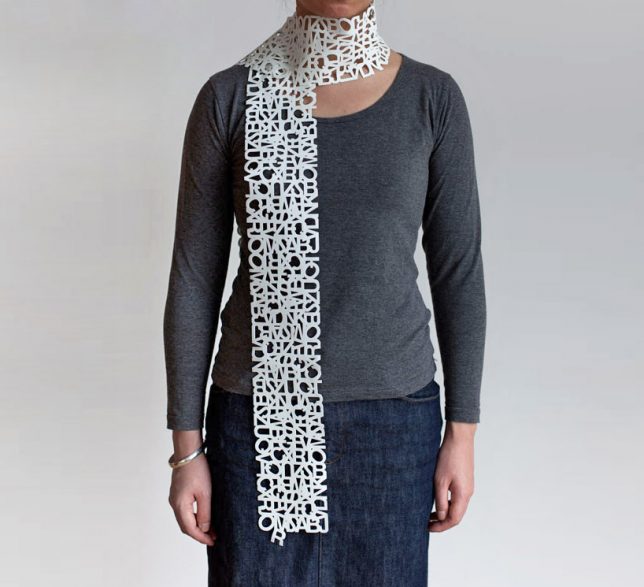 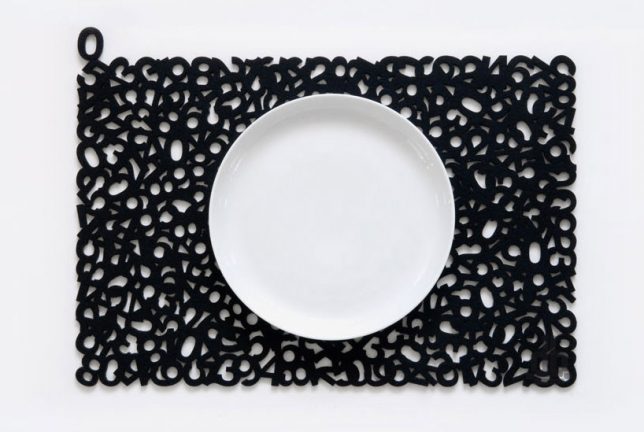 Ever fancy wearing Helvetica as an accessory? Now you can with wearable typographic textiles from Little Factory. The Hong Kong-based studio mashes letters and numbers together in designers’ favorite font so they create a graphic gridded pattern that can be laser-cut into microfiber suede to make scarves, coasters and placemats. 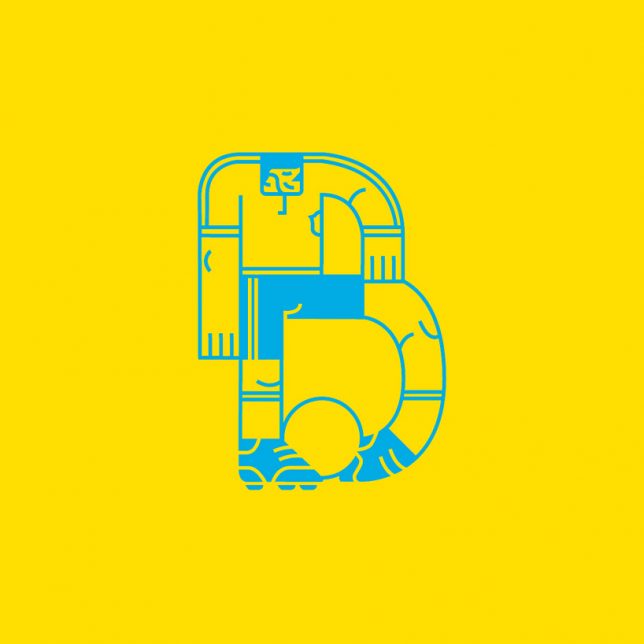 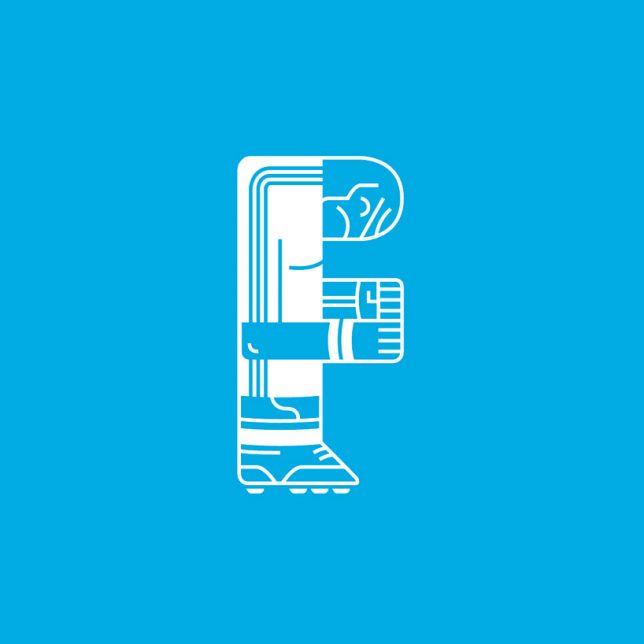 World Cup players from countries like Brazil and Britain contort themselves into letter shapes while going for the goal in this hand-drawn illustrated alphabet by Gustavo Berocan Veiga. He calls the results ‘Association Ball Cup Typeface.’ 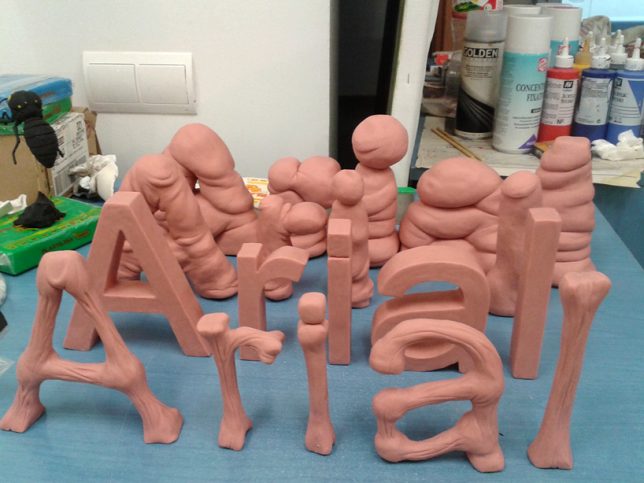 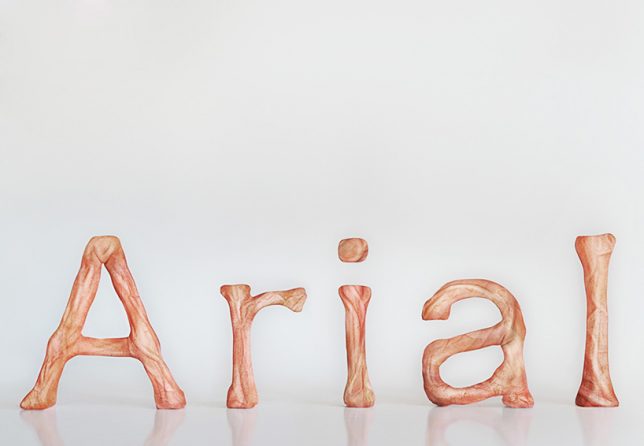 Pounds of ‘flesh’ represent various font weights in the Arial typeface in this creepy sculptural project by designer Alex Palazzi. Black, bold, regular and light variations of the font are realized in graphic detail with fleshy 3D representations that will have you wondering which body parts the various letters were based on.