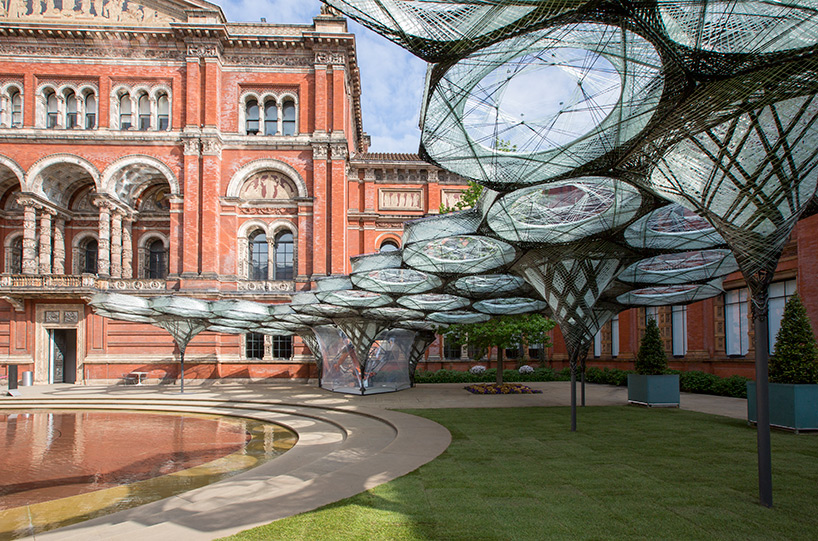 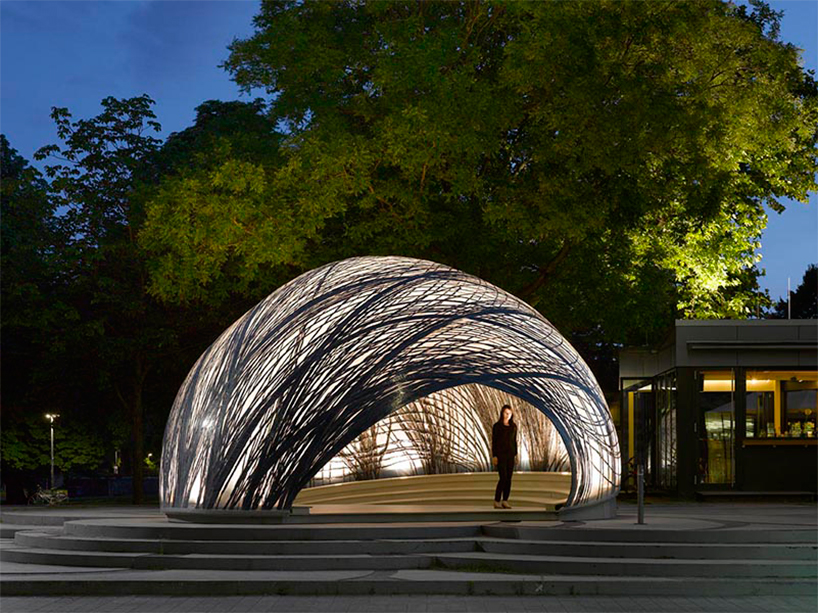 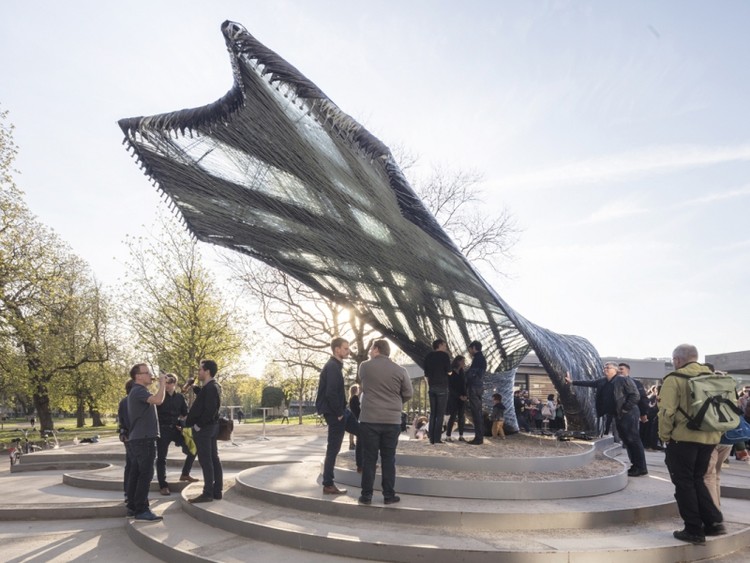 Every year, the ICD/ITKE (Institute for Computational Design and Construction/Institute of Building Structures and Structural Design) at the University of Stuttgart in Germany produces a research pavilion exploring glass and carbon fibre-reinforced composite structures at building-sized scale. “Because these materials are lightweight and have high tensile strength, a radically different approach to fabrication becomes possible, which combines low-payload yet long-range machines, such as unmanned aerial vehicles with strong, precise, yet limited reach, industrial robots. This collaborative concept enables a scalable fabrication setup for long span fibre composite construction.” The pictured pavilions are from 2017, 2016 and 2015, with a new one expected in the coming weeks. 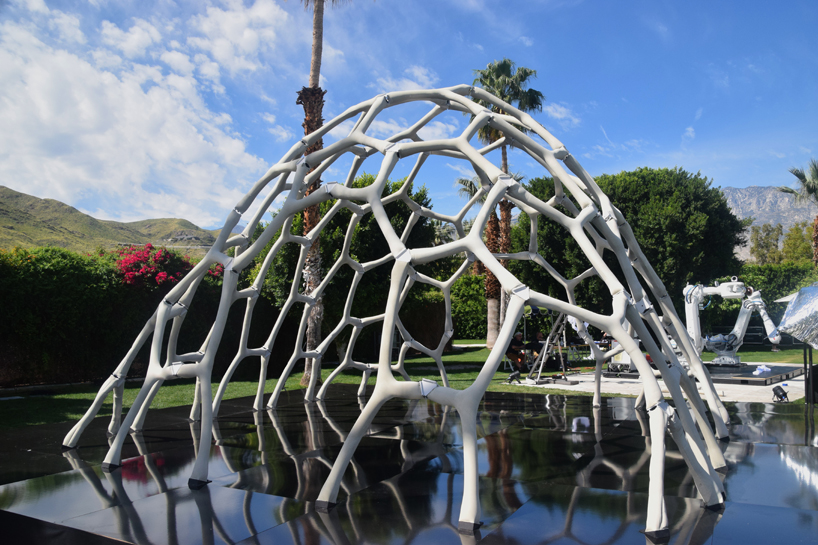 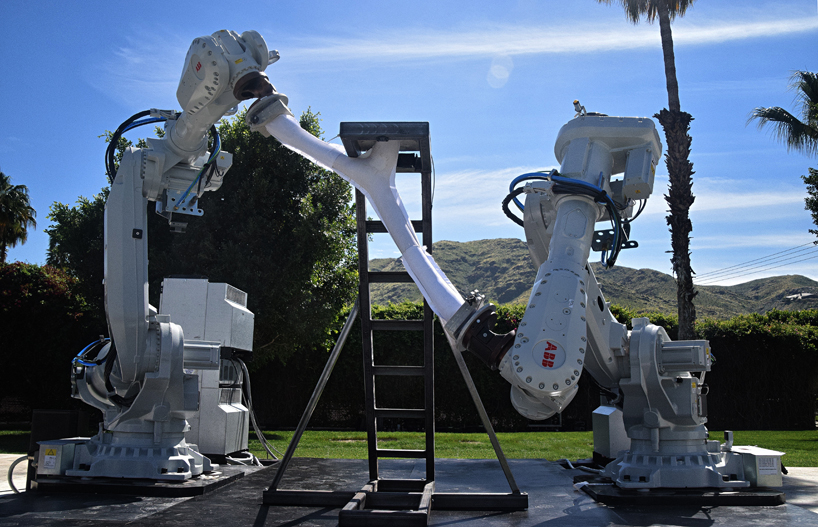 The MARS Pavilion by Form Found Design is the first robotically built concrete structure to be erected in California, and it uses the catenary chain model to create a compression structure where certain lines of the canopy are allowed to sag in order to strengthen the structure as a whole. Cement, steel fiber and water are mixed together to create the individual components and then take 45 minutes to cast and cure before the robots configure them into a hex-grid formwork. 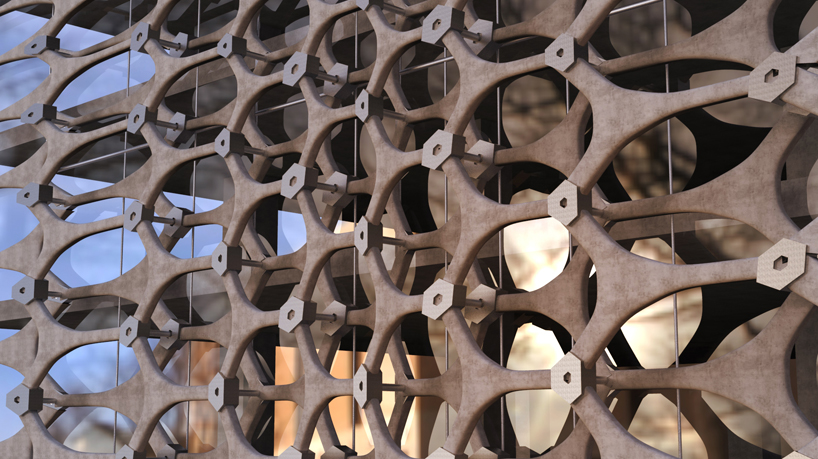 Another project by Form Found Design sees a self-supporting facade shading system derived from a parametric workflow instead of the usual geometric repetition of traditional concrete casting. A combination of human craft and robotic assembly, the process uses flexible sewn fabric molds to create the concrete shapes for an organic-looking result. 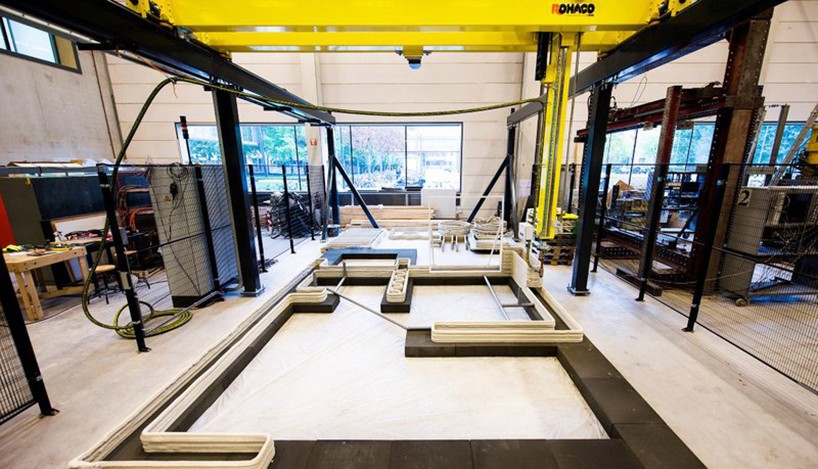 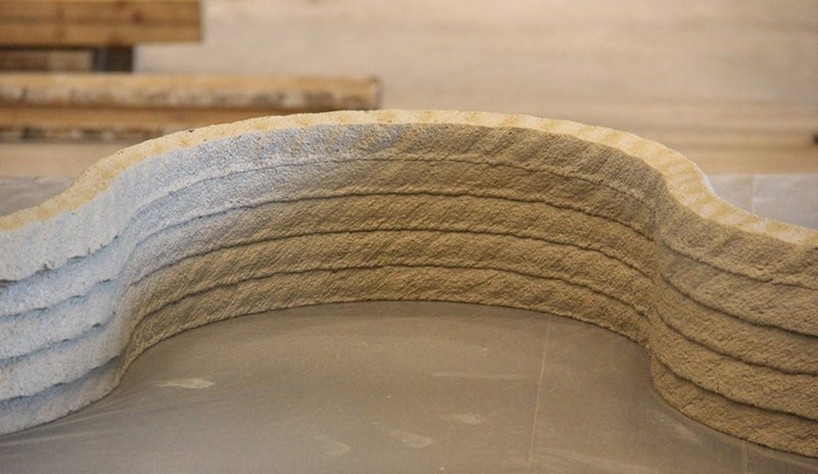 This gigantic 3D printer by TU Eindhoven is capable of printing structures up to 36 feet long. The university aims to revolutionize concrete construction, working with the building industry to develop technology and knowledge that’ll ultimately be deployed for strong, easily recyclable 3D-printed structures. Built by Dutch company ROHACO, the printer is capable of producing many different kinds of concrete in a single structure; for example, the middle load-bearing layer might be fiber-reinforced concrete, while the outside has dirt-repelling qualities and the interior layer includes active insulation.