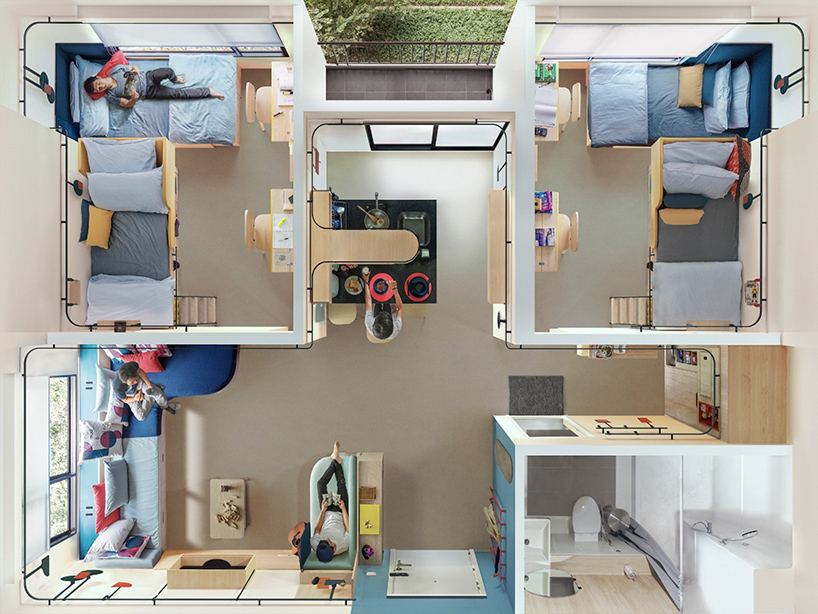 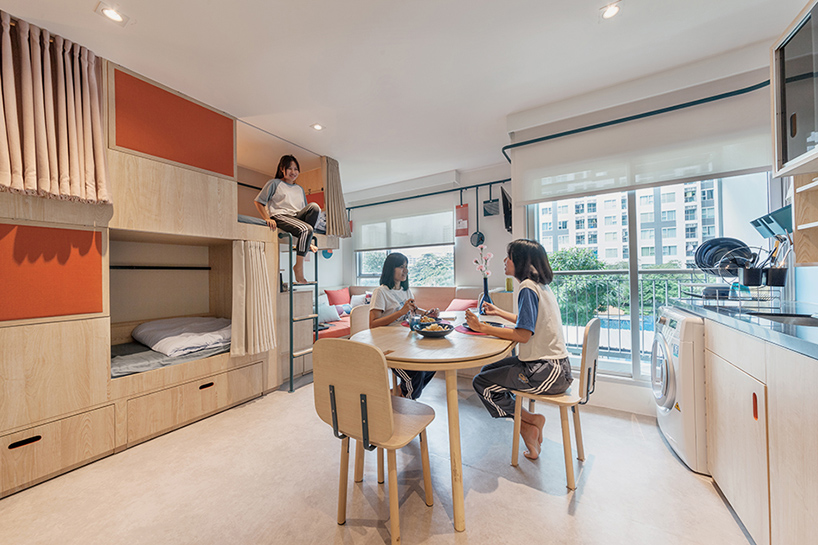 Boarding houses may seem like a quaint mode of living that went out of style decades ago, but the reality is, scarce expensive housing has produced a sharp increase in the sharing of individual units among unrelated adults. A whole lot of people have ‘housemates’ later in life than they ever planned, bringing the sharing economy into increasingly intimate spaces. While a lot of existing houses and apartments aren’t designed for this purpose and therefore not ideal for it, intentional co-living spaces can pack a surprising amount of function into a footprint that would normally fit a single occupant or small family. Fabrica takes this to the extreme with its co-living space in Bangkok, created for students facing financial difficulties. While they don’t have a ton of privacy, they do have a modern, comfortable place to live and socialize that looks a lot more enticing than a typical dorm. 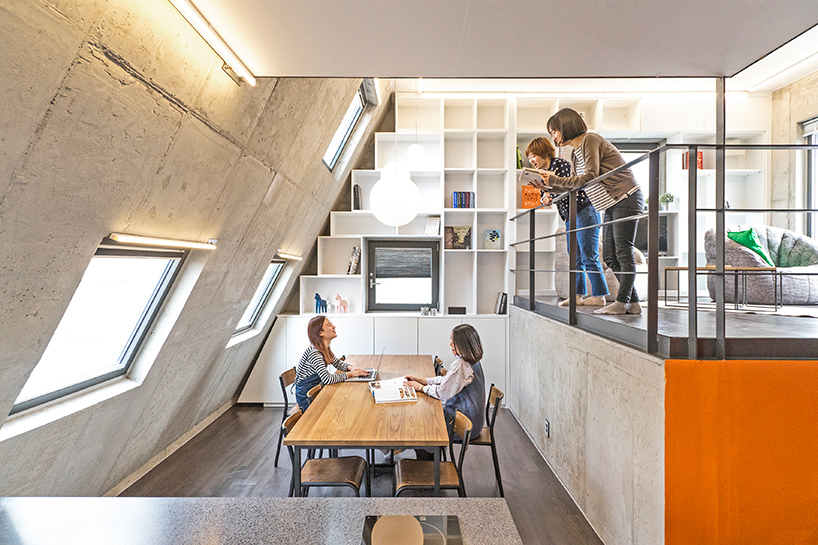 JYA-rchitects’ Sillim-Dong House is a shared home for ten female residents in a dense area of Seoul, South Korea, offering each occupant a location and level of amenities she would not normally be able to afford. Available floor space is maximized by eliminating corridors and each floor has its own bathroom. Common areas are located in the brightly-lit upper stories. 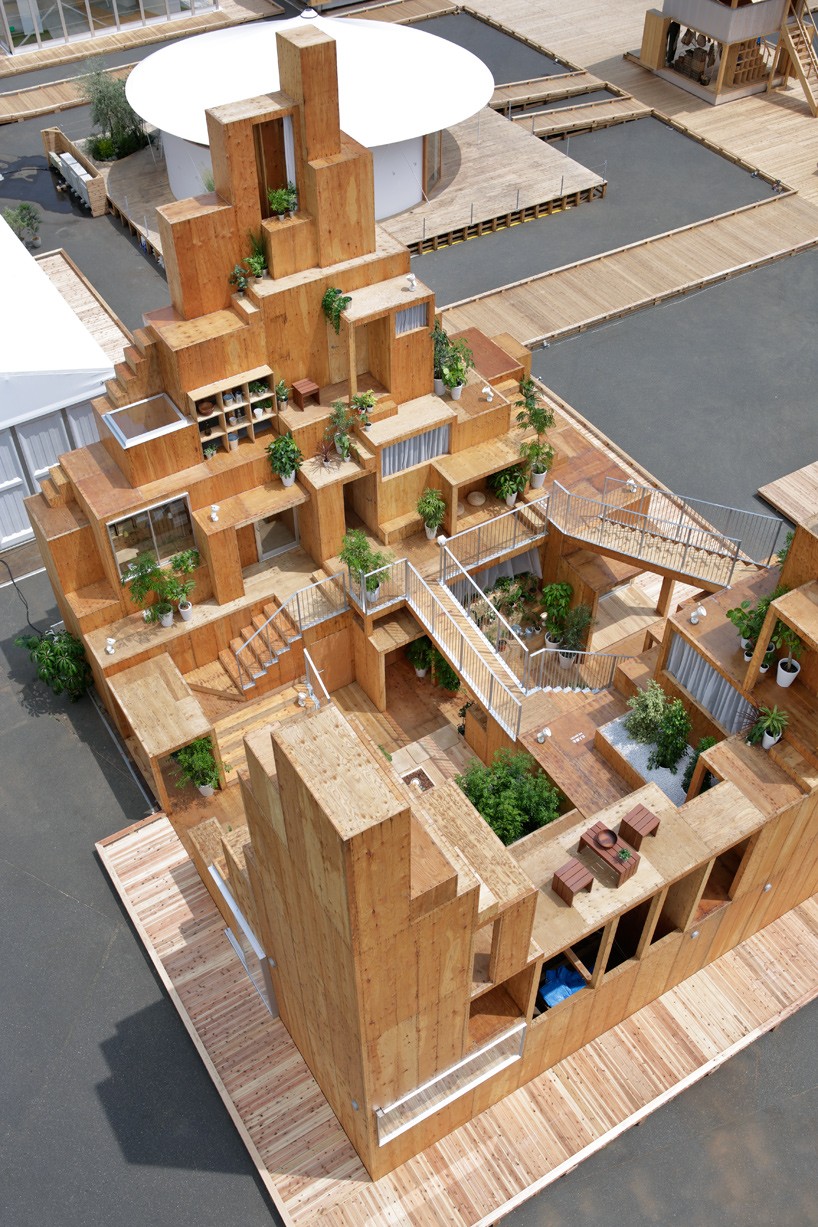 Sou Fujimoto’s ‘Rental Space Tower’ adds an extra layer of privacy to this scenario with a building that staggers private, enclosed bedrooms with communal outdoor and semi-enclosed spaces for an airy, livable result that encourages interaction between neighbors. Everyone in the building has access to shared kitchens, baths, theater rooms and gardens that are larger and nicer than what would fit into their own small individual spaces. 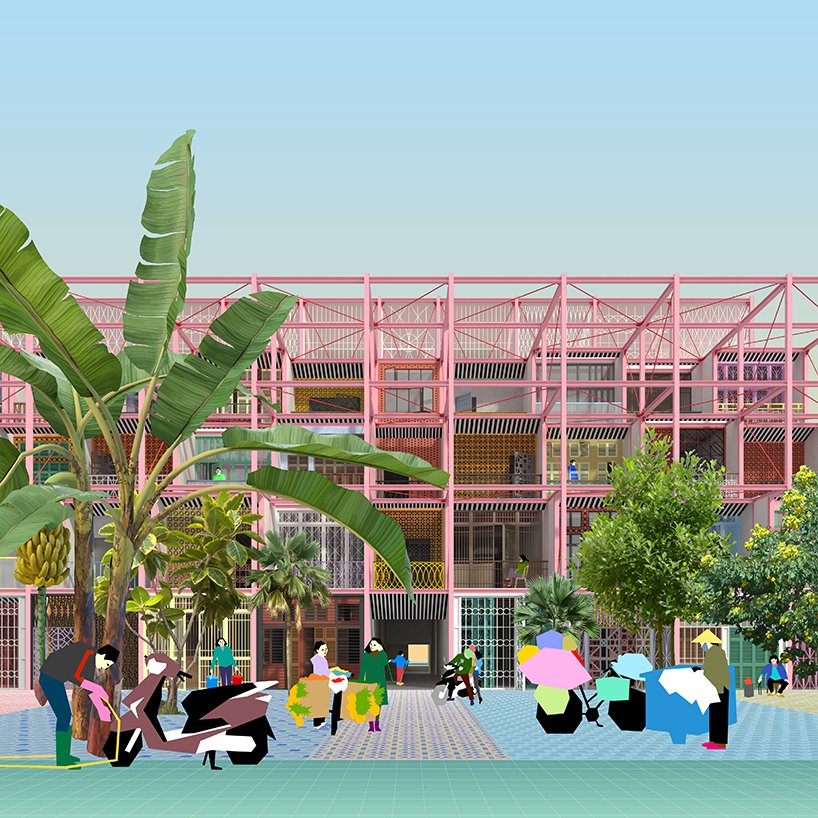 It’s fair to say that governments around the world haven’t historically done a great job at providing examples for livable, quality social housing. The phrase ‘housing project’ conjures very specific imagery within the United States, while leftover Soviet social housing is known for looking extraordinarily dystopian. But it doesn’t have to be that way. Inject some personality, higher quality materials and more thoughtful layouts into buildings owned and managed by the state or non-profit organizations and you’re instantly providing something a lot more meaningful. Bui Quy Son’s ‘Kim Lien City’ is a colorful example, infused with the local culture and helping to preserve a traditional architectural typology in the rapidly changing city of Hanoi. The project explores possibilities for reviving Hanoi’s post-war collective housing network with modules that fit within a framework (bringing social housing and plug-and-play modular dwellings together in one concept.) 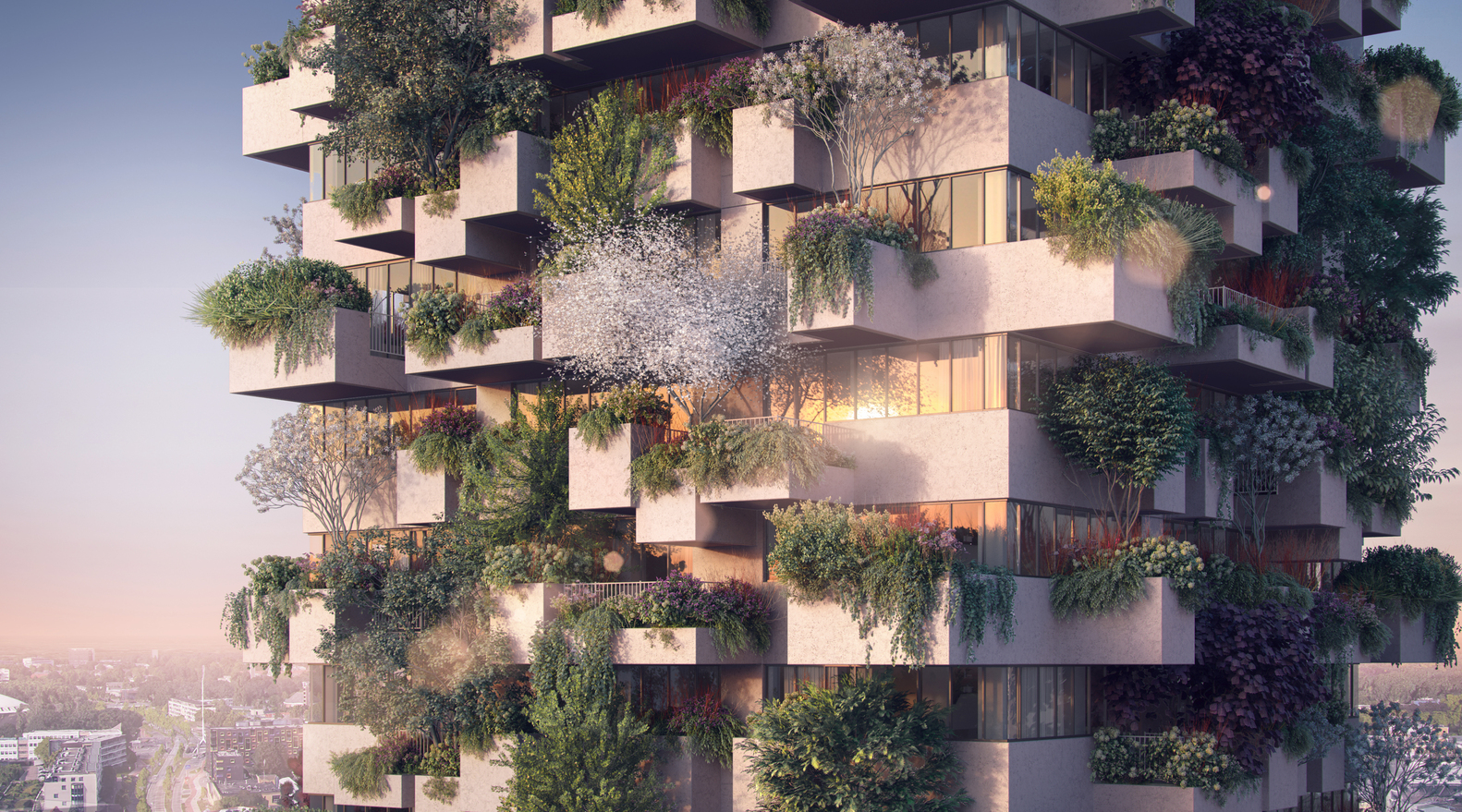 Stefano Boeri Architettii integrates a lush vertical forest into a social housing project in the Trudo Vertical Forest concept, which fits 125 low-income social housing units into 19 floors, each one with its own balcony filled with plants. The building creates its own ecosystem, helps filter the air for its occupants and uses prefabrication for rapid, accurate construction. 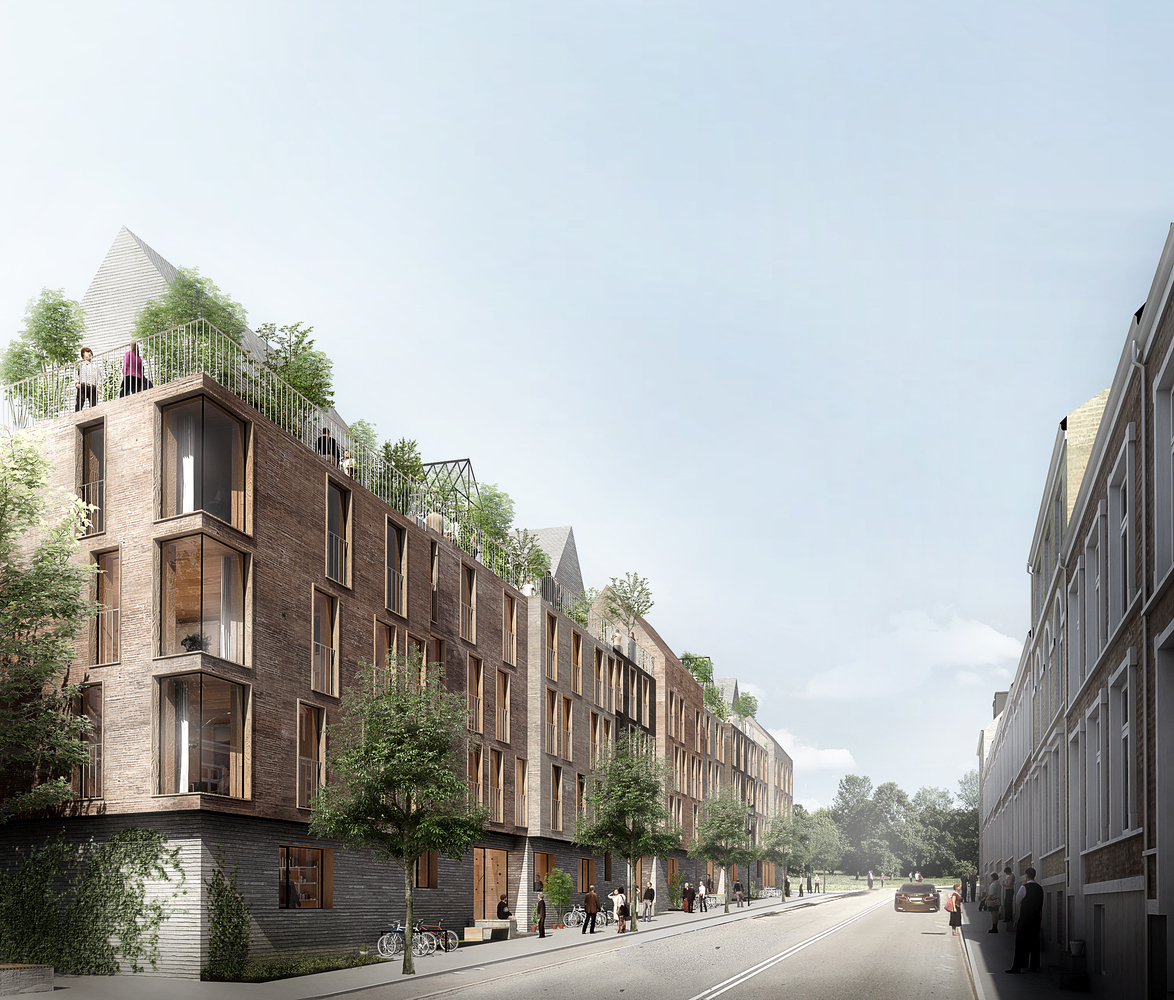 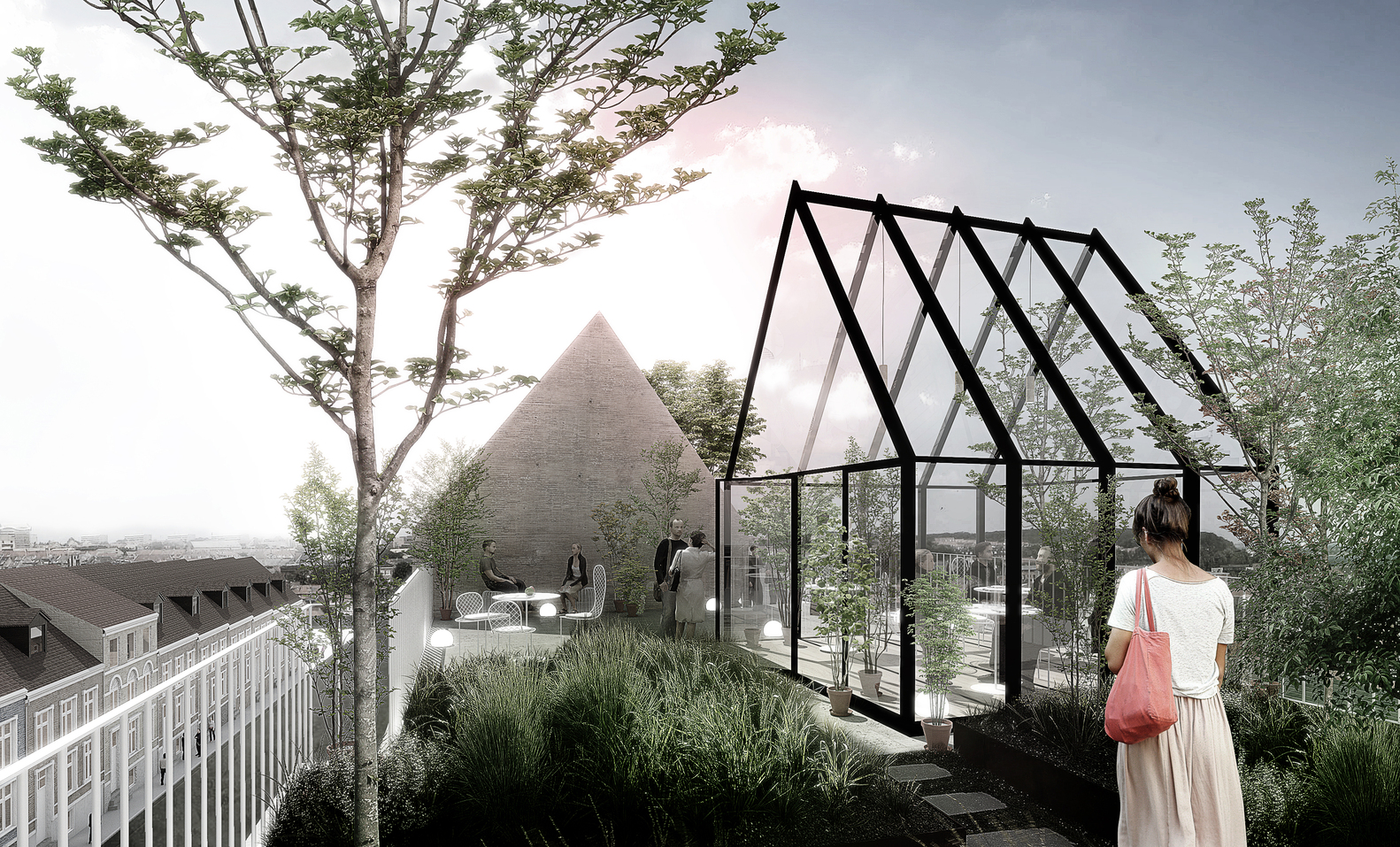 Subscription Living: Rent Everything, Own Nothing 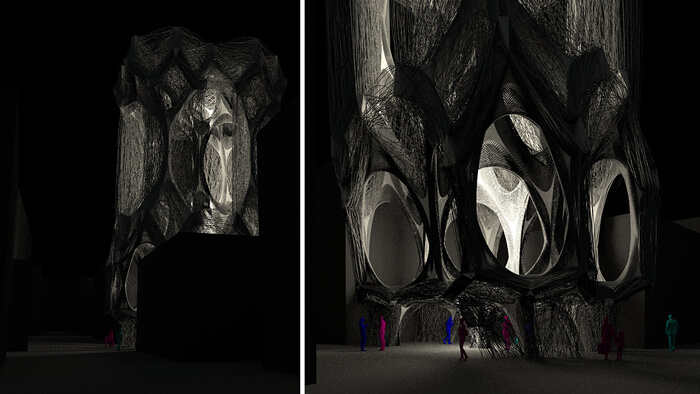 At London’s Architectural Association School of Architecture, a master’s program called Design Research Laboratory asks teams of post-graduate students to envision mass-customized urban housing for the future. One interesting proposal to come out of this program is Team Dwel.t’s “rent everything, own nothing” community. Set within an organically shaped building made of woven carbon fiber (which is almost certainly a material we’ll be seeing more of in the coming decades), the concept muses that in an age of Netflix, Pandora and Uber, some urbanites may be willing to give up ownership of just about everything in exchange for more freedom. Each space would be unique, enticing nomadic types to try out different homes within a single building.

“Dwel.t believes that architecture has a significant role to play in the building of communities and the sharing of resources. They’ve been specifically looking at lightweight interchangeable panels created with techniques like carbon-fiber weaaving. Carbon fiber is strong but lightweight, so you can remove and reposition walls easier than if they were made of concrete.”