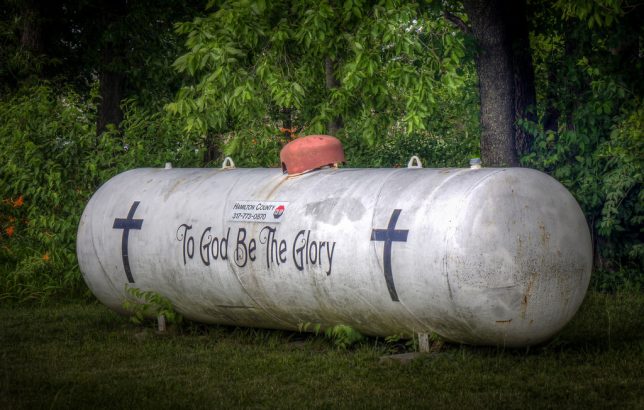 Tank the Lord? The sacred and the propane? Stop us before we singe again! The Fellowship Baptist Church in Noblesville, IN appears to be stoking the fires of devotion with good old, dare we say “blessed”, hydrocarbon fuel. Flickr member Donnie King (donnieking1811) captured this somewhat scruffy tank enhanced with some spiritual calligraphy in June of 2017. 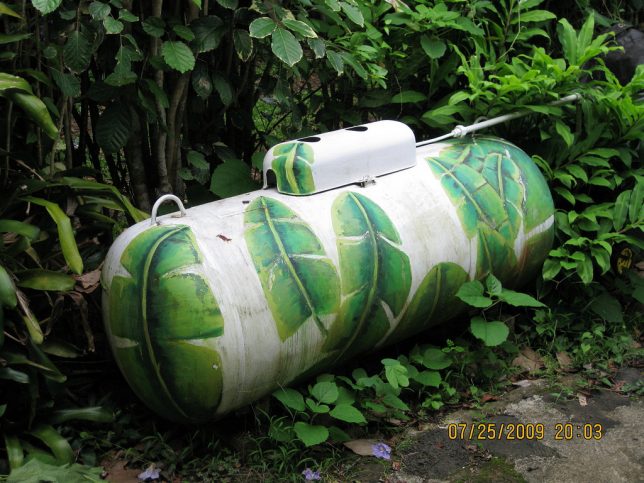 “I was trying to camouflage this propane tank,” explains Flickr member Leslie Hagen (LeslieHagen is Uturn). “Originally, the background was black and it really disappeared in the foliage. But the propane guy told me black was not a good color for a propane tank because it would heat up and loose gas. Yiks!” And there’s nothing worse than loose gas, amiright? Hagen’s snapshot dates from July of 2009 and it would be interesting to see how well her acrylic paint job has weathered the, er, weather. As for the “Yiks!”, we’re totally going to say that next time someone lets loose some gas around us. 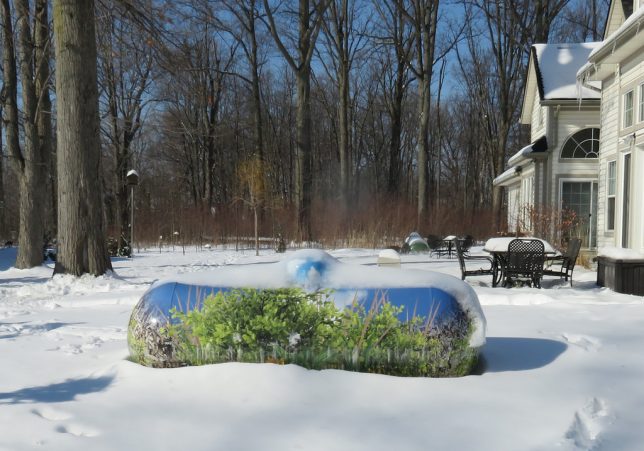 Winter just got a little warmer thanks to this artfully camouflaged propane tank in Amherstburg, Ontario. Talk about blending in… though it’s safe to say an all-white paint job would do the trick for half the year, at least. Flickr member B C (Hear and Their) captured this truly evergreen home propane tank in January of 2018. 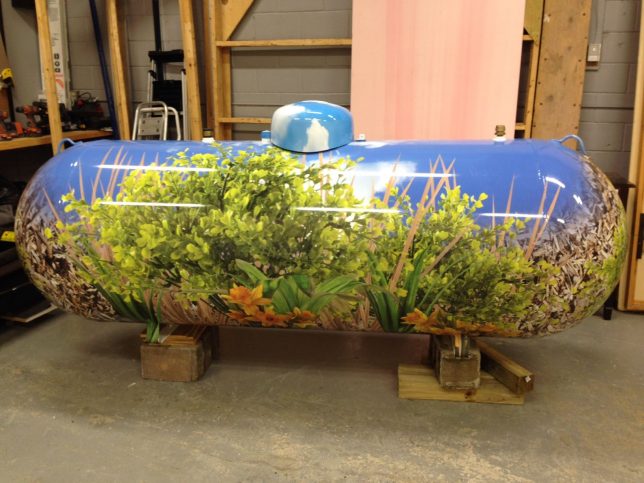 A little online sleuthing uncovered the tank above – a dead ringer for the Amherstburg propane tank down to the cloud & sky detailing on the cap. Seems this “painted” tank is actually a detailed vinyl wrap offered by Speedpro Imaging, according to Pinterest member Carrie Hofmann. 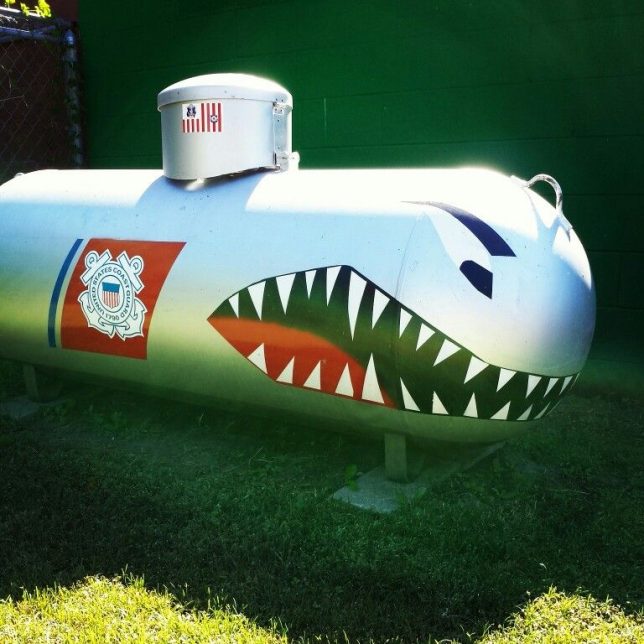 Pinterest member Steve sez, “My propane tank was boring. My shark tank rocks.” Not to mention, the USCG flag on the side makes it even tougher. Combine the Coast Guard theme, the toothy Flying Tigers mouth, and the fact that this IS a “tank”, and you’ve got three of the Armed Services represented. Let the war games begin! 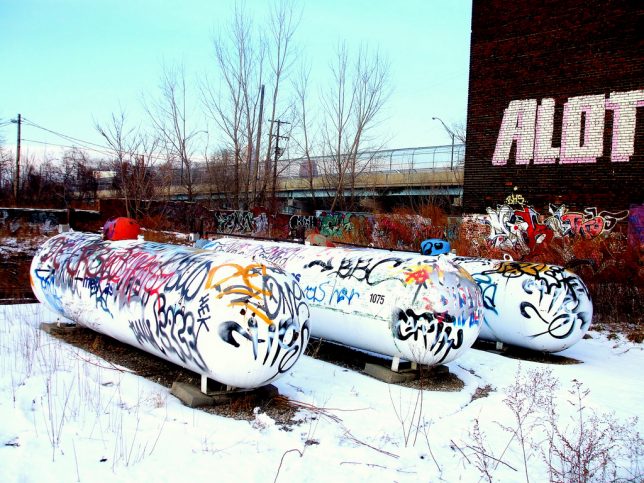 “No surface can escape the mark of the tagger,” states Flickr member mbmatt356, and he’s not wrong… unless said surface has already been painted with so-called “prior art”. Leave your big-ass propane tanks out in public wearing nothing but blank white coats and you get… this. Not that heavily-tagged surfaces don’t have their own peculiar appeal, mind you, it’s just that art – even under-appreciated Folk Art – can strike a deeper chord even when the medium is as mundane as a propane tank.