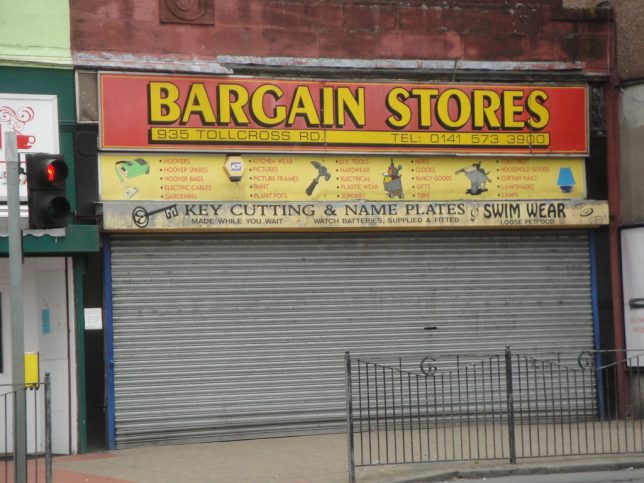 One would think key cutting would demand a higher level of expertise, security and discretion considering the keys you’re entrusting to be cut unlock the place where your worldly possessions and family members call home. You might find those virtues at Bargain Stores in Tollcross, Glasgow, Scotland but we wouldn’t bet on it – even if the shop is still actually open. 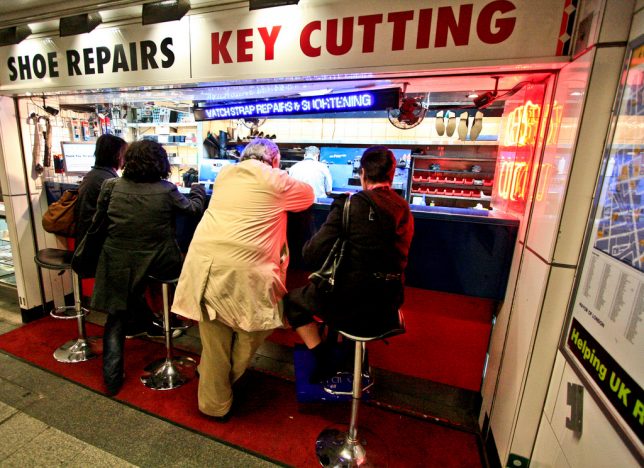 Convenience is as convenience does, and what could be more convenient than a combination shoe repair, key cutting and watchband shortening kiosk… wait, what? A closer look confirms it: watchband repairs & shortening. We’re guessing the kiosk down the street offers watchband lengthening. Flickr member Sergey Ipolitov (Sergey Tzar) snapped this very er, watchable scene in November of 2009. 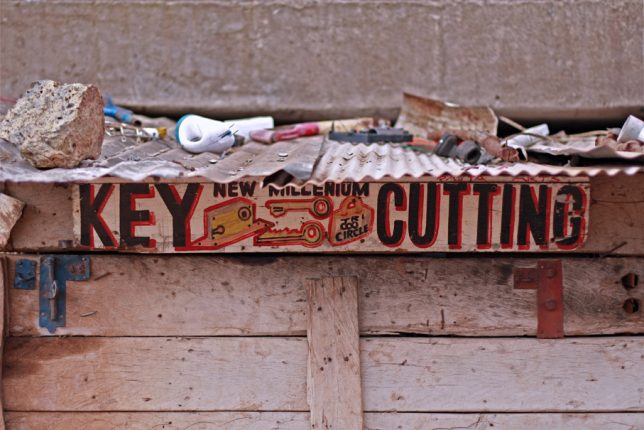 Considering the endemic gang violence that permeates the notorious Mathare slum in Nairobi, Kenya, the mere concept of locked doors seems superfluous. Nevertheless, retail life, uh, finds a way and the sign above is vivid proof. Flickr member Meena Kadri (Meanest Indian) snapped the sign from New Millenium Key Cutting along with a nifty assortment of local debris resting on the corrugated sheet metal roof – or maybe, holding it down. 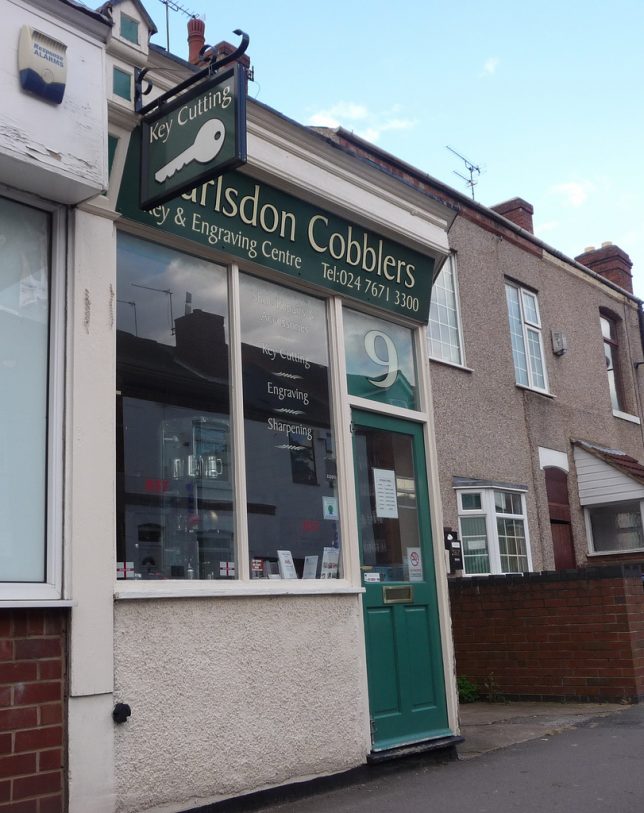 Cobblers, unfortunately, don’t sell peach pies so don’t go there if you’re hankering for one. If your shoes need a fixin’ or your keys require cutting, on the other hand, you’ve found the right place! Is it weird that shoe repair and key cutting services are often offered by the same shops on either side of the Atlantic? Guess not, since it’s happened time and time again. Flickr member Ian (Ian Halsey) captured the front facade of Earlsdon Cobblers from Coventry in July of 2010. 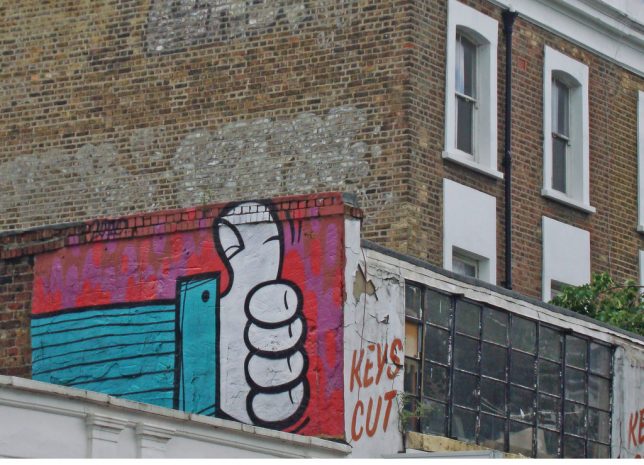 This is a stick-out! Thumbs up to whomever painted this sign, which might have nothing at all to do with what might be an abandoned key cutting shop in Kentish Town, northwest London. Flickr member JudyGr immortalized the scene back in July of 2013. We’d say she… nailed it!