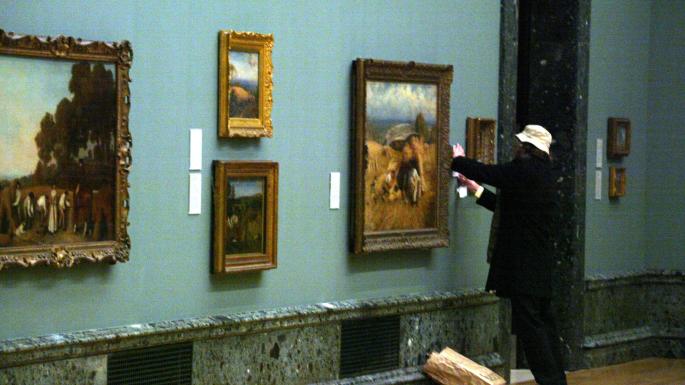 In the early 2000s, Banksy famously hung one of his own works at London’s famous Tate Britain museum, and now, 15 years later, a Toronto artist has pulled off a similar guerrilla trick, this time targeting an exhibition of Banksy’s own work in Canada. 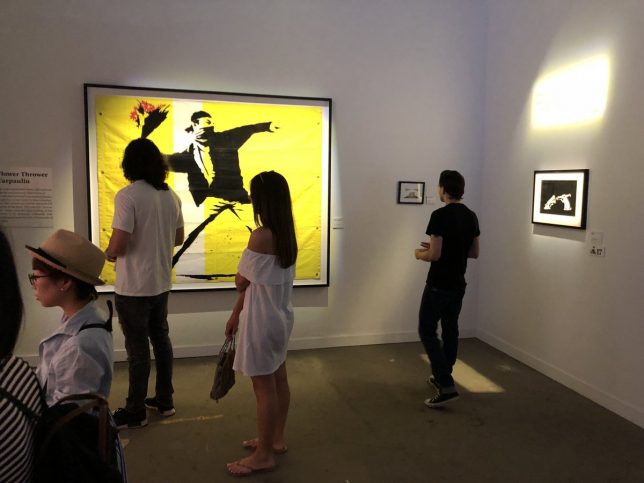 Tharanga Ramanayake‘s piece involves a Banksy-worthy critique of the art world, objecting to admission fees charged to see street art, which is typically public and accessible by nature. 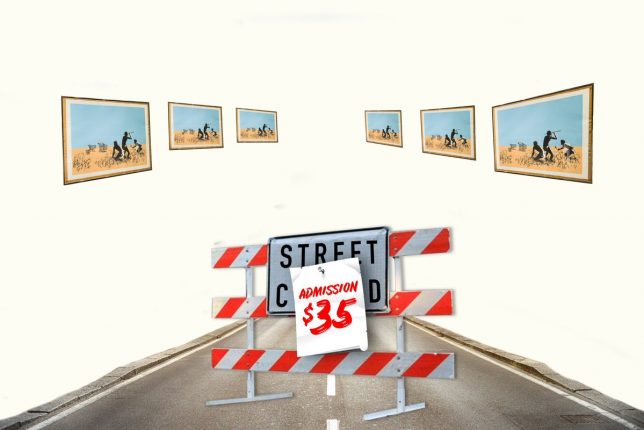 The meta-commentary comes through in layers, with art on walls lining a street within the canvas of the piece itself. Street art, the artist believes, should be free, which his piece Free-For-All highlights. 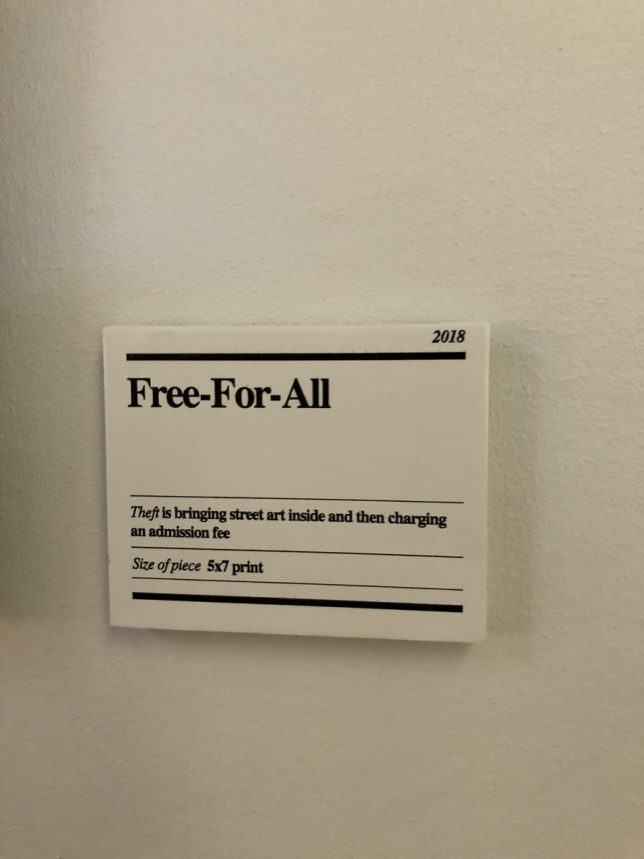 “Theft,” reads the plaque, “is bringing street art inside and then charging an admission fee.” Ramanayake’s art used a sketch of Trolley Hunters, a Banksy work that was stolen last month before the exhibit opened to the public. 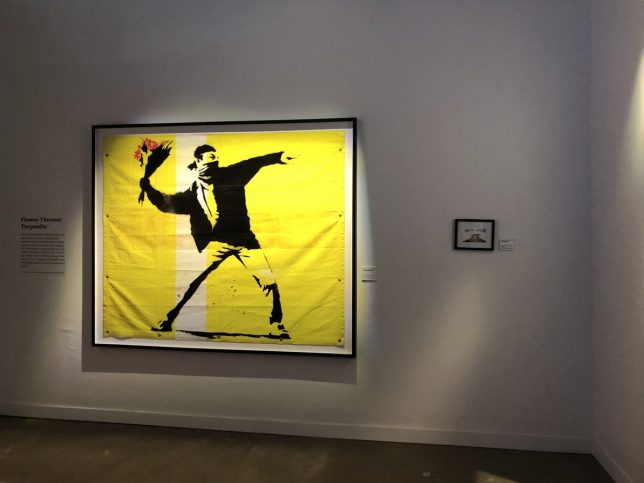 The new art was hung alongside a print of Rage, The Flower Thrower, one of Banky’s most famous works. It was taken down after security was alerted, but no charges were pursued and the artwork was returned to its creator. The exhibitors also noted that the art on the walls wasn’t really street art, in their view, but prints of public pieces, which would be sold in part to fund further public installations.