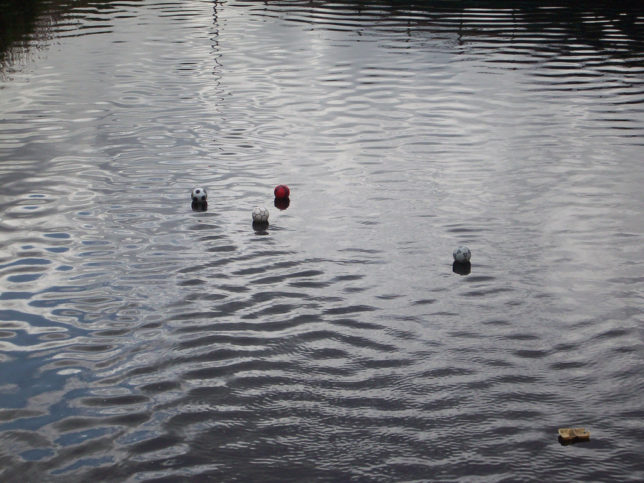 Imagine the disappointment and heartache of losing a soccer ball… now multiply the pain by four! Seriously, how do you shank a quartet of balls into the river, apparently one after the other in quick succession? The chances of the kicker being invited onto a team after this debacle are, say, zero out of four. Flickr member Andy Wilkes captured this sorry squadron of seaworthy soccer balls (plus the bonus fast-food container at lower right) sailing down the River Lea in East London on May 19th of 2009. 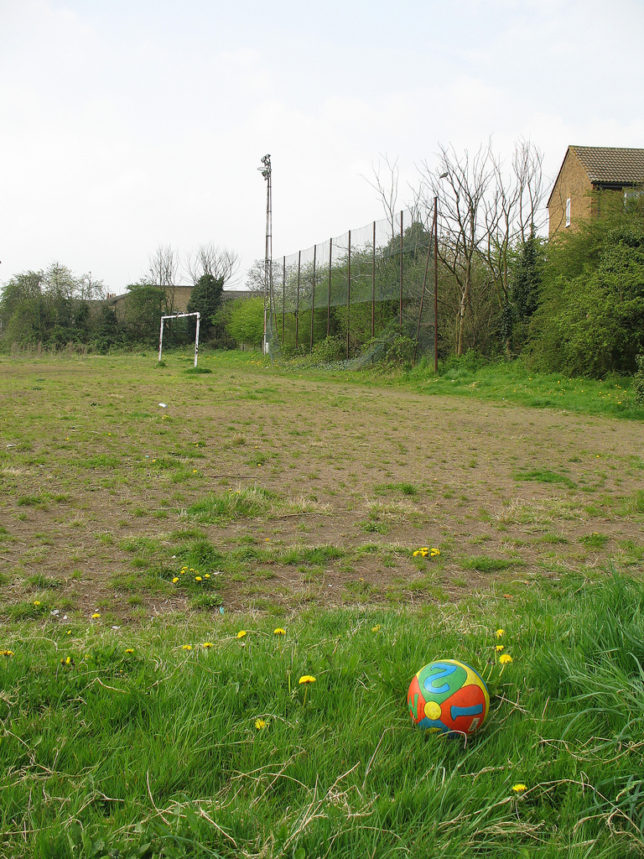 You’re never too young to play soccer or lose a ball but lose a ball and you won’t be playing any soccer. Live and learn, young sportsmen and sportswomen, and while you’re at it try to keep the ball inside the fence. Flickr member Martin Addison (2E0MCA) snapped this sad scene in East Finchley, London, back in April of 2006. 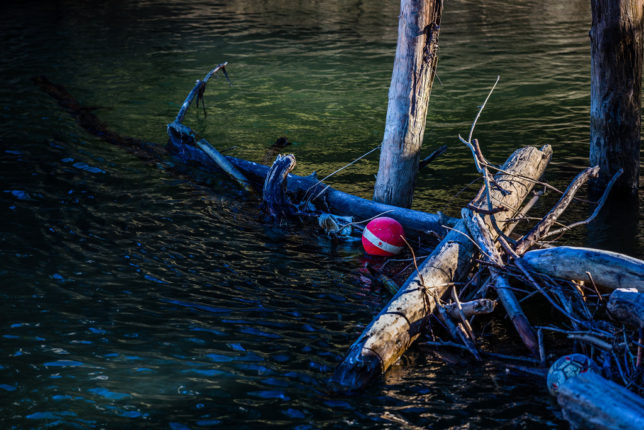 Beavers 2, Humans 0… assuming those toothy rodents built the above ball-catching dam. Hmm, any relation to Charlie Brown’s nemesis, the Kite-Eating Tree? In any case, this pair of pumped-up playmakers hail from Unterbergen, Carinthia, Austria, the homeland of Ah-nold himself and no place for girly-men. Flickr member ::ErWin photo-documented this evocative example of “ballverlust” (ball loss) in late December of 2014. 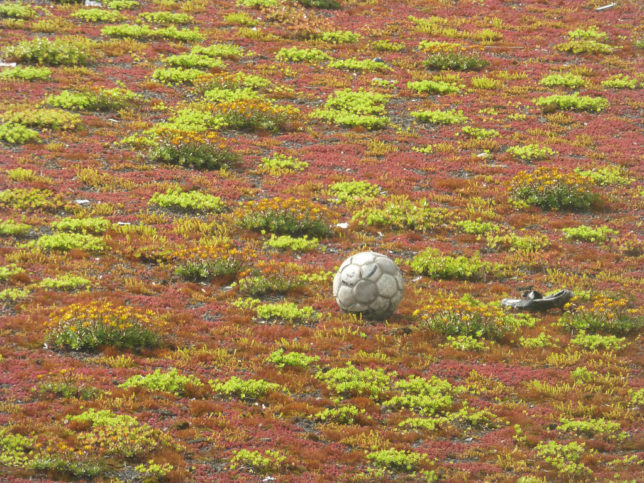 “Mr Gorbachev, tear down this ball… er, wall!” Whatever: what happens in Berlin, stays in Berlin, including this still spherical yet woefully weathered football. 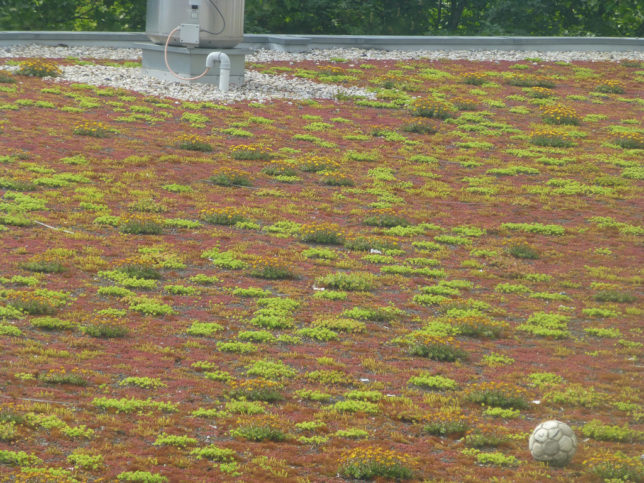 Flickr member Mike Linksvayer (mlinksva) came across this somewhat otherworldly scene just off the Prinzenstrasse in May of 2013, roughly 20 years after demolition of the Berlin Wall. At least one “goal” was achieved so it’s got that going for it, which is nice. 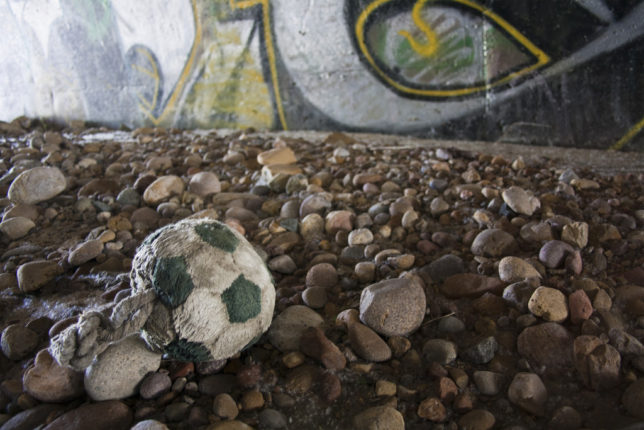 Here’s “a decaying plush soccer ball that I found while exploring a freeway underpass,” as described by Flickr member aaron nunez (anunez619). The photographer doesn’t mention any other discoveries made during his underpass explorations, not that anyone really wants to know. 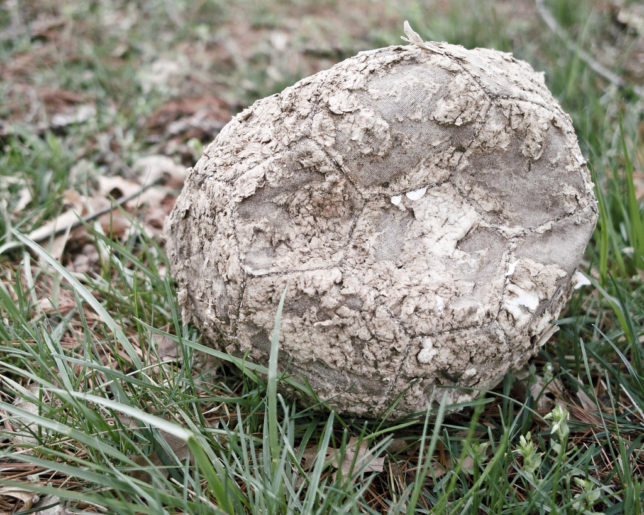 It’s said that time heals all wounds though there are exceptions to the rule, such as the above time-worn soccer ball from Nolte Park in Silver Spring, Maryland. Flickr member bri hefele captured the flaky semi-deflated futbal in May of 2010 though it’s uncertain how many years – calendar years, btw – the benighted bleached ball had been moldering away amidst the vegetated scrub. Goes to show you: even The Beautiful Game has its ugly side, and on the other side of thrilling victory there lurks the agony of defeat.