There are few things more poignant than a lost soccer ball, as illustrated by both a charitable Lost Footballs calendar and these 12 emotion-laden examples. 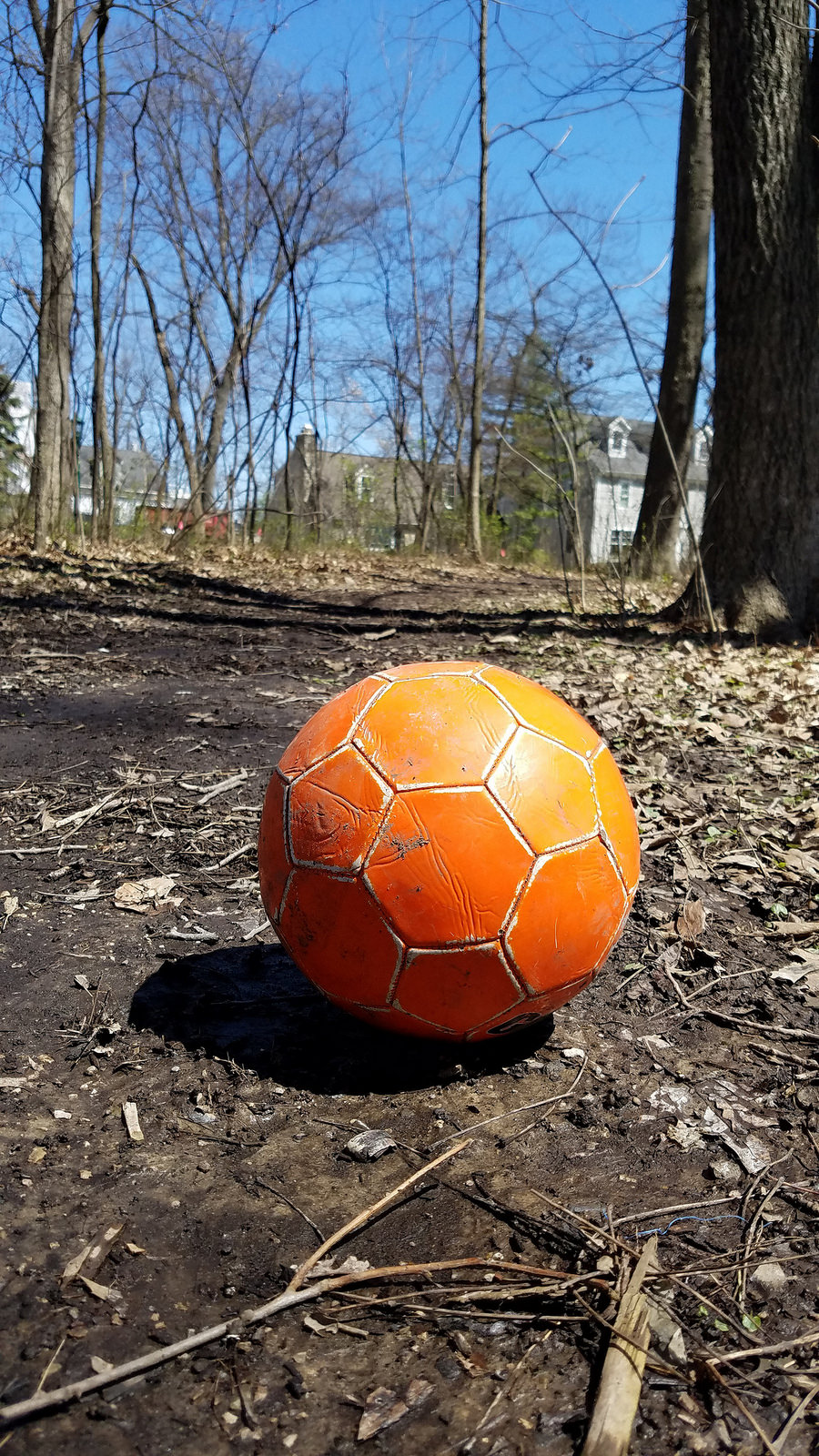 “Ever lost a ball down the park, into a river or onto a busy road? It’s upsetting,” states the Brit-typically understated copy at the Stadiumhoppers site. Since losing the ball pretty much means Game Over, “upsetting” would be putting it mildly to say the least. 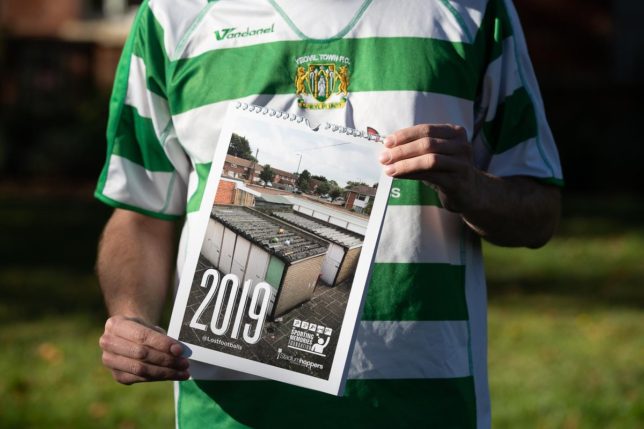 While the evocative 2019 Lost Footballs calendar (in aid of the Sporting Memories Foundation) features a dozen photographic depictions of misplace-kicked soccer balls, we thought there must at least a dozen more examples of aching athletic angst out there… and we were right! 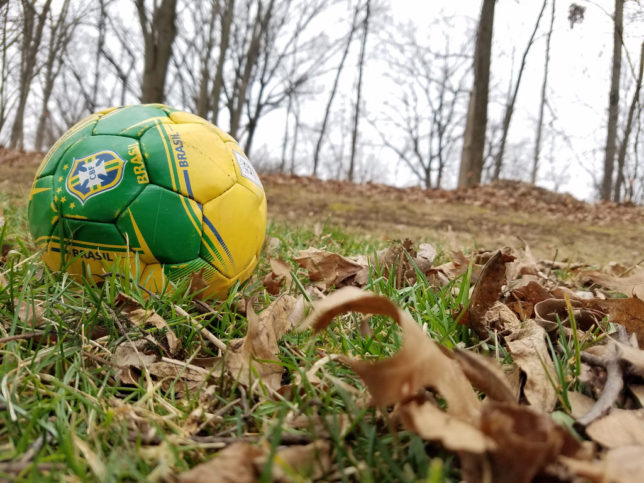 Our lead images of an unaccountably (“High Visibility” Orange much?) unaccounted-for soccer ball plus the bonus brightly-colored Brazil-emblazoned ball just above both hail from Cardiff Woods Park in Upper Arlington, Ohio. Flickr member Dan Keck captured the oddly optically-elusive orbs in April of 2018 and February of 2017, respectively. By the way, if you’ve lost a soccer ball in the Upper Arlington area, contact Dan Keck – he’s got a knack for finding ’em. 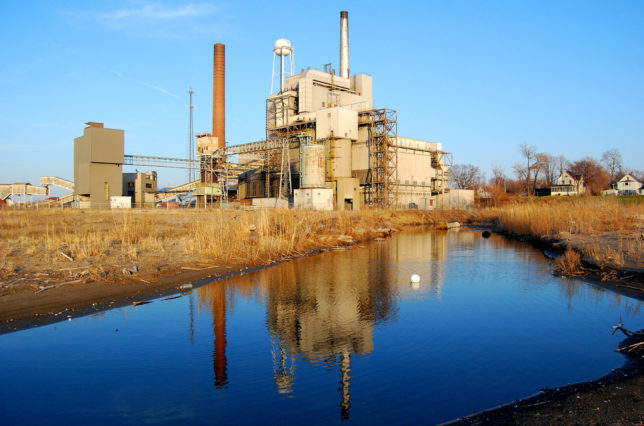 If a booted ball ends up in, say, Clearwater Creek you’d leap in to retrieve it without a care in the world. Then there’s this free-floating futbal, benignly bobbing away in… Booger Creek. Oh yeah, that ball is gone like the ex-girlfriend who is never coming back, or as Yankees YES Network broadcaster Michael Kay might put it, “SEE YA!” Flickr member Rona Proudfoot (ronnie44052) snapped the now-untouchable sphere near Harmon’s Beach in Lorain, Ohio, in April of 2008. 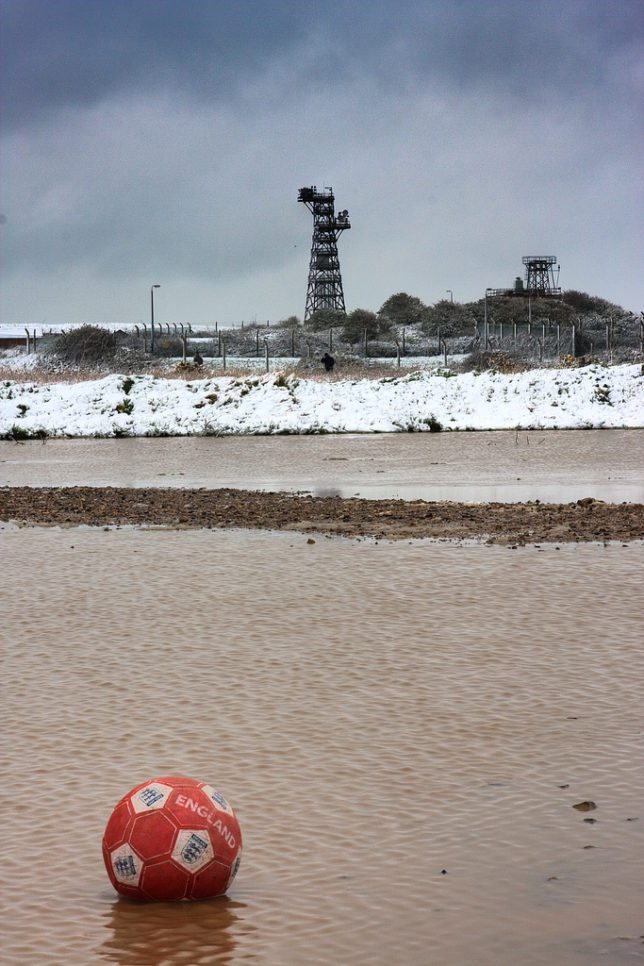 Back we go to merry olde England where things are looking decidedly LESS merry. Flickr member Des Morris (Mr Mo-Fo) was seemingly struck by the enduring pathos of an English National Football Team “Three Lions” ball abandoned in a deep muddy puddle near Eastney, Portsmouth. Looks like Beckham bent it a bit too far. 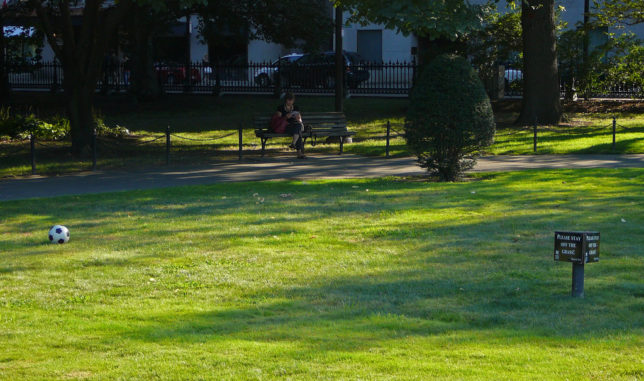 Off to Boston, the “City of Champions” where the Patriots, Red Sox, Bruins and… the New England Revolution (had to look that one up) go for the glory, cheered on by huge crowds of fanatical fans. OK, three out of four ain’t bad and surely someday the Revs will hoist the coveted MLS Cup. In the meantime, practice makes perfect – just don’t do it in the downtown Boston park above… DOH! Flickr member Paul L Dineen snapped this sign-trolling soccer scofflaw in August of 2006. 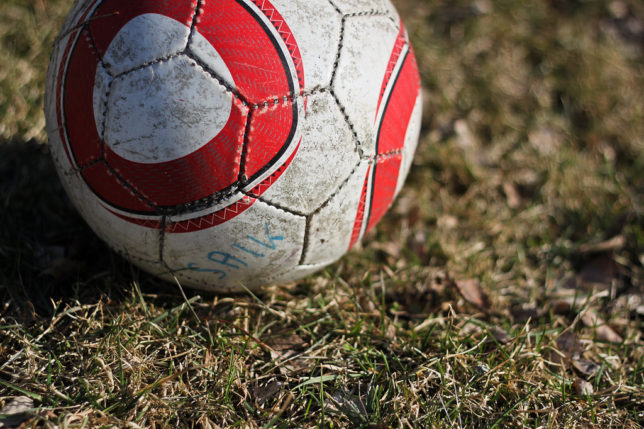 “Found this abandoned football on a walk. Yeah.” So stated Flickr member Denis Dervisevic in a rather laconic tone back in March of 2012. The photographer encountered the still-serviceable sphere in Skovde, a town of about 35,000 in south-central Sweden’s province of Vastra Gotaland. One might say, it was forgotten in Gotland.