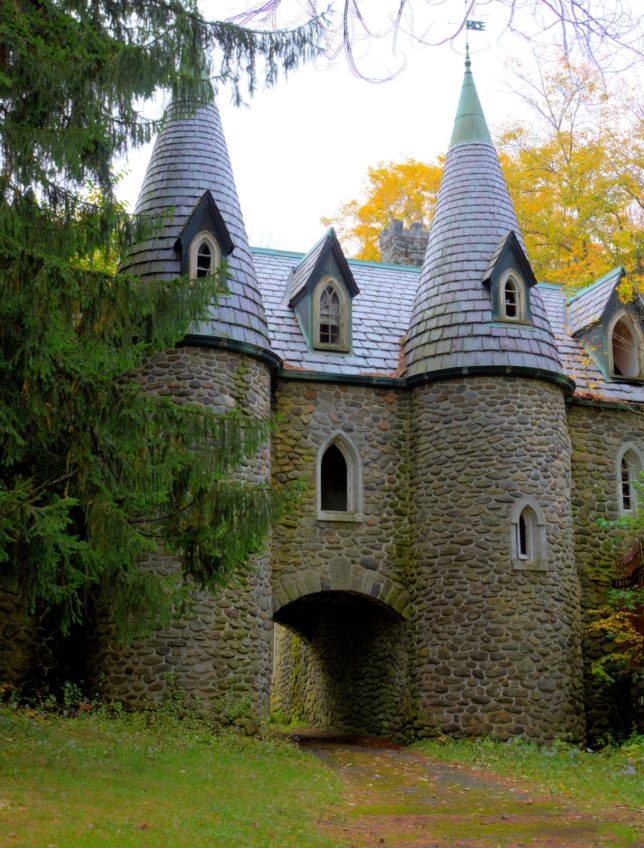 Unoccupied and unsold by the erstwhile curators of the Dundas family’s various estates, Dundas Castle sat abandoned through the Great Depression and the Second World War. In 1949 a consortium of African-American masons bought the 36-room moldering pile for the then-grand sum of $47,500. They may have made the purchase as an investment: the building today shows little if any sign of habitation with brickwork in the many fireplaces unsullied by soot. 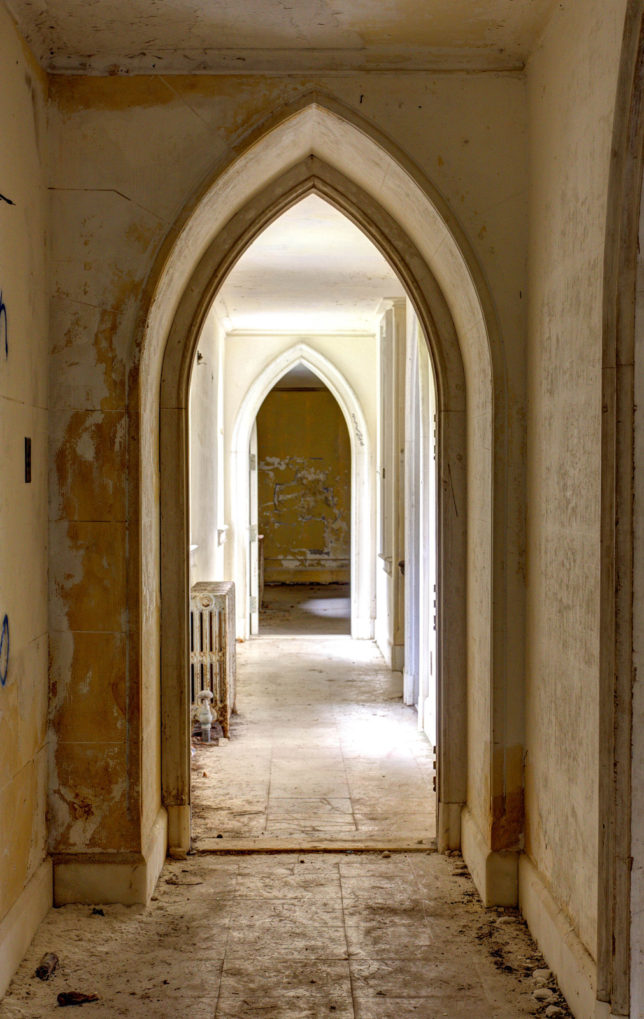 Had the investors heard about Dundas Castle’s unfortunate history? They must have been aware – news spreads fast in Roscoe (pop. 541 in 2010), the nearest settlement of any size. The area’s relative isolation may have also served to dissuade potential buyers. New York State Route 17 saw initial construction begin in 1924 but the final section near Roscoe was one of the last to be completed, many decades later. 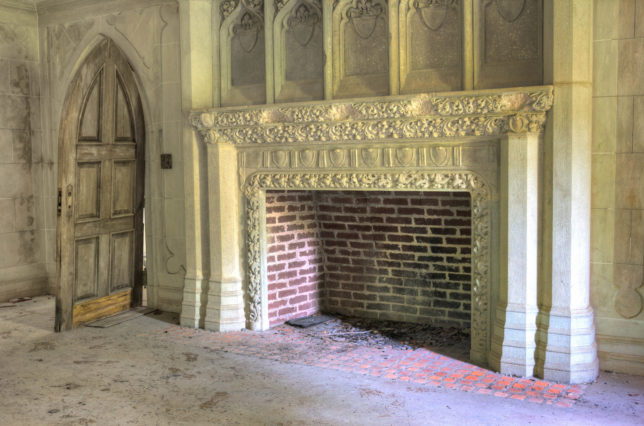 These days, Dundas Castle is gently deteriorating in splendid fashion, as photo-documented here by Joel Handwerk of Lithium Photo. “Getting to this castle involves walking up a steep incline through a pine forest,” relates the photographer. “Upon reaching the top, you are greeted with a frontal view of the castle that is like something from another world. There is no evidence of modern construction from the outside of the castle. Just a dirt road, stone structures, and pine trees.” 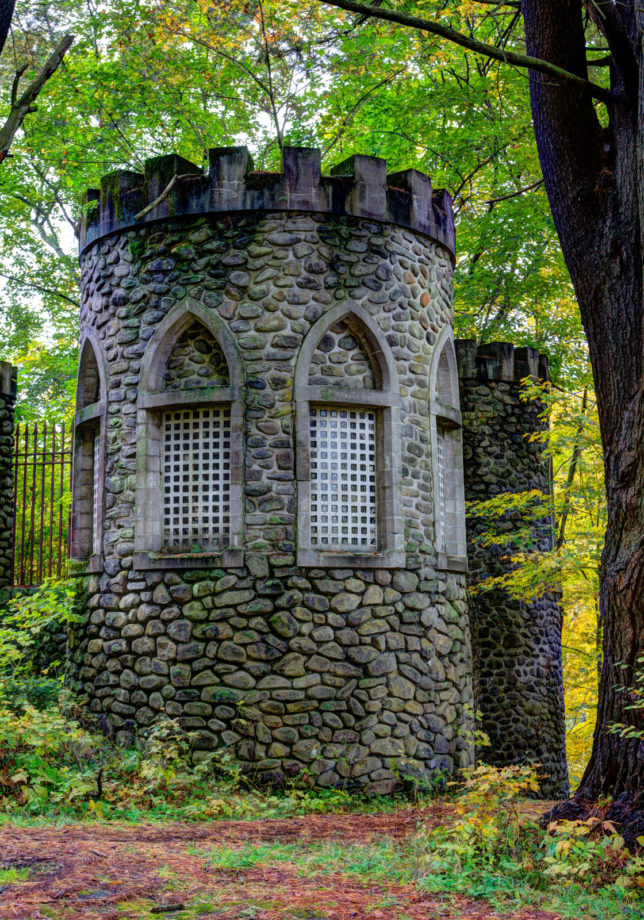 “Following the dirt path takes you to the interior courtyard, complete with a high stone wall,” adds Handwerk. “As you enter the castle, you find some modern features that reveal the 20th Century build. Steam radiators, electric switches, and bathroom fixtures somewhat dilute the ancient exterior façade but many of the interior design choices seek to pay tribute to medieval styles.” 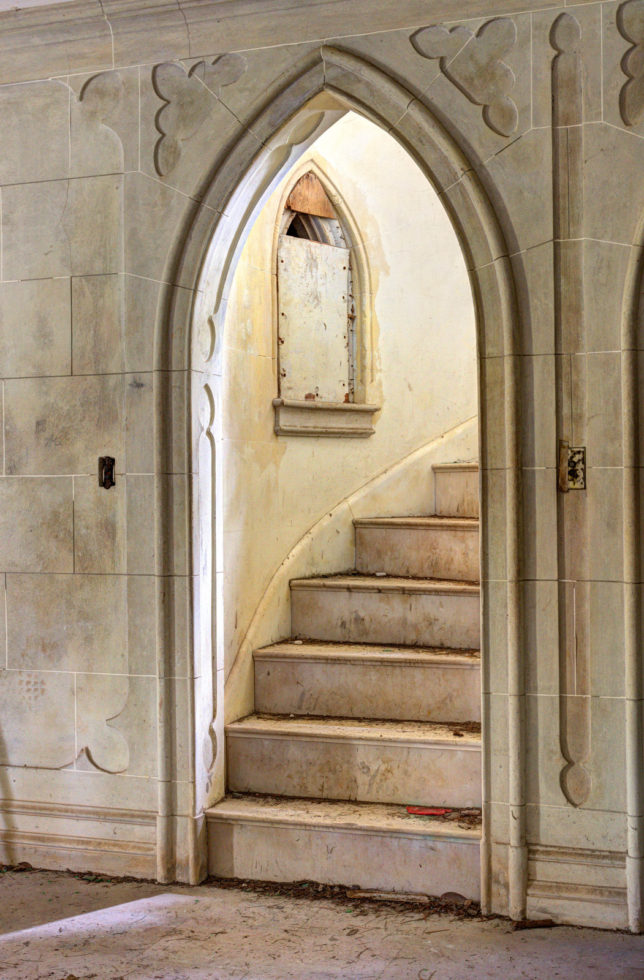 “Besides some graffiti tags, the building is mostly original, and hopefully will someday be restored by a new owner,” concludes Handwerk. That may be wishful thinking on the photographer’s part: the glory days of the Catskills as a “Borscht Belt” resort destination have long since passed. Handwerk refers to the complex as “Ravenloft Castle” in his posted photoshoot, by the way, likely due to concerns over revealing its identity and location to those who may not appreciate its beauty and historical significance. Although we salute his concern, our research has shown the castle to be well-known. 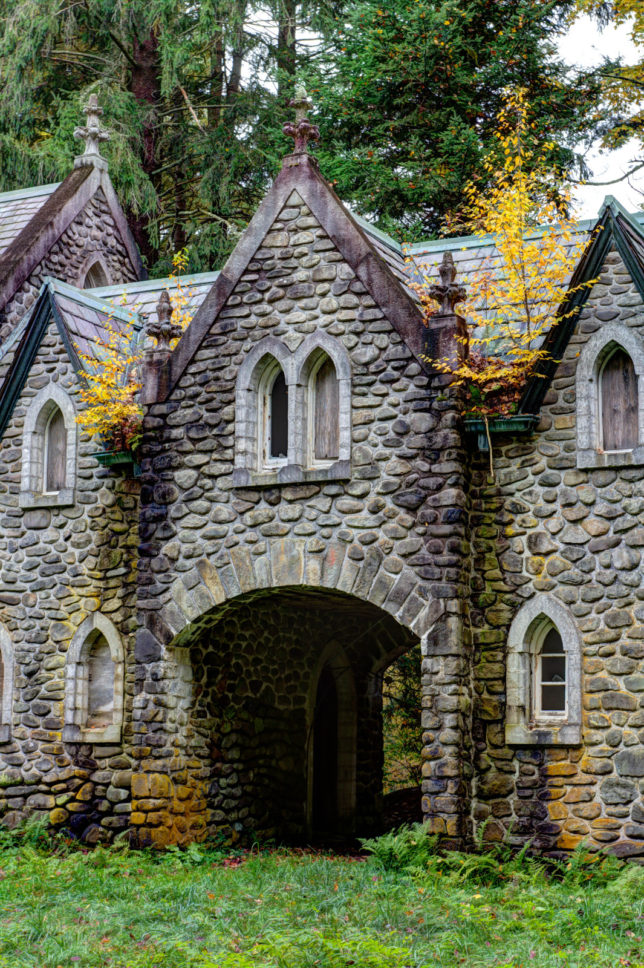 Ralph Dundas’ majestic vision of Scottish lairdship continues to resonate through the somewhat stereotypical medieval features of the fantastic dream castle that bears his family name, unbesmirched by that scruffy “lived-in look”. Credit and kudos to Joel Handwerk for his evocative images, and a tip ‘o the cap to those imported Finnish masons for constructing a castle not only OF the ages, but FOR the ages.