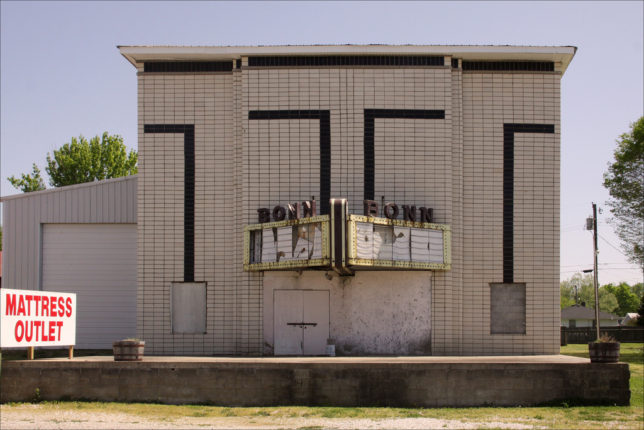 Sometimes understatement is the best statement – said no ad-man, ever. One must be over-the-top theatrical to get noticed in today’s shrill mattress-flogging environment, right? The blandly-named “Mattress Outlet” above manages to be both understated AND theatrical at the same time, the latter by virtue of occupying the abandoned Bonn Theater and setting up the world’s blandest sign outside. 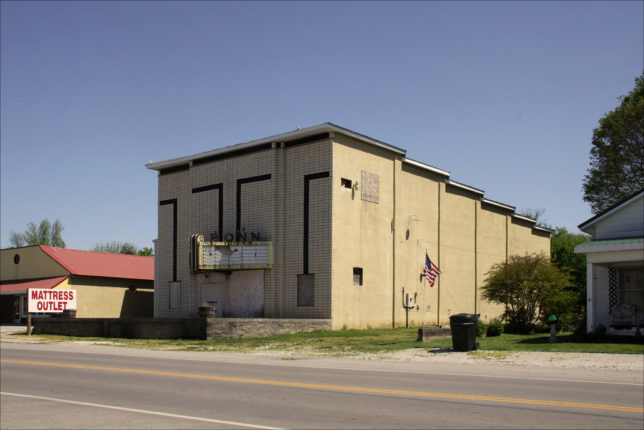 That Bonnieville, Kentucky (pop.: 262) even HAD a movie theater is somewhat surprising; that it’s been abandoned, not so much. At least now the infamous speed trap just off Route 31W can boast not just a mattress shop, but a Mattress Outlet. Credit Flickr member Kentucky Photo File with the images above, snapped in April of 2012. Hope they weren’t ticketed driving into, through, and/or out of Bonnieville. 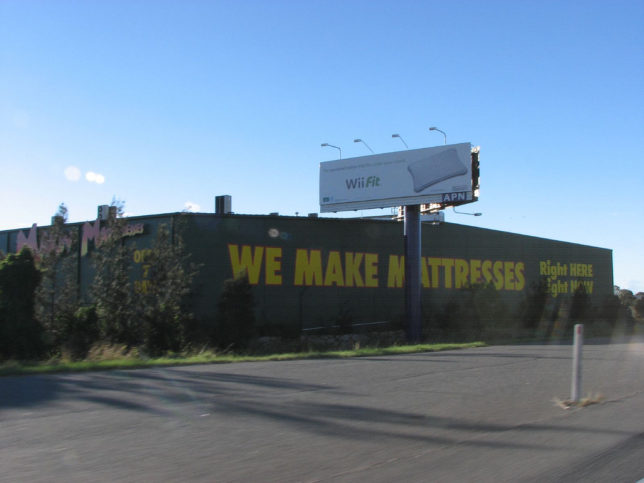 Right here, right now, RIGHT ON! Margins are razor-thin in the mattress biz so give We Make Mattresses credit for saving big bucks on a sign – their factory IS the sign. Pity about the intrusive Wii Fit billboard but hey, the no-sign savings are being passed on to their customers (we assume). In any case, the real question to be asked is… does it really matter if my mattress is made “fresh” on-site, like bread? Flickr member Rob and Stephanie Levy snapped the proud Brisbane, Australia firm in April of 2008. 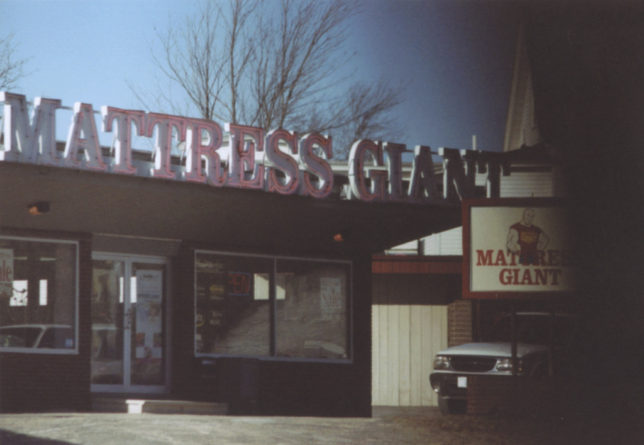 It’s great to have a huge name but you’ve gotta be able to back it up. We’re talking to you, Mattress “Giant” of Rochester, New Hampshire. Delusions of naming grandeur aside, the sign is actually bigger than the store. Flickr member Jim Hickcox snapped the Scrappy-Doo of mattress stores on expired film back in April of 2006. 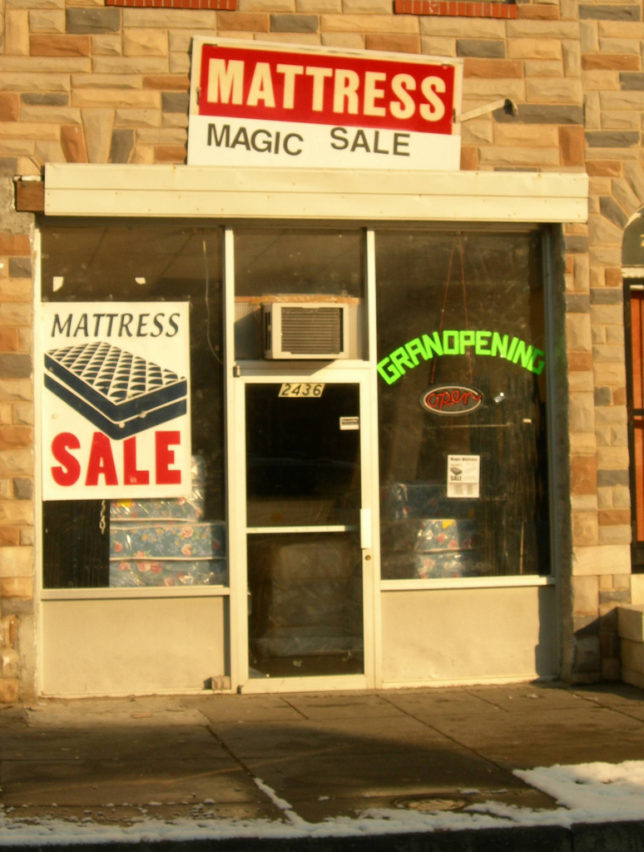 Yeah, it’s gonna take a little “magic” (and a lotta elbow grease) to get a purchased mattress out the front door of this Baltimore, Maryland mattress shop. As for “GRANOPENING”, we did that earlier today filling a breakfast bowl with some newly bought high-fiber cereal. Flickr member Jennifer Grimes stopped to snap the shop and its quirky home-made signage in early 2010.

The Agony of Deflate 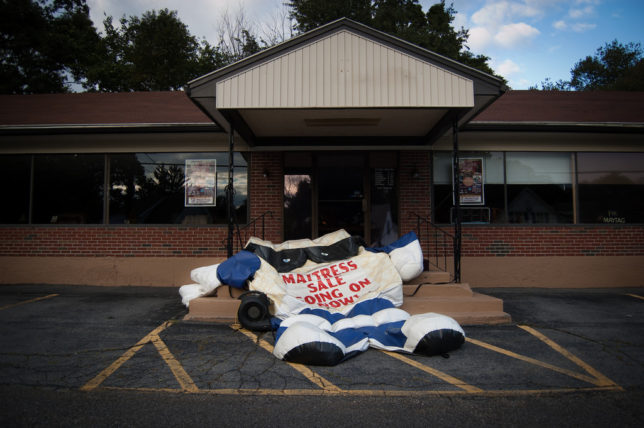 Mascot Deflation… it’s a silent (well, mostly) killer, and it’s just claimed another victim. Flickr member imcallahan captured the above scene of sad flaccidity in September of 2010, location unstated. The lesson to be learned here is – no, not “get a tube man” – when the going gets tough, the tough get going and when the “mattress sale going on now” has gone, so goes the air from your cheesy masked mattress-man mascot… and you can sleep on that.