Despite the fact that wood has been in use as a primary building material for millennia, it’s being hailed as the material of the future. Who says you can’t teach an old dog new tricks?

Wooden architecture is most often associated with cabins and other rustic styles, but that perception is increasingly out of date. Recent innovations are producing wood that’s capable of standing in for more environmentally harmful materials like plastic, steel, concrete and even glass. It might seem like increasing demand for wood could deplete forests more rapidly than ever, contributing to the climate crisis, but the key to sustainability lies in preserving large tracts of old growth forest while also maintaining well-managed working forests using modern methods that protect biodiversity. 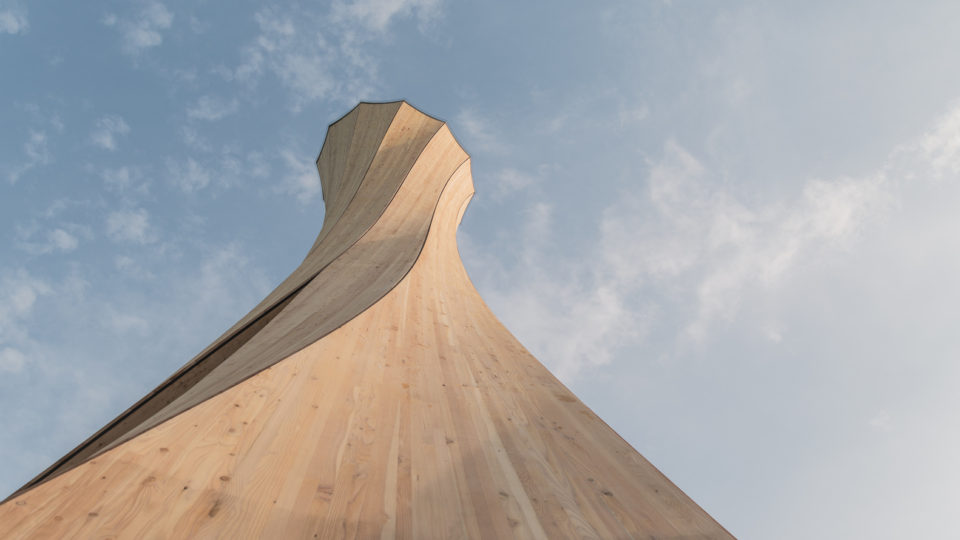 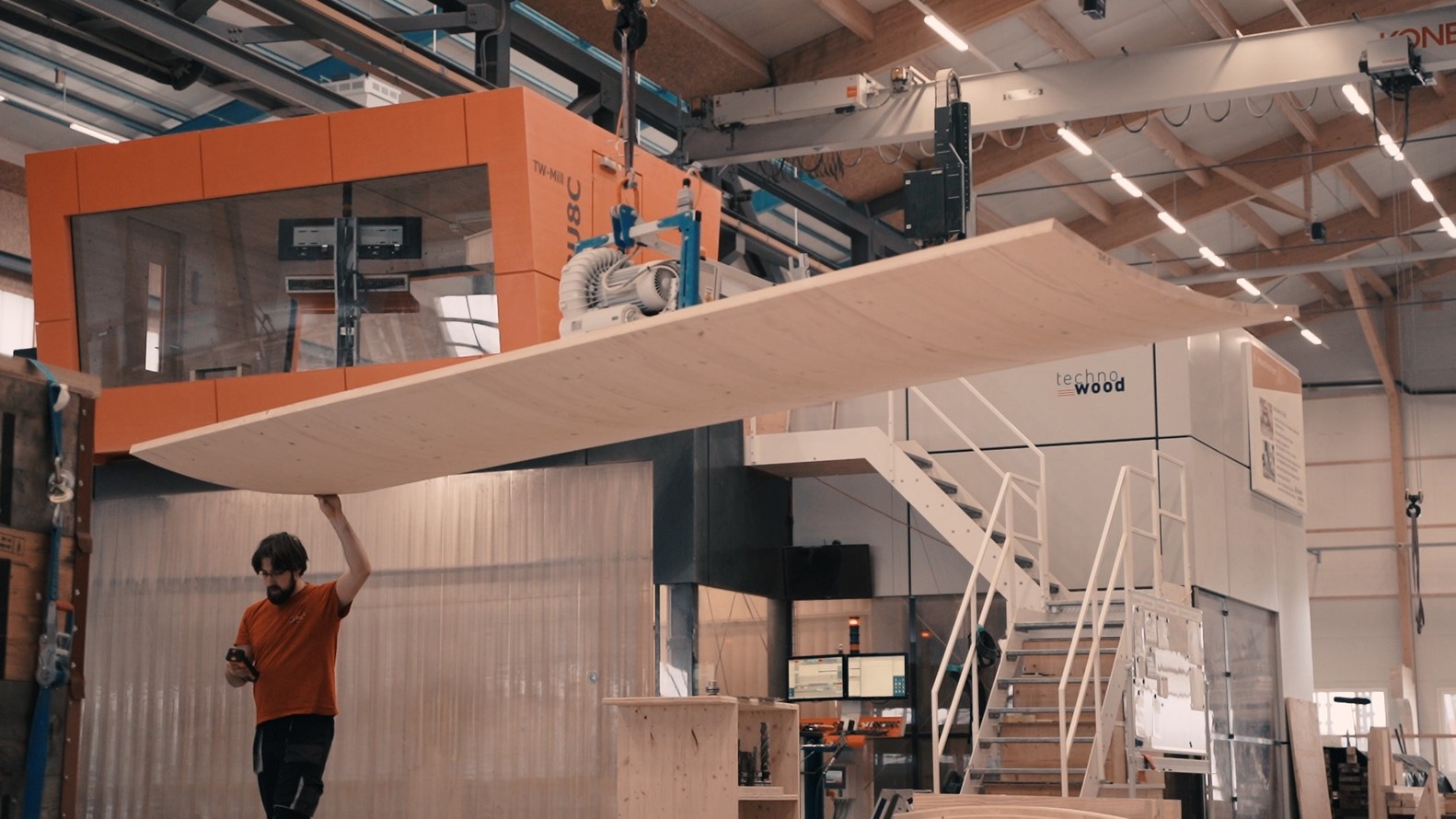 Wood may seem relatively inflexible when it comes to architecture, but it doesn’t have to be. Researchers at the University of Stuttgart’s Institute for Computational Design and Construction have found a way to create bending, twisting wooden structures in a process that actually makes the wood stronger than ever. But the best part is, unlike mechanical forming processes that require heavy machinery, this technique requires very little energy. “Urbach Tower” is the result of these efforts, a “shelf-shaping” 46-foot-tall tower in Germany.

The components for the tower were designed and manufactured in a flat state, and once they were assembled, the wood was allowed to go through its natural drying and shrinking process, warping it into a shape of its own creation. 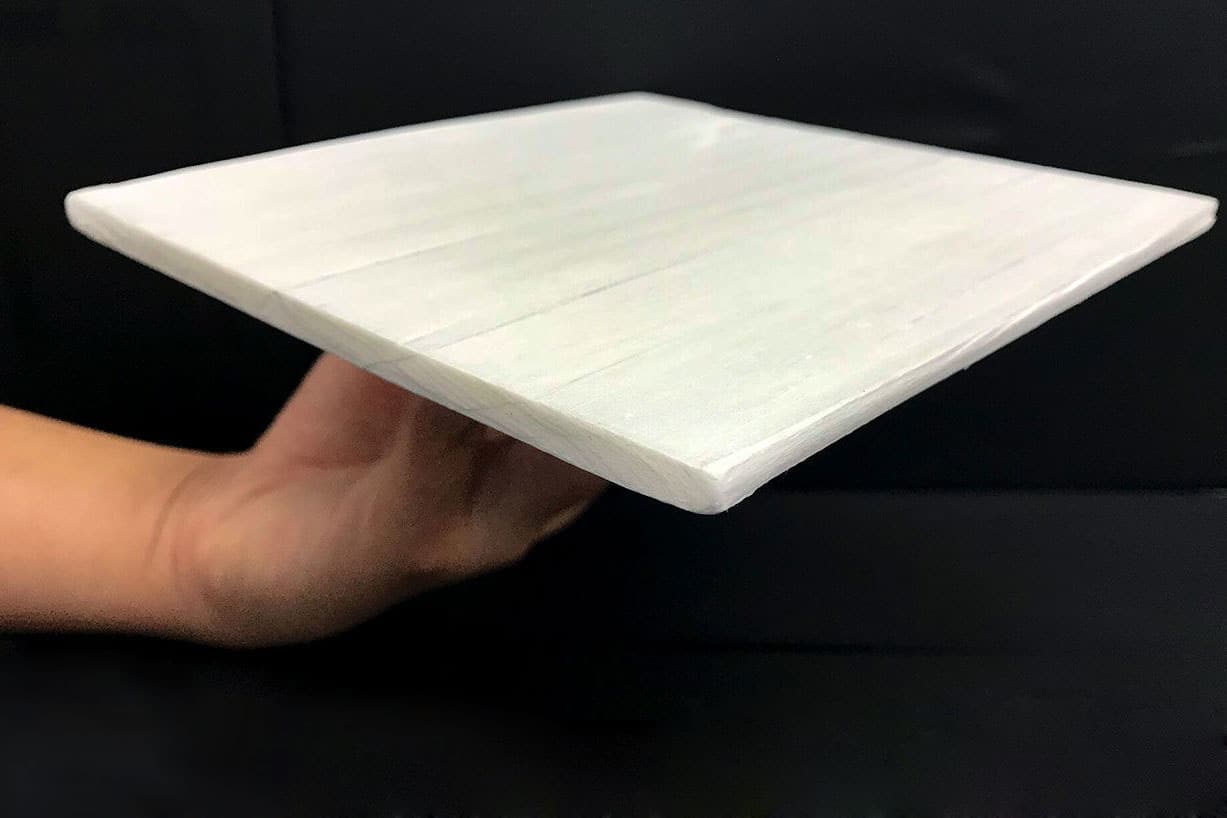 A new type of wood developed by a team at the University of Maryland and the University of Colorado Boulder is capable of passively shedding heat, reflecting sunlight and warmth to lower a building’s electricity consumption. It’s created by removing a natural polymer called lignin, which holds together the molecules of wood’s other main component, cellulose. Then the wood is compressed to create a strong, pale material made up solely of cellulose fiber, and a hydrophobic compound is added to make it water-resistant. Since lignin absorbs heat, its removal gives the resulting material a cooling effect.

Not only have those same scientists at the University of Maryland created cooling wood, they’ve found a way to make bulletproof wood through densification, which also makes it resistant to fire. The team led by Liangbing Hu first chemically treated the timber with sodium hydroxide and sodium sulfite to partially remove its lignin, then hot-pressed it to create a dense, laminated material free of the air changes that increase flammability. When burnt, the modified wood doesn’t catch fire; instead, it becomes even more fireproof by forming an insulating exterior layer of char. 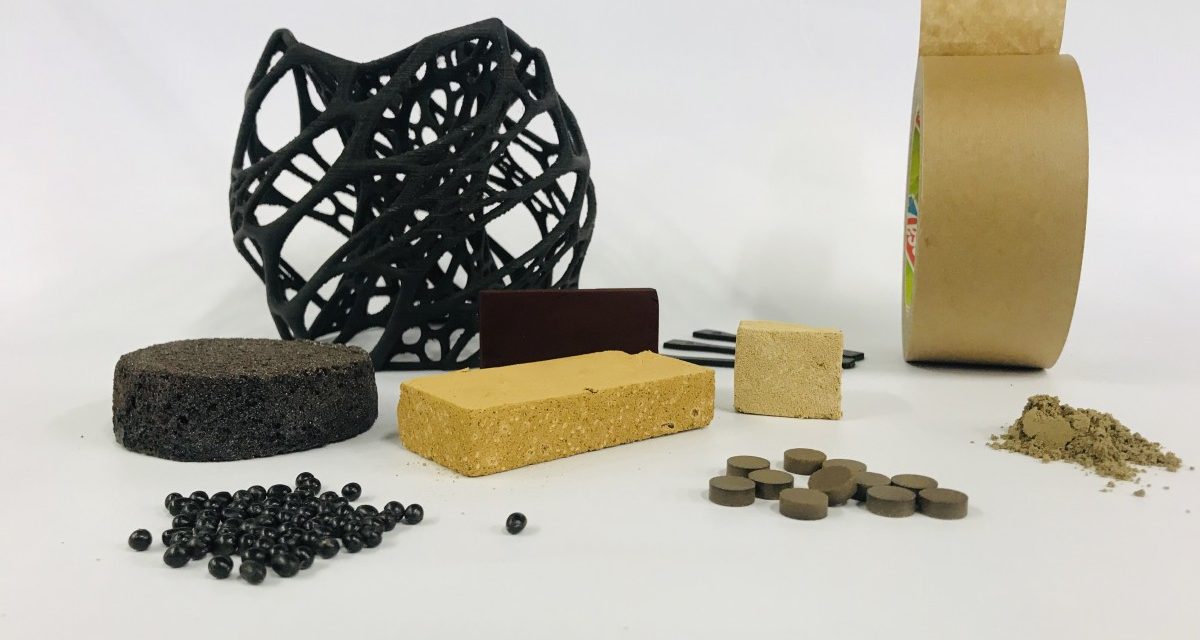 We don’t have to give up the convenience and versatility of plastic in order to curb rampant pollution. We just have to make it out of different materials. Previously, we’ve seen plastic alternatives made of edible algae, the skeletons of arthropods like shrimp, milk proteins and mushrooms. But wood is another contender. Developed by a research group at the Technical University of Hamburg, “lignopure” is a lignin-based plastic that’s completely non-toxic and biodegradable. The lignin is released using a high-pressure process requiring only CO2, water and enzymes, producing a flexible material that can be molded, 3D printed and formed into thin layers for use as tape and packaging. 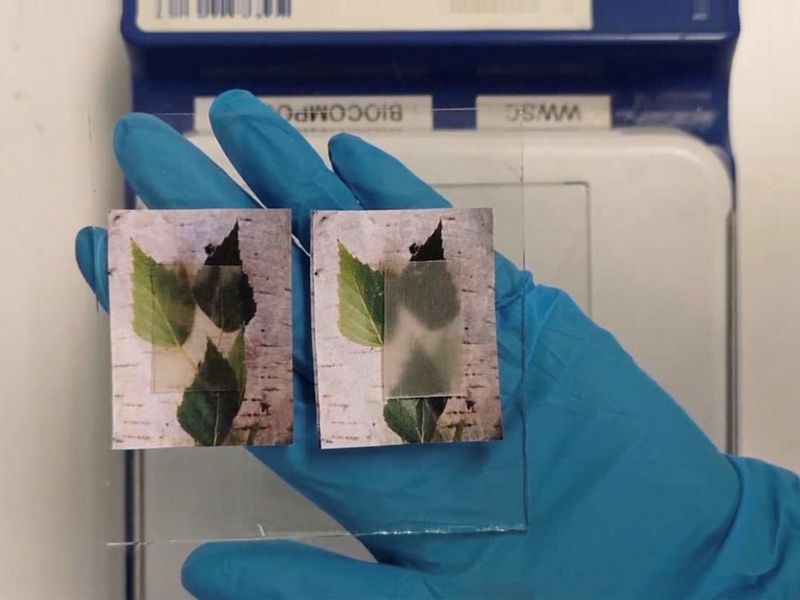 Someday soon, wood could even replace glass. Researchers at the KTH Royal Institute of Technology in Stockholm chemically modified wood to make it transparent without losing its mechanical properties – again, by removing the lignin. The team filled the resulting micros coping holes with acrylic to produce a translucent piece of wood with a frosted effect. Then, mixing it with polyethylene glycol, a “phase-change material” that melts at 80 degrees Fahrenheit, they make it fully transparent and capable of releasing energy when cooled, producing a clear “pane” of wood that can absorb energy during the hottest hours of the day and release it at night when it gets chilly. 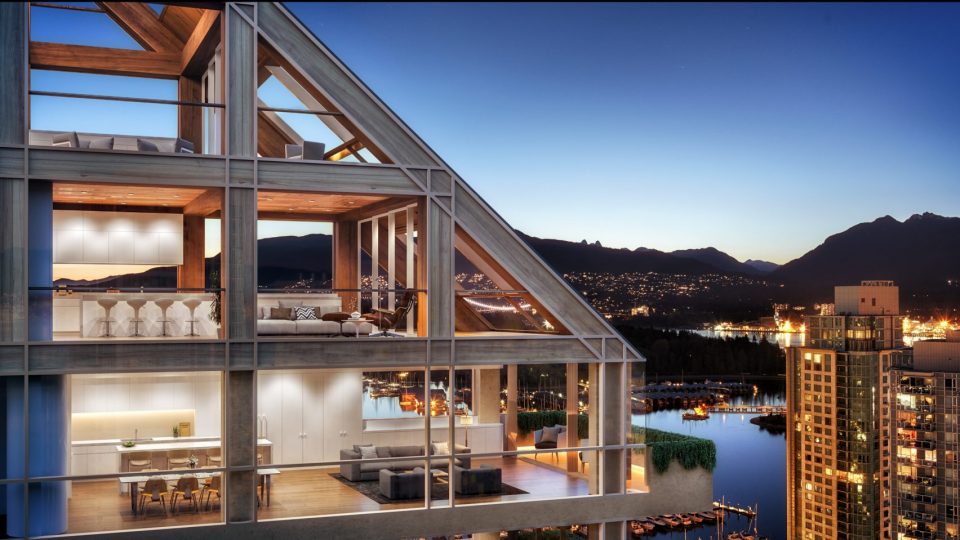 Now that studies have proven the strength and fire-resistance of cross-laminated timber (CLT), building codes around the world are relaxing to enable the construction of super-tall timber towers. So many of these wooden wonders are under construction, it’s hard to keep track of them all, each vying for the title of “world’s tallest wooden building.”

CLT is an engineered material created by stacking and gluing small pieces of structural lumber, with each layer perpendicular to the one below it. The result is so durable, it’s seen as a viable alternative to steel and concrete, while being competitive in price and far less energy-intensive to manufacture. It’s also a lot more fire-resistant than timber in its natural state. All of these qualities point to the possibility of increasingly wood-filled cities in the near future. 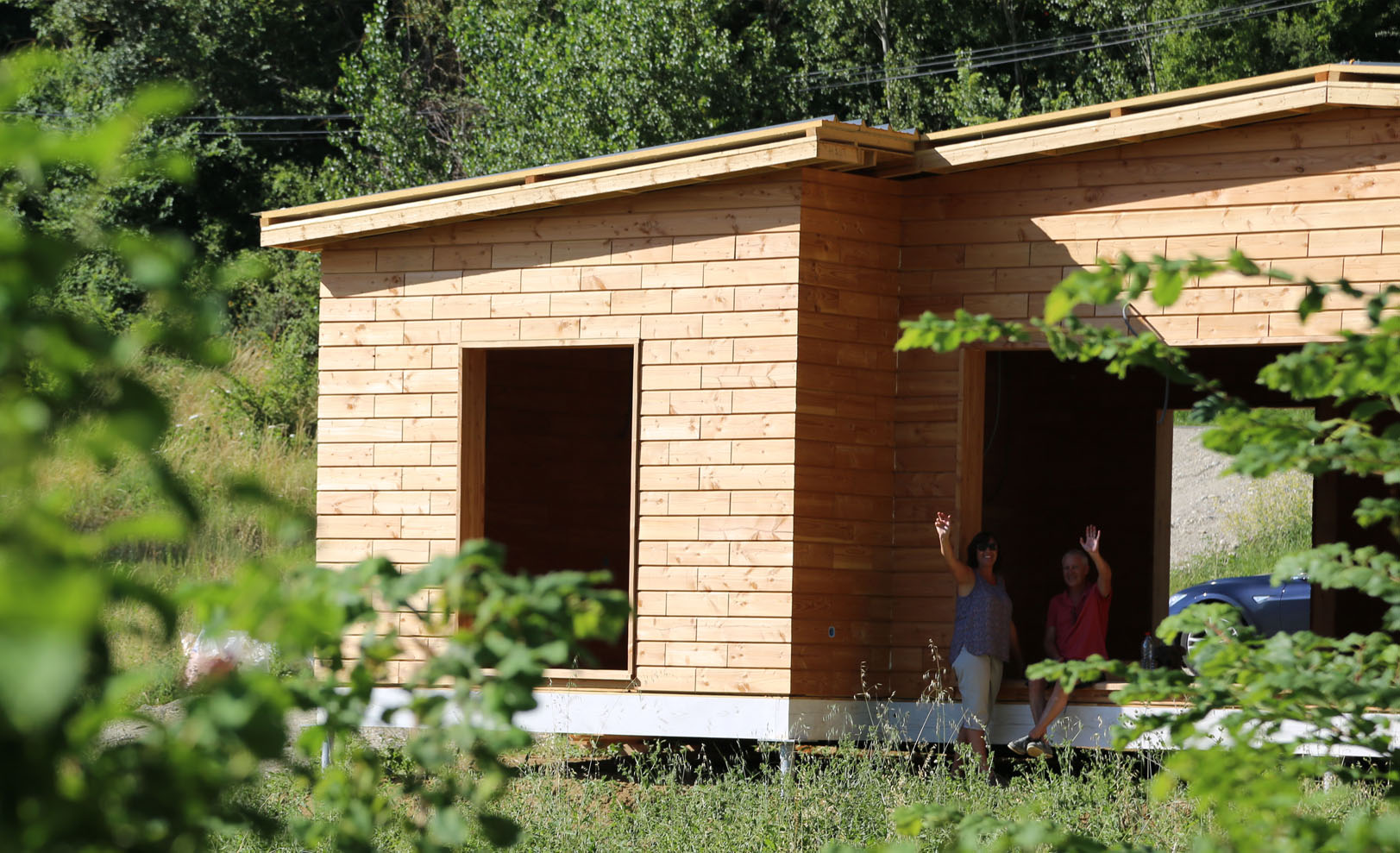 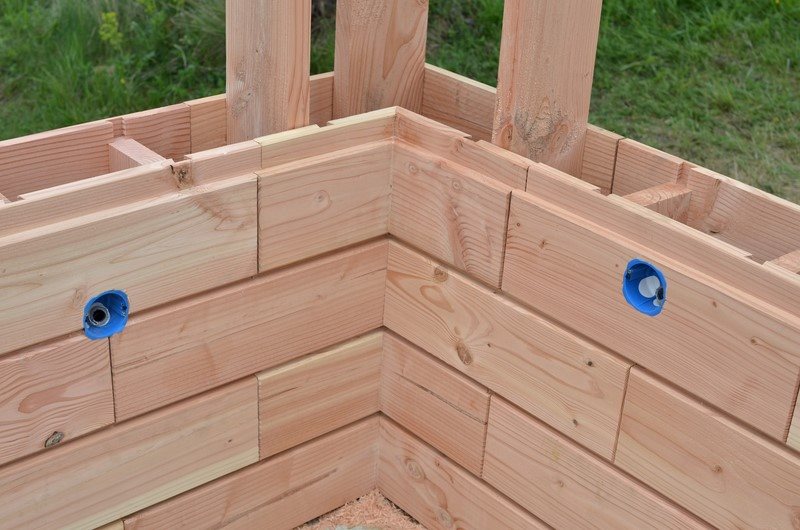 Lots of modular building systems use stackable components made of composite materials to eliminate the need for nails, screws and other fasteners. But almost none of them use wood like Brikawood, a a system of wooden bricks that lets you build an entire house with just a handful of tools. The interlocking pieces of wood snap together so firmly, they become totally rigid with mechanical, acoustic, thermal and anti-seismic properties, and you don’t even have to add any cladding or membranes. The walls are instantly finished on both sides.