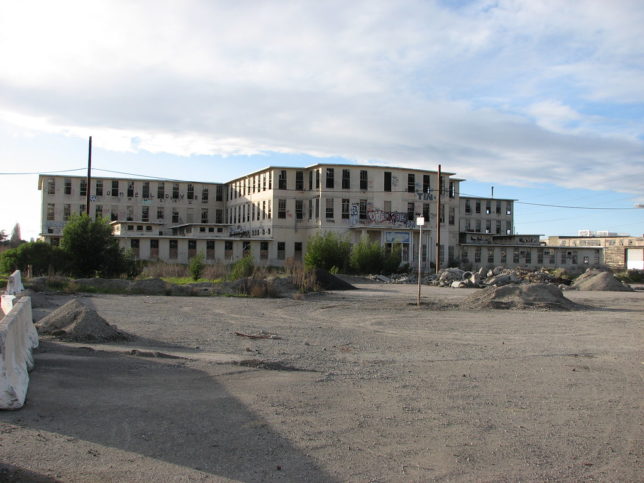 Redeveloping ANYTHING is California these days is (to use an appropriate metaphor) like pulling teeth, and the closed and abandoned NAS Alameda was – and is – a classic case. Since the base closed, the City of Alameda has been attempting to deal with a large number of redevelopment roadblocks and land-use constraints including soil and groundwater contamination, wildlife refuge buffer requirements, geotechnical issues, 100-year flood plans, and meeting the needs of existing residents and leases… just to name a few. 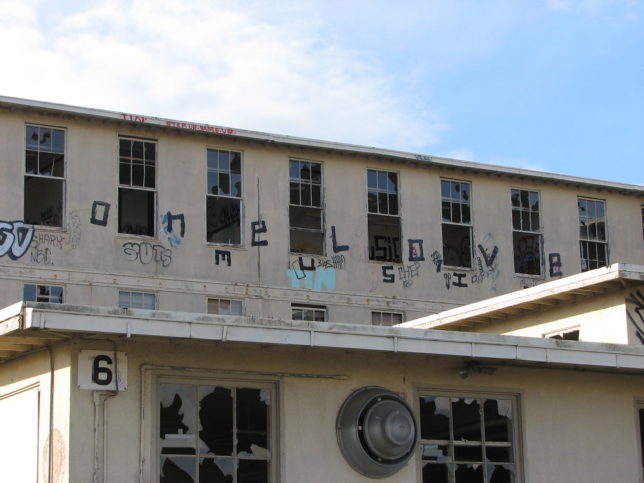 That said, some interesting activities have taken place at the old base and in its constituent abandoned buildings. For example, the MythBusters TV program occasionally utilized the “Alameda Runway” (actually various disused runways) to conduct vehicle-related testing. In addition, producers of the 2003 film The Matrix Reloaded cobbled together several of the old runways to make a 2.5 mile long simulated freeway loop – since dis-cobbled, er, discombobulated? 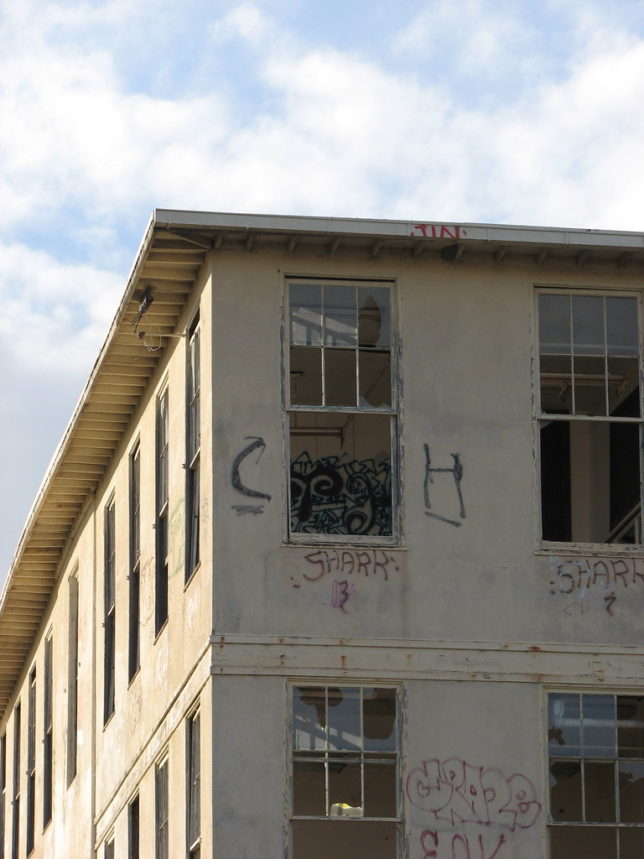 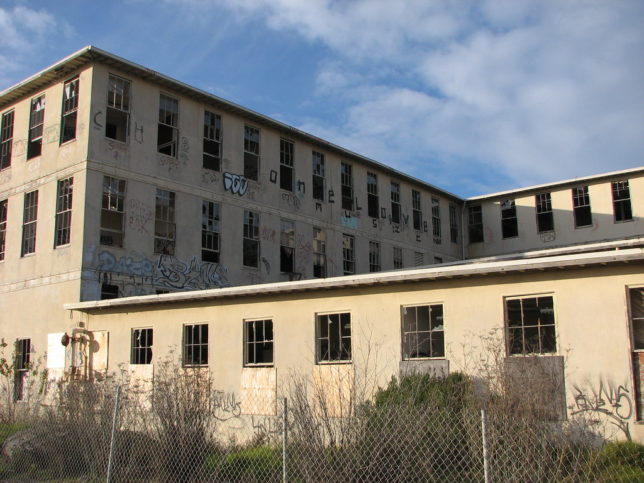 Thrill-seeking teens and assorted transients took to hanging out at the so-called “haunted insane asylum”, while persistent rumors of “dead bodies” found in the building were repeatedly denied by local police. As issues at the old Navy FISC Administration Building began to mount, the City of Alameda put on a renewed push to surmount the many remaining legal obstacles and, at the very least, demolish the building pending further action.

Fire in the Whole 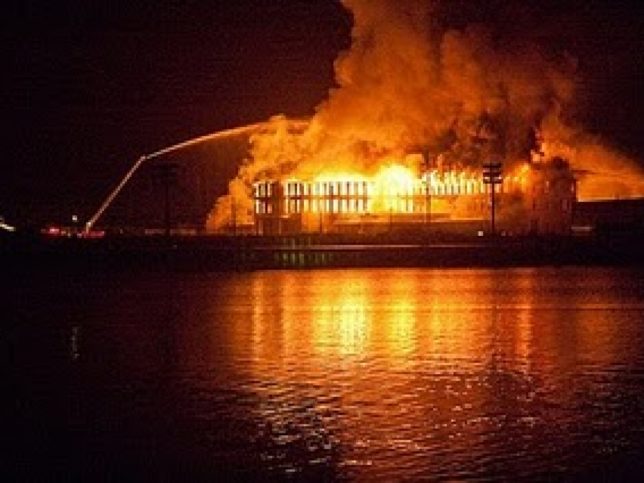 Their wishes came true (sort of) on the early morning of May 29th, 2009 when a fire of unknown origin (we’re looking at you, Blue Oyster Cult) roared through the by-now-windowless structure. Firefighters took their time putting out the blaze. “There’s no life hazard here,” stated Division Chief Rich Zombeck of the city’s fire department, adding “we’re not going to put firefighters in harm’s way to protect an abandoned tear-down building.” One might say… the place didn’t have a ghost of a chance.