In Japan, digital megaliths emerge from the floor of an abandoned bath house, coming alive with animated flowers and water in a beautiful mash-up of light art, projections and abandoned places. Multidisciplinary collective TeamLab designed the work to continuously render in real time, so it’s neither pre-recorded nor on a loop. 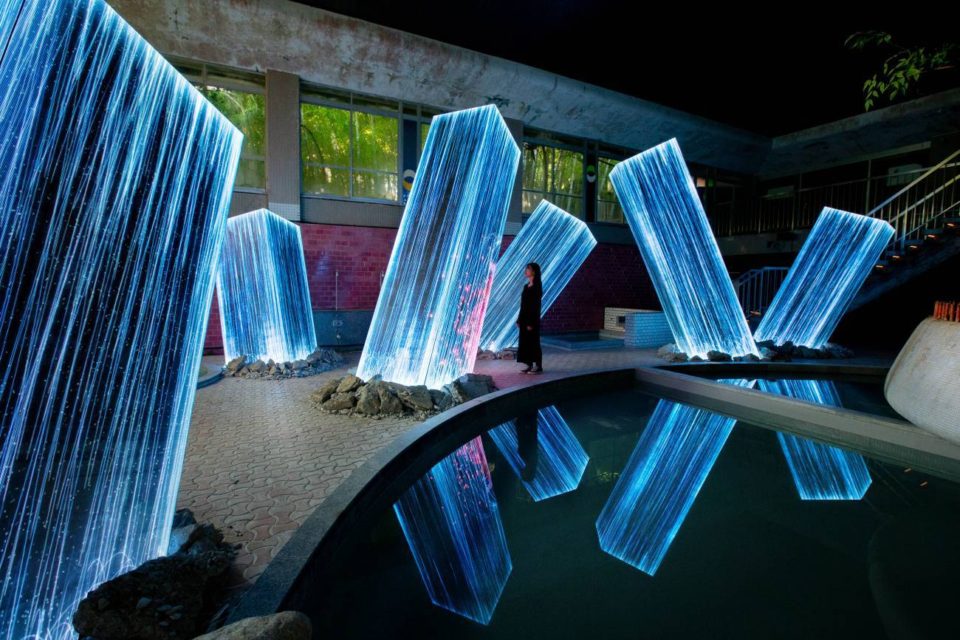 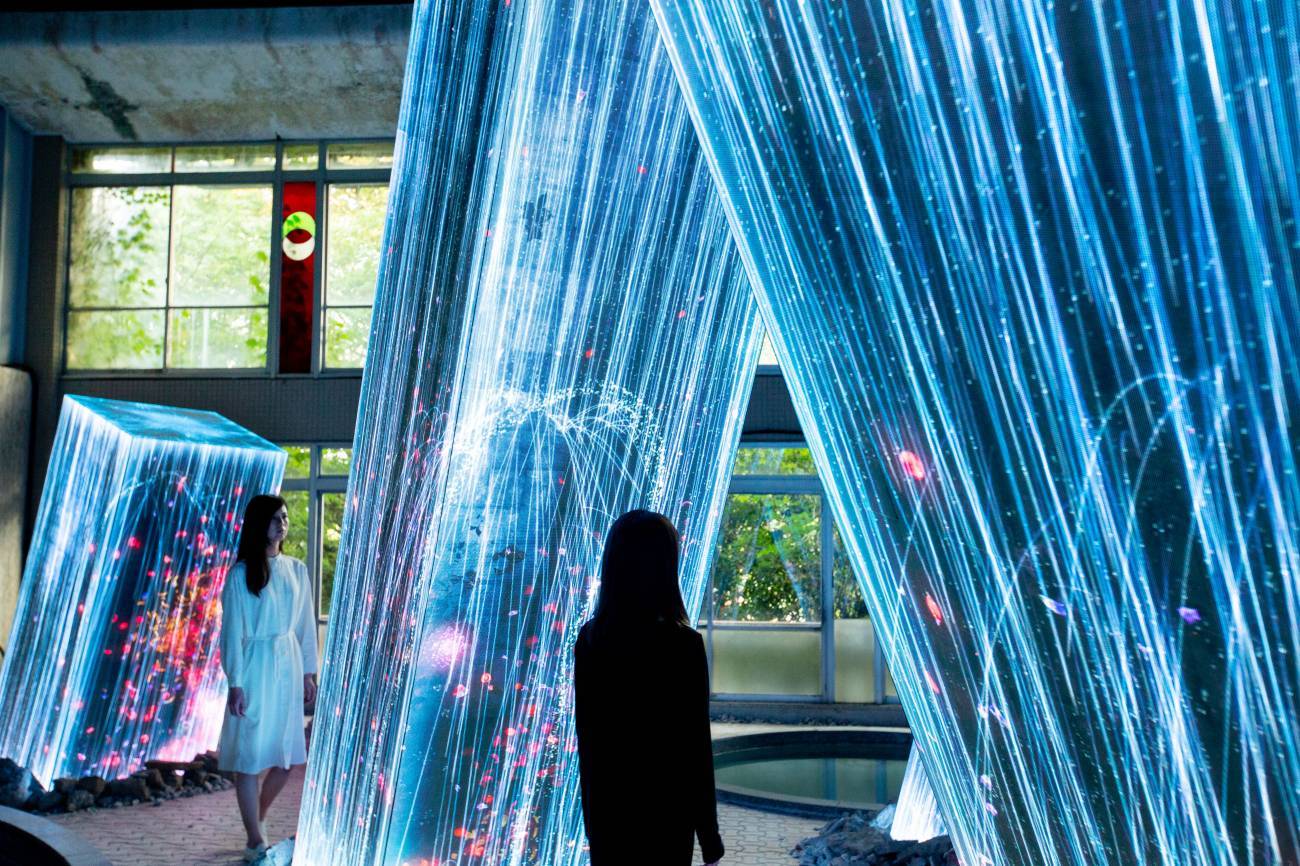 The concept of the project is that non-material digital technology, i.e. TeamLab’s illusory projections, can transform nature into art without harming it. While “Megaliths in the Bath House Ruins” inserts strange illusory structures into an abandoned space, “Graffiti Nature,” another exhibit in the show, imagines local endangered wildlife as living graffiti. As seen in the rest of TeamLab’s work, the projections are interactive, moving and changing according to the way visitors move, so the show is never exactly the same twice.

TeamLab speaks of the bath house and its forested surroundings in terms of “space-times,” exploring the relationship of this particular exhibit to its larger “A Forest Where Gods Live, Ruins and Heritage, The Nature of Time” show.

“The forest surrounding the bath house ruins is home to 3,000-year-old trees, and it changes daily with the imperceptible, slow flow of time, repeating every year, as a space where the endlessly long time accumulates. The ruins from ages past scattered in the forest and the Edo-period garden which remains today each have their own respective space-times. The bath house was made in modern times, but after just a short period, it was abandoned, becoming a space-time where time had stopped completely. And this group of megaliths is also a mass made up of compressed space-times where the flow of time varies. Here, various space-times intersect and overlap.” 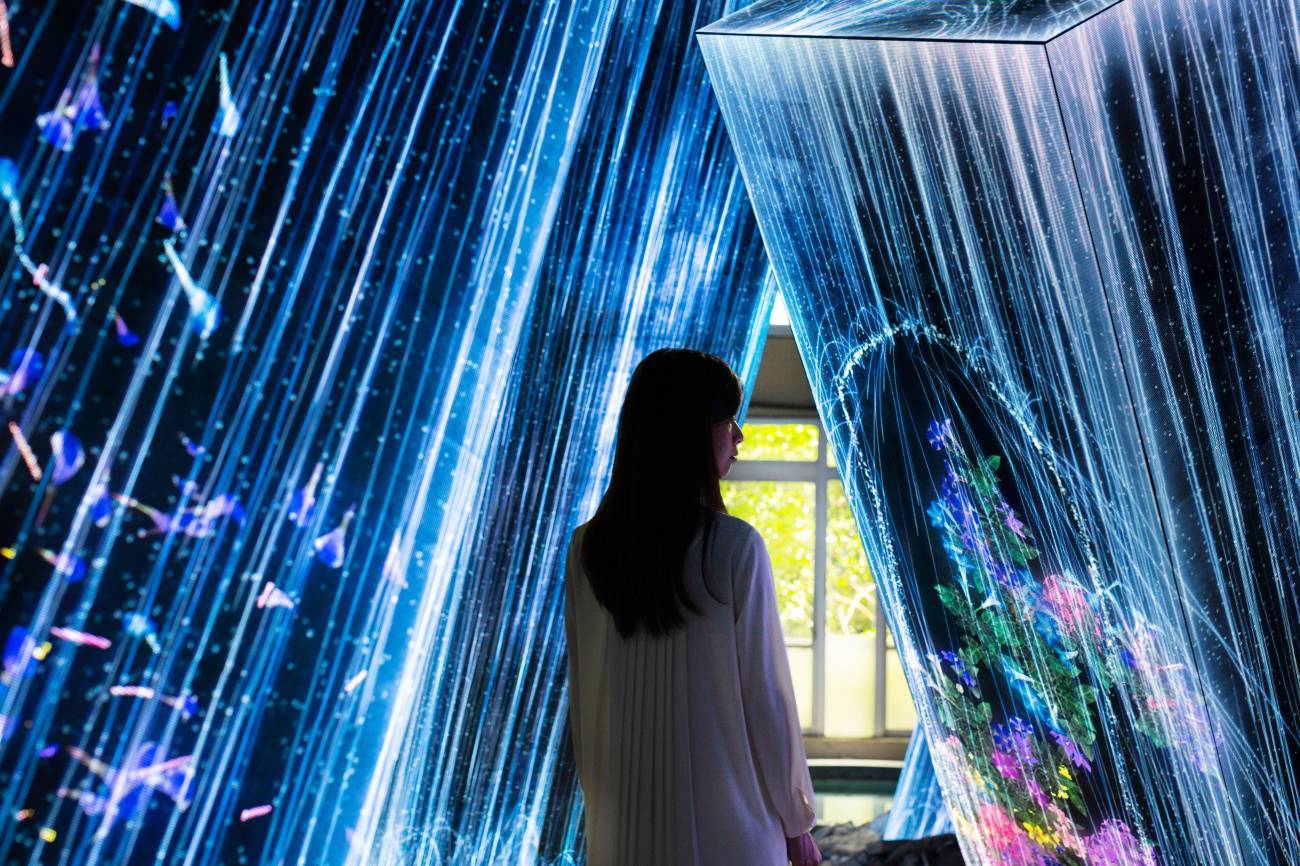 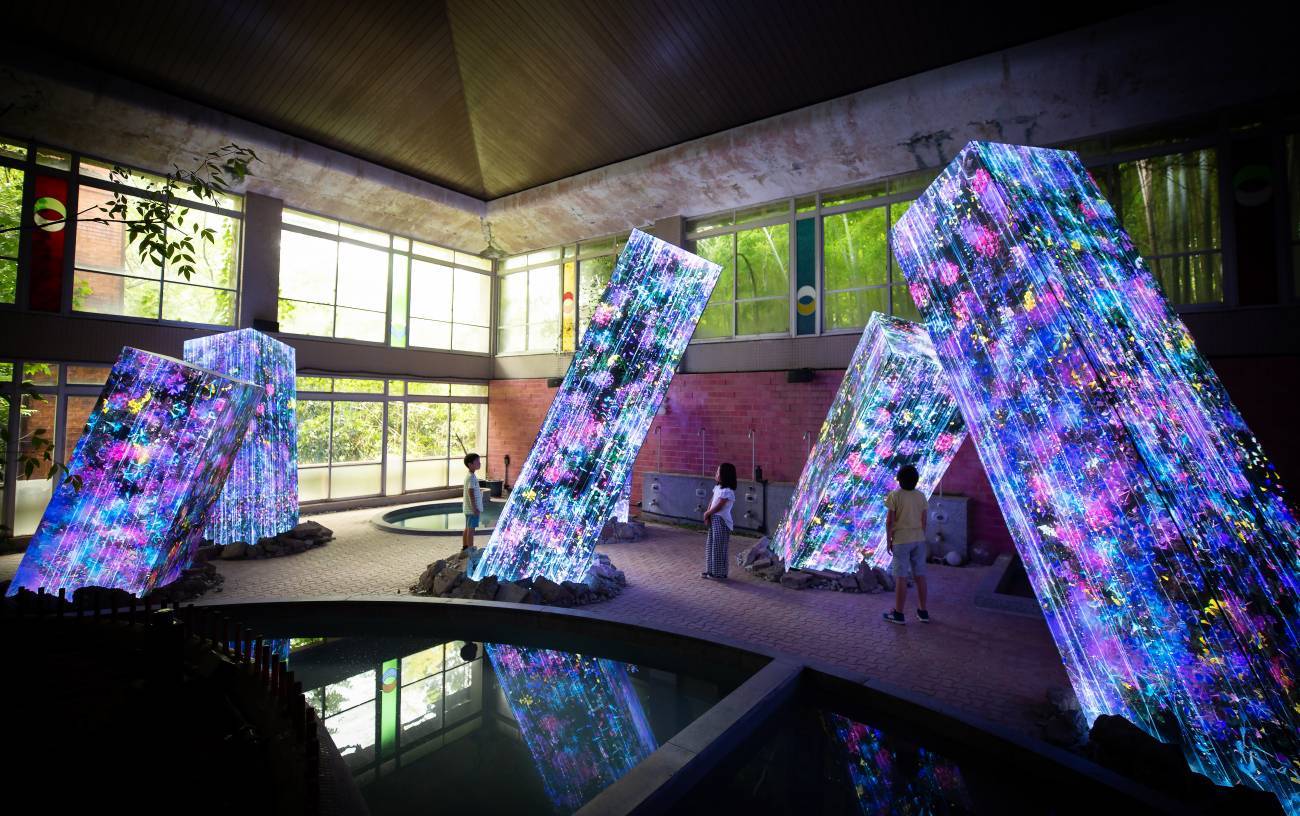 The show takes place at the 500,000-square-meter Mifuneyama Rakuen Park, which includes the famous 3,000-year-old sacred Okuso tree of the Takeo Shrine and another 300-year-old sacred tree located at the center of the garden. TeamLab is particularly interested in the vague boundaries between the manicured garden and the wild forest, and between our current time and the experiences of the people who have interacted with the space over millennia. 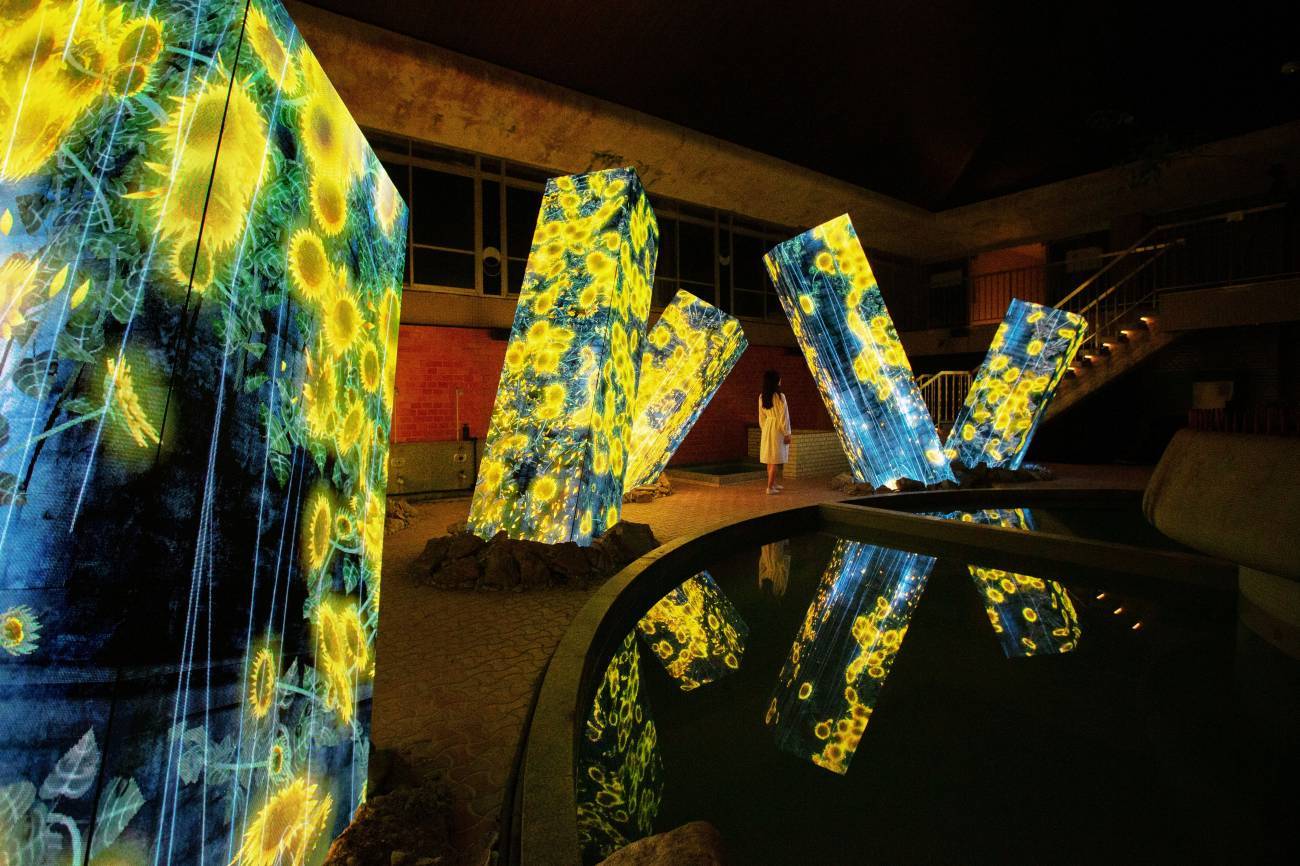 As with any TeamLab exhibit, there’s a lot to see here. Check out the video of “A Forest Where Gods Live” for digital projections onto natural spaces within the park, and head to the group’s website for lots more photos, videos and info.