Food trucks need to step up their game lest the edibles prepared behind the grill lose out to competitors with flashier paint jobs and more memorable names. 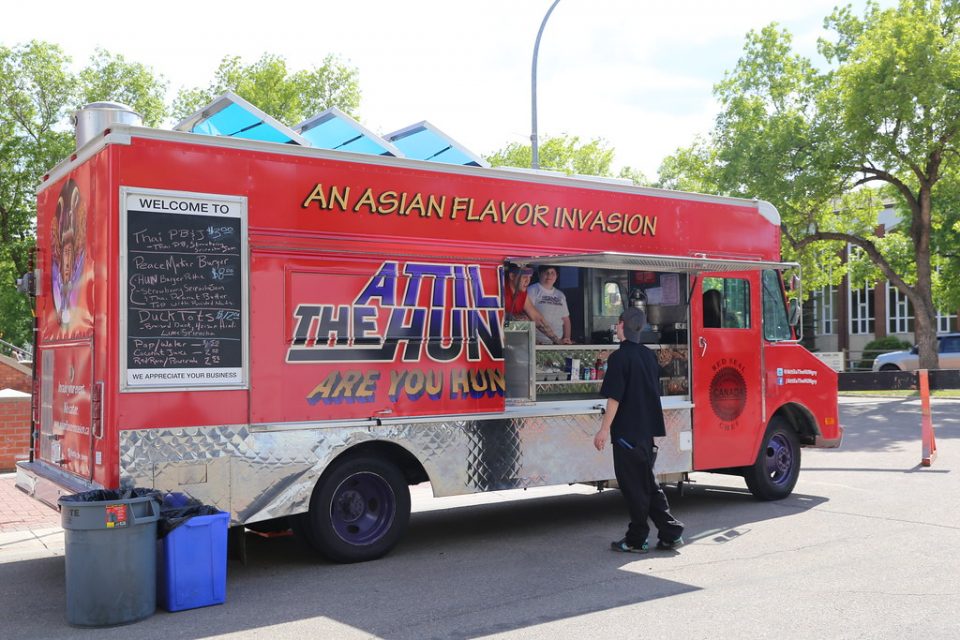 Are you ready for “an Asian flavor invasion”? It sure beats a British invasion, assuming the latter involves British “food”. But we digress… Attila The HUNgry serves up a ravening horde of fusion foods like their signature Thai PB & J, made with Thai peanut butter and strawberry Sriracha jam. Sounds like that could turn hungry feelings to hangry ones but at least they’ll never run out of Hun puns. Flickr member Mack Male photographed – and possibly pillaged – this aggressively red food truck in Edmonton, Canada, during the summer of 2014. 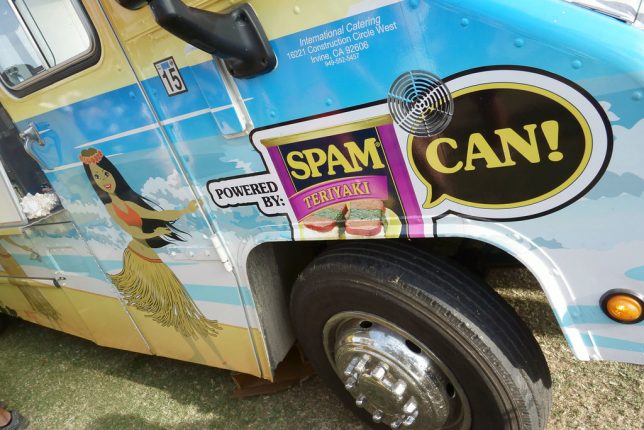 Serve canned pork loaf from a mobile platform and price the offerings accordingly? Brilliant! Hey, sushi is sushi, even if it’s Spam Musubi, so get yer wallet out if you wanna chow down. Flickr member Sam Howzit spied the Aloha Plate food truck at Coachella 2014, which is undoubtedly the ideal place to serve sushi made with Spam. 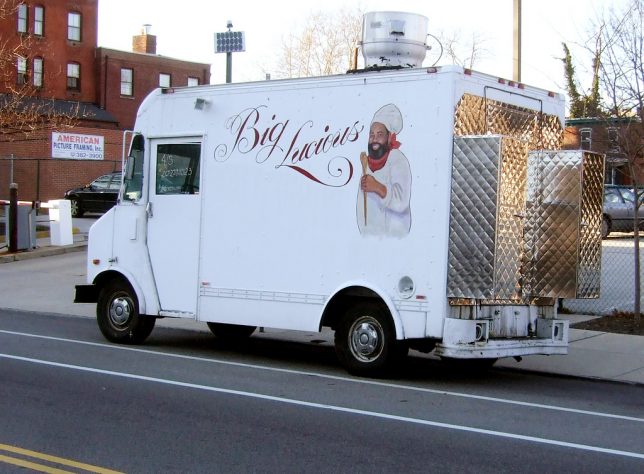 According to Flickr member Ezra Wolfe, “Big Lucious belongs to the third-tier syndicate known as the Oryza Kings, where he is a ground-level distributor selling sticky rice directly to the public.” That may or may not be entirely true (though we really, really hope it is), but the copious quilted foil cladding and enormous extractor thingy on the roof indicate the eponymous owner’s definitely cooking up something special inside. 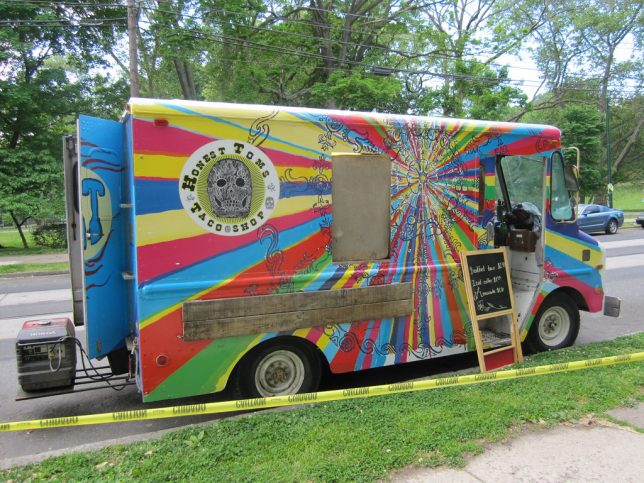 If the Grateful Dead had a food truck, it would probably look a lot like this though using a VW Microbus would have completely nailed it. That said, Honest Tom’s Taco Shop’s pushes all the right buttons from the LSD-lightful paint job to a decorated grinning skull right out of Dia de Muertos. Gotta love their menu board too: breakfast tacos and iced coffee are a classic post-hangover meal. Flickr member Ezra Wolfe snapped the flashback-inducing roving roach coach in May of 2010. 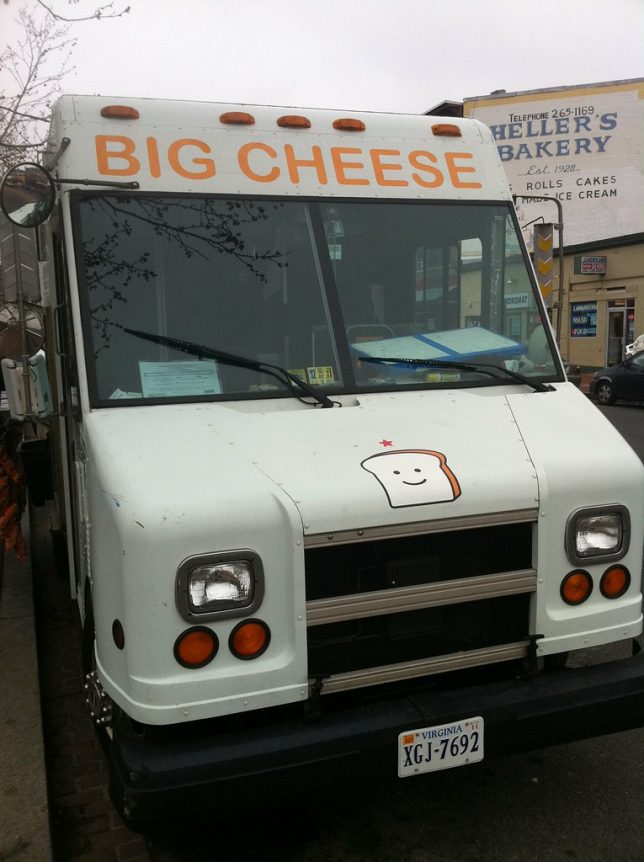 You can’t get more understated than the Big Cheese food truck, shown here at PopaPalooza… a convention-style event for the Funko community. Indeed, even Funko fans gotta feed their faces sometime and nothing satisfies like cheese in all its deliciously odoriferous permutations. Yes whey! Those reluctant to accept cheeses as their gustatorial savior can seek solace via the truck’s Nutella with Roasted Banana sandwich. Flickr member justgrimes caught up with the charmingly minimalist food truck in April of 2011.