Me Feed You Long Time 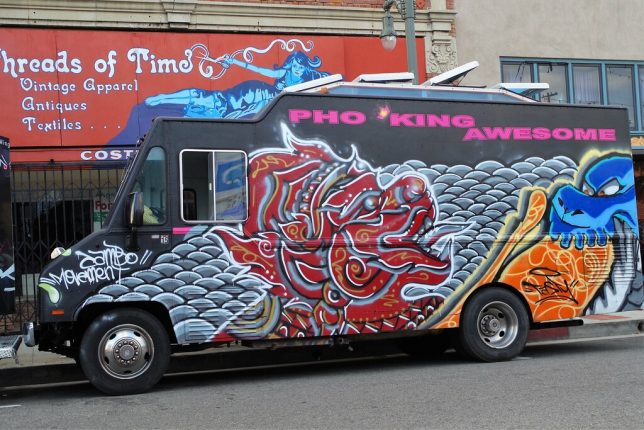 Have you seen this food truck? Because it is Pho King Awesome! Even more so once you realize the word “Pho” is actually pronounced “fuh”. Now that we’ve gotten that out of the way, check out the Pho King graphics on this here food truck! Fun fact: the term “food truck” starts with f and ends with uck. Fight me. Flickr member joey zanotti captured this bangin’ broth barge in May of 2016.

If You Knew Suzi 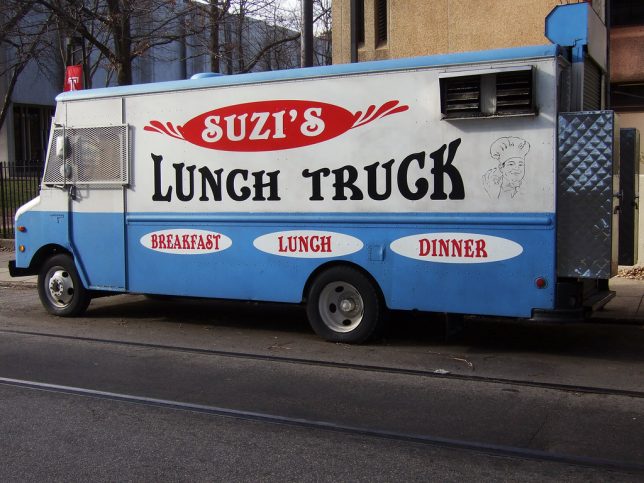 KISS (“Keep It Simple, Stupid”) is a time-proven recipe for success, and Suzi of Suzi’s Lunch Truck appears to have embraced the theory lock stock and two smoking barrels. In-your-face graphics, contrasting colors and an unambiguous message combine to proclaim Suzi’s Lunch Truck is THE truck to stop at for lunch. And, er, breakfast. Dinner, too. Dammit Suzi, you had one job! Flickr member Ezra Wolfe snapped Suzi’s bold attempt to serve ALL THE MEALS in Philadelphia’s Templetown neighborhood back in early 2009. 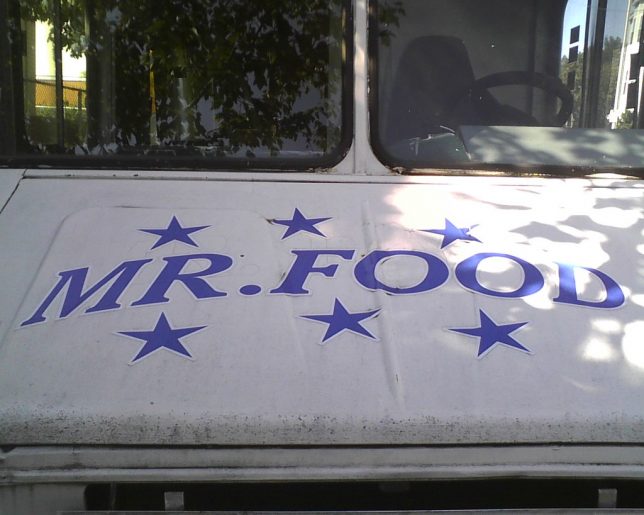 “Call Mr. Food, that’s my name, that name again is Mr. Food.” Hey, it worked for Homer Simpson so why not for some poor schmo who only wants to pay off his truck purchase by selling food… or, say, food-like substances. Since we all know “Simpsons did it first,” we’re guessing Mr. Food eventually lost his mojo to a back-stabbing, bigger-truck-owning buddy calling himself Food King. Flickr member My Lil’ Rotten captured the hood graphic of this somewhat sketchy food truck in September of 2011. 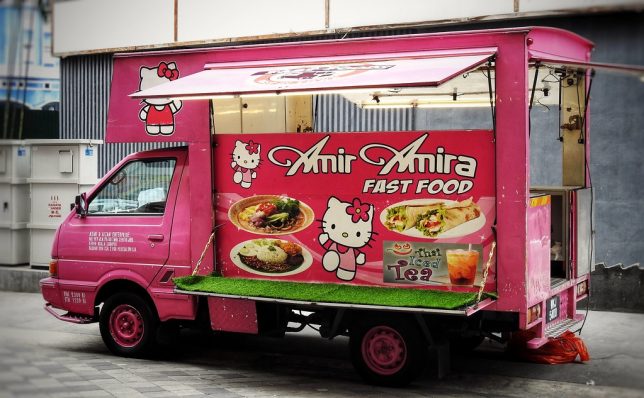 What’s pink, cute, and delicious? Hello Kitty of course – roasted, broiled or served en flambe. It’s easy to ignore the howling ‘cuz the ubiquitous queen of kawaii has no mouth, but it must scream. No doubt the late Harlan Ellison would be impressed or horrified… probably both. Flickr member Dennis Sylvester Hurd was “still wondering how Hello Kitties taste” when he snapped the above pic in Kuala Lumpur, Malaysia, in March of 2019. 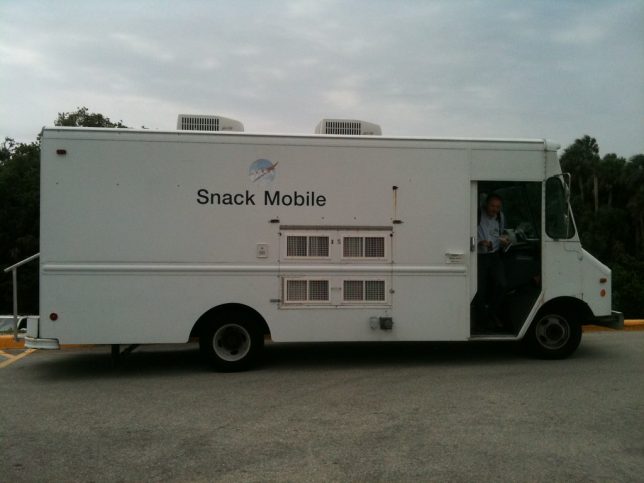 Will this NASA food truck give you NAUSEA? More to the point, if this is the next Mars rover, maybe we should, like, send some astronauts there first so the plain-jane “Snack Mobile” will have some paying customers not named Marvin. By the way, anyone patronizing this governmental entrepreneurial endeavor can look forward to forking over upwards of a grand for some past-their-expiry-date Space Food Sticks. Not forking cool, NASA! Flickr member dennis crowley photo-documented this subtle and understated food truck in ultra-low Earth orbit back in April of 2011.